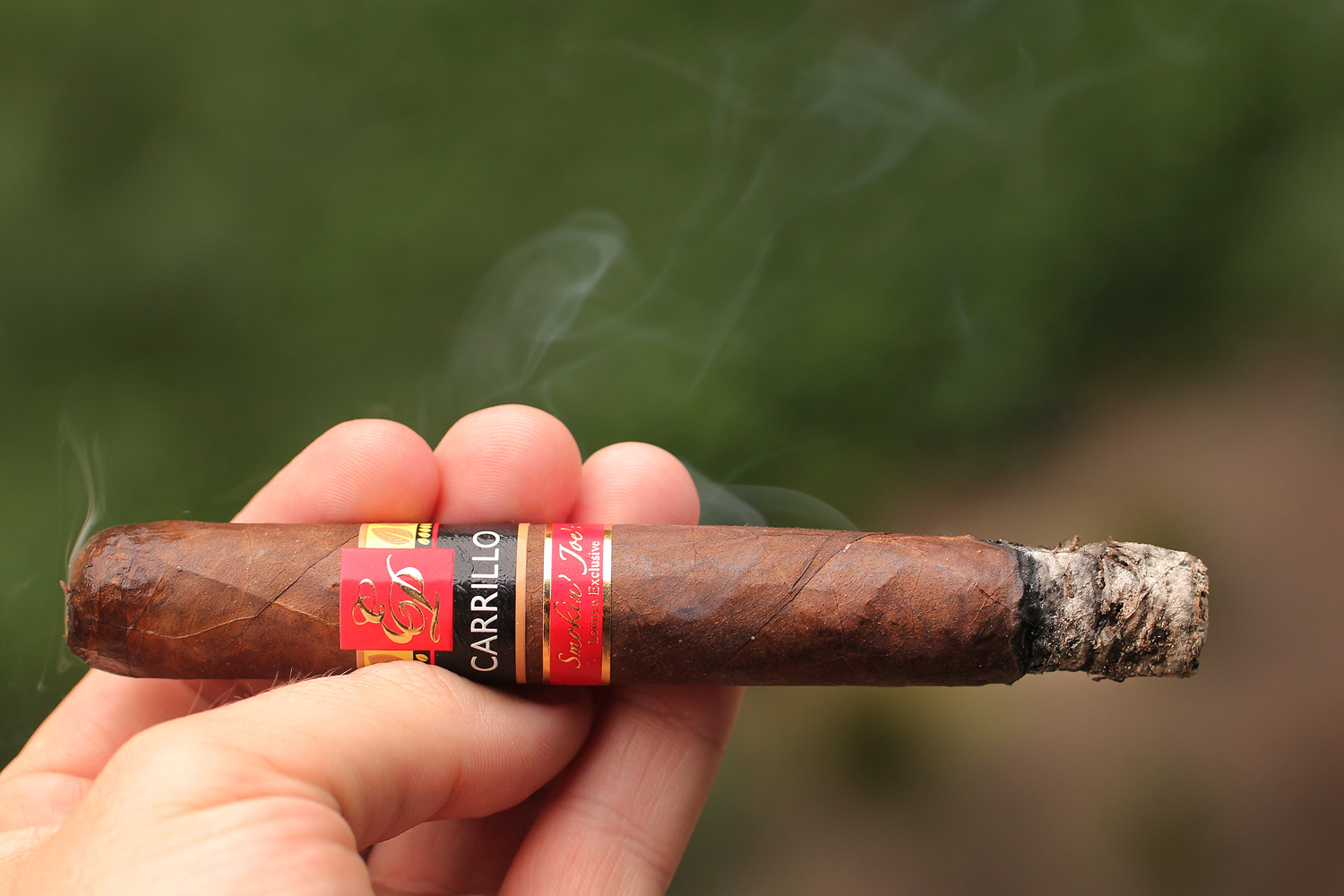 It’s been a busy 12 months for Mike & Cody Hicks, the father-and-son team who operate a three-store operation in the Knoxville, Tenn. area. Just about a year ago, their Smokin’ Joe’s location in Aloca, Tenn. became the first E.P. Carrillo branded cigar lounge in the world, and in February, it was announced that the store would be getting its own E.P. Carrillo Lounge Exclusive cigar, which I reviewed here.

Here’s what I said about the E.P. Carrillo Smokin’ Joe’s Lounge Exclusive back in March:

Quite simply, this is another winner from E.P. Carrillo and is a fitting cigar for the first lounge to bear the company’s name. The flavor progression is outstanding and keeps the palate engaged from start to finish, never getting out of control save for that one big hit of pepper at the midpoint, which was still a darn-near perfect amount at just the right time. This sits in the same class as the Core Line, Dark Rituals and Cardinal as cigars that I would go-to without question and know that I’d be enjoying a great smoke. If you get the chance to try these, do so.

In August, Cody Hicks shared information about another new cigar project in the works, an annual E.P. Carrillo Limitada that would be made for Smokin’ Joe’s. That cigar is still in the works, with the hope that they can create a cigar similar to 2011’s E.P. Carrillo Edición Limitada, known as Dark Rituals, but in a Corona Gorda size. The biggest hold-up on confirming that project is the availability of the tobacco.

In October, it was announced that a second E.P. Carrillo branded lounge will be joining the Hicks’ portfolio, as they are remodeling their Smokin’ Joe’s Papermill location in Knoxville and it will get a treatment similar to the one their Alcoa location received.

The wrapper on the E.P. Carrillo Smokin’ Joe’s Lounge Exclusive seems a bit lighter than I remember it and without quite as much oily sheen, taking on a bit more of a coffee bean color. There Brazilian habano wrapper has a decent vein structure that is just big enough to let you follow the smaller veins into the leaf. It still feels well-filled with just a touch of give towards the foot, which is where the pre light aroma offers more of a orange citrus sweetness than I originally recall, with notes of soil and wheat following along. Air moves through the cigar well on the cold draw, with a coffee bean note standing out among the background notes of wheat and faint touches of spice.

I’m struck by a complex introductory note that is woody, peppery and delivers a note of coffee, all in the first few puffs. There’s a momentary retreat in flavor before ramping back up with pepper, some rich sweetness and a strong base layer of earth. The ambient smoke continues to have a very appealing baking-rack spice note, something that scored significant points with me in the original review. The flavor seems to find its comfort spot after about an inch of burn and stays true to it throughout the first half, with subtle additions and subtractions of pepper carrying it past the midpoint. In the plentiful smoke coming off the cigar, a noseful of white pepper seems to be the indicator that the second half has begun, reawakening the senses after a very enjoyable first half of the cigar, and something that is still found after eight months of rest. There’s a notable shift that brings on a more pronounced earth note and an overall uptick in flavor intensity, while the strength of the cigar picks up a bit as well. The chalk note is still present, and the white pepper continues to dart in and out of the equation, providing little oomphs that keep the senses and engaged while the keeping the flavor progression moving forward. The smoke becomes more aromatic in the final two inches or so, bringing back the idea of taking a trip down the spice aisle and getting a fantastic symphony of smells, with the white pepper and chalk note reprising their roles at times. The burn line has been sharp and even all the way through with no need for a relight or touch up, and the smoke production has been more than sufficient.

hen Ernesto Perez-Carrilo Jr. is on, he is on, and as I said in my original review, this is a fitting cigar to be found in the first lounge to bear the Carrillo name. There isn't a doubt in my mind that this would be the first cigar I would pick up upon entering Smokin' Joe's, and should you find yourself at Smokin' Joe's, there shouldn't be any doubt in your mind either. It has certainly evolved a bit during its rest, losing just a touch of the strength and sitting now at medium to medium-full, but that has also allowed for the some of the more detailed notes of pepper and earth to stand out and offers a similar yet distinct flavor profile. Given how this cigar has aged so nicely, I can only recommend the E.P. Carrillo Smokin' Joe's Lounge Exclusive even more so than I did in my original review.