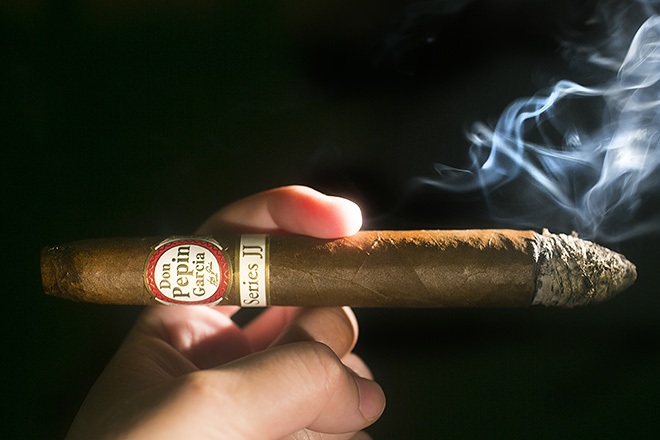 As is the case every July 22, members of the cigar world gather to pay honor to Jeremiah Cruz Jr., the late son of Stogie Review’s Jerry Cruz.

It’s my honor again to be reviewing a cigar for JJ today, here’s what I said two years ago when I reviewed the JJ Lancero:

In 2005, the newcomer Don “Pepín” García introduced the Series JJ, a cigar that he worked on with his son Jaime. (JJ comes from their two first names: José and Jaime.) It would quickly become the most popular brand for El Rey de los Habanos, the first of Pepín’s companies.
Freud famously said, “sometimes a cigar is just a cigar.” That’s just not true with the Series JJ. I’m privileged each time I smoke one of the white-banded Pepín creations to have the opportunity to reflect on the preciousness of life and the many blessings I am given. Each time is a few moments to honor the life of someone I never knew, Jeremiah Cruz Jr. Many of you know Jerry Cruz, the fun and loving character at Stogie Review, and many of you know the story of JJ, his Little Robusto. Jeremiah Cruz Jr. was born on July 22, 2007, and three months later he tragically passed away of Sudden Infant Death Syndrome, commonly known as SIDS. You can read Jerry’s postfrom when his son was born, and about how he smoked his first Series JJ. Then you can read about how fragile life can be in Jerry’s “Final Goodbye” — and then you should take some time before you keep reading this review.
After reflection, you can learn about the immense good in the cigar community. Every year on July 22nd, the cigar smoking community gathers in support of Jerry and his family by smoking a Serie JJ with him. The most recent year raised close to two thousand dollars for SIDS, and you can donate to the American SIDS Institute here. I was privileged to partake last year, and I look forward to honoring Jerry’s Little Robusto again this year. #jj4jj

Last year, I reviewed the Series JJ Salomon from a May 2006 box, this year’s Redux comes in the form of looking at a cigar from a much newer box, 2010. Here’s what I said:

For the most part, I have loved the early Series JJs. The Lancero is still smoking absolutely sublime right now. I think the tobacco was just better back then and in both the Robusto, Belicoso and Lancero formats—the cigar is one of Pepín’s all-time best. That being said, this was underwhelming. I was really hoping for the complexity and balance so elegantly shown in the older Robustos and Lanceros and it just wasn’t there. The flavor is good, developed and clean—but the changes are few and the blend just doesn’t provide too much excitement. Ultimately, that’s not what it’s about. For a little over two hours, I got to sit down with a good cigar and reflect. There is a score, and some thoughts about what the cigar tasted like, but every July 22nd—that all seems rather irrelevant. #jj4jj

I actually purchased the box from site sponsor Superior Cigars, when I realized they were closing out the Salomones boxes at less than $90.00 a box, a decent discount considering the cigars normally sell north of $20.00 per piece. 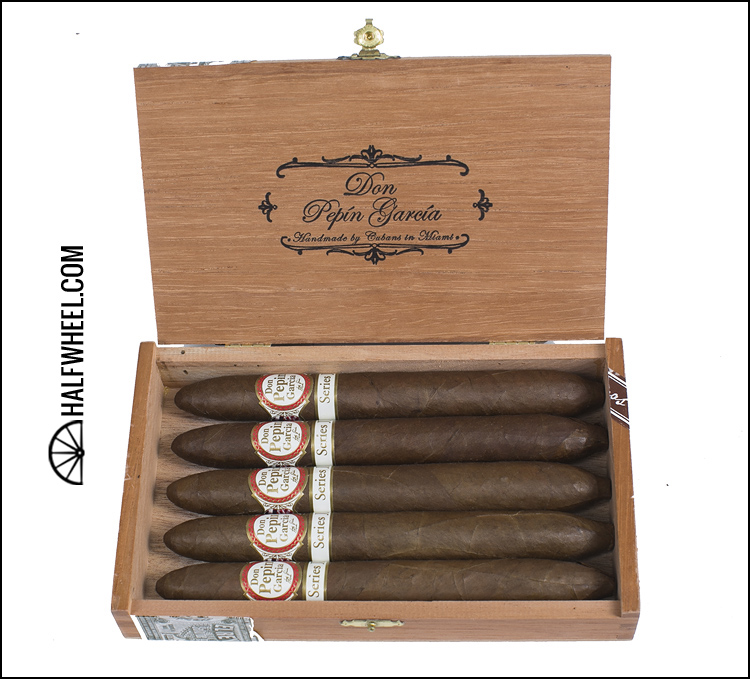 There’s a lot of cedar coming off the wrapper, which makes sense, given these cigars had been in the box until I pulled a few out to share amongst friends earlier today. As is so often the case with the older Pepín-made cigars, the cold draw is incredible: tons of sweet cocoa, a lively fruitiness and a touch of black pepper on the front of the tongue. Unlike my experiences last year, this box had a great resistance and the draw was about as ideal as could be.

The JJ Salomon started out dark with cedar, pepper and a bit of harshness. Not so surprising, the cedar is the dominating note for most of the cigar. At times it’s overly sweet, at other times, more of a rotting wood. Unfortunately, outside of some harshness, there’s never a consistent secondary note and never real any flavors that compliment the cigar. The sweet cocoa and fruitiness from the cold draw, completely gone. By the final third, there’s a great mustard note, but it stays around for about three puffs through the nose, never long enough to really make me like this cigar anymore. 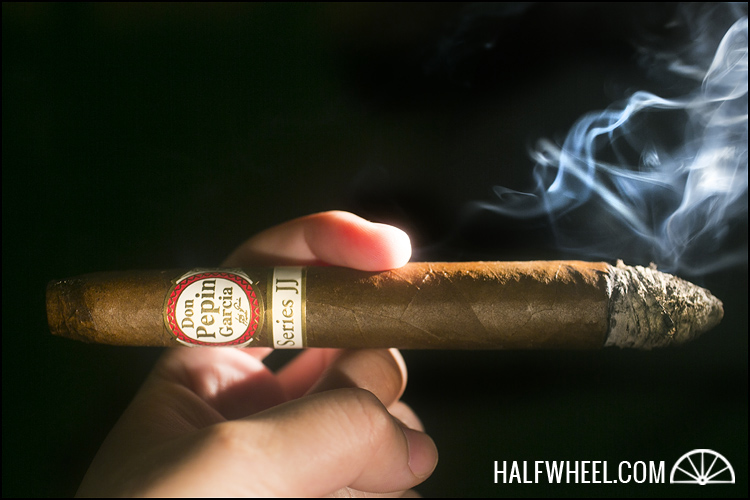 Construction is pretty good. Draw and smoke production are both well above average and while there are a few corrections to the burn, over the course of the two and a half hours it took me to finish the cigar, it wasn’t really a problem.

As I said last year, the earlier cigars and the modern, newly-banded counterparts, are different cigars. The 2010 example was much stronger than the 2006 examples, but neither were good. Unlike last year, this cigar had wonderful construction, much like last year, the flavors were rather boring and more importantly, didn't make much sense. My biggest issue with the JJ Salomon is that the flavors never do much to make me want to keep smoking the cigar, something that's criminal when you are talking about the $20.00 price tag. Still, when you get a chance to sit down for two hours and think about the bigger picture, scores don't matter. Not for this cigar on this day.