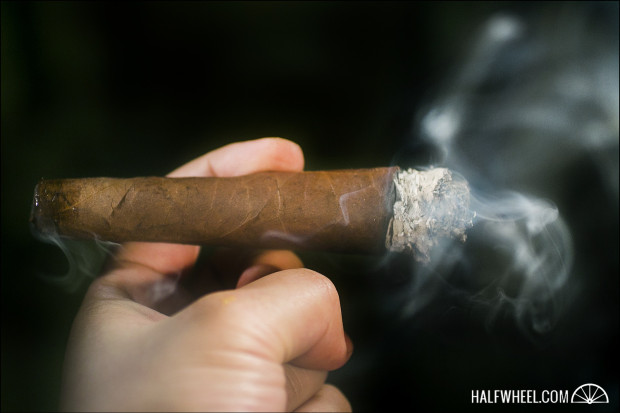 In December, RoMa Craft Tobac shipped its latest creation, the CRAFT 2013 La Campaña de Panamá Soberana. Creation it is, a combination of the company’s Aquitaine, CroMagnon and Intemperance lines into a single round perfecto package.

The cigar uses all the tobaccos the company uses on its current regular production offerings, with the exception of the Intemperance’s Indonesian binder. The wrapper is Ecuadorian habano normally founded on the Aquitaine. The strapless come from the Intemperance’s Brazilian ariparaca and Ecuadorian Connecticut wrappers.

The filler is six different leaves—split between two visos, secos and ligeros—that is mainly Nicaraguan, although contains some Cameroon. As for the CroMagnon’s Connecticut broadleaf wrapper, it serves as the CRAFT 2013’s binder.

The cigar is an annual release with a 2014 version expected this year. I reviewed the cigar in June and was not very impressed as far as RoMa Craft Tobac is concerned:

I thought this cigar would be a lot better. I think Intemperance is a phenomenal cigar, CroMagnon a unique cigar that I can appreciate without loving and find nothing wrong with Aquitaine, other than it’s my least favorite of the company’s lines. That being said, putting them together in one package produced something that makes me scratch my head a bit. While this is an enjoyable cigar—to me—it lacks the direction in each of the company’s other releases while carrying a price tag that is substantially higher than anything else RoMa Craft Tobac has done. It’s not an art cigar—the company already will have that for the show—but I can’t help but wonder if it suffers from the similar form/function issue. The La Campaña de Panamá Soberana is an impressive feat and a unique offering to taste components from all of a company’s lines, but for me, it fails the bar Martin and Rosales have set for themselves.

The cigar is rolled without molds, so each one has even further difference than your typical cigar. I did not find the sample smoked for the redux to be as rough as the one I first smoked, so that’s a step in the right direction. As far as similarities, the cigar still smells like leather, although much sweeter. From the cold draw, I can taste some of the ligero’s sweetness, a varnished cedar note and varying amounts of pepper, including a unique green pepper. It’s not the overwhelming pepper I once found, but it is once again ridiculously open.

Some sweet cedar, burnt toast, caramel and a bit of pepper begin the La Campaña de Panamá Soberana. I have no clue how to fix the draw, it’s wide open and to the point where I feel I have no control over the cigar and it’s not like I could reasonably cut off any less. The CRAFT 2013 shows more cedar than ever with the sweetness disappearing as the second third moves. I would have appreciated a less restrained pepper, but it’s nowhere to be found by the middle of the cigar. What’s left is a lot of woods in various flavors and a slight bit of burnt coffee. The final third turns out to be the winner, hopefully not because of the draw. There’s notes of saltiness, floral and earth to join the ever-present woodiness. For those wondering about strength, medium-plus in the first half and somewhere around full by the midpoint. 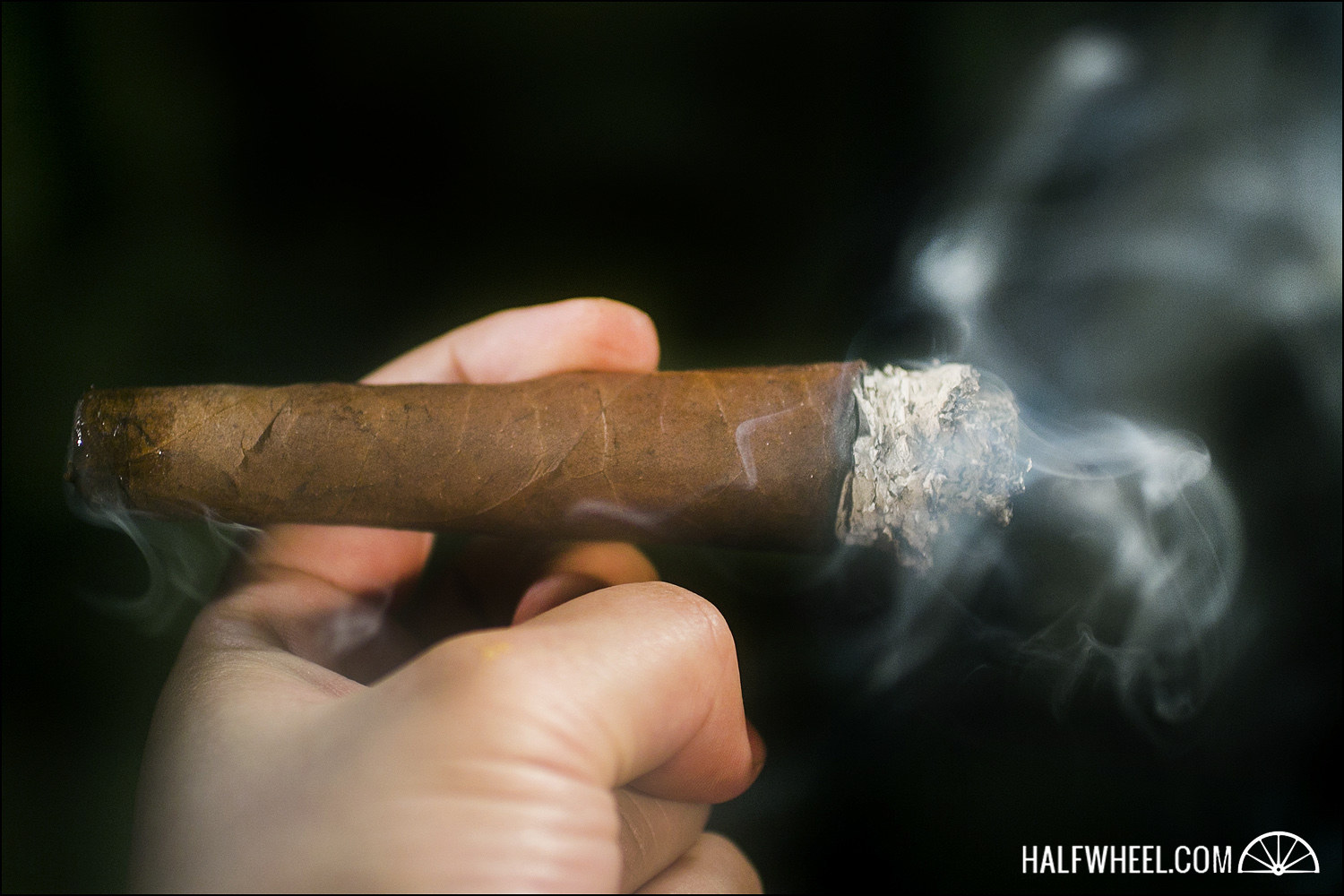 I love the story about how this cigar is made, but the CRAFT 2013 has consistently presented me with construction annoyances. The draw is just too open. There’s zero feel and I never get the feeling that I am taking a full puff. Then there’s the burn, which consistently gives my lighter a workout. It also takes forever, which only prolongs my struggle with the cigar. Smoke production is great, but not good enough to make up for the other annoyances. Apparently there was a smaller version of this cigar made, one I am really intrigued by as it might alleviate these problems.

Site sponsor Atlantic Cigar has the CRAFT 2013 in stock.

I was really looking forward to smoking more of these in hopes that the sample I smoked in June was an anomaly. So I smoked a few of these over the last month and am still unsure what the cigar was supposed to be, because I do not think it’s this. I find the flavor to be average, the construction to be somewhere between annoying and problematic and the overall package my least favorite cigar RoMa Craft Tobac has put out. The packaging is impressive and I like the way the cigar itself looks, but we don’t score cigars on packaging. Put all of RoMa Craft Tobac’s releases on a table and this is the second to last one I am picking up, after the Femur.