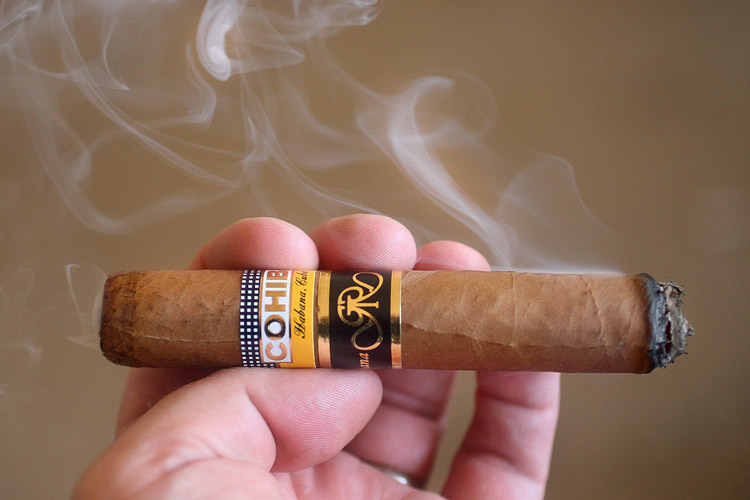 In February of 2009, attendees of the XI Festival del Habano in Cuba were given unofficial prereleases of the now legendary Cohiba Gran Reserva. The actual release didn’t ship until November of that year.

The Cohiba Gran Reserva was the first ever Gran Reserva released from Habanos S.A. consisting of the best Cuban tobacco leaves from San Juan y Martínez and San Luis harvested in 2003 and aged for five years before being rolled at El Laguito. There were only 5,000 boxes of 15 cigars released worldwide.

Here is what I wrote about the Cohiba Gran Reserva in my original review back in February of 2009:

The Cohiba Gran Reserva is easily the most complex cigar I have ever smoked. So many rich flavors that coexist in the smoke, but they don’t overwhelm you with their strength. Instead, they compliment each other in a way that I almost cannot describe. The flavors seemed to change with almost every puff, but it never got annoying, in fact, I was constantly trying to pick out specific notes for the whole stick. And while I don’t believe in a perfect cigar, this one is as close as I have come. I will be buying as many of these as I can get my hands on because for this stick, the hype is justified. 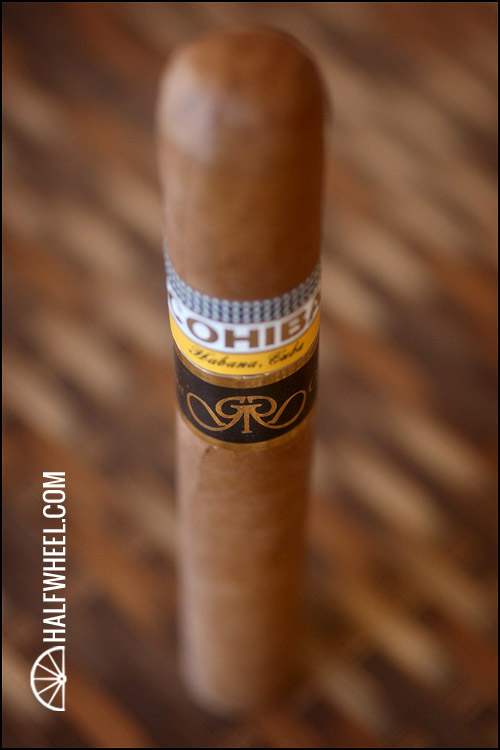 This sample of the Cohiba Gran Reserva is almost exactly like the last one with a gorgeous and seemingly perfect golden brown wrapper that is quite dry to the touch. There are a few more veins present than in the original sample, but not so many to be distracting. The Cohiba Gran Reserva features a great triple cap and has the perfect give when squeezed. Off the wrapper, there are notes of honey, spice, nuts and chocolate. 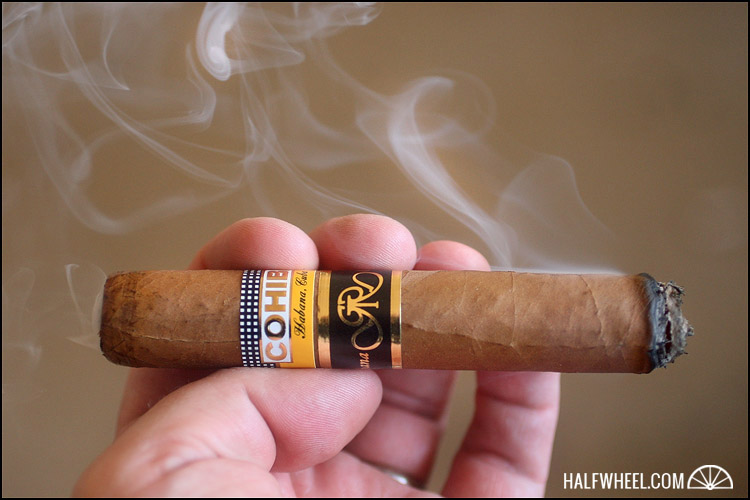 Like the first time I smoked this cigar, the Cohiba Gran Reserva starts off immediately with spice on the tongue and lips, although less than I remember from the first sample. The spice dies down quickly, and the flavors start to hit me like sledgehammers. Coffee, cedar, creamy nuts, citrus, sweet floral, leather, and yes, even a little of the honeysuckle that I noticed from the first time I smoked it. The notes came and went with almost every puff, never slowing down, but definitely changing intensity throughout the smoke. Just an amazing profile that really never gave me a chance to get even close to being bored. Construction was wonderful with a perfect draw and almost perfect burn. Strength was fairly consistently mild-medium for the entire cigar and never really budged above that.

While the aging properties of Cuban cigars are undeniable, I was unsure what I would taste in this cigar after more than two and one half years of rest. Would it be almost exactly the same, or has it been long enough to change the profile significantly? Well, it seems to me that the former was the case. This cigar, like the first Gran Reserva I smoked, was absolute bliss from beginning to end. Although there did seem to be a bit less spice up front in the profile, it was complex as could be, featured wonderful construction and is still easily one of the best cigars I have ever smoked in my life. I still don't believe in the perfect cigar, but the Cohiba Gran Reserva still comes as close as I have ever tasted and I am just glad that the flavors I loved so much from when they were released were still going strong. While they are great now, I do wonder what they will be like in another five years.