Back in December of 2010, I first reviewed the (then preproduction) Cain F Lancero.

This is what I said over a year ago about this cigar:

The interesting thing to me is how much in common, yet unlike the other Cain Fs this Lancero blend is.

I always thought when smoking other Cain Fs that they were a pretty good smoke, but lacking complexity and balance. Well, the Lancero delivers what I was wanting in spades and while it has some of the same core flavors, the lack of overwhelming spice and pepper that is detrimental to the other Cain F vitolas, along with a great underlying sweetness, is what pushes this stick over the top for me. An extremely enjoyable cigar that quite honestly, took me by surprise. Sadly, most cigar lovers will most likely never get the chance to try one unless Oliva decides to make it a regular production at some point in the future.

While Oliva originally announced the public for sale release back in June, the Cain F Lancero Tubos didn’t make their appearance until July at the IPCPR trade show. Yet, because of problems with the production of the Tubos, the Cain F Lancero release was delayed from an original Fall release until last week. Oliva has made it clear that they are only fulfilling orders placed at IPCPR making this a limited release.

The new Cain F Lancero looks identical in every way to the prerelase: same medium brown wrapper that is incredibly smooth to the touch and lacking any major veins and the same dark chocolate, espresso, spice and cedar smells from the wrapper. However, the newer sample has no evidence of a box press, likely because of the Tubos. 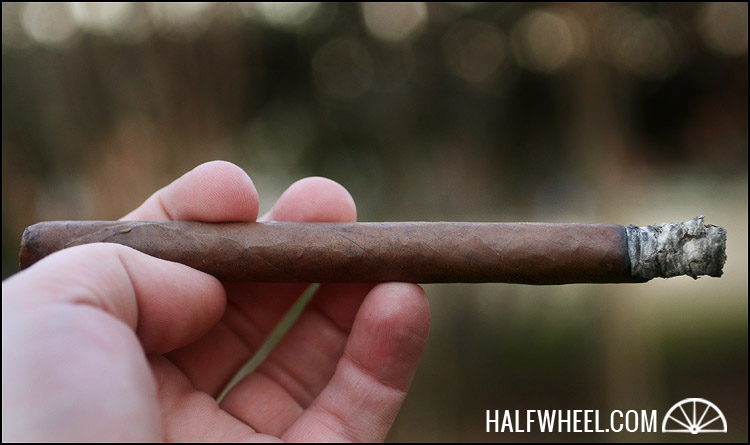 Flavors come quick and strong as soon as the Cain F Lancero is lit. Earthy and woodsy with leather and pepper on the retrohale. And thankfully that wonderful sweetness underneath all of the flavors is still present and perhaps even a bit stronger, which is a good thing. The flavors of the Cain F Lancero don’t change in type per se, rather each flavor changes in strength throughout the cigar. The strength is also very familiar and stays at a pretty consistent medium plus throughout the entire smoke. Construction is perfect with the draw and burn having no issues whatsoever.

The Bottom Line: When I heard these were being released as a regular release, I was a bit concerned whether Oliva could make the regular release as good as what I scored over a year ago. Well, I am happy to say, that the new versions are virtually identical to what I smoked back then. This is easily one of the best non-Cuban Lanceros on the market and when you throw in the astounding price of $6.00 each (even with the Tubo), these are a no brainer to buy by the box. You seriously can’t go wrong.

If you are looking for a box, all five of our sponsors should have boxes in stock. You can contact our site sponsors: