For the 2012 STUDIO TOBAC World Tour, if you made a purchase you were entered into a raffle where you could get prizes, one of which was a box of 10 Cain Daytona NUb 460s. When I first did the review back in 2012, that was the only way you could get your hands on the cigar. In 2013, the Cain Daytona NUb was one of the six cigars in the STUDIO TOBAC sampler that was given out with box purchases at events. This made the cigar significantly easier to get your hands on at least one, since all it required was a purchase and not winning a drawing.

Historically, we’ve seen other STUDIO TOBAC releases that have followed similar paths – a small release given away at events followed up by being included in the sampler and ending up with either a limited or full release. Having said that, last we’ve heard the Cain Daytona NUb is not slated for release at this time.

The wrapper still has the same delicate, smooth and slightly oily feeling to it. Giving the cigar a squeeze shows it is very firm without much give at all. Aroma off the wrapper is a strong barnyard note with a little bit of leather. The cold draw is exactly as I remembered it, with sweet tobacco and hay notes up front with a little cedar in the background.

Starting out the Cain Daytona NUb has notes of cinnamon, cedar, nuttiness and just a little bit of pepper. Overall, the profile is very sweet and creamy with some vanilla notes that join the previously mentioned notes about halfway into the cigar. Towards the end the cinnamon that was quite prominent in the beginning has shifted to more of a general spice note, complimenting the cedar, nuttiness and vanilla nicely. 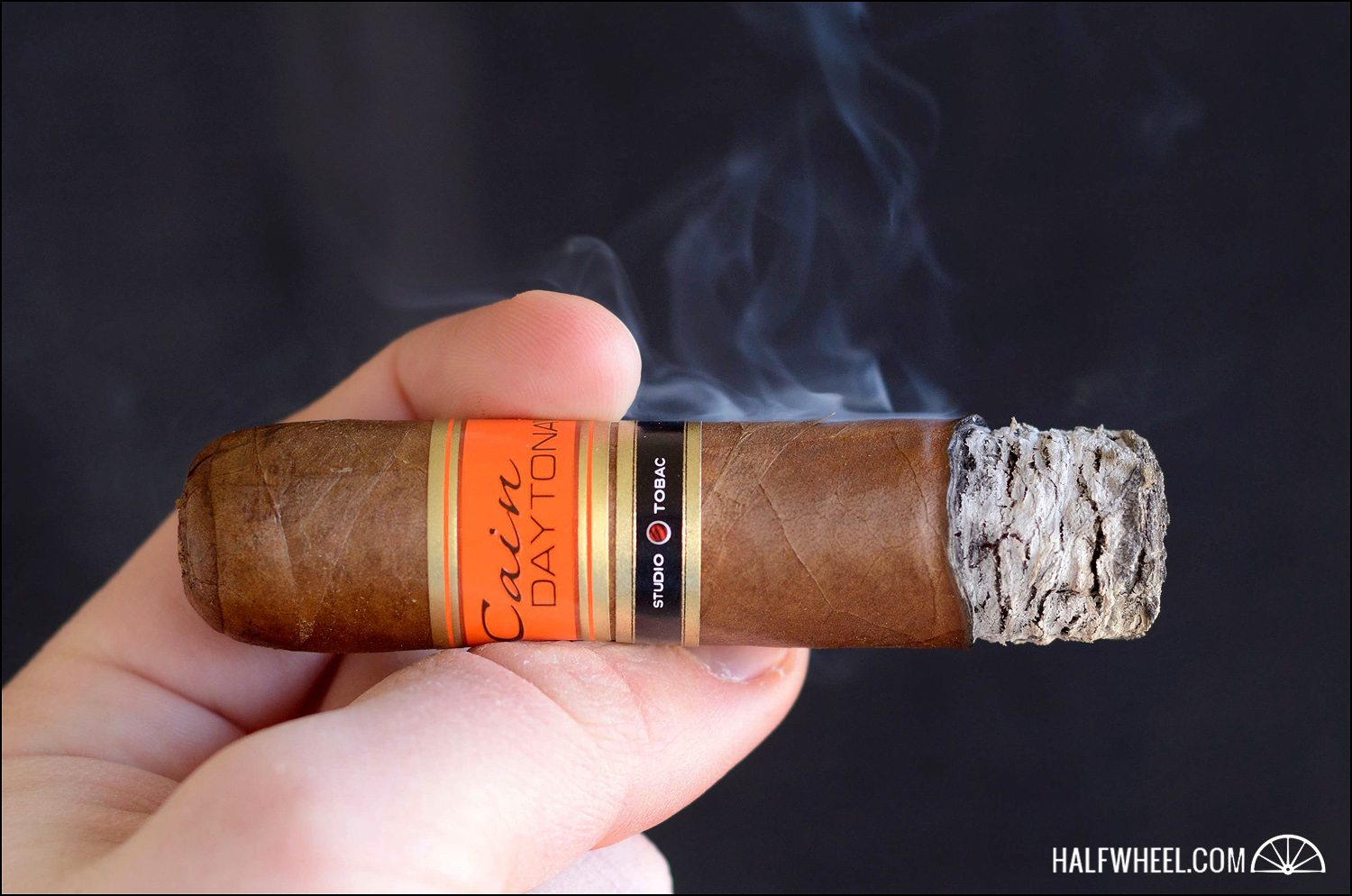 The construction of the cigar is on par with other STUDIO TOBAC cigars, which is to say great. The draw is good and the burn is great except for one minor touch-up early on. The large ring gauge allows for a slow, cool smoke that takes longer to smoke than the length of the cigar might imply. Only towards the end did the cigar get a little too hot, but I was still able to smoke it to the last three quarters of an inch.

This sample I smoked for the redux was from the original 2012 release and not the 2013 sampler. This was nice because I was able to see what effect a little over a year of time had on the cigar, which honestly wasn’t much if any. Some might be disappointed to hear that, however in this case the cigar maintained all the qualities I liked about it previously. The flavor profile was quite enjoyable and the construction was quite nice as well. I said it before and I’ll say it again, but I think it’s a perfect candidate to add to their Cain Daytona/NUb lineup.