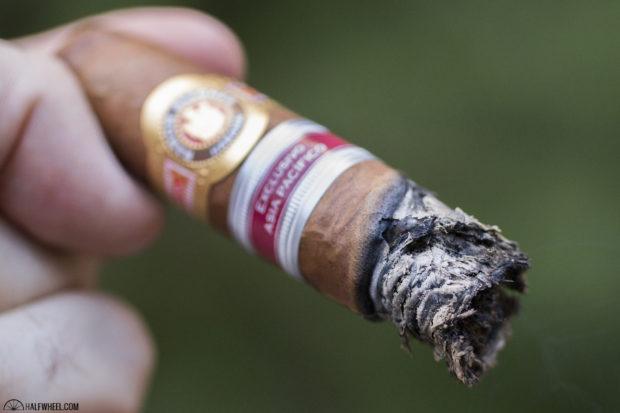 Sometimes the name of a cigar says nothing about the story behind it, sometimes it says it all, and sometimes it doesn’t quite tell the whole story.

A quick glance at one of the latest Edición Regionals for the Asia Pacific might lead a person to jump to some obvious conclusions: with the name Silver Jubilee, this beefy Ramón Allones would seem to signify the 25th anniversary of something. In this case, it’s that of the 25th anniversary celebration of the Pacific Cigar Co. Ltd., the exclusive distributor of Habanos S.A. products in many parts of Asia. It’s also well-known for being the company founded by Sir David Tang, who passed away just last year.

However, it wasn’t just a single cigar being produced.

In addition to the Ramón Allones release, the Bolívar Silver Jubilee was also released, a cigar that measures 5 1/2 inches long with a 50 ring gauge.

Both cigars had 2,500 boxes were made, each individually numbered and containing 25 cigars, for a total run of 62,500 cigars in each release. While they were part of the 2017 release class, they didn’t appear in the market until the middle of 2018, something that is a fairly common occurrence in the world of Edición Regional releases.

However, it also wasn’t just two cigars produced for the anniversary.

As would be fitting for such a milestone anniversary, Pacific Cigar Co. Ltd. upped the celebration further by creating 250 humidors, each containing a box of the two cigars as well as a bottle of a special edition Havana Club rum and a pair of etched glasses, all for HK$28,800, or $3,670, and with shipping slated to begin this month.

This is the third time that the Ramón Allones marca, one of the most popular for Edición Regional releases, has been used for a release in the Asia Pacific region:f

In total, the Asia Pacific region has received 18 Edicion Regional releases, with the Por Larrañaga marca also being selected on three occasions. It’s also the region with most Edición Regional cigars released as part of the program. 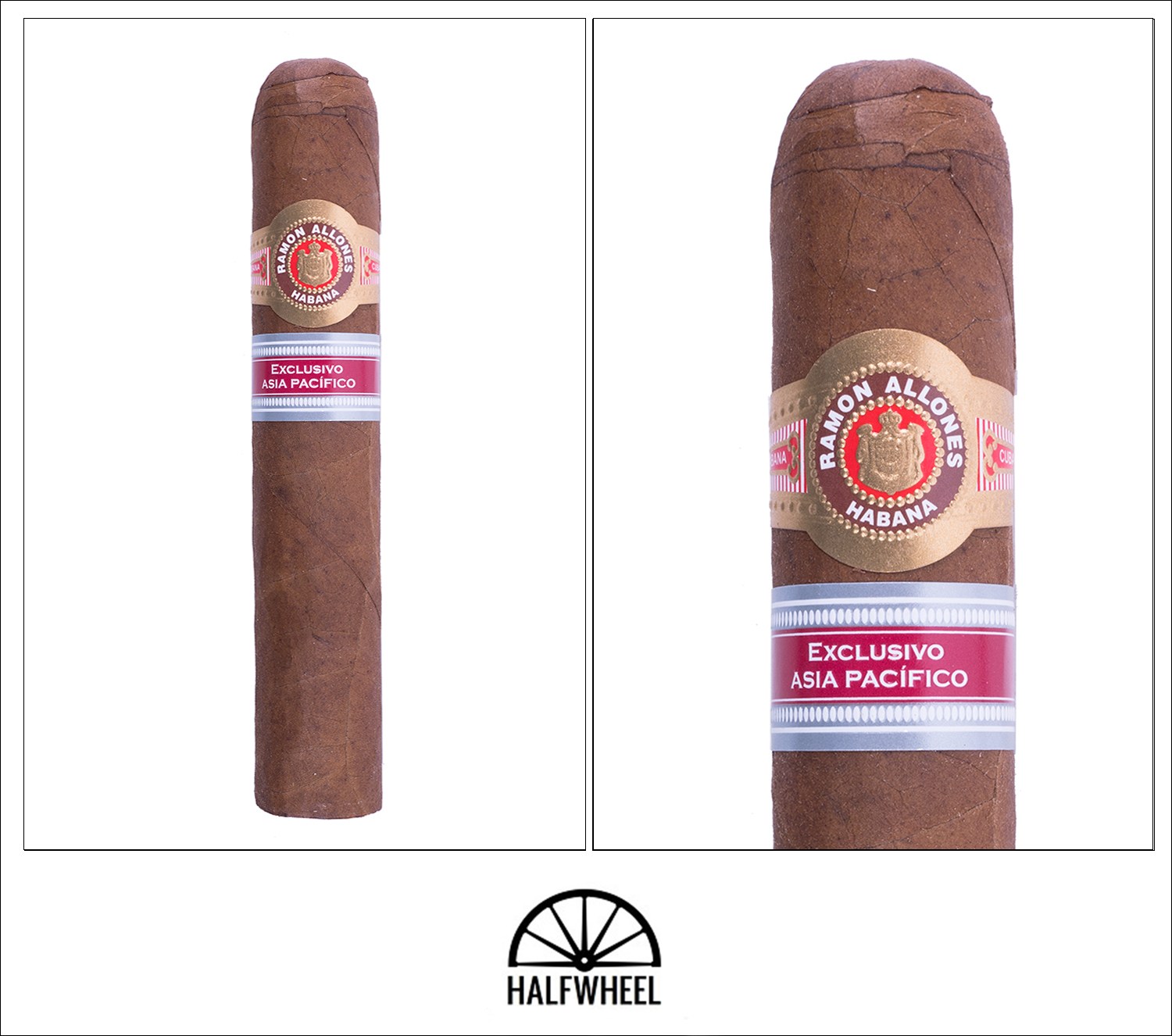 Beyond the secondary band, the girth of the Ramón Allones Silver Jubilee is certainly a tell for those familiar with the marca, that this is a special release. Its 55 ring gauge is notably bigger than the Specially Selected, which with its 50 ring gauge is the thickest among the three regular production vitolas. I wish I could say that there was something besides that to make it visually distinctive, though apart from the secondary band and the size it looks like pretty much every other size in the line. Two of the wrappers have more veins than I generally see on Cuban cigars, and each creates a line of texture, which when combined with the visible seam lines makes it a fairly rich landscape. The wrapper itself is a well tanned and slightly oily leaf, and while the veins provide most of the texture on the fingers, the oil is readily apparent as well. In terms of the roll, it’s very consistent in terms of firmness, showing fews soft spots, while two of the three caps are applied well and the third is a bit lazy. The foot of the cigar is reminiscent of Frosted Flakes due to a thick, sugary sweetness on top of corn flakes, with the second sample adding on some mixed berry sweetness and the third replacing that with white toast. There’s no appreciable pepper unless you take multiple sniffs, and even then it’s minimal in the nose. The cold draw on the first sample is firm but not impeding of air flow, with flavors that are even more subtle than the aromas and skew towards breads and pastries but without the sweetness. The second mimics the fruit sweetness I got in the nose while the draw is a tick loose, and the third trades that for half-and-half creaminess.

The Ramón Allones Silver Jubilee isn’t a powerhouse out of the chute, but it does show some strength through the middle parts of the flavor spectrum, with a thick, almost bread-rich note that delivers notes of crust with pinches of pepper accenting the profile. The third sample is an exception, showing more pepper than the first two with a touch of burn pizza crust to boot. There’s a bit of back of the throat harshness, which I’m not surprised by given the age of the cigar, and I’m left to hope it doesn’t intensify given how early on it appears. The first chunk of dark gray ash drops off right around the one-inch mark, with pepper beginning to materialize in the nose and quickly turning bright and crisp, while the mouth and throat still get to deal with a harsher expression. Judging just by the first third, there seems to be a fair amount of potential to the cigar, yet it seems to be keeping what it has to offer wound up pretty tightly, as well as struggling to give what it does have the balanced needed. Retrohales offer the best peak, however, as there’s some sweet, damp cedar to be found there, with which fleeting creaminess gives retrohales impressive depth. Draw and combustion have been good, though the burn line struggled in the second sample, with all three samples doing respectably in smoke production. The second third of the Ramón Allones Silver Jubilee opens up with more black pepper that plants itself squarely in the middle of the tongue, and does so with more weight than the cigar has offered to this point. The overall profile now sits at medium-full, driven by a good amount of pepper through the nose, earth on the palate, and a tight bundle of core flavors that still aren’t quite ready to unfold yet. It’s just before the midpoint that the flavor starts to get a bit aggressive by way of a sensation similar to red chili pepper flakes, though the flavor doesn’t quite align as well. The earthiness picks up past the midpoint and the cigar is steadily filling in some of the heavier notes, while leaving an increasingly long tingle throughout different parts of the mouth. The technical performance of the cigar remains above average, save for some burn line evenness issues in the second sample. 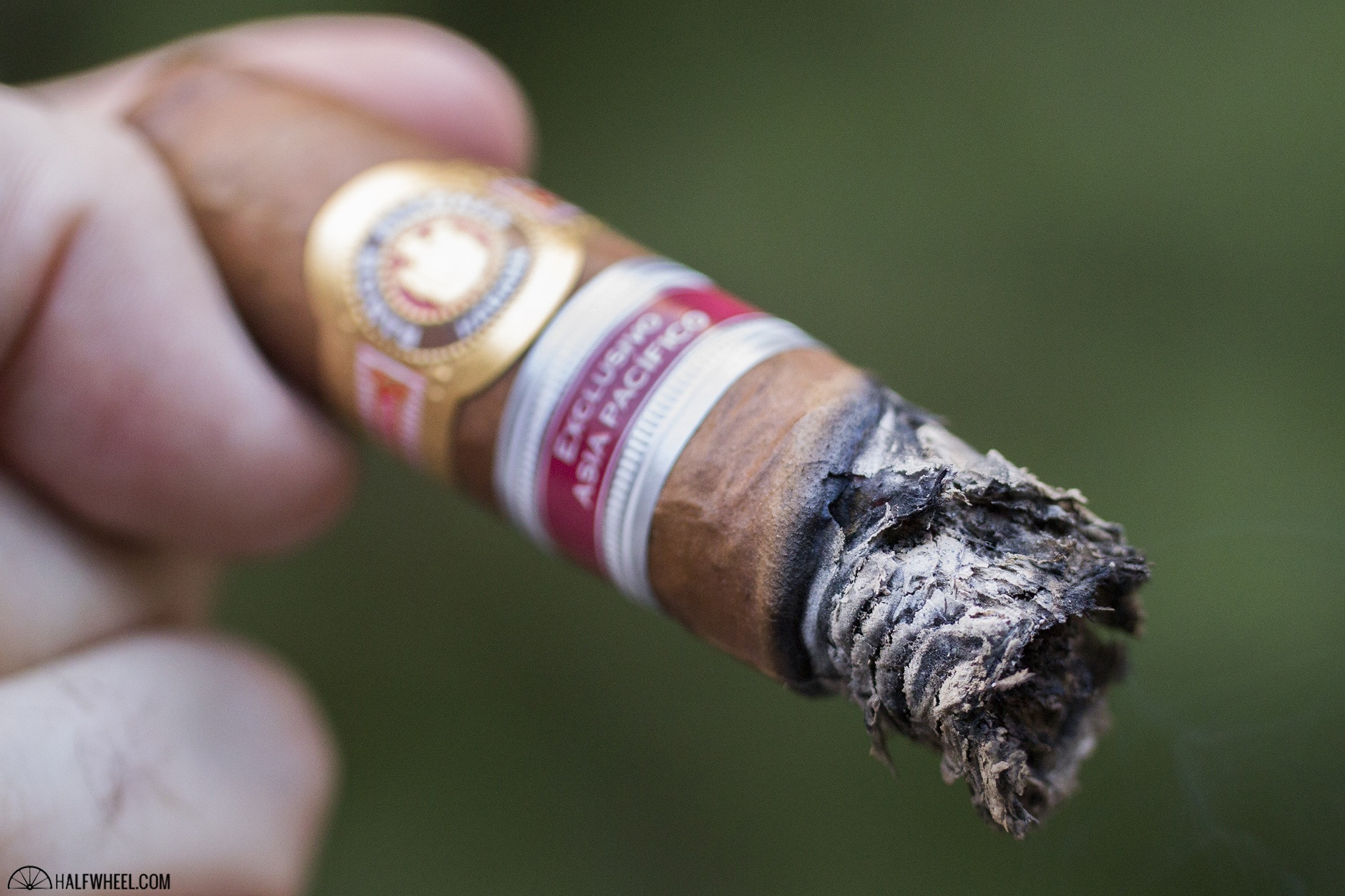 The final third of the Ramón Allones Silver Jubilee adds the first touches of gravitas, and a heavier note of wood and wheat that flirts with earthiness but never quite reaches the traditional flavors with which I associate the word. The pepper has also turned, this time offering a lingering tingle on the lips and inside of the mouth, and while it’s only mildly stronger, the physical effect is quite different than what has been offered so far. The cigar finishes off rather toasty and almost a bit burnt, with some bright and punchy pepper that continues to tingle the lips long after it’s been put down and a newfound dry mint that has a slightly metallic edge to it. It’s not the best ending for this cigar—or any cigar for that matter—and is a clear reminder this one needs a good bit of rest before reaching its full potential. Assuming you've read the detailed descriptions above, you should have gotten the idea that this is a cigar that it simply not ready to smoke. While the flavors are generally out of balance, the real surprise was the difference in between the three samples, which as I noted above tasted like I was smoking three candidates to be the final blend. Thankfully the construction didn't add to the problems, and if anything did what it could to help the cigars put their best profile forward. But even perfect construction couldn't give these cigars the one thing they need: time, and while I don't like to predict just how much is needed, I'll leave it to say that if I had a box sitting around I wouldn't likely even think about lighting up another one until we ring in the next decade. If you have some, smoke one or two, get a feel for them now, and then put them away for a long nap with hopes of returning to them showing a flavor befitting of a silver jubilee.