In 2016, Habanos S.A. shipped the Ramón Allones XXL, a 5 9/10 x 54 toro extra that was designated as the Edición Regional release for the Belux region, Belgium and Luxembourg, for 2015.

Now that cigar is back, only wearing a different band and designated for a different region. Last October, Cruz Canela & Trust GB S.A.—the distributor of Cuban cigars in Costa Rica and Nicaragua—launched the Ramón Allones Nuevo Mundo, another version of the geniales vitola in the Ramón Allones marca. 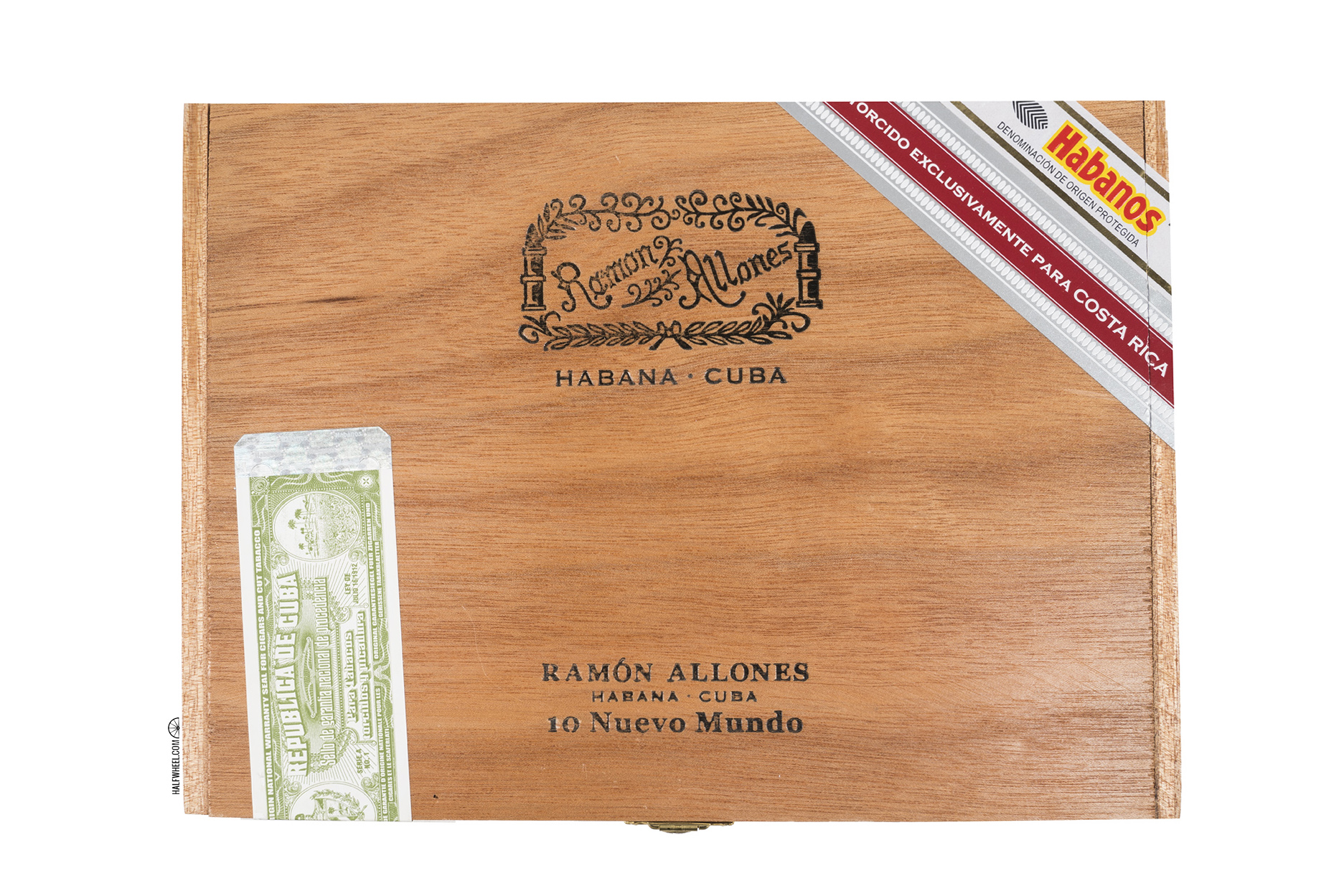 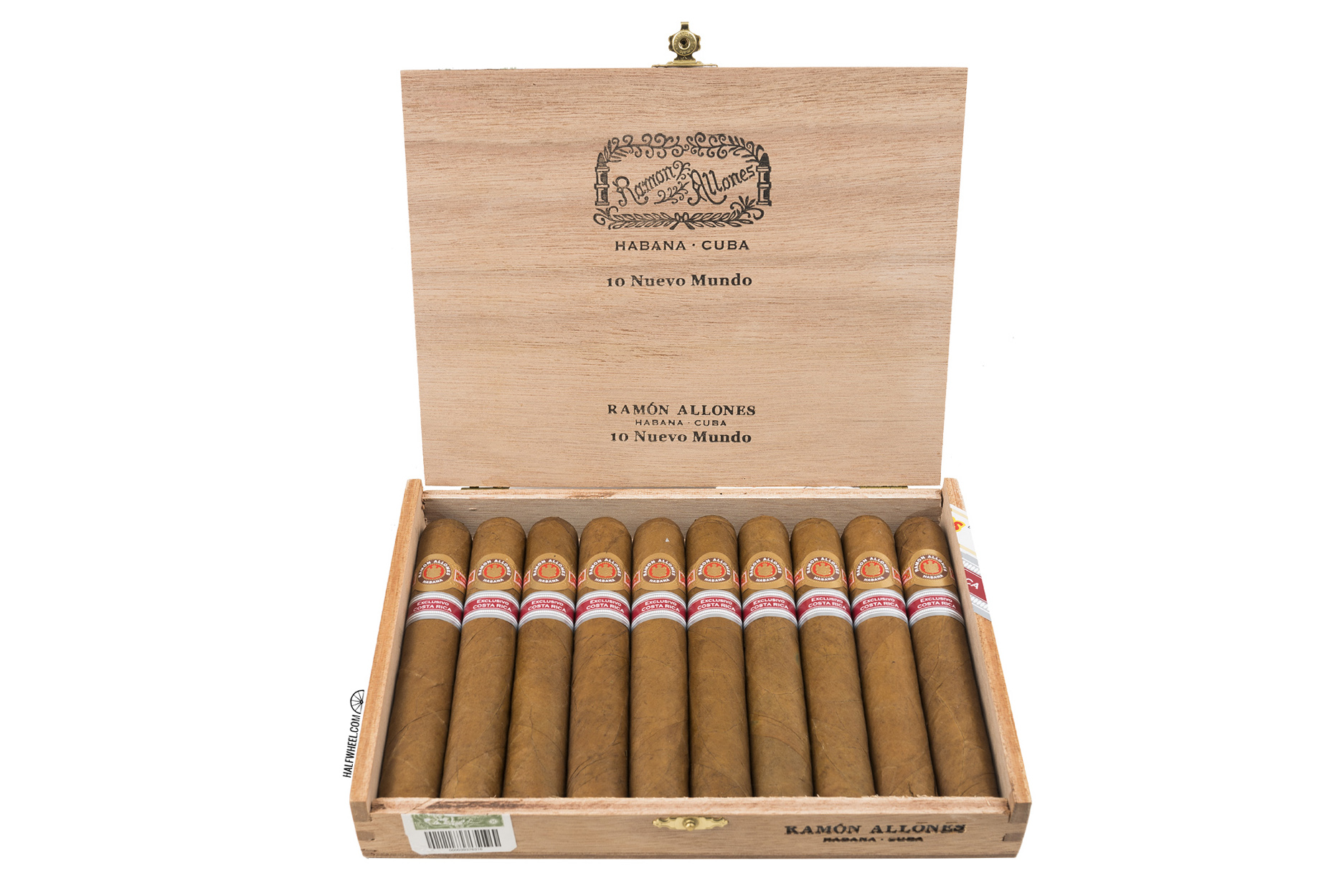 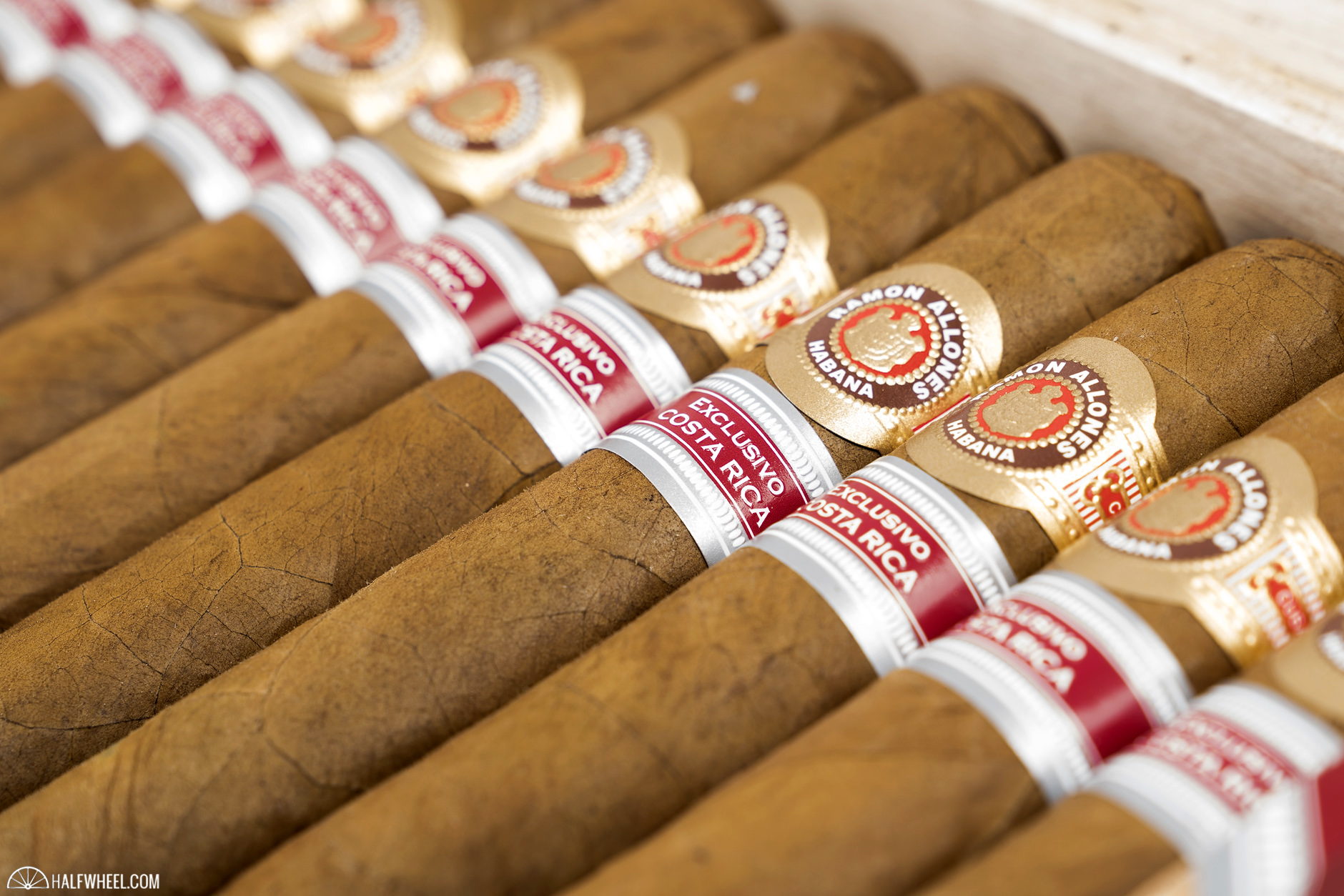 While the cigars are the same, there are some differences that extend beyond the region. The XXL was shipped in boxes that were stained, where as the Nuevo Mundo is packaged in plain wood boxes. Furthermore, there were 50,000 of the XXL produced, while the Nuevo Mundo had a total production of 75,000 cigars.

This is the first Edición Regional for Costa Rica and Nicaragua. 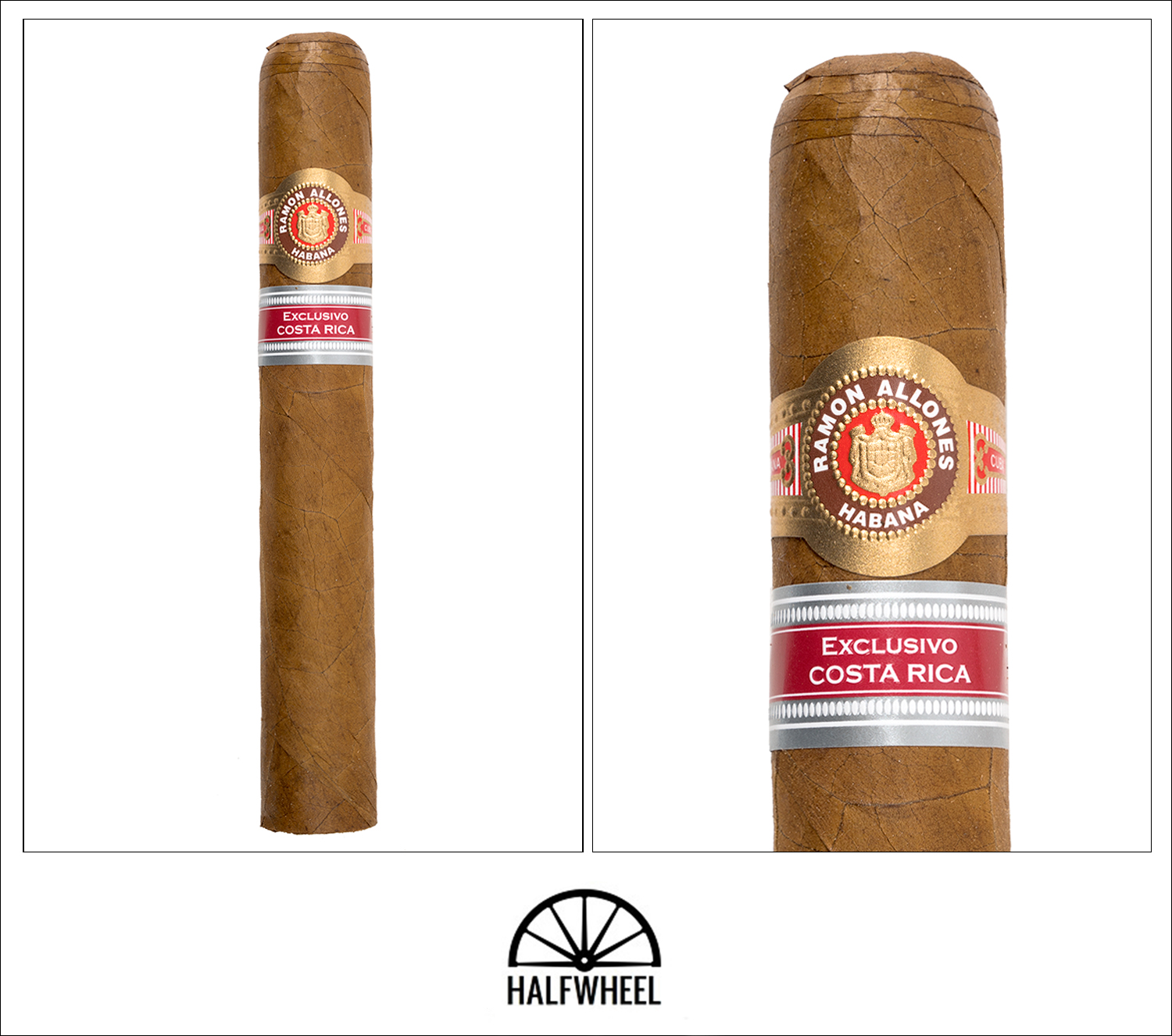 While the wrapper looks to be on the lighter shade of Ramón Allones releases, the cigar isn’t the prettiest-looking example you’d find in a humidor. There’s some obvious stretching and veins, though nothing that would make me put this down in favor of another cigar. Aroma off the wrapper is a mixture of Spanish cedar and floral flavors with hints of acidity. The foot is stronger, albeit barely, with floral flavors again, more Spanish cedar and now creaminess. Cold draws deliver a mixture of the floral flavors and sweet ketchup, along with a gumball flavor, right around medium-full.

The first puff begins with the ketchup, dry ramen noodles and sugar cookies. Everything mixes together both in the mouth and on the finish, making it tough to figure out if any one flavor is standing out, and the first third varies depending on the sample. What’s consistent is a semi-sweet cedar core with popcorn and burnt chocolate varying in and out. Retrohales don’t produce much of anything special, just some more sweetness. The difference in the Nuevo Mundo samples is a vegetal flavor which is present on one sample and not for the better. Flavor is medium-full, while body and strength are medium-plus. Unfortunately, while the cold draws were fine, the cigar tightens up when lit and it’s causing issues. I also have to make a few touch-ups on each sample, probably due to the tightness in the draw. 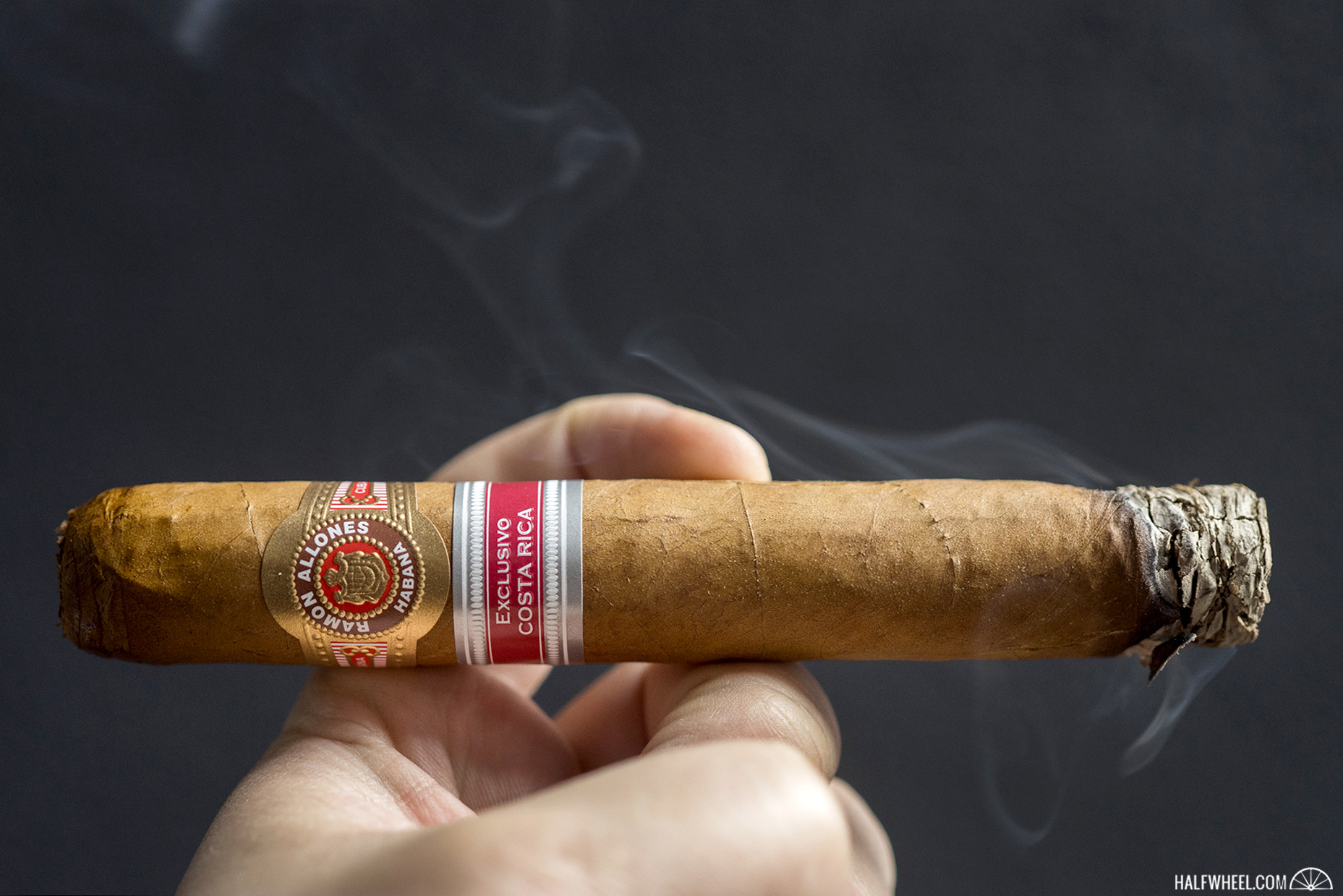 In every aspect, the flavors in the second third come alive. The core of the Nuevo Mundo is now creaminess and ketchup with the underlying semi-sweet cedar. Retrohales deliver stone mustards, artificial apple juice and paprika. Unfortunately, that also means the vegetal flavor increases in the one sample in which it is present and it’s not at all appealing. The finish on the non-vegetal samples has a peat-like burn that reminds me of a watered down Scotch whisky. Flavor picks up to medium-full, body is nearly-full and strength is medium-plus. Construction woes continue with the draw being the leading area of concern, and the smoke production and burn continue to suffer. 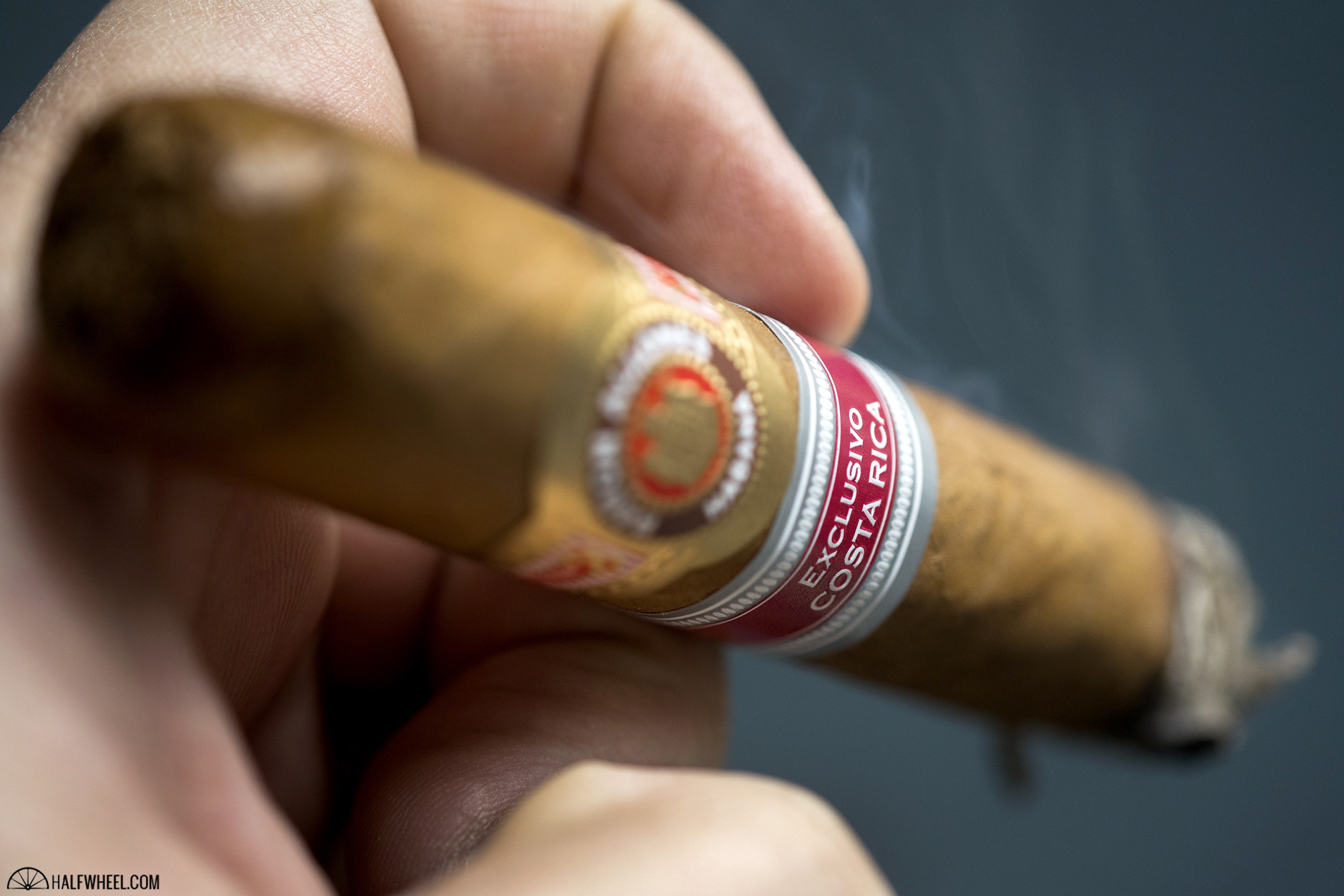 The flavor turns nuttier in the final third, though the semi-sweet cedar note is still coating a lot of different parts of the tongue. In addition, there’s some artificial vanilla, oak and some of the gumball-like sweetness. Unfortunately, the one sample still has quite a bit of herbal flavors, which isn’t great. Flavor is now medium-full, while body and strength are both medium-plus. Construction remains an issue and I find myself putting the cigar down with well over an inch left, largely due to the draw which continues to tighten and reduces smoke production even further. 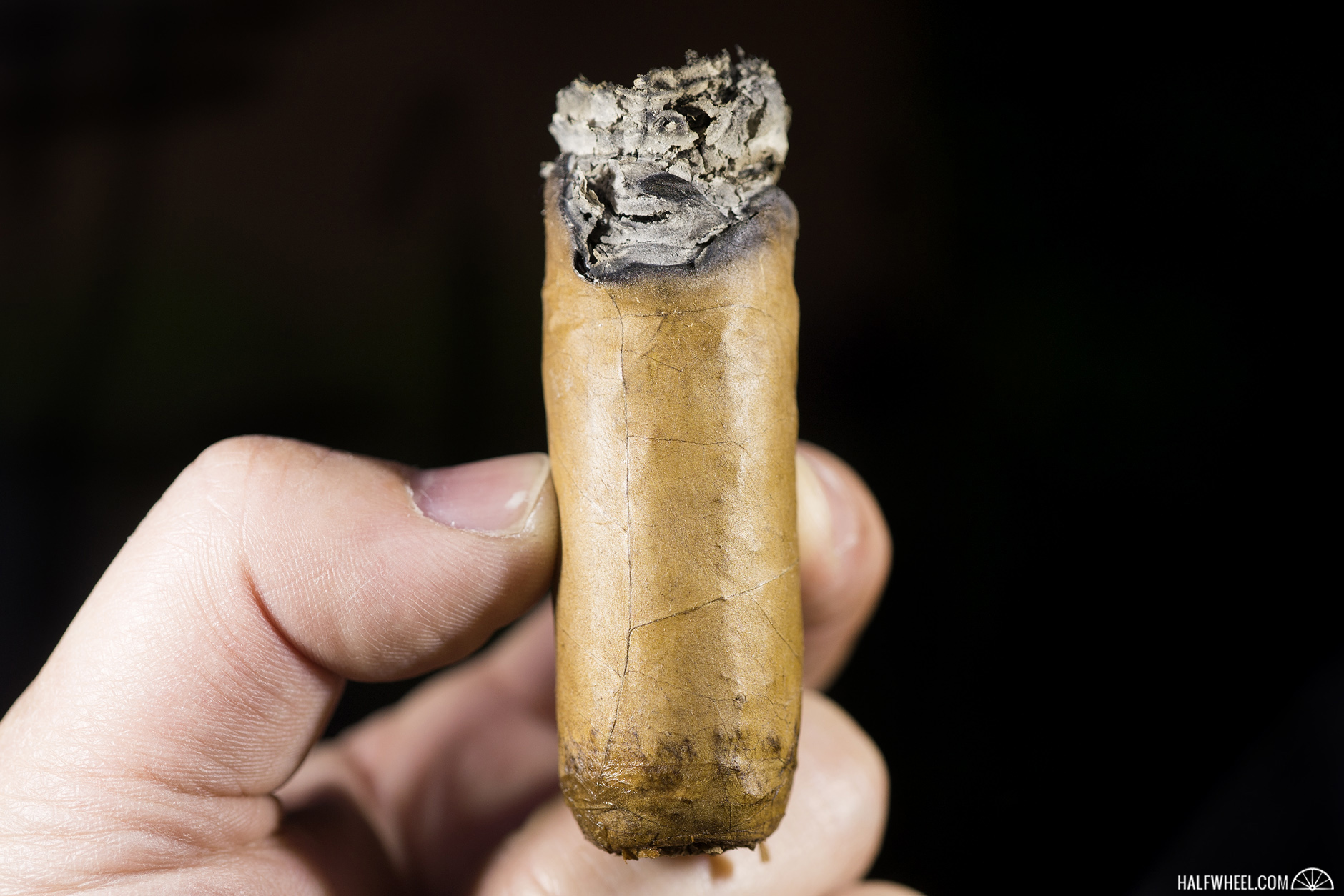 While the Ramón Allones Nuevo Mundo delivered decent flavor, the construction was not good. This isn’t a common complaint from me—or really halfwheel’s reviews—regarding Cuban cigars of late, but the draw wasn’t close to where it needed to be. There’s not much more to say and I won’t try to: if the cigar doesn’t draw consistently, it’s not going to work, no matter how good the flavor is.