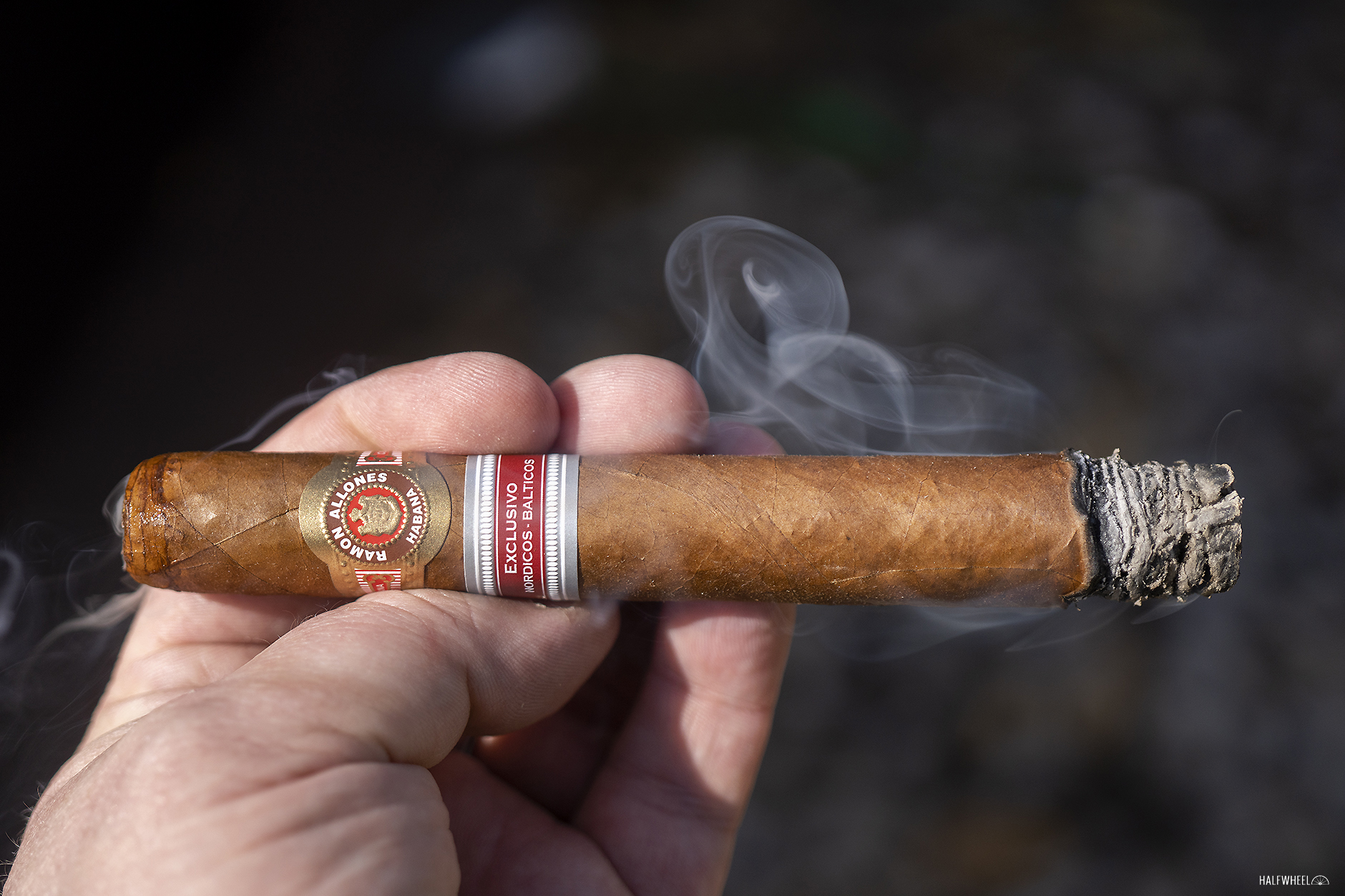 After a preview to cigar clubs in September, the Ramón Allones King of North was released on Oct. 1, 2021 to stores in eight countries in the Baltic and Nordic region. This is the third Edición Regional release for the now-combined Nordicos-Balticos region which includes Denmark, Estonia, Finland, Iceland, Latvia, Lithuania, Norway and Sweden. Habanos Nordic AB is the distributor of Cuban cigars for the region.

While the pricing of the Ramón Allones Edición Regional will vary from country to country due to different tax rates, Stephan Praetorius, managing director of Habanos Nordic AB, told halfwheel that the release should retail for between €22-25 ($24.07-$27.35) per cigar. If you are unaware of what Habanos’ Edición Regional program entails, my colleague Charlie Minato summed it up nicely:

This is the third Ramón Allones Edición Regional exclusive creation for Nordic region to use the word “North” so far:

The Northern Lights was released for just the Nordic region, which included Denmark, Finland, Iceland, Norway and Sweden. 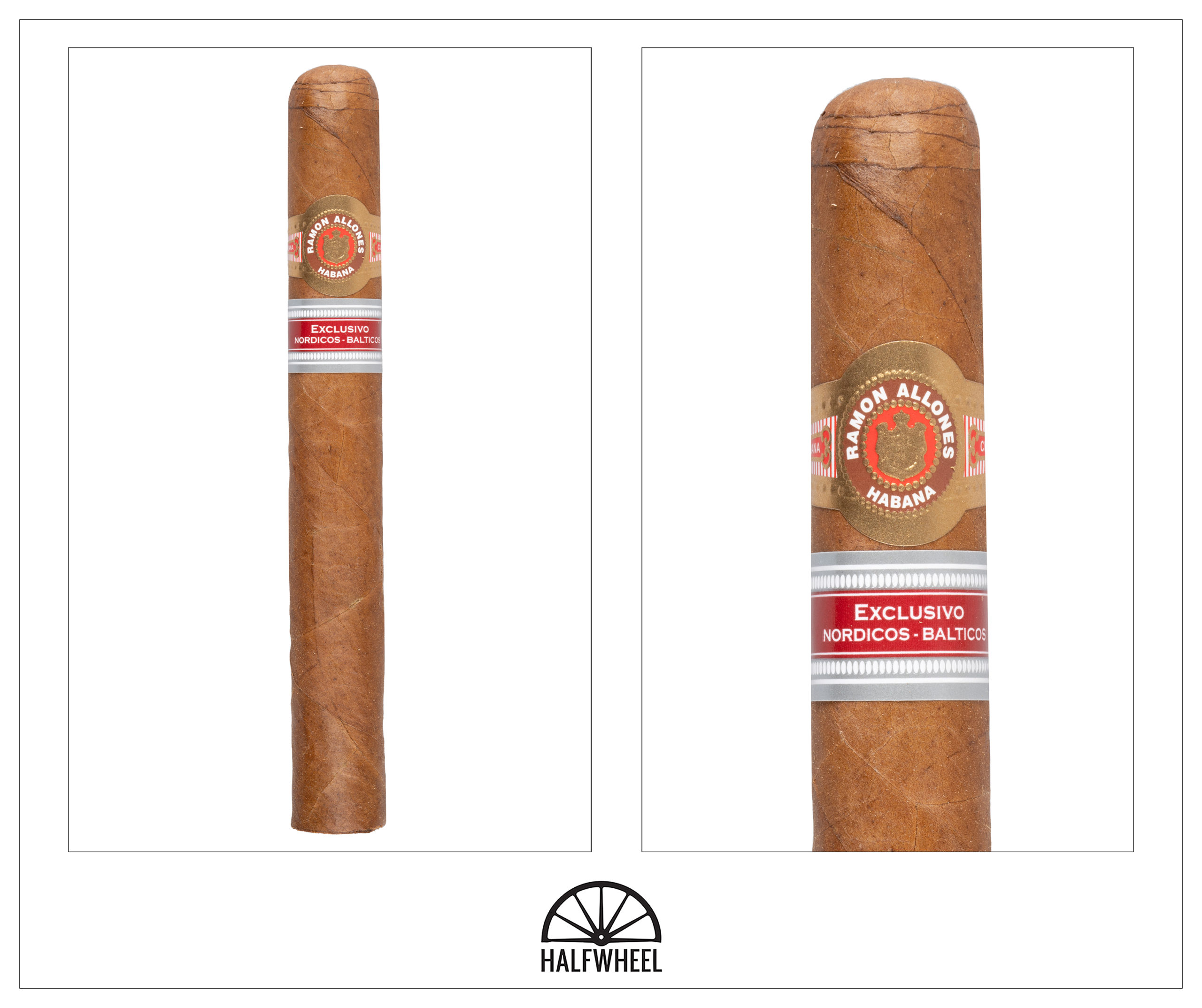 Covered in a milk chocolate-colored wrapper that is parchment rough to the touch, the Ramón Allones King of North is one of those cigars that you can smell even before you bring it to your nose. Aroma from the wrapper is a combination of strong hay, sweet barnyard, earth, leather and cocoa nibs while the foot brings notes of manure, potato chips, hay, leather, earth and a touch of a sweet floral note. Finally, after a straight cut, the cold draw features flavors of dark chocolate, roasted coffee beans, gritty earth, leather tack, cedar and light cinnamon.

Toasted bread and leather flavors—along with a very obvious mineral saltiness on my lips—lead the way after I light the foot of the Ramón Allones but pretty soon after that the leather note falls off, replaced by a flavor of salted peanuts that takes the top spot in the profile. Additional notes of dank earth, hay, cream, baker’s spices, cocoa nibs and slight citrus peel flit in and out, while a combination of white pepper and honeycomb sweetness is noticeable on the retrohale. At this point in the cigar, all aspects of the construction—burn, draw and smoke production—are working in near perfect harmony on all three samples, although the burn is not quite razor sharp on any of them. Flavor ends the first third just under medium, while both the body and strength have a hard time moving past the mild zone.

There is more of everything from the first third during the second third of the cigar: more mineral saltiness—on my lips as well as in the profile—more flavors of salted peanuts and bread, and more white pepper and honeycomb sweetness on the retrohale. Having said that, the secondary flavors have changed up a bit and now includes new flavors of cinnamon, oatmeal and freshly brewed coffee. Unfortunately, the amazing construction does not continue for two of the three samples, both of which need a couple of corrections with my lighter to avoid larger issues. Flavor easily hits a solid medium, while both the body and strength continue to mirror each other and reaching a point halfway between mild and medium by the end of the second third. Salted peanuts easily leads the profile during the final third of the King of North, followed closely by notes of creamy leather, cedar, hay, cinnamon, espresso beans, cinnamon, toasted bread and light citrus peel. In addition, there is even more mineral saltiness on my lips and although there is a noticeable increase in the amount of honeycomb sweetness on the retrohale, the amount of white pepper has not changed in any major way. In terms of construction, the draw and smoke production continue along their excellent path for all three samples, and while one of the cigars redeems itself with a better burn, the other continues to have enough issues that need to be corrected. Flavor ends between medium and full, while the body remains below medium and the strength hits a solid medium by the time I put the nub down with less than an inch remaining. I have always been a fan of the Ramón Allones marca, and the King of North features a number of what I consider to be the brand’s signature profile flavors in spades. Those include not only peanut shells and creamy cedar, but also a distinct sweetness—in this case, honeycomb—that combines nicely with a small amount of white pepper on the retrohale. In addition, King of North happens to be one of the saltiest cigars I have smoked in quite some time; in fact, the mineral note is present in various amounts not only on my lips and tongue, but also in the profile and on the finish throughout pretty much the entire smoke. In the end, the King of North is a very enjoyable Edición Regional that is ready to smoke now and one that I think has quite a bit of aging potential.