How we got to that point needs some backstory.

First, the Ramon Allones brand, which General owns the trademark for in the U.S., has not been particularly active in quite some time. In 2015, General moved it over to the Foundry side of its company, but that cigar went nowhere fast. Even with bigger and bolder packaging, the new-look Ramón Allones and accompanying Bolívar seemed to get even more lost within the General and Foundry portfolios. At the time, Foundry itself was trying to reinvent itself, namely by General’s even more bizarre decision to use independent sales brokers instead of its own sales representatives to sell the cigars.

By mid-2017, General had had enough. It announced the independent sales brokers were no more and Foundry moved back into the larger General portfolio, though the company shortly began discontinuing much of the Foundry portfolio.

At the same time, General and its sister company, Cigars International, seemed to be in a virtual contest with its largest rival Altadis U.S.A. about which cigar conglomerate could make the most cigars with A.J. Fernández.

Cigars International had long been the dominant client for Fernández through a variety of brands including Diesel and Man O’ War. In 2016, Altadis U.S.A. and JR Cigar—both owned by Imperial Brands, plc—began contracting Fernández to produce cigars for its catalog, a list that now includes everything from Montecristo and Romeo y Julieta to Gispert. It should be noted that while Altadis U.S.A./JR Cigar has contracted Fernández to make a lot of different brands, from a production standpoint General, and, in particular, Cigars International are still certainly much larger in terms of the number cigars that Fernández is actually making.

And so this June, the Ramon Allones AJ Fernandez began shipping. The four-size line uses an Ecuadorian habano oscuro wrapper over a Nicaraguan corojo 99 binder and Nicaraguan fillers including corojo 99 from Jalapa, criollo 98 from Condega, Pueblo Nuevo and a hybrid leaf grown in Estelí. There’s a lot going on with the cigar once you remove it from the box. I’d argue there’s a lot going on with just the main band, but there’s also the secondary band and a piece of cedar with the words RAMON ALLONES running down the side. All of that distracts from an extremely dark Ecuadorian wrapper that has a bit of oil. Aroma from the wrapper is pretty muted considering the cedar treatment and the use of cellophane, but I manage to pick up a bit of pepper alongside an obvious cedar flavor. While the wrapper aroma might not be medium, the foot is full with vanilla, pepper, some cranberries and a ton of cedar. The cold draw has sweet chocolate, vanilla, black pepper and a very acidic lime note that claws on the back of my throat.

The Ramon Allones AJ Fernandez Torpedo begins with some cedar, buttermilk and white pepper, a bit sharper though more restrained than the pre-light notes. Eventually, the core settles to a vibrant mixture of earthiness, creaminess and a bit of a Sprite-like sweetness. The retrohale is even heartier with lots of cedar and a bittersweet cocoa before a massive black pepper takes over the finish. Flavor is full, body is full and strength is medium-plus. Construction is fantastic in the final third: great draw, no touch-ups and plenty of thick smoke. 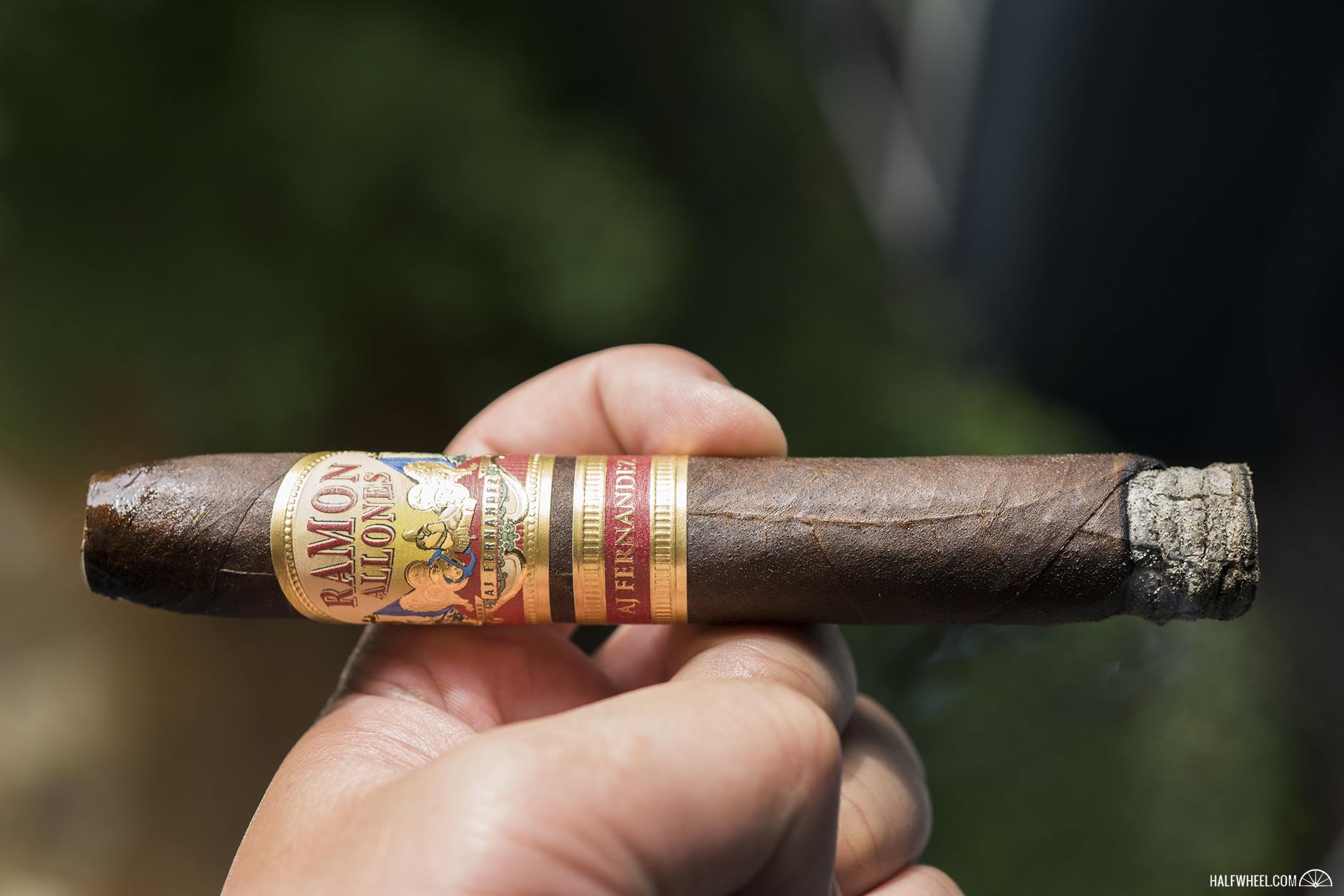 Shortly before the exact point of the second third a sweeter cedar takes over and dominates over a mixture of red and black pepper. It’s hearty, thick, yet somehow balanced, allowing each of the three flavors to hit various parts of the palate without seeming muddy. Even more surprising is the retrohale which begins floral before cinnamon takes over and transitions into a finish. Once there, the floral note returns before Worcestershire and pepper add themselves. It’s an incredibly detailed progression and one that adds a refreshing component to the dominant cedar. Flavor and body both remain full, while the strength lags a bit behind at medium-plus. 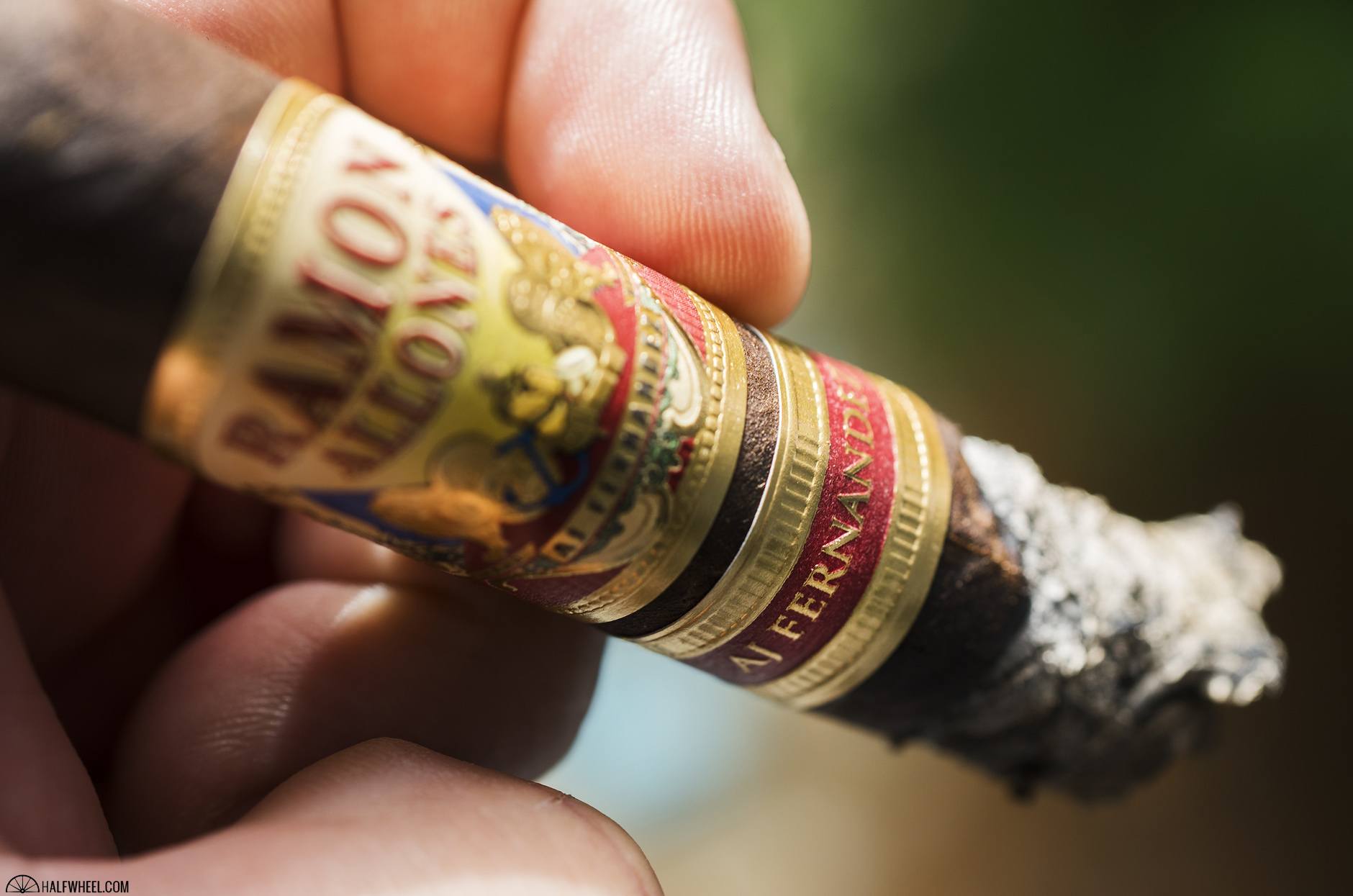 There’s even more woodiness in the final third of the Ramon Allones AJ Fernandez Torpedo. It’s not the sweet and defined cedar note from the middle portion, but it still has a ton of character. Underneath that is some black pepper and an intense creamy finish. If I let the cigar sit for two minutes—which the burn holds enough to allow me to do—I can find some fruitiness and a generic sweetness over top of a much more restrained pepper note. However, if I puff at anything close to a normal rate and the black pepper is massive. Unfortunately, the complex retrohale is gone, now replaced by massive blows of woodiness and pepper. The flavor and body both remain full, while the strength remains medium-full. 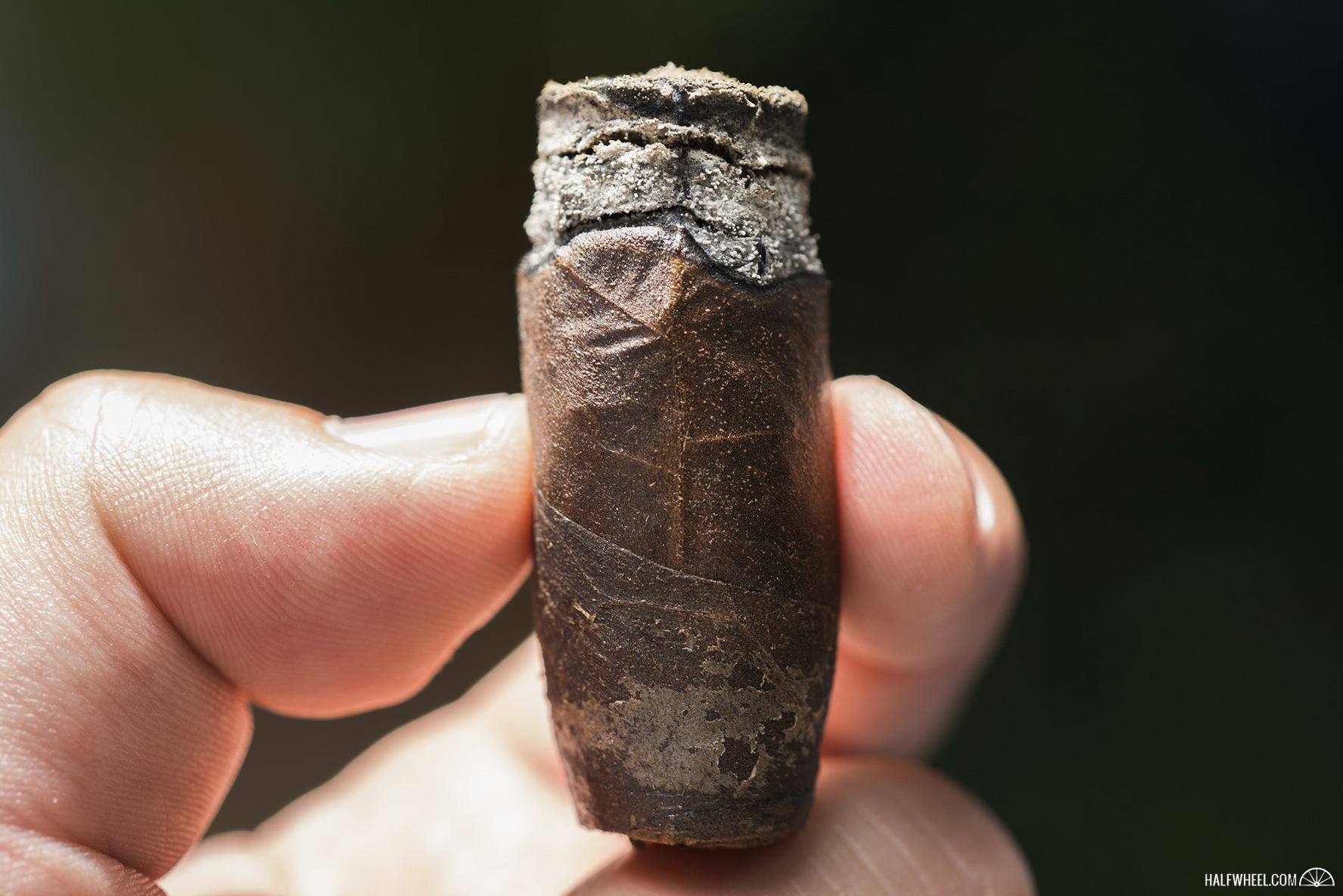 I’m not sure if it’s time or the size that made the difference, but what a difference it made. The first two examples of the Ramon Allones by A.J. Fernández were not great, just an average cigar from what seems like the world’s busiest cigar factory. When I finally got around to smoking a store-bought Torpedo, I found a cigar that was far better than I remembered. The first two-thirds were an awesome hearty mixture and the final third, while a bit finicky, was a logical conclusion to an otherwise great cigar. The three samples I smoked for review were the best cigars I’ve smoked from A.J. Fernández, the company, since the Mayimbe.