This is somewhat of a rare review.

While not as well-known as the Partagás cigar that goes by the same, the Ramón Allones 8-9-8 has a lengthy story.

Then it came back.

As part of the 2014 Edición Regional program, 5th Avenue Products Trading GmbH—the German distributor for Habanos S.A.—was selected to receive the Ramón Allones 8-9-8. As has become more the norm than the exception, the cigars arrived last October, limited to 2,000 boxes of 25. 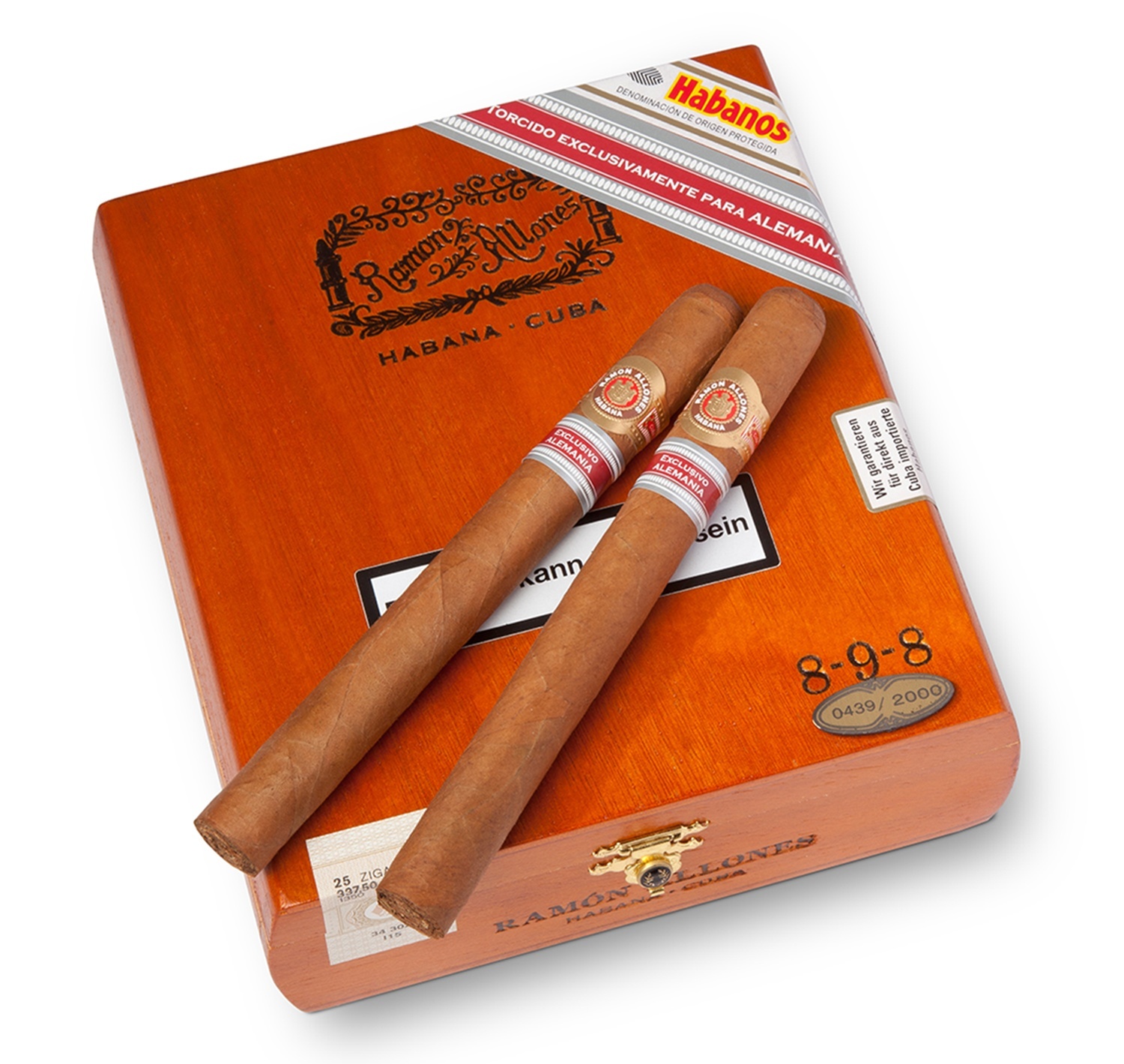 For those unfamiliar with Edición Regionals, the basics are as follows:

The Edición Regional program is how Habanos S.A., the marketing and distribution company behind Cuban cigars, creates unique, limited vitolas for its distributors around the world. Sizes must be those that are in the Habanos S.A. portfolio, but not amongst the regular production offerings for the brand, although some discontinued regular sizes can be created. New vitolas created for a certain brand are also not eligible to be used. In addition, the “global” brands—i.e. Cohiba, H. Upmann, Hoyo de Monterrey, José L. Piedra, Montecristo, Partagás and Romeo y Julieta—are not eligible to be made into an Edición Regional.

The name, which is used by others—notably Arturo Fuente—refers to how the boxes are packed: eight cigars on top, a row of nine in the middle and a row of eight on the bottom. A friend of mine remarked that the 8-9-8’s lonsdale size was the ideal size for him—and I am sort of inclined to agree with him. I have made my penchant for lanceros quite clear, but this is a far more approachable size in that I don’t have to spend every other moment paying attention to the cigar. As for the 8-9-8, it’s a beautiful-looking cigar and the red of the Edición Regional band really does well to contrast the wrapper. I pick up some mild nuttiness, creaminess, barnyard and a generic sweetness from the wrapper. The foot is sweeter, reminding me of a candy aisle with bubble gum, citrus and a sweet lemon cake flavor. The cold draw is oddly salty with some sweet fruits adding a nice contrast.

While one sample starts a bit tight, it tastes good. There’s a flavor that reminds me of a bag of salted and buttered unpopped popcorn, sunflower seeds and some raspberry jam underneath. The raspberry sticks around as the first inch burns down, though it remains a secondary flavor. The core is peanuts and cedar before the Ramón Allones’ toasty finish kicks in. It’s pretty much medium all the way around with decent construction sans for one sample that has a very tight draw. The second third of the Ramón Allones 8-9-8 becomes a bit grittier, though a creaminess also adds itself to the core providing a nice contrast. By the middle portion, the earthiness turns more woody with a bark flavor taking over. The nose is notably sweeter with an orangesicle flavor, bubble gum and some peach, though it’s all subtle. After the halfway mark, the finish adds some tartness as well as coffee and brown sugar. The flavor picks up in intensity to medium-full, though the rest of the cigar remains medium. While construction isn’t providing any real problems on two of three cigars, I do pay a bit of attention to the burn though it never gets bad enough that I need to touch it up. 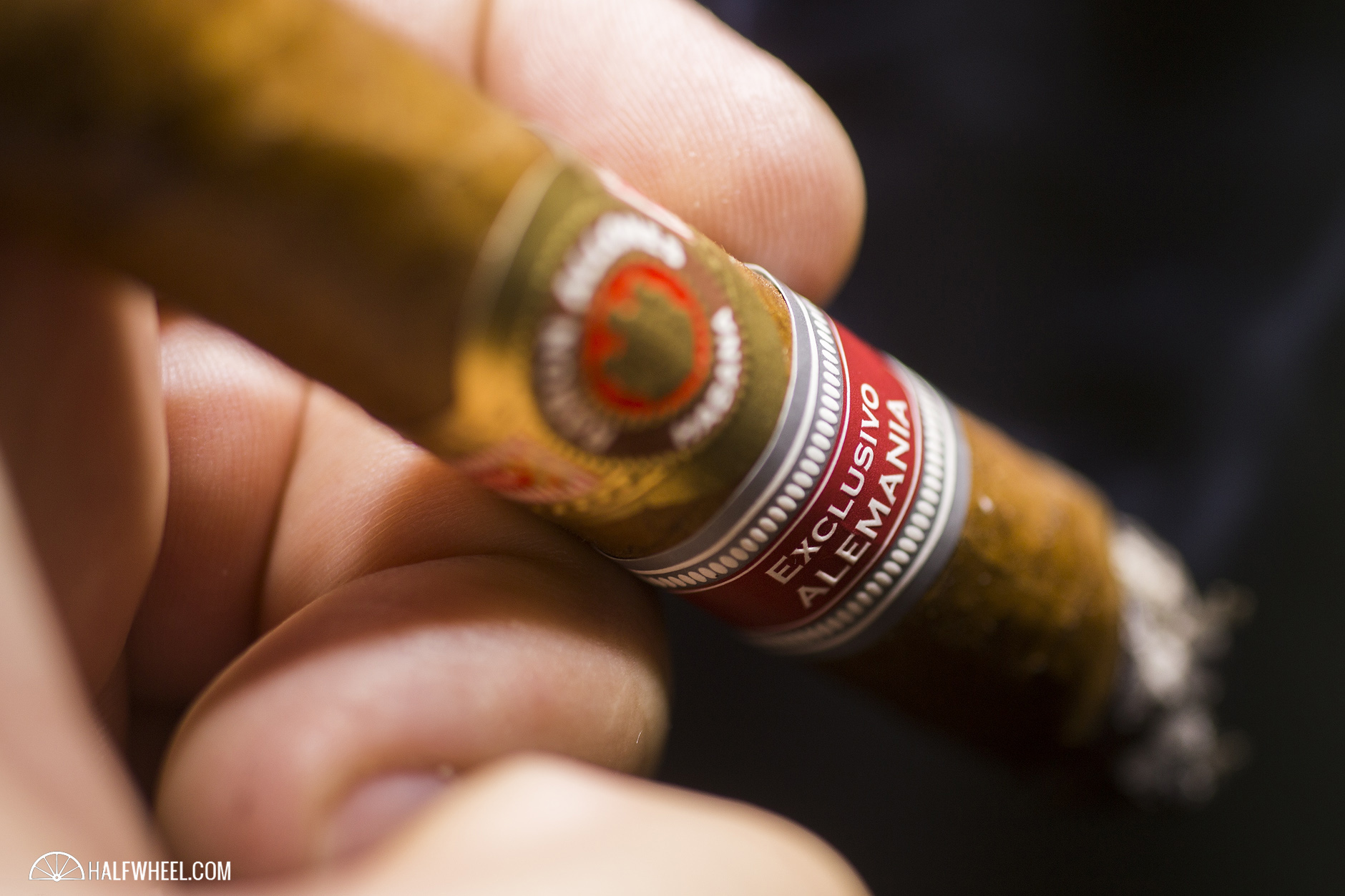 All three cigars see the draw tighten slightly, though it’s not to the point that I struggle with it except for the one cigar that has had a poor draw from the start. Oak and creaminess begin to dominate the flavor profile over an increasing saltiness and leather. The finish has a lot more creaminess along with mild spices and sharp white pepper on the outside of the tongue. The flavor recess a bit down to medium-plus, though the rest of the 8-9-8 remains the same. Shortly after meeting Brooks for the first time he gave me one of his remaining Ramón Allones 8-9-8s from the late 1990s. Unlike him, I actually enjoyed the cigar and I enjoyed another sample I was given by Mitchell Orchant at some point over the years. This version of the Ramón Allones 8-9-8 does not suffer from many of the issues that some people take with Edición Regionals: it’s not substantially more expensive than a typical Cuban cigar—thanks to a strong dollar and relatively low German taxes as far as Europe goes—and it’s also not mediocre. It’s a solid cigar and far less than the $20 starting point of many Edición Regionals, but I certainly am not rushing out to buy anymore.