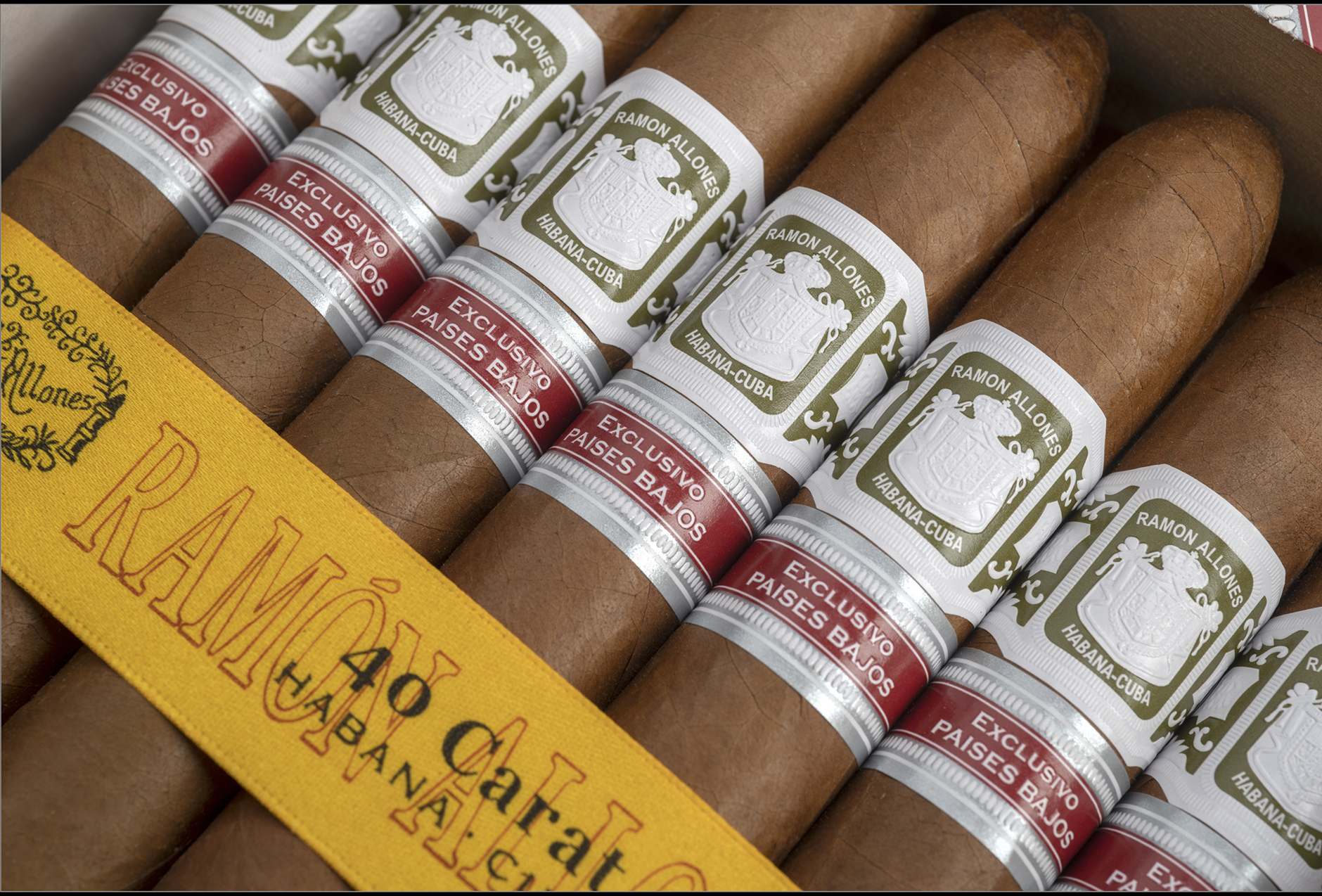 A new Edición Regional has arrived in The Netherlands as the first batch of the Ramón Allones 40 Carat Edición Regional Paises Bajos (2020) has been released to La Casa del Habano and Habanos Specialist stores in the country.

Fans of distinctive vitolas will immediately recognize the 40 Carat as coming in the 109 vitola, a double robusto that measures 7 1/4 inches (184mm) long and has a 50 ring gauge, but comes with a curved head that resembles a belicoso but lacks the sharper point of that style. While not a regular production vitola in the Habanos S.A. vitola, it has been used multiple times for Edición Regional releases, including the Edmundo Dantes El Conde 109, which was made for the Mexican market in 2007, the Diplomaticos Bushido that was released to the Asia Pacific market in 2015.

It is distributed by Laguito 1492.