In early 2011, Quesada handed out samples of a then inostly unknown blend to a few people at the Pro Cigar Festival in the Dominican Republic. Called the Selección España for obvious reasons, the blend was initially made exclusively for the Spanish market, but after some great early reports from samples handed out at various events, a very limited number of boxes of the three original vitolas – Corona, Robusto and Short Robusto – were shipped to a few retailers in the U.S. every month.

In 2012, Quesada decided to release a limited number of 7 x 38 lanceros in the España blend in a fairly unique manner: every month, a Quesada retailer was chosen at random via raffle and shipped one cabinet of 50 lanceros, making the total production for the vitola a microscopic 600 cigars.

In December of 2013, Charlie Minato broke the news that the one cabinet a month Quesada Selección España shipment would continue in 2014, but with a new 7 x 33 Ninfa and a new way of choosing which retailers received the cigar.

This year, the lottery system has been abandoned.

“Unlike the 2013 lanceros, these boxes will not be chosen at random,” said Terence Reilly, general manager for Quesada Cigars. “One retailer will be selected each month.  The change is due to two reasons: one, several very deserving accounts did not receive any and we aim to rectify that; and two, no one believed it was a raffle and so if we are going to take flack from people not receiving a box, it might as well be deserved.”

With the addition of the Ninfa, there are now five different vitolas that have been officially released in the Selección España line. The cabinets that the Quesada Selección España Ninfas come in are the exact same design as the ones used for the Selección España Lanceros, just a bit smaller because of the smaller ring gauge of the cigars and a change in the name of the vitola and size on the front. 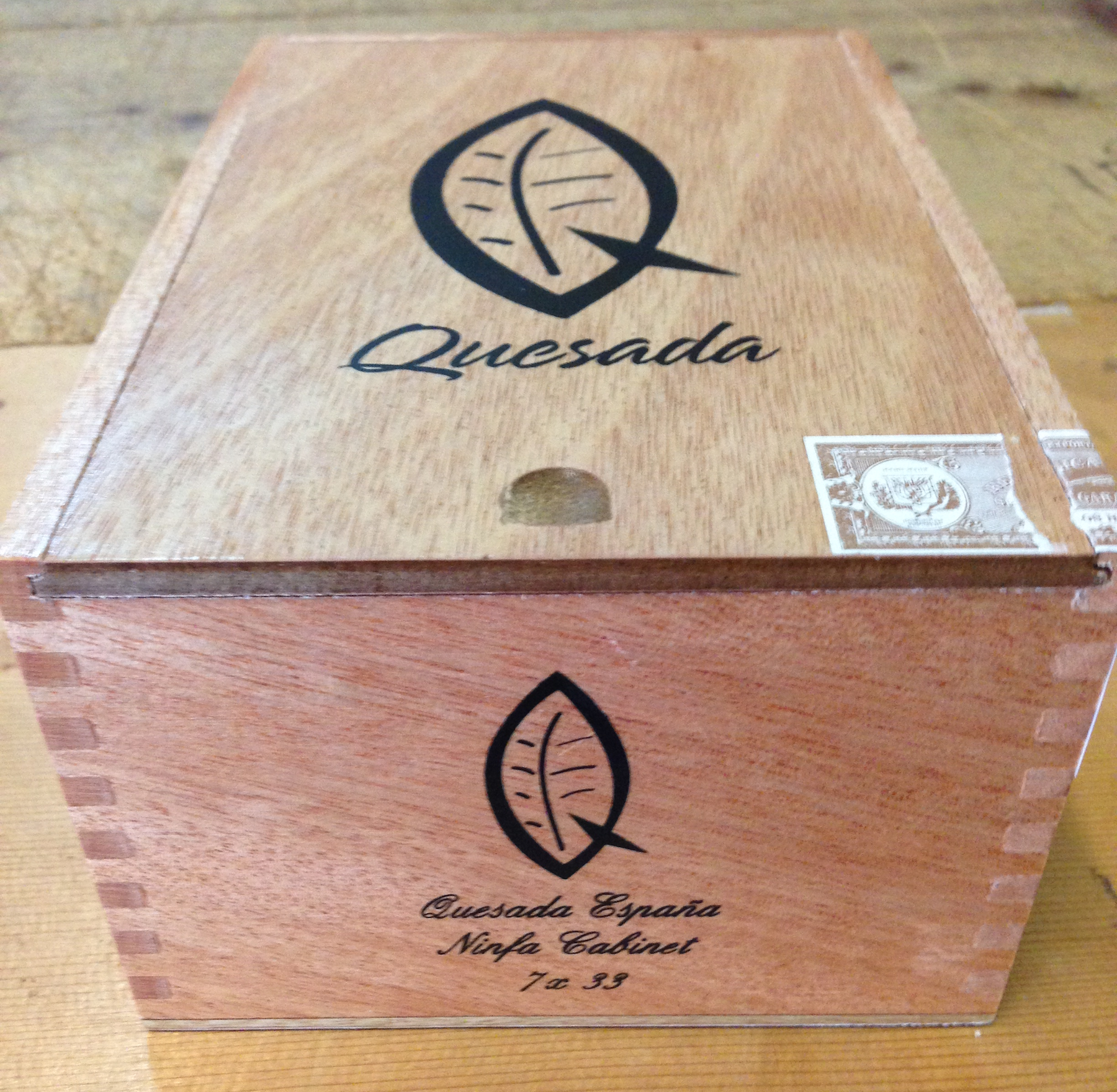 The España Ninfa is covered in a mocha brown-colored wrapper that has some noticeable tooth to it, but is devoid of any oil at all. Resistance is appropriate when the cigar is squeezed and there are small bumps running up and down the length. Aroma from the wrapper is a combination of cinnamon, creamy leather and cedar.

Starting out, the Ninfa has intense flavors of cinnamon, milk chocolate, leather, tart citrus and slight earth, along with a very light sweetness that I can’t place just yet. The profile is fairly creamy overall, which combines well not only with the aforementioned flavors but also with the white pepper that is present on the retrohale. The draw and burn are excellent so far and the smoke production is dense and copious. Overall strength is barely into the medium range. 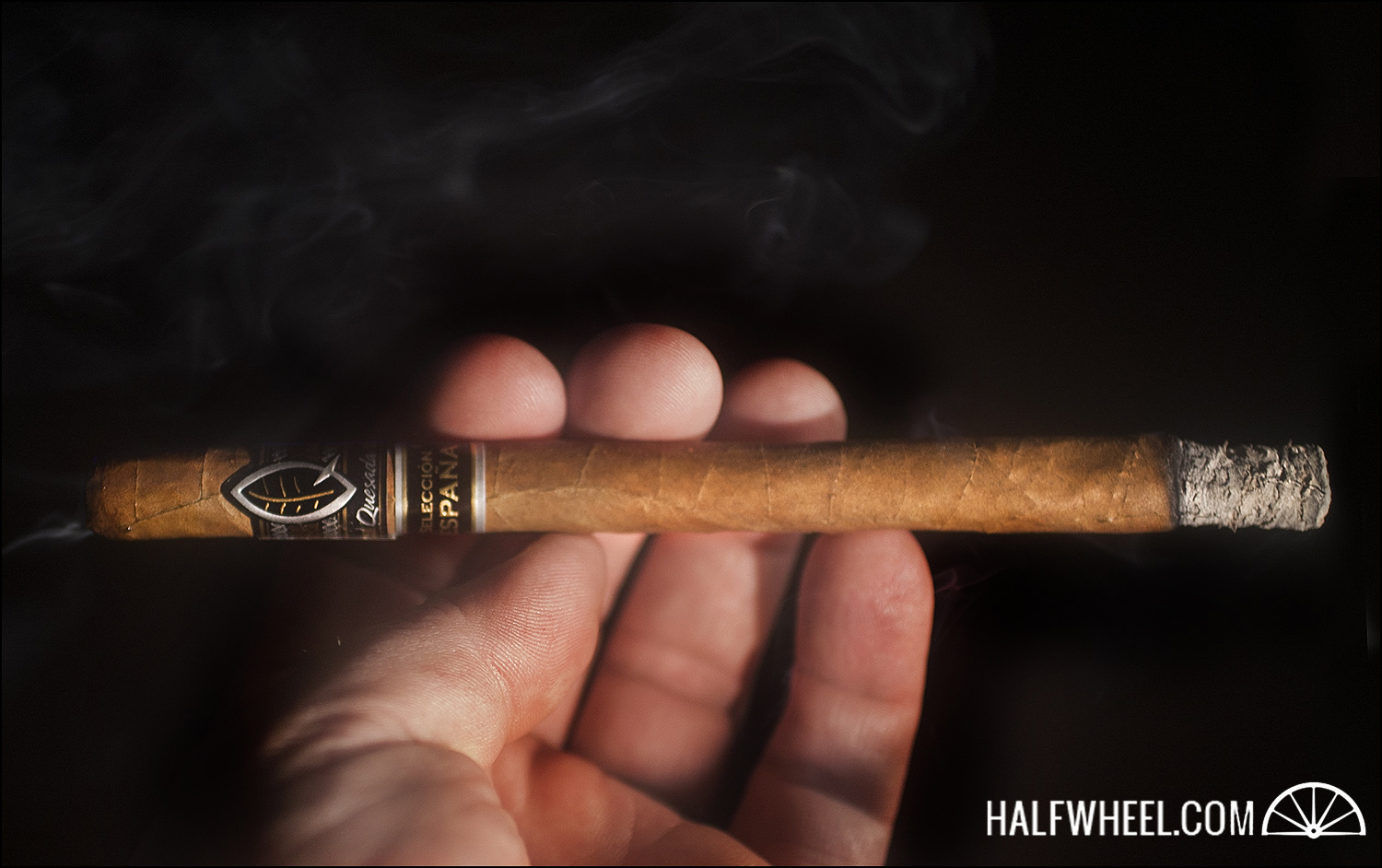 There are a multitude of changes during the second third of the Quesada Selección España Ninfa, not the least of which is a crazy increase in the sweetness, which is now easily identifiable as an interesting combination of vanilla and maple notes. The base profile remains quite creamy and other flavors of leather, earth, milk chocolate, nuts, and that same tart citrus flit in and out, seemingly always changing. The white pepper note on the retrohale is just a bit more pronounced than in the first third, which is a welcome addition, but I am hoping it does not get much stronger. Construction-wise, the draw has just the right amount of resistance, while the burn is close to razor sharp. The strength has increased a little as well, but is still well short of medium by the end of the second third. 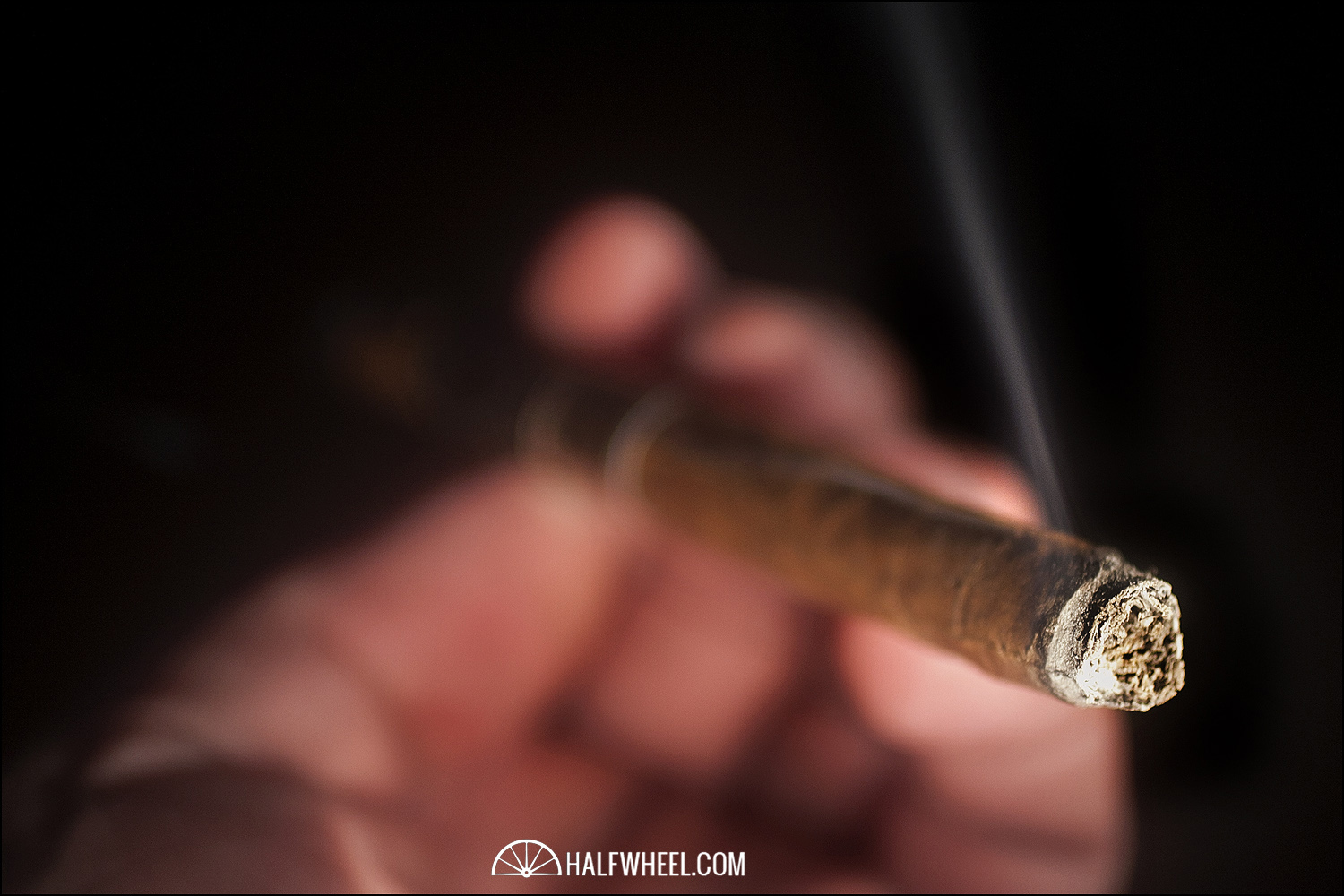 The final third of the Ninfa continues the trend of overt sweetness, with a little more vanilla than maple present, along with the creaminess of the profile in general. The rest of the flavors flow in and out: coffee, milk chocolate, nuts, leather and earth, as well as a slightly stronger citrus note than in the second third, although it does disappear totally at certain points. I do notice an interesting peppermint note that is extremely fleeting, and only present in the final third, but it was present on three of the five samples I smoked. There is still quite a bit of white pepper on the retrohale, but no spice at all on the lips or tongue, and both the burn and draw continue to impress me until the very end of the cigar, when I put it down with less than an inch left. 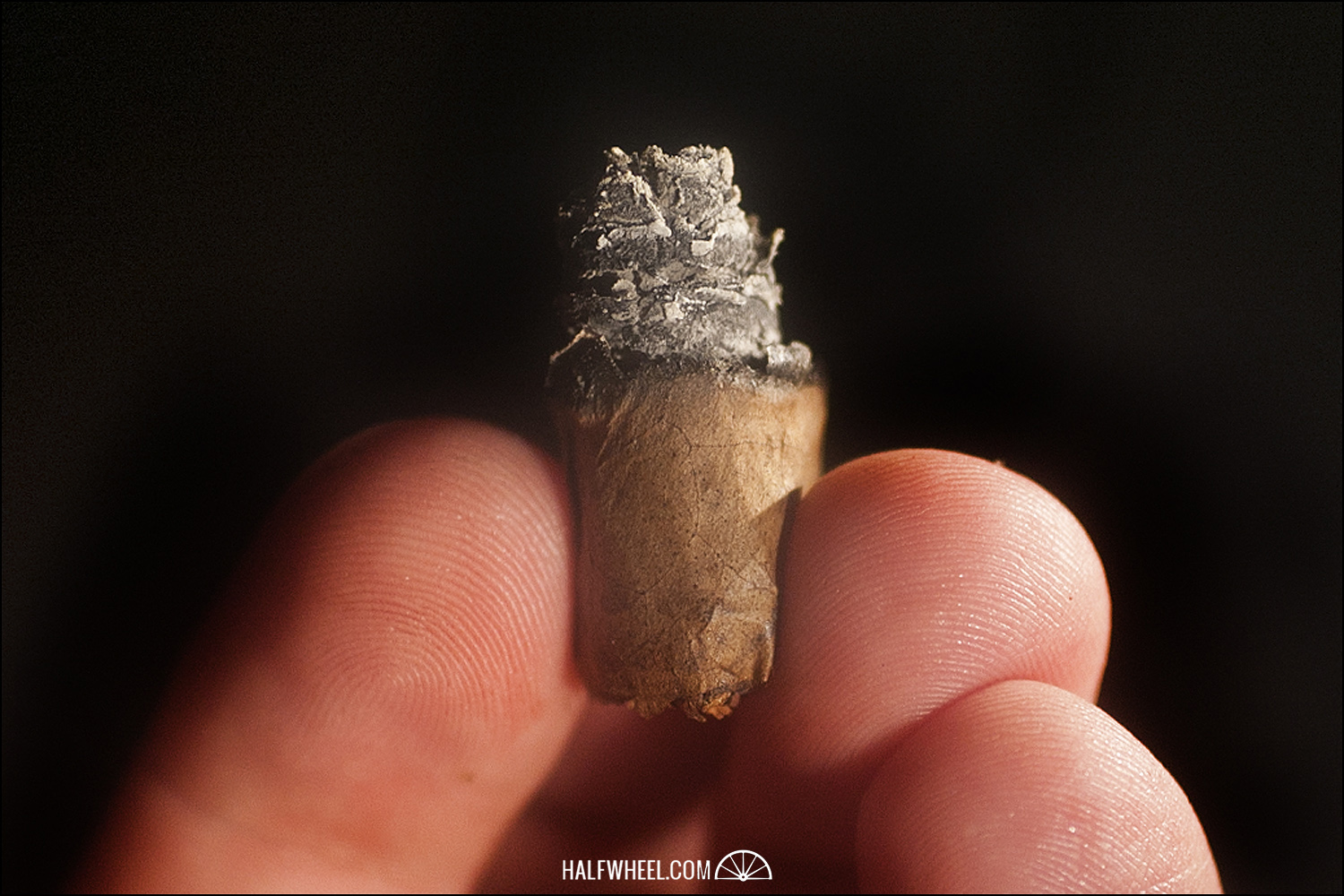