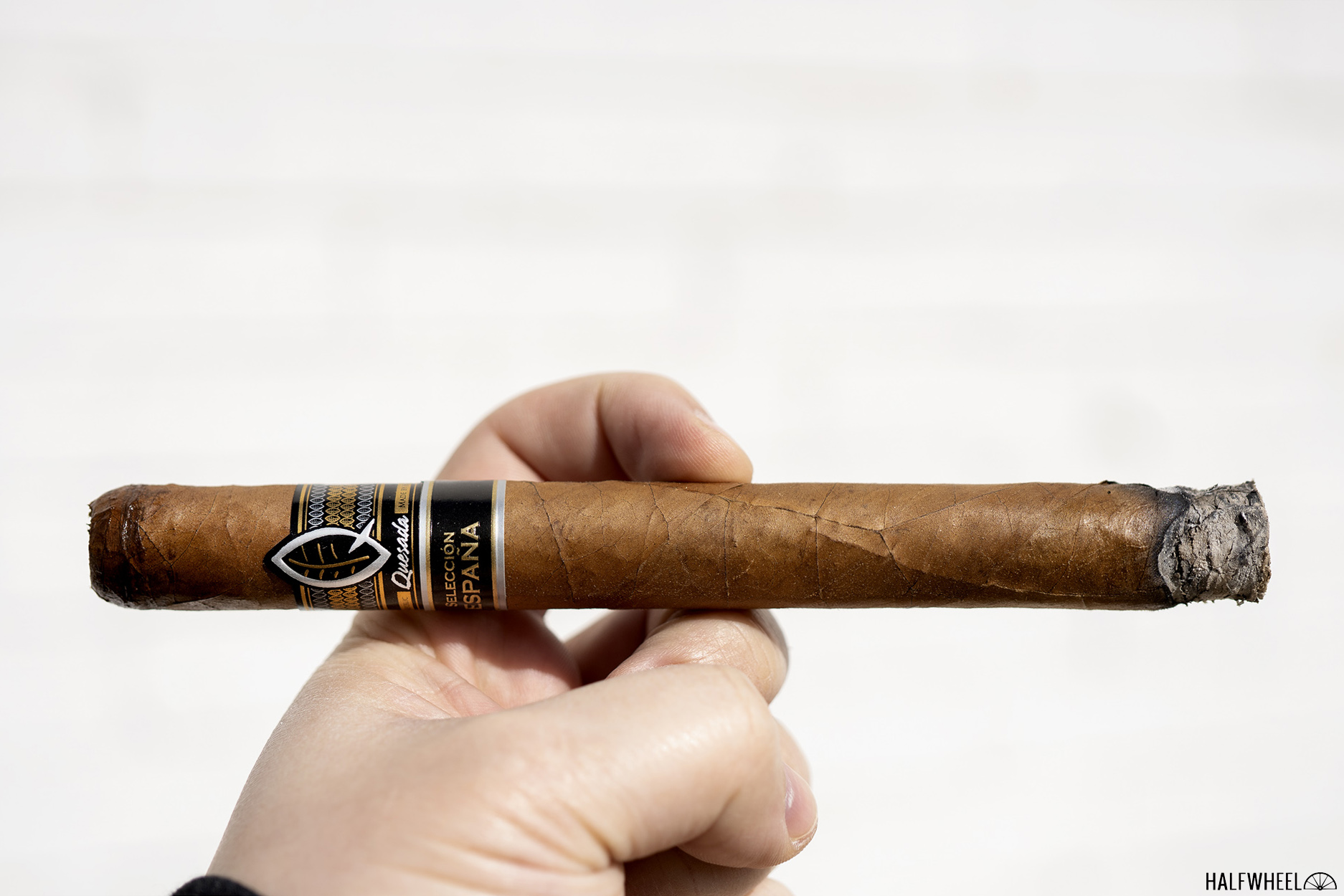 If you got into cigars sometimes in the last five years, the following story might be a bit surprising.

There was a time—not too long ago—that Federal Cigar of New Hampshire was one of the hotbeds of the best new cigars to enter the market. Around that same time, Quesada—a Dominican company best known for its Casa Magna brand, which it doesn’t actually make—had created one of the most beloved blends to come out of the Dominican Republic in quite some time.

As the name implies, the Quesada Selección España was originally created for Spain. After a couple of U.S. retailers smoked the cigar prior to its release in 2011—and presumably requested it for themselves as well—Quesada decided that it would release the cigar to the U.S. market. Blend-wise, the cigar uses an Ecuadorian Arapiraca wrapper over a Dominican binder and Dominican and Nicaraguan fillers.

Those two narratives came crashing to a head in March 2015 when Quesada sent the eighth vitola of its España line—a 7 x 47 Churchill—to Federal Cigar, in celebration of its 94th anniversary.

Since then, things have changed quite a bit for both companies.

Quesada’s Selección España brand hasn’t had a new release since 2016 and Quesada as a whole commands far less of a presence than it did five years ago. Federal Cigar changed ownership, sold some locations and no longer seeks out exclusive releases quite as it did. The stores themselves seem to have undergone many changes, though, most notably the addition of full bar service.

When I first smoked the España Churchill—nearly five years ago—I found that had some of the elements of the core España blend, but it lacked some of the finer points:

This was definitely an odd España, it lacked much of the overt sweetness that I normally associate with the blend, in favor of more subtle notes. Also missing was the refinement I normally associate with the España blend, but I think that’s due to the fact most of the Españas I smoke have at least a year on them in the humidor. Still, there are traits of what is undoubtedly a signature blend from Quesada: a changing earthy core surrounded by interesting and unique flavors. For me, it’s somewhere in the middle of the España line-up at least now, but I definitely look forward to spending two hours with the España Churchill in a year or so for a redux review.

I never got around to doing that redux, but as I was sorting through humidors a couple of weeks ago, I found a stray España Churchill and decided to see what an extended period of time had done. 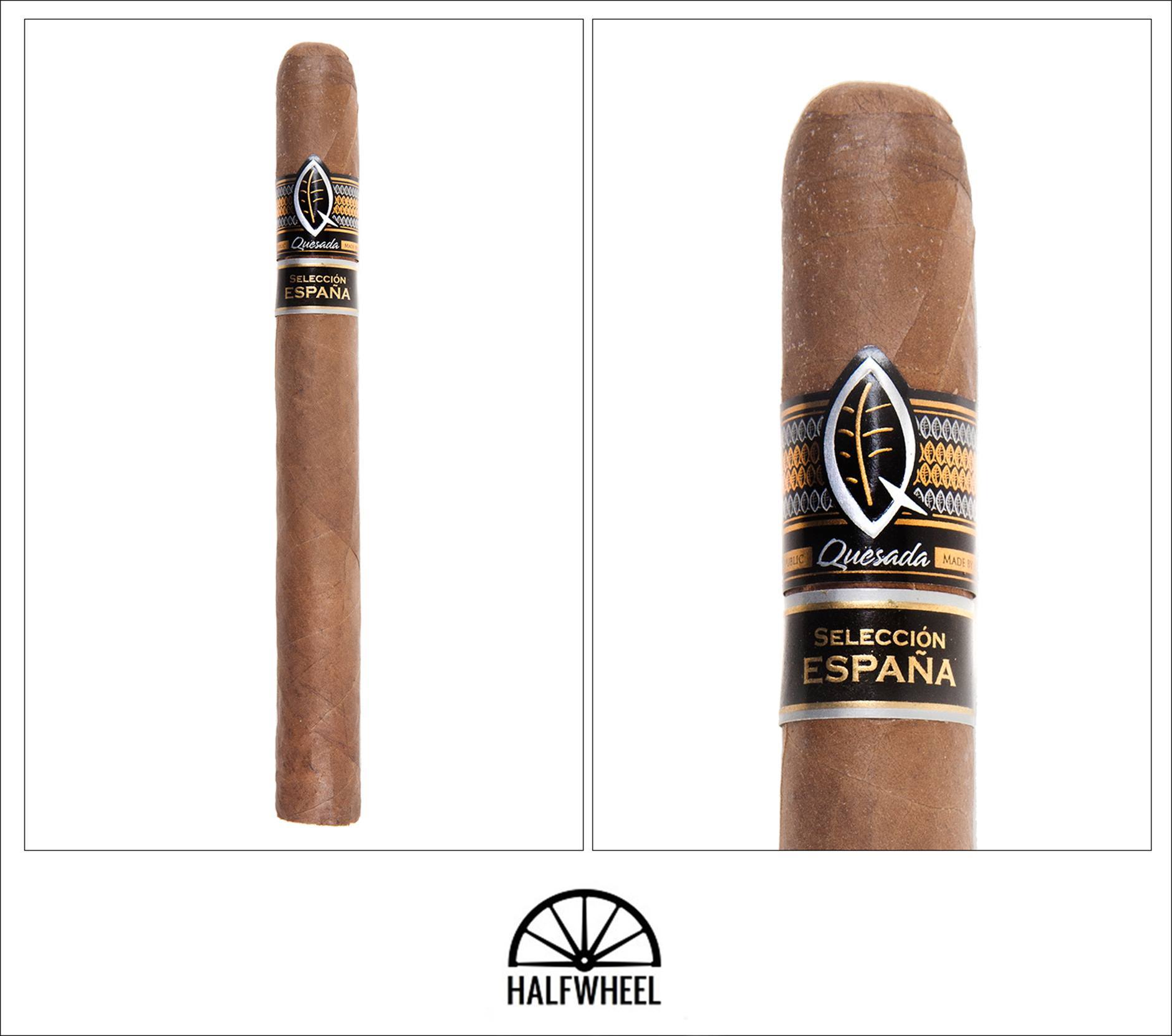 Upon seeing this cigar in my humidor, I smiled a bit. For whatever reason, Quesada would oftentimes put the España secondary bands on somewhat crooked, and this sample is much like that. The cellophane is a bit stiffer than fresh plastic, a sensible outcome after five years in a humidor. The cigar looks like the España blend I’ve smoked extensively over the years: a muted mustard color that shows some signs of stretching. Aroma from the wrapper is also quite familiar, offering sweet cedar and mild hay, while the foot has a much heavier wood aroma. The combination reminds me of a room at a country club my grandparents belonged to: woods, fresh-cut marble and a bit of sweeter coffee. The cold draw is medium-full with a bit of twang, meatiness, leather, vanilla bean and red wine. Everything is super compact and takes eight or so cold draws for me to entirely figure out what is being offered.

The España Churchill starts with cedar, sweet fruity flavors, burnt coffee and some burning oak flavors. It’s a slightly darker profile than a typical España, but there’s still quite a bit of sweetness. After a dozen or so puffs, I notice an added whole wheat pasta flavor, joining the sweet cedar and some berries. Flavor is medium-full, body is medium-full and strength is medium.

Normally, we split these redux review paragraphs either in halves or one paragraph deals with flavor and the other deals with construction. Unfortunately, the España necessitates a break after the first two inches or so. The draw tightens substantially and I soon find myself touching up the cigar pretty regularly to keep smoke production going. The profile has a more pronounced coffee flavor and is less grainy, though the sweet woods and berry flavors are still a core part of what’s happening. Retrohales have lemongrass, some underlying sweetness and a unique spiced rum flavor. Unfortunately, by the halfway mark, the touch-ups are becoming relights and the draw is tightening with nearly every puff. The profile eventually turns into a charred mess with some metallic flavors, a generic profile that nearly any cigar would have after needing to relight it every 15 minutes. After about an hour of frustration, I give up and put the cigar down with about two and a half inches left, albeit about three inches past the point where the cigar was willing to be reasonably smoked.

I have listened to Pete Johnson of Tatuaje talk about whether age will help Cuban cigars get better. His explanation is that age won’t help bad tobacco or plugged cigars. The latter is very much in play here. The first two inches of this Quesada España Churchill were very much what I remember about the España blends of yesteryear, cigars that were perennial candidates for our annual Top 25. The next four or so inches were awful. The top two inches of the cigar were hard as a rock with at least two knots in the bunch. To Johnson’s point, this particular sample fresh would have been bad and this cigar five years later is also bad.