During the 2015 ProCigar Festival held this past February in the Dominican Republic, Quesada Cigars showed off its most premium cigar to date, the Quesada Reserva Privada.

As has been mentioned several times in recent years, Quesada is big on honoring the generations that have been instrumental in the company’s growth and success and this cigar is another reflection and tribute to that idea. When the cigar was unveiled, Manuel “Manolo” Quesada Jr. described it as having roots in three generations, as some of the filler tobacco was planted and picked before his father, Manuel Sr., passed away in 1998, while the boxes reflect the younger and more modern look–complete with hologram on the inside—inspired by the fifth generation, which includes his daughters Patricia and Raquel, niece Esther Quesada and nephews Terence Reilly, José Manuel Bermudez and Hostos Fernandez Quesada.

The central part of the cigar’s story is tobacco from the 1997 harvest of Dominican San Vicente, which Manuel Quesada Jr. noted were all the same height and produced central leaves of the same size, the result of an even spread of the nutrients in the field. He refers to the tobacco as cosecha pareja, or even harvest. That tobacco got set aside for a project that was still to be determined, one that didn’t come about for 18 years until Patricia and Raquel found the tobacco and proposed the idea of finally using it alongside more recent tobaccos in a new blend. 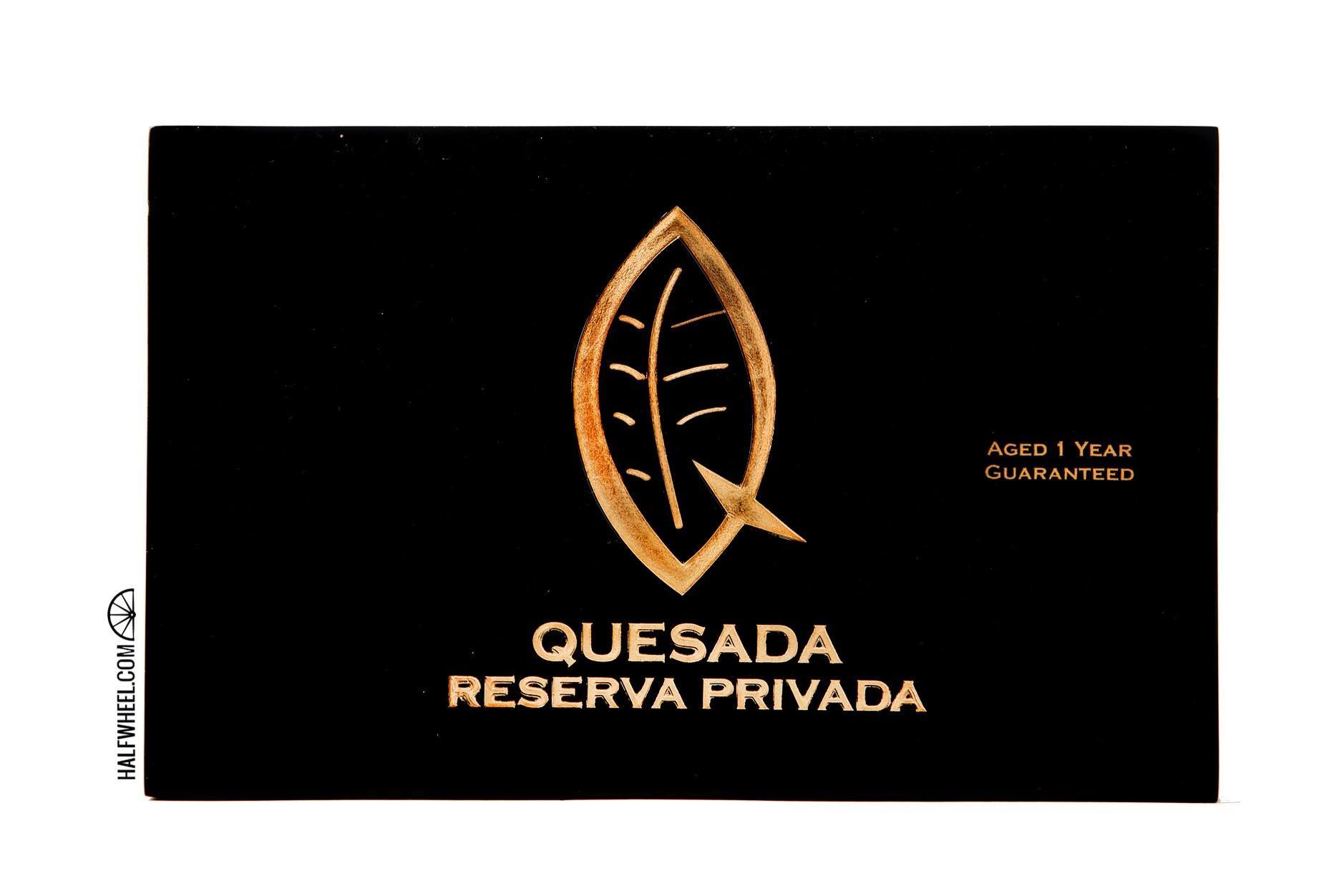 Each of those retailers will receive two boxes of each size at the beginning of the month through July. At the 2015 IPCPR Convention & Trade Show in mid-July, the company will fully release the cigar and add additional accounts. While it will be a limited edition, the company indicated it had a decent amount of filler tobacco from the 1997 vintage with which to produce a good number of cigars. Each cigar is rolled and then aged for at least a year with the debut batch being rolled in March of last year. Because of the required one-year aging process, the release of the cigars will be staggered as more retailers are added. The cigars are limited in some nature, but the company said it should be a few years before it runs out of the older tobacco.

While the tobacco dates back almost two decades, the packaging is noticeably fresh, using a hologram on both the inside of the lid, while the bands also have a holographic presentation. The boxes get a shiny black piano finish, with the Quesada logo on top and a felt bottom that carries the words “10 Premium Cigars, Made by Hand with Love, At The Quesada Cigars Factory, Licey, Dominican Republic” in gold foil. The first look at the Quesada Reserva Privada makes me think of the Quesada 40th Anniversary Corona Classica that scored very well last year due to its shade and the large Q logo on the front of the band, as well as the fact that both are Ecuadorian Connecticut leaves. The wrapper is a very light brown color, skewing almost towards yellow with a decent network of veins present but still offering a smooth feel to the fingers. All three samples are visually very attractive, with only the smallest of things to nitpick about such as the cap not always being perfectly circular. It’s also a firm cigar, showing little give when first inspected and given the thin top leaf, I’m hesitant to really challenge it much beyond a simple touch. The pre-light aroma from the foot is mild and gets me thinking of plain popcorn or very dry, subtle earth, while the cold draw is near perfect in terms of air movement while the flavors are dry, mild and neutral, again eliciting thoughts of plain popcorn on my palate.

The first puffs of the first Quesada Reserva Privada I smoked offer an incredibly smooth draw and smoke that echoes the popcorn note it gave off prior to lighting, though it now has just a touch of sourdough bread and an underlying pepper note that shows up as the lingering note from each puff, while the other two samples opened up with a much more pepper-forward sequence that really showed the Pennsylvania ligero while maintaining the previously mentioned notes in supporting roles. Bt the time all of the cigars were three-quarters of an inch along, the pepper was definitely front-and-center, as well as a bit of a sugary plant sweetness, particularly in the nose; an unmistakable note delivered by what I presume to be the Pennsylvania ligero. The draw and burn line have both been near perfect, with the ash holding on tight for well over an inch before finally giving way. Pepper keeps the lead role through the transition to the second third, and in the final cigar I smoked it is at its cleanest and brightest, commanding full sensory engagement without being overpowering, at least for my palate.  The first appreciable and consistent change that I can pick up in terms of strength comes just ahead of the midway point as a touch more pepper comes along while the flavor opens up a bit, showing a bit of earth on the base note while a strong, dry wood note steps to the forefront. The pepper is a bit punchier in the nose as well, adding to the overall impact the cigar offers. Even with the uptick in strength the smoke stays fairly creamy and offers a soft, mouth-pleasing feel for the rest of the flavors to develop. The burn line starts to show its variance here, as it was absolutely perfect in the first cigar while much wavier and uneven in the second, something that I wonder might be tied into the flavor and placement of the ligero, though there is absolutely nothing wrong construction-wise with the third cigar and it offers the best showing of pepper. The mouthfeel of the smoke continues to develop nicely, becoming even fuller but generally staying soft as the final third commences, or at least as soft as such a pepper-laden cigar can offer. I’m not getting nearly the strength from the cigar that I got earlier, but the sweet richness from the aroma is absolutely fantastic and quickly becomes my favorite part of the cigar. As the cigar burns past where the band would be, I start to get just a bit of charred wood, a very faint note that adds a bit of depth to the flavor profile and does a fine job advancing the narrative the cigar has been telling. For as much as I enjoy the flavors that the Quesada Reserva Privada offers, I find myself anticipating the aroma even more, using each puff to facilitate more of the ambient smells that are being offered. There’s no problem or objection not to smoke as much of this cigar as possible, even while the flavor becomes a bit more robust in the final inch, it stays plenty palatable until you decide it is time to put it out. I have to hand it to Quesada, this is one heck of a good cigar. While it doesn't lead the palate down a winding path of peaks and valleys, it presents an incredibly enjoyable smoking experience from start to finish marked by incredible balance, clean pepper and generally solid construction. I'd still be interested to know why I had such a different impression from the first cigar as opposed to the other two, and what made one burn much more unevenly, a question I have a feeling I'll be exploring with a few more of these when they hit retail the coming days.