The molotov cocktail is back.

Quesada has announced that its Q d’etat line will return in limited quantities at this year’s 2017 IPCPR Convention & Trade Show. Originally released in 2012, the line was made to raise attention to the government’s regulation and taxation of cigars, something that had been brought to the forefront because of the adaption of the SCHIP taxes. Each box contained a sign up form for Cigar Rights of America (CRA). 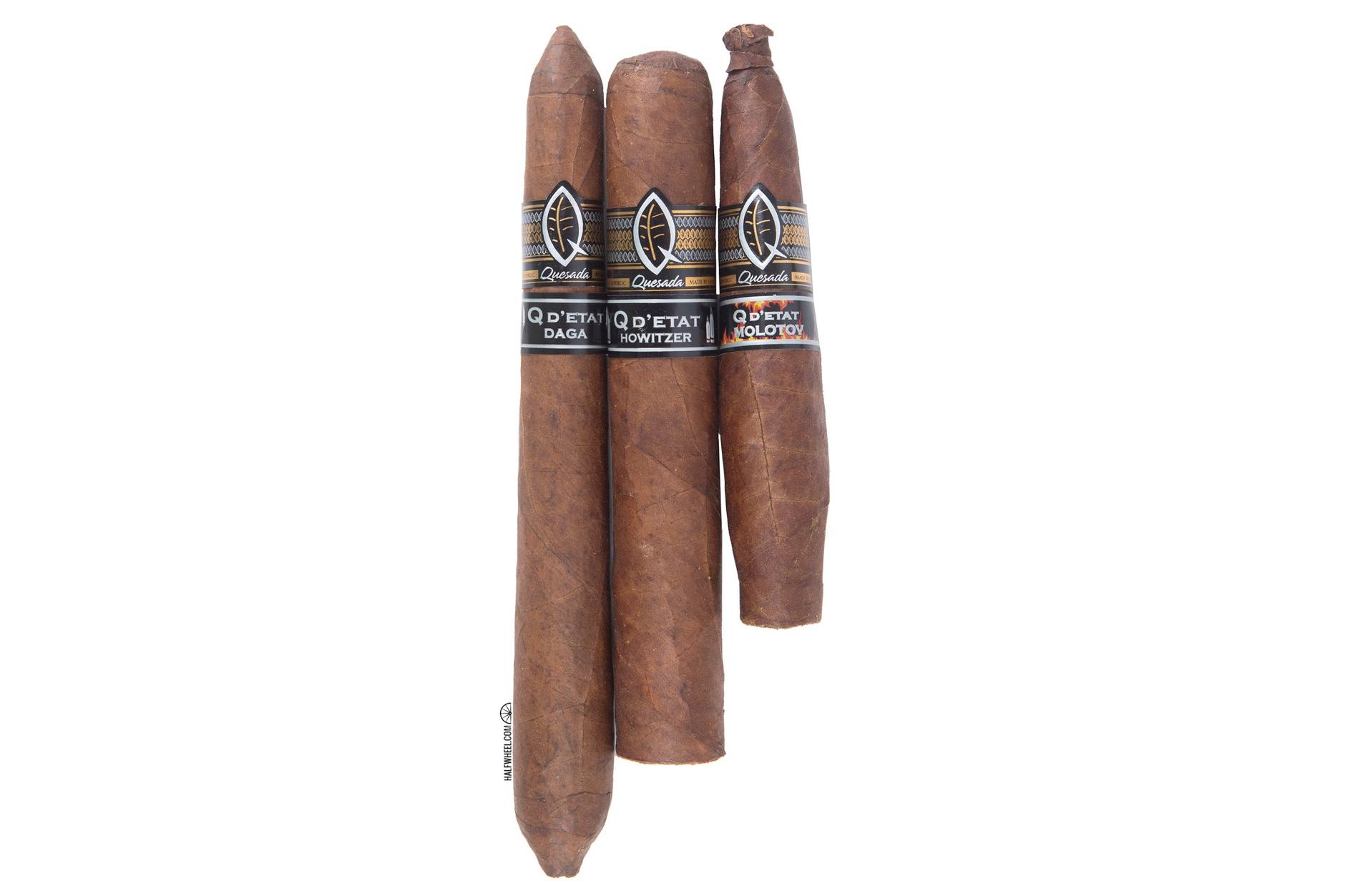 Note: the above is the original cigars. The new versions will not feature secondary bands.

The Howitzer and Molotovs are both Dominican puros, while the Daga uses an Ecuadorian arapiraca wrapper, criollo 98 binder and fillers from the Dominican Republic and Nicaragua.

While the cigars will be shown off at the 2017 IPCPR Convention & Trade Show, Quesada will have a soft launch hosted through Cigar Dojo, a cigar social app and blog, and Payless Cigars & Pipes, the online retail store of Smoker Friendly.