At the 2015 IPCPR Convention and Trade Show, Quesada introduced not one, but two brand new vitolas in the Oktoberfest line, which originally debuted back in 2011: the Double Bock, a 7 x 47 churchill and the Das Brauhaus, a 4 1/2 x 60 double perfecto with a clean cut foot and a pigtail.

However, the Oktoberfest name is about the only thing that these two new sizes have in common with the rest of the line, as they replace an all Dominican blend from the original cigars with an all-Nicaraguan blend. In addition, the two new cigars are produced at Plasencia Cigars S.A. in Estelí, Nicaragua as opposed to the rest of the line, which is produced at Quesada Cigars factory in the Dominican Republic. With the addition of the Double Bock and the Das Brauhaus, there are now 13 different vitolas in the Oktoberfest line. The Oktoberfest Das Brauhaus is covered in a dark mocha brown wrapper that has a bit of tooth to it, along with a slight sheen of oil. It is extremely dense and features coiled pigtail on the cap along with a cut foot. Aroma from the wrapper is a combination of manure, barnyard, hay, dark chocolate and leather, while the cold draw brings flavors of wood, spice, leather, earth, dark chocolate and bitter coffee.

After taking a while to get lit, the cigar starts out with a very creamy earthy core interspersed with fragrant oak, leather, popcorn, grass, dark cocoa and espresso beans. There is some significant pepper on the retrohale for the first 15 puffs or so, but it recedes quickly after that, leaving just a ghost behind. I am noticing some generic sweetness on both the palate and retrohale, but it is not overly strong as of yet and I can’t really place what it reminds me of. The draw starts off a bit tight, but opens up nicely after about 20 minutes and the burn is fine without being razor sharp. Smoke production is moderate, and the overall strength hits a point just below medium by the end of the first third. The sweetness in the blend takes a step forward in the second third of the Quesada, reminding me strongly of vanilla beans, while the creamy earthy core remains. Following close behind are flavors of cashews, oak, leather, wheat, coffee and chocolate. There is a noticeable increase in the black pepper on the retrohale, as well as a new touch of spice on my tongue, and the smoke production has bumped up a bit as well. Construction-wise, the draw is still quite good, while the burn is a bit wavy, albeit not bad enough to have to touch up at any point. The overall strength is starts out the third below the medium mark, but finally goes over by the end of the second third. 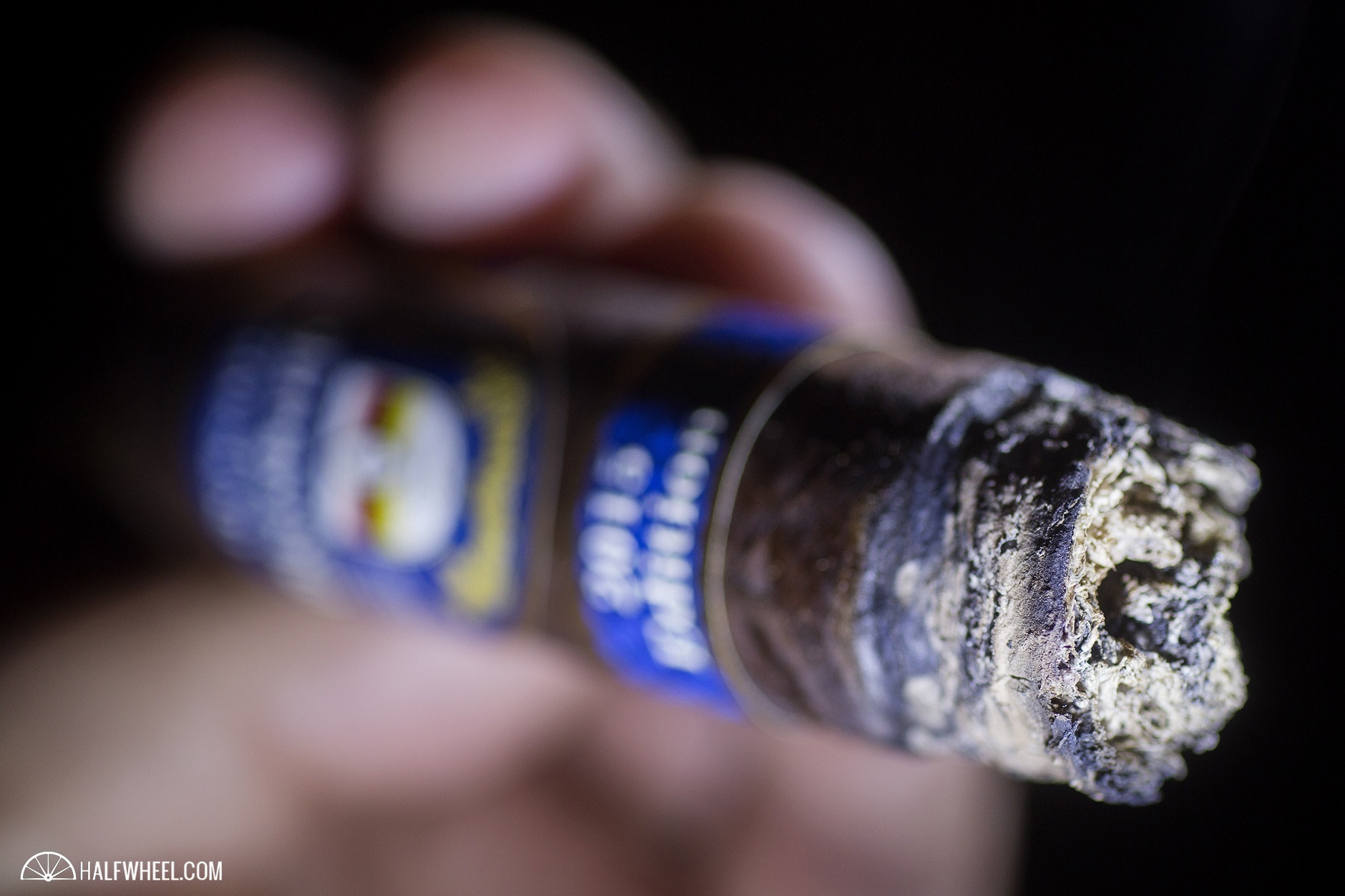 The final third of the Das Brauhaus mirrors the second third in many ways, including the dominant creamy, earthy note interspersed with flavors of oak, espresso beans, dark cocoa, leather, hay and anise. The vanilla bean sweetness is still present on the retrohale, as is some black pepper, but both are noticeably reduced from the second third, albeit still a significant part of the profile. The spice on my tongue is long gone, and the smoke production remains fairly consistent. Both the burn and draw give me no issues at all, but the strength seems to stall at a point just slightly higher than medium by the time I put the nub down with less than an inch left. I have enjoyed, but never loved the original Ocktoberfest line, finding it a bit too linear for my tastes in every vitola I smoked. However, the new smoother blend of the Oktoberfest Das Brauhaus is an impressive step up, with an notable increase in sweetness—even sans an Oktoberfest beer to drink it with—and a noticeably more complex profile. Construction was quite good overall and smoke production was above average for the entire cigar. I enjoyed the 60 ring gauge Das Brahaus quite a bit, and it easily surpasses the original line in just about every way.