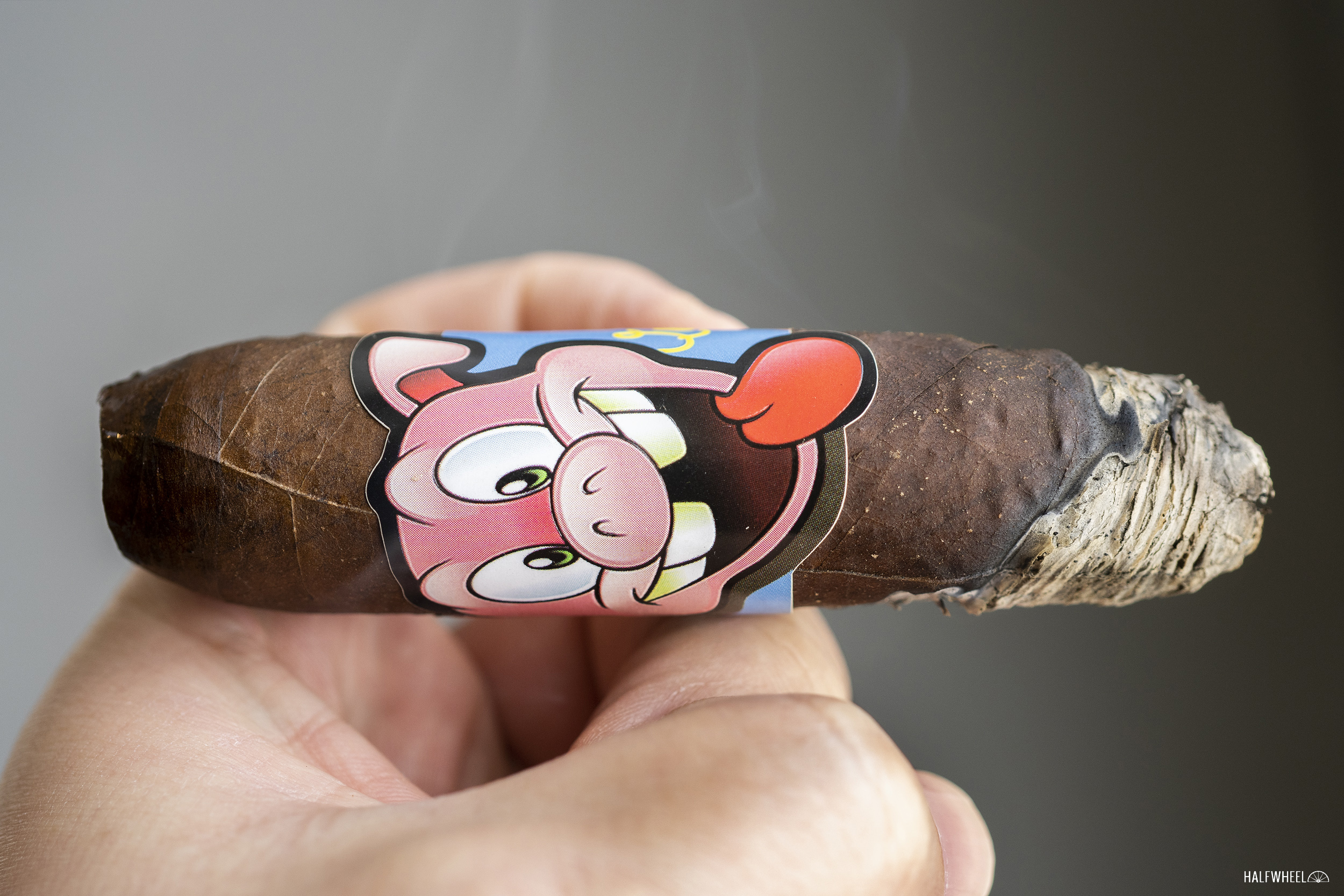 There are brands like J.C. Newman’s Quorum that sells millions of cigars annually and more or less never gets talked about, especially on websites like this.

On the other hand, there’s something like Privada Cigar Club’s Limited Cigar Association (LCA), which may or may not even be on track to sell 100,000 cigars annually but seems to get talked about a lot.

Privada is certainly not alone on that end of the spectrum. There are countless brands in this business that have, in my opinion, an outsized online presence. And given Privada’s previously online-only approach, it makes plenty of sense.

Privada Cigar Club started as seemingly yet another monthly cigar subscription service by someone who had no prior cigar retail experience. Brian Desind, the company’s founder, seems to have understood the multi-faceted approach needed to separate Privada from the rest of its cigar club peers. That approach includes an influencer-like social media strategy of constant updates on a variety of channels, a community-driven aspect that encourages customers to feel brand ownership, a constant stream of new exclusive cigar labels for the brand, and good old fashioned relentlessness.

To pull back the curtain just a bit, we get pitches to write stories or review cigars from monthly cigar subscription services seemingly every week. Most of the time the answer to “will you write about this?” is no. There will be some weeks when Privada is sending Patrick Lagreid, who largely handles these stories, multiple pitches, even after getting a lot of responses of no. That relentlessness—which some would certainly describe as annoying—is something that I can admire. And I imagine given halfwheel’s limited interactions with Privada’s relentlessness is something that extends to lots of Privada’s business.

Beyond relentless, Privada seems rather committed to thinking outside of the box. Sometimes the ideas aren’t too outside of the box of what a monthly subscription cigar service could be: it once hosted a pairing dinner, a common enough idea that even we’ve done it. Other times, it’s pretty crazy: Privada is currently in the process of giving away a used Dodge Charger.

Its most ambitious project is unquestionably the Limited Cigar Association (LCA). The name isn’t my favorite, as the “association” part oftentimes gives an impression that it’s a trade group. In actuality, it’s a wholesale distribution company where Privada sells cigars to cigar retailers, who sell them to their consumers. As the name implies, the goal is to offer limited edition cigars, usually in pretty small amounts. In order to make this worthwhile, Privada has taken the approach of monthly shipments of a couple of cigars, though recently it seems like the shipments have increased in frequency.

Released in May 2021, one of those cigars was the Quesada BBQ Pig LCA Exclusive, a 4 x 60 double perfecto reminiscent of Drew Estate’s Liga Privada Flying Pig vitolas. Privada disclosed no details about the cigar, other than it has an MSRP of $12 and is sold in bundles of 20. Obnoxious pig band aside, the Quesada BBQ Pig has an attractive looking dark brown wrapper with plenty of red colors breaking through. While it might have signs that it is going to be an oily cigar, it’s actually not all that oily. Instead, the wrapper is pretty smooth to the touch. On two samples I make the mistake of grabbing the top of the cellophane and as such, taking off part of the cap with it. Unlike the Liga Privada Flying Pig, this uses a relatively small pigtail that is more in line with a regular pigtail. Aroma-wise, I don’t pick up a ton from the wrapper. There’s some leather and barnyard, but not much else. The small foot provides a bit of a floral sensation along with some chocolate, but I seem to be picking up more of the wrapper than anything else. Cold draws are somewhat tight and I taste nuttiness and a sugary citrus that reminds me of HI-C overtop some milder creaminess. Overall, the cold draw is medium-full, a bit stronger than the medium aromas I got from the wrapper and foot.

I’m generally a fan of a slightly tighter draw, but I am quickly reminded why these short, fat double perfectos aren’t my thing: there’s not enough smoke coming to my mouth. The minimal smoke that makes it to my palate provides notes of oak, earthiness and creaminess; along with some white pepper all around my lips. After getting accustomed to having to take multiple puffs to get enough smoke to my mouth, the flavor develops into a profile led by nuttiness overtop some fruitiness, saltiness and a metallic flavor. While 99 percent of the time that I encounter metallic flavors in cigars they are generally off-putting, this one seems to actually work with the profile. I think the cigar would do better without it, but it doesn’t kill the profile like so many metallic notes before it have. The finish includes a gritty earth flavor followed by peanuts, generic nuttiness and a touch of pink salt. By the time I get around to retrohaling, I’m disappointed I waited 10 minutes to do so. It tastes like someone dipped pizza crust in herb butter. The distinct bread and herbal sensation is joined by earthiness, sourness and a bit of the metallic flavor. As the sensations dissipate, the retrohales finish with burnt pizza crust, moist earthiness and lots of dark chocolate. Flavor is medium-full, body is close to full, and strength is medium-plus. All three cigars struggle when it comes to delivering smoke to my mouth and one cigar has a pretty problematic burn. The Quesada BBQ Pig seems to get grittier in the second third. Oddly, none of that gritty earthiness that I tasted in the first third makes it over, though there is some earthiness. The strongest flavor, at least in two cigars, is a pretzel flavor, followed by some creaminess and pizza crust. The finish has nuttiness, creaminess, earthiness, leather and saltiness—though not always in a singular puff. Retrohales have a similar pizza crust sensation, but it’s a lot different than the first third. There’s none of the herbal flavors, and now the metallic flavors have ramped up. One sample has a nice burnt caramel note in the retrohale for about 15 minutes, though I don’t get it on the other two cigars. The retrohales finish with nuttiness, coffee beans, creaminess and lots oak. While I’m not fond of the uptick in metallic flavors once the smoke is in my nasal cavity, the finish once the smoke has left my nose is my favorite part of the cigar up until this point. Flavor remains medium-full, body is a bit closer to medium-full than full, and the strength is medium-plus. Each of the cigars get a deduction for the poor draw—it’s not that it’s too tight, rather there just isn’t enough smoke coming to my mouth—and two cigars need help with uneven burns. I start off my notes for the final third by typing “Mango?” It’s not that the strongest flavor reminds me of mango, but there’s some odd flavor in the middle of the profile that comes and goes. The closest food flavor I can think of is mango, though it could be some other fruitiness. Unfortunately, as with Flying Pigs and other like sizes before it, the final third of this cigar is tougher to smoke than the other two, which isn’t great. Smoke production continues to slowly reduce and it’s more and more challenging to pick up flavors without getting the BBQ Pig too hot. Flavor-wise, I get nuttiness and some Lay’s potato chip-like notes, but I can’t help but feel there’s more to be had beyond just the mango note. The finish is metallic, though there’s also earthiness and some of the potato chip flavors. While there’s not much to balance out the metallic finish, fortunately the flavor intensity is closer to medium at this point. Retrohales have bread and herbal flavors, but it’s a far cry from what I tasted in the first third. For a good 10 seconds, the rertrohale’s finish tastes like I just ate a loaf of sourdough bread and the sprinkled black pepper in my mouth. Eventually, the metallic flavors make their way into that too, which isn’t great. Given the aforementioned smoke production and burn line issues, it should be of no surprise that I needed to use the lighter to help keep the cigars burning properly. This shape has always been form over function and as I do every time I smoke a blend in this vitola, I wonder what it would have been as a robusto or a toro. There are interesting flavors—some more enjoyable than others—and despite their differences, they work together to make an oddly harmonious cigar. But the Quesada BBQ Pig is an absolute pain in my ass to smoke. Most the time my first puff fails to deliver enough smoke for me to taste much of anything and too often a second puff doesn’t alleviate the issue either. Given Privada’s model with LCA, this probably doesn’t matter sales-wise because the number of cigars sent to a specific retailer is so small, but if a retailer had to try to sell them on a regular basis, I’m not convinced that any cigar in this shape would ever sell well, BBQ Pig included.