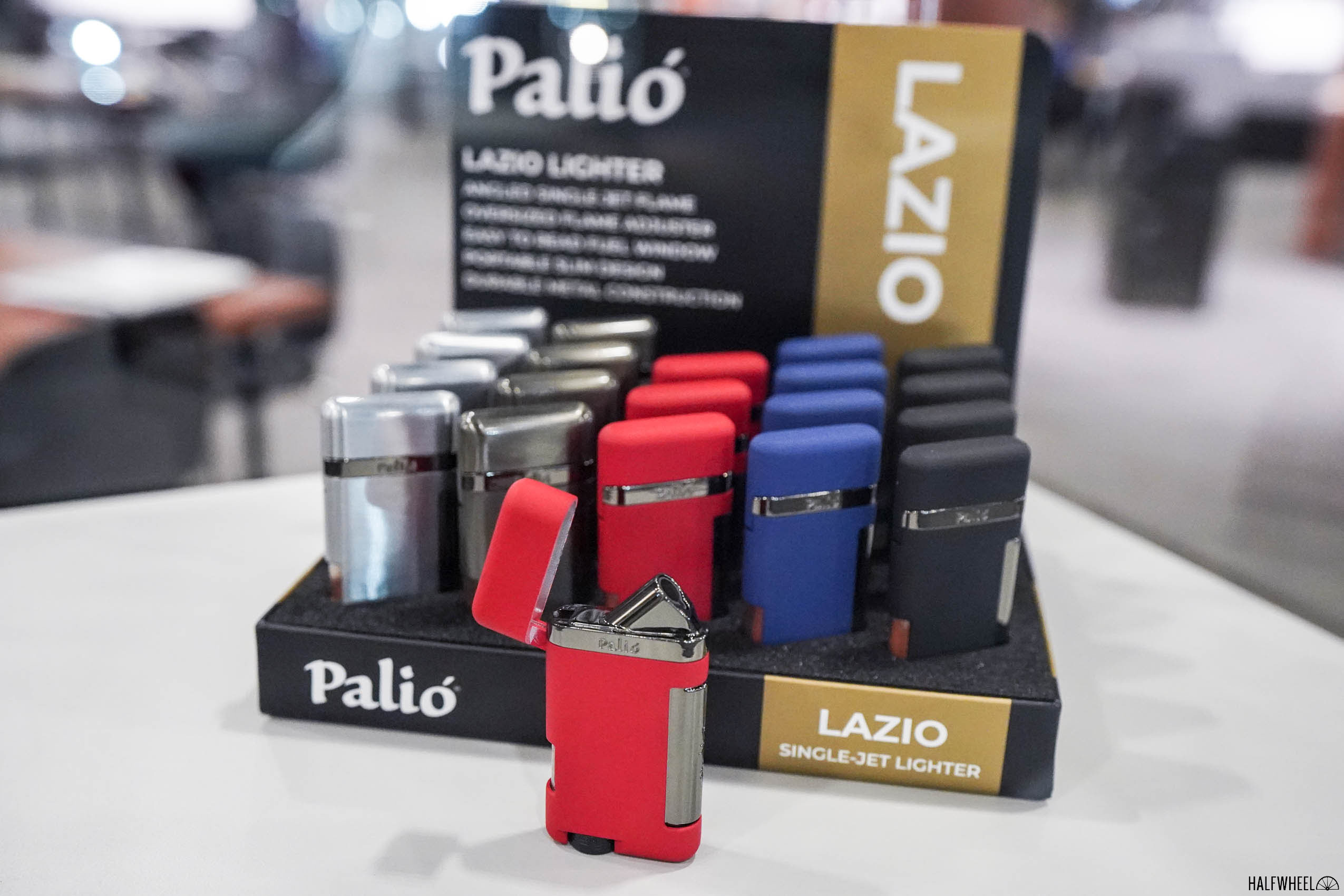 The Palió Lazio, one of the several new lighters that Quality Importers Trading Co. showed off at the 2022 PCA Convention & Trade Show, is on its way to retailers.

The Lazio is a slim single torch lighter designed to be both pocket- and wallet-friendly, as it comes with an MSRP of $14.99. Most notable about its design is that the flame is angled up and away from the body of the lighter’s metal body.

That flame can be adjusted via a large flame adjuster on the bottom of the lighter, while a large fuel window shows how much butane is left in the tank.

The Palió Lazio is offered in five colors: red, blue, black with a rubberized finish, chrome plated and gunmetal plated.