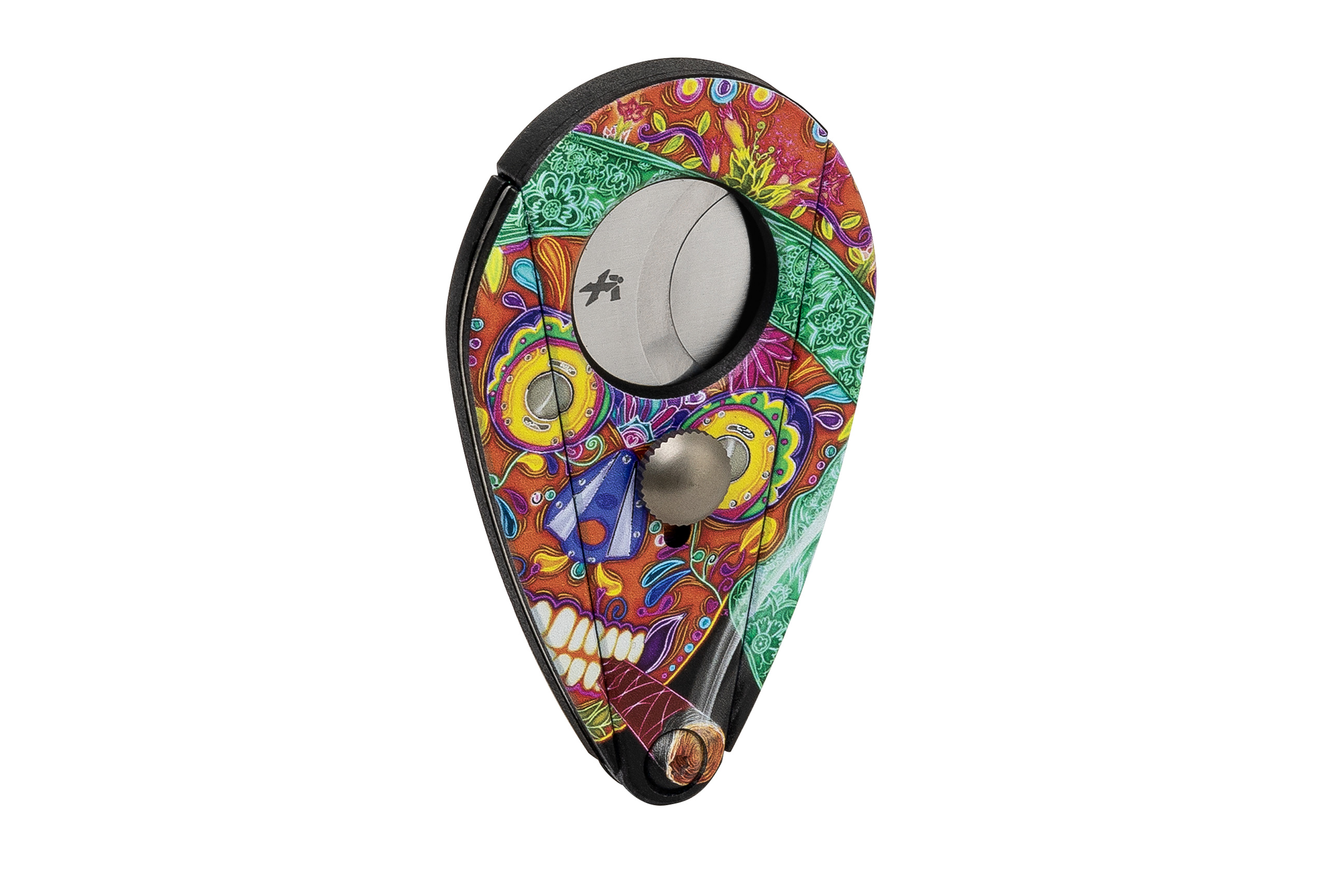 Quality Importers Trading Co. is getting into the world of non-fungible tokens (NFTs), but the company isn’t creating them. Rather, it is bringing NFT artwork out of the digital world and into the physical world by way of some new designs for several of its cigar accessories, which it is launching under the header of Global NFT Gallery Collection.

“The NFT community is something I care deeply about,” said Michael Giordano, ceo and founder of Quality Importers, via a press release. “I am able to connect to artists digitally that I never would have discovered otherwise and offer them the unique capabilities here at QI to bring their art to the masses. Art is one of my passions, the walls at our office are covered in artwork I have acquired over the years, and through the Swag Bunker we can bring them to life beyond the screen and canvass.”

The collection is debuting with two lines, “Calavera” and “Havana Beauties,” which the company released on Friday and which will begin shipping to retailers next week.

The Calavera line is being released ahead of Dia de los Muertos, or Day of the Dead, a Mexican holiday where the living remember and pay tribute to those who have passed away. It features a classic sugar skull design that incorporates hidden Quality Importers designs, artwork that was created by Jahnvi Arora, an India-based artist who designed the artwork specifically for Quality Importers. Three pieces will use Arora’s design:

The Havana Beauties line is designed by Maryam Sadeghi, an architect and self-taught artist based in Iran. It features five designs, which are Cuban-esque styled portraits. “In this turbulent world, perhaps we can polish our souls a little through art,” Sadeghi said via a press release.

The Havana Beauties series artwork is being applied to the same four items:

The five pieces in the Havana Beauties series are called Delight, Fiction, Fascination, Insight and Daydream.

“The power of this collection is not only that it lets QI be on the cutting edge of technology and art, but that it gives our retailers and consumers
the power to directly impact the lives of these artists,” said Michael Giannini, chief of customer engagement for Quality Importers, said via a press release. “You can make a difference with every purchase.”

A portion of the proceeds from each sale of the collection will go to the artist to further support their work.