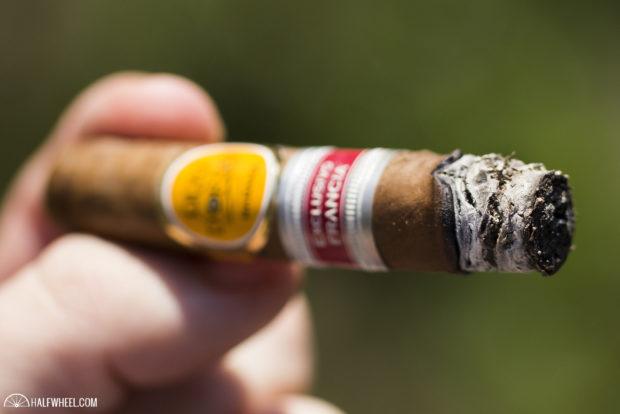 If there has become a relative certainty in the world of Habanos S.A. Edición Regional releases in recent years, it’s that France will get a new shape of the Quai d’Orsay brand. The marca has been used three times since 2011, and last fall, it was announced that a fourth one would be joining the group.

Last November, SEITA, the company that distributes the brand in France, along with the Jose L. Piedra marca, released details about this latest Edición Regional, the Quai d’Orsay Secreto Cubano. A relatively tiny 4 3/10 x 40 petit corona, the vitola is known in factories as the secretos and can be found in the Cohiba Maduro line. It was also used for the Por Larrañaga Secretos, a 2013 Edición Regional release for Spain. The new Secreto Cubano is only part of the Quai d’Orsay news of the past year, as the brand has received a significant reinvigoration by Habanos S.A. as part of its move from a hyper-local brand to a more global one.

If you’re not familiar with the Quai d’Orsay brand, it dates back to around 1973, when Valéry Giscard d’Estaing, then Minister of Finances and soon-to-be President of the French Republic, sent a letter to the state tobacco monopoly asking why there was no French cigar. A request was made to Cubatabaco, whose chief blender crafted a new cigar that would come to bear the name Quai d’Orsay, named for the wharf along the Seine where the tobacco office was located. It remains the only brand made completely in Cuba at the request of another country.

The line has been one of many to see its portfolio of regular production sizes trimmed, and prior to this year sat at just one size, the Coronas Claro (5 3/5 x 42) after the Imperiales (7 x 47) was eliminated in February 2015. However, in August 2016, a list of upcoming Habanos releases was leaked, and the future of Quai d’Orsay suddenly looked a lot brighter thanks to two new sizes, Alma (5 3/10 x 54) and Gourmet (4 1/3 x 50).

Once Habanos S.A. decided it wanted to start talking about the future of Quai d’Orsay publicly, it announced that the brand would be featured during Festival del Habano XIX, held in late winter as a way for the company to show off its upcoming releases. “A promising new stage from this Festival on” was the promise for Quai d’Orsay.

As the Festival del Habano XIX was beginnign at the end of February 2017, Habanos S.A. unveiled the new releases, though with new names, as the Alma became the No. 54 and the Gourmet became the No. 50. Additionally, it announced that the Coronas Claro would be sticking around.

The three cigars appeared wearing updated bands that were much bigger and shinier than the previous ones, which were a matte finish and easily described as boring. The trio of cigars would also be getting international distribution to major Habanos S.A. markets.

It’s important to note though that the term re-blend was never used in any of the announcements about Quai d’Orsay. The Secreto Cubano is downright tiny in comparison to many of the cigars I have been smoking lately, almost a half lancero in size. The well-tanned wrapper is surprisingly veiny, and while the roll is firm and looks decent, even the best one couldn’t smooth out the bumps that the top leaf seems to have. The foot is quite nondescript, offering a very generic dry tobacco note with just a bit of box wood. The cold draw is a bit tight and a bit sweeter, with a subtle banana note the most distinguishable, though there is certainly no fruit basket to be found here.

The first puffs are predominantly wood-driven, dry but rich and not terribly peppery, though that does change slowly from the time the foot starts burning until the first clump of ash drops off. One sample offers a bite are room for the flavors to develop, the result is a very welcomes creaminess that has just a touch of sweetness which pays dividends of complexity. The pepper is particularly noticeable through the nose, with retrohales showing both the brightness of white pepper and some of the gravitas of heavier, black pepper. Before long the second third is readying itself as pepper continues to increase. 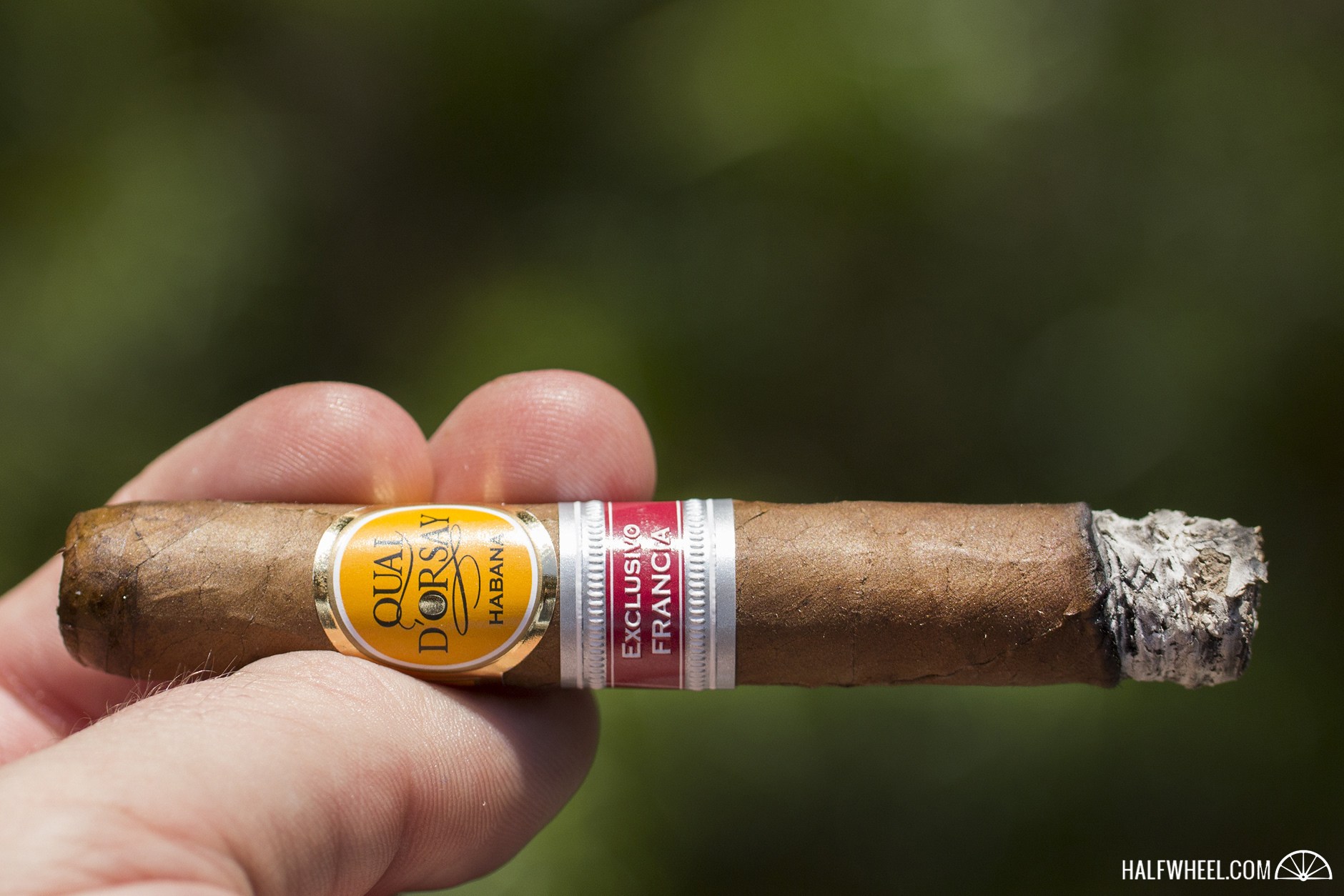 It’s not quite noticeable until the final puffs of this section, but the Secreto Cubano has taken some steps forward in strength and pepper, as both are much more a part of the cigar than they had been before. The cigar leaves a dry touch of irritation in the back of the throat, something I’m not shocked by given its youth, and something I’m optimistic will work itself out in time. In one sample, the banana note continues to live on, having merged with the creaminess for a it of a smoothie note, and the results continue to be quite good for the overall profile. Once again, the cigar picks up a bit more strength heading into its next chapter. 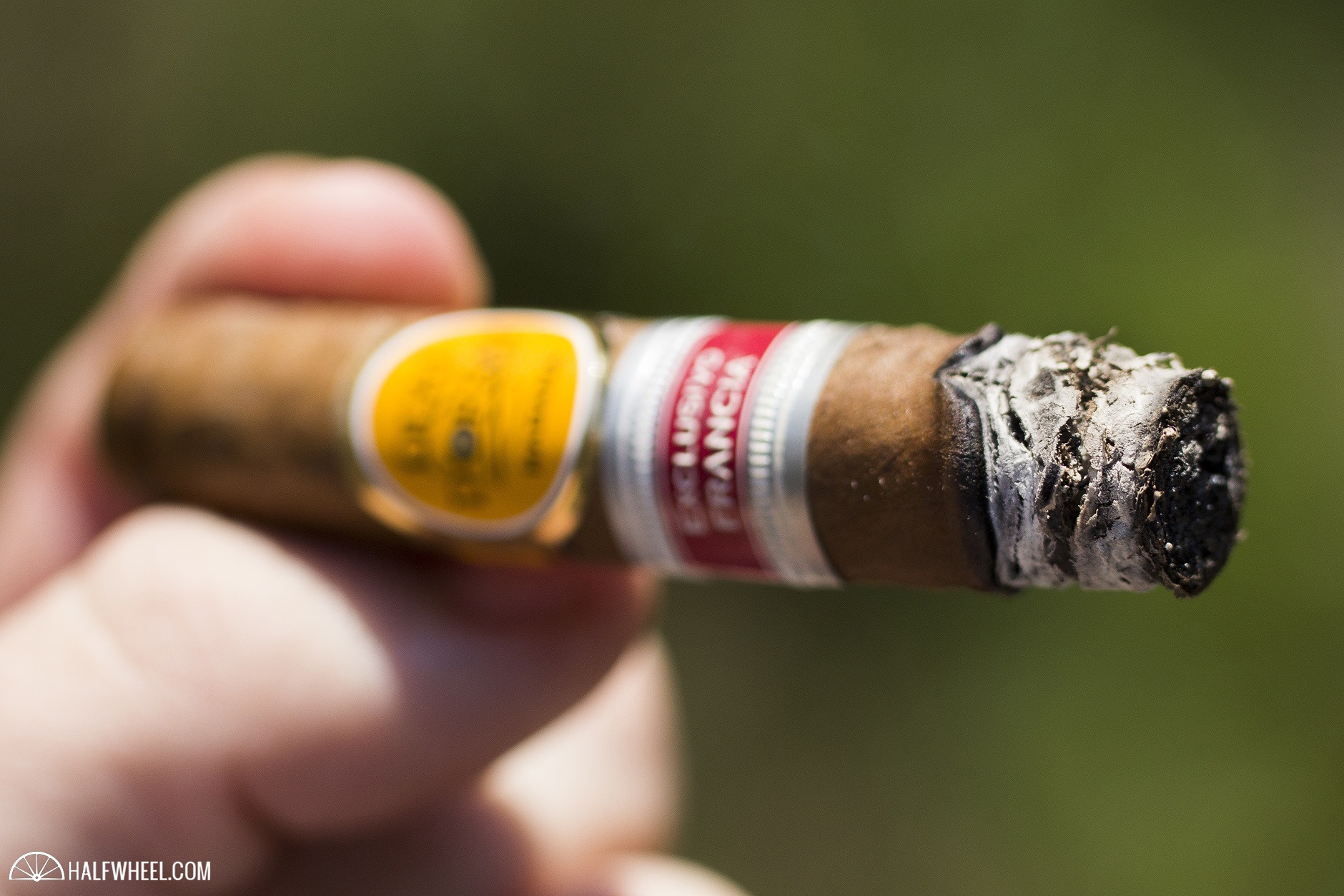 If there is a word that sticks out at the start of the Quai d’Orsay Secreto Cubano’s final third, it’s dense. There is no shortage of flavor stimulation, but it feels so concentrated in the first two samples that it’s hard to pick much out, other than the aforementioned wood and pepper which drive the physical reaction on the tongue and in the nose. The third sample has a bit more room to operate, and while the sweet creaminess is largely gone by the final third, the rest of the profile doesn’t come across quite as concentrated. Retrohales offer the most expressive interaction with the smoke, though it remains fairly linear with white pepper the most dominant. The cigar seems to be done almost as quickly as it starts, burning down to a lip-warming nub in what feels like a matter of minutes. The burn line, draw, combustion, and smoke production have all been quite good, something that can be a bit of a surprise when smoking multiple samples of a Cuban cigar. 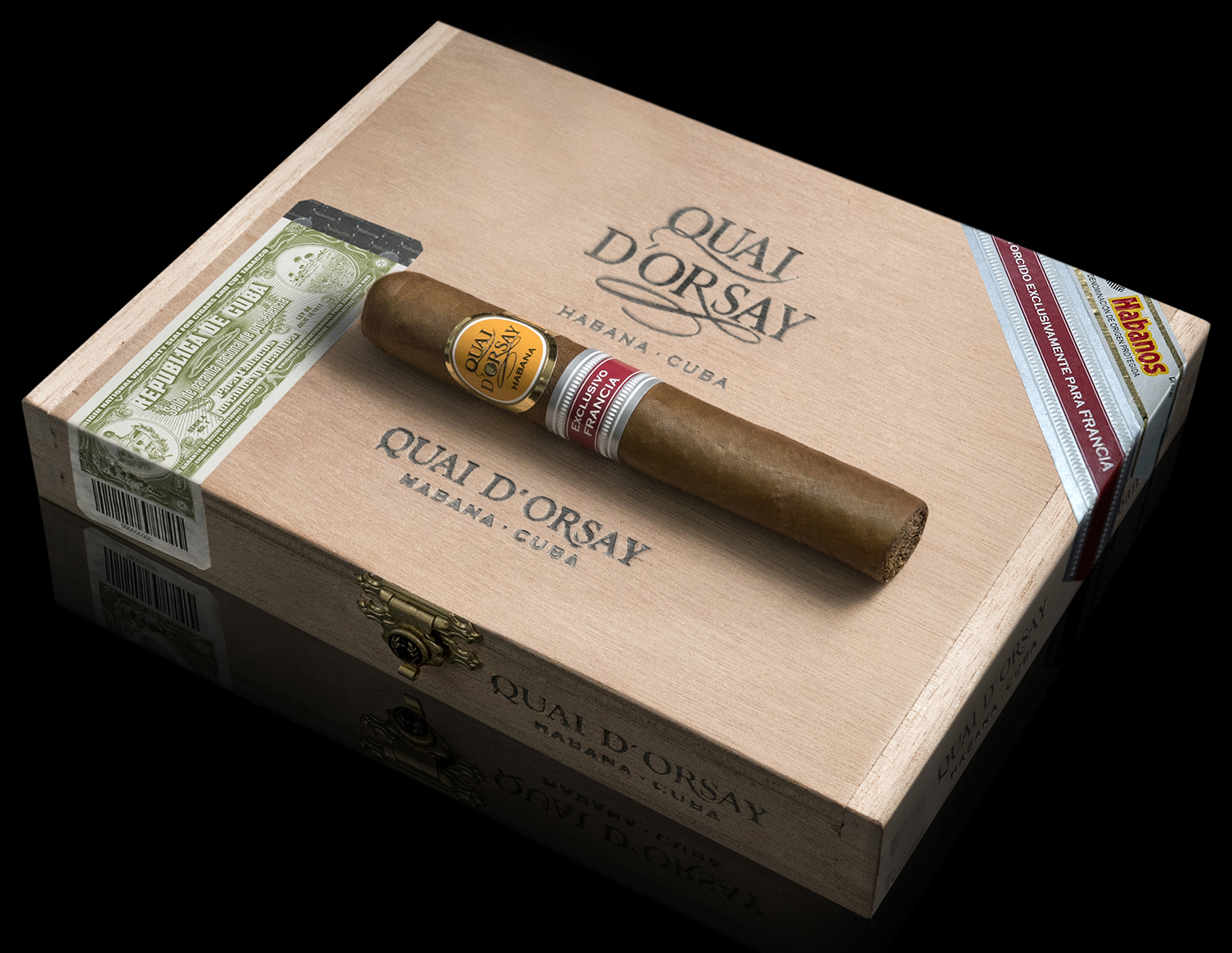 I'm rarely one to recommend a cigar on what it might turn into, the future is always unknown and how a cigar will evolve is almost always speculative. Yet I'm intrigued by what the next few months will hold for the Quai d'Orsay Secreto Cubano, as the profile is so dense right now that I can't help but think a bit of time will allow it to blossom and show its more complete offering. The third sample gave some indication of what might be in store, with the banana and cream flavors adding quite a bit to the profile. Similarly, as the pepper ages and mellows, it should be a little more cooperative in sharing the stage with the other flavors. For a fairly quick cigar in a compact vitola, you could do a lot worse than the Secreto Cubano in its current state, with seemingly nothing but promise for what it will hold in the future.