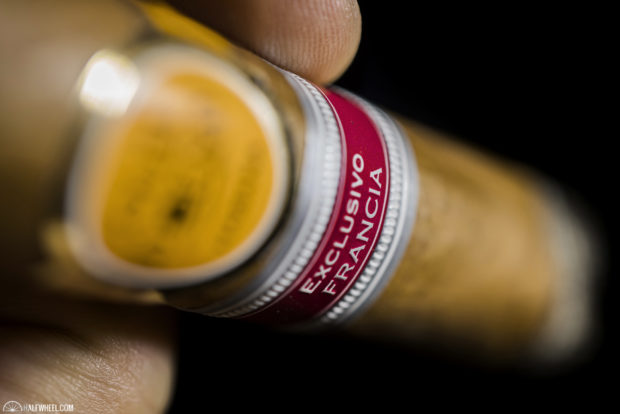 While it’s not as country-specific as the Edmundo Dantes brand is to Mexico, if I had to name another Cuban brand that was as heavily intertwined with a specific country it would be Quai d’Orsay and France.

Unlike Edmundo Dantes, which are essentially a trio of Edición Regionals only sold in Mexico, Quai d’Orsay includes regular production cigars that are sold worldwide, but the brand is known for its origins and strong success in France, something that is evidenced by the fact that the country has received over 70 percent of the Quai d’Orsay Edición Regionals to date.

By 2015, there was just a single regular production vitola of Quai d’Orsay, but two years later it began to see more attention. That started with a rebranding effort and the addition of two more sizes. This year, for the first time in its history, there will be a Quai d’Orsay Edición Limitada. 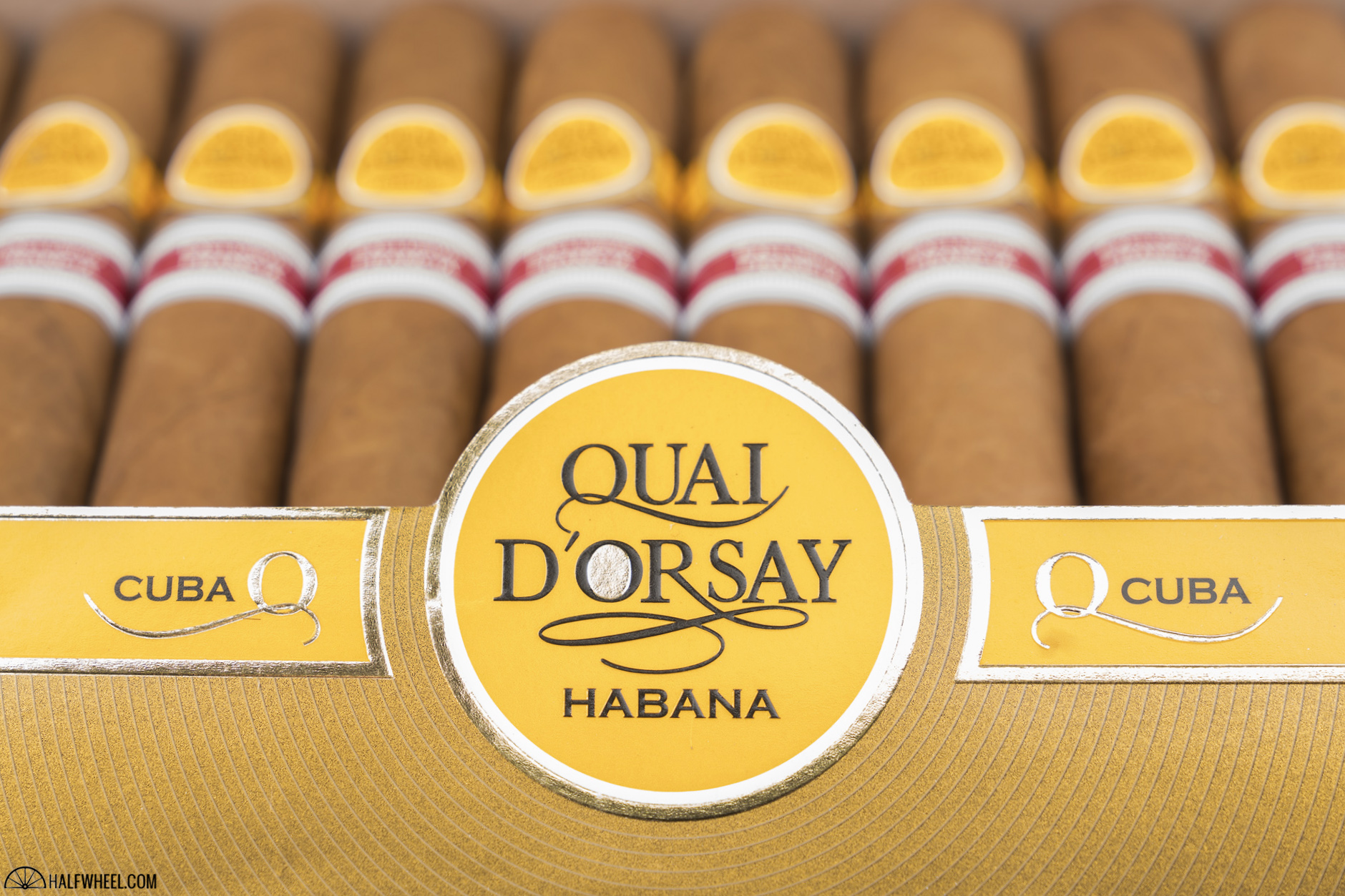 The cigars were made at the Carlos Baliño factory, i.e. the new Partagás factory. The golden color of the Capitolio’s wrapper is impressive with a uniform hue and a great amount of oil. On the flip side, there’s a decent amount of medium size veins and the wrapper stretching is noticeable, though I’m not sure either should affect your purchasing of the cigar as it certainly doesn’t affect mine. Aroma off the wrapper is a bit of a freshly cut oak and coffee grounds, certainly milder now that the cigars have been out of the box for a fair amount of time. The foot is completely different—just bubble gum—more specifically what I imagine walking around a bubblegum factory is like. From the cold draw I get more of the bubble gum, orange and a bit of a bread flavor, almost like eating just the inside of a French loaf, before a tad bit of indeterminate spice hits the back of throat.

Cedar, nuttiness and oranges greet the palate once the first bit of smoke comes into contact with my mouth. As the smoke departs, there’s a bit of spice at the back of the throat, a nice contrast to the medium-full flavor. There’s also a ton of thick smoke, but my attention quickly turns to the ramping up of flavor. Eventually, the Capitolio settles into a mixture of burnt raisins, leather and macadamia nuts in the mouth; while the retrohales deliver kiwi, nuttiness, some minerals and an underlying citrus sweetness. Much like with the opening puff, as soon as the smoke leaves the mouth there’s some irritation that sits on the back of the throat, this time a minute amount of black pepper. As I alluded to a couple of sentences ago, the real star is the intensity of the flavor: super full. Body is nearly full, though still a noticeable step down from the flavor, and strength is medium-plus. Smoke production is great, but I do find myself working a bit more to get the smoke into my mouth. One sample has a bit of tobacco that didn’t want to burn so a touch-up was needed, though I suppose I could have just flicked that spec of wrapper off with my finger. While the cedar was present in the opening puffs, it disappeared until right before the halfway mark. Its triumphant return sees it completely dominating the profile on top of earthiness, popcorn, wet leather and a generic woodiness. One sample has a bit of a vegetal flavor for a few puffs, but it is mild and doesn’t stick around for long. Once again, there’s a bit of irritation during the finish, still in the back of my throat, but now reminding me more of a spice blend than straight pepper. It’s also now accompanied by some burnt toast. The Capitolio’s 54 ring gauge means that it can be smoked a bit quicker than normal, rewarding me with a ton of smoke production, but I much prefer the flavor profile when the cigar is a bit cooler. Unfortunately, that gets more challenging as the cigar’s burn rate suffers when it is smoked at seven average levels. Flavor remains very full, body is now full and strength is medium-plus. 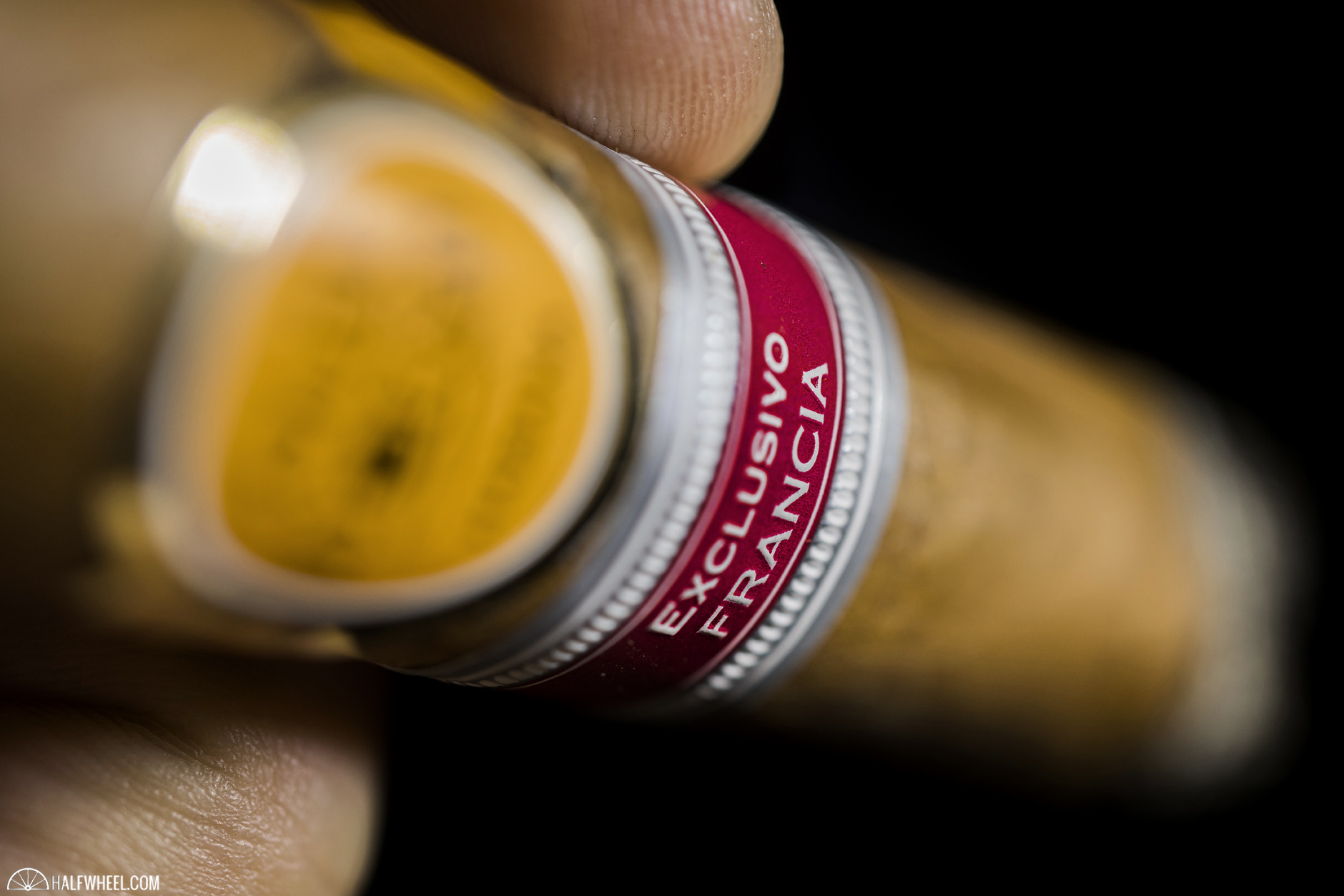 Regular relights seem to have had their way with the profile. The cedar has given way to an earthiness, but the profile of the Quai d’Orsay Capitolio is sharper and more muddled than at any point prior. Two bright spots are a fairly pleasant creaminess that now sits at the bottom of the profile and some citrus on the finish. Unfortunately, all of the sharp and concentrated flavors make the profile less enjoyable than the start. Of note, the retrohale now has a strong black pepper flavor the first time any pepper has been present through the nose. Flavor seems to tone down a bit in intensity, though it’s still full as si the body while strength is close to medium-full. The draw improves, but the ability for the cigar to stay lit is in rather problematic areas and I find myself grabbing the lighter every five minutes until the end. 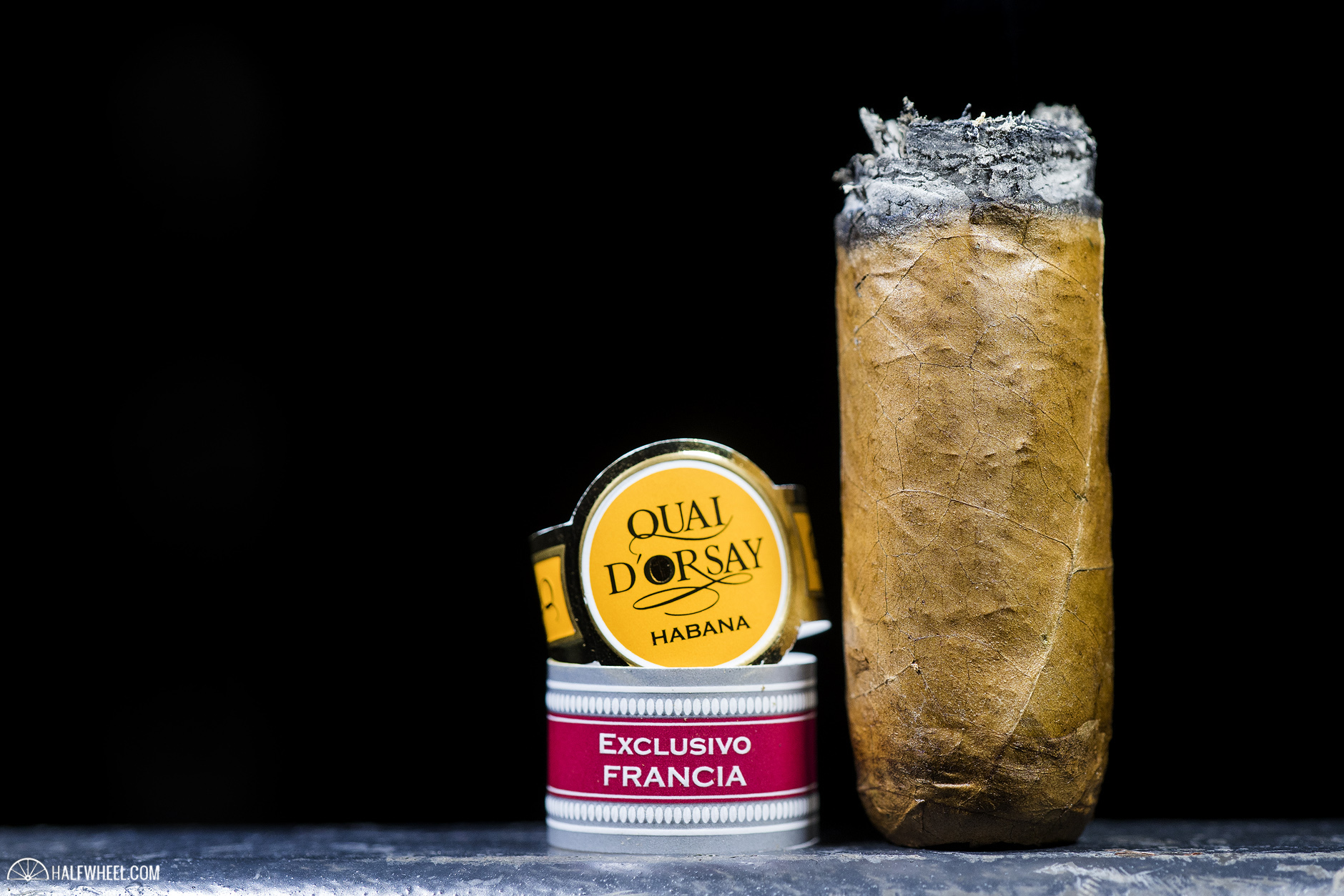 As I was finishing this review I made some notes for myself about the bottom line, "super flavorful, needs time.” Patrick Lagreid has the remaining cigars from the box that these samples came from and I suspect in a few years time he’ll have some great cigars. The Quai d'Orsay Capitolio is one of the most intense cigars, let alone Cuban cigars, I’ve smoked in a while from a flavor standpoint, however, there are signs that it could use a bit of rest. While the flavors don’t show any obvious signs of youth, the flavors in the second half of the cigar are challenging to separate amongst themselves. Furthermore, I’m willing to bet that this particular box is slightly over humidified, something that will benefit from a slow drying out process. Still, this is as promising of a fresh Edición Regional I’ve smoked in some time and I’d be willing to invest both the money and time to see the payoff. If nothing else, you’ll end up with a Cuban cigar that is as bold as anything on the market at the moment.