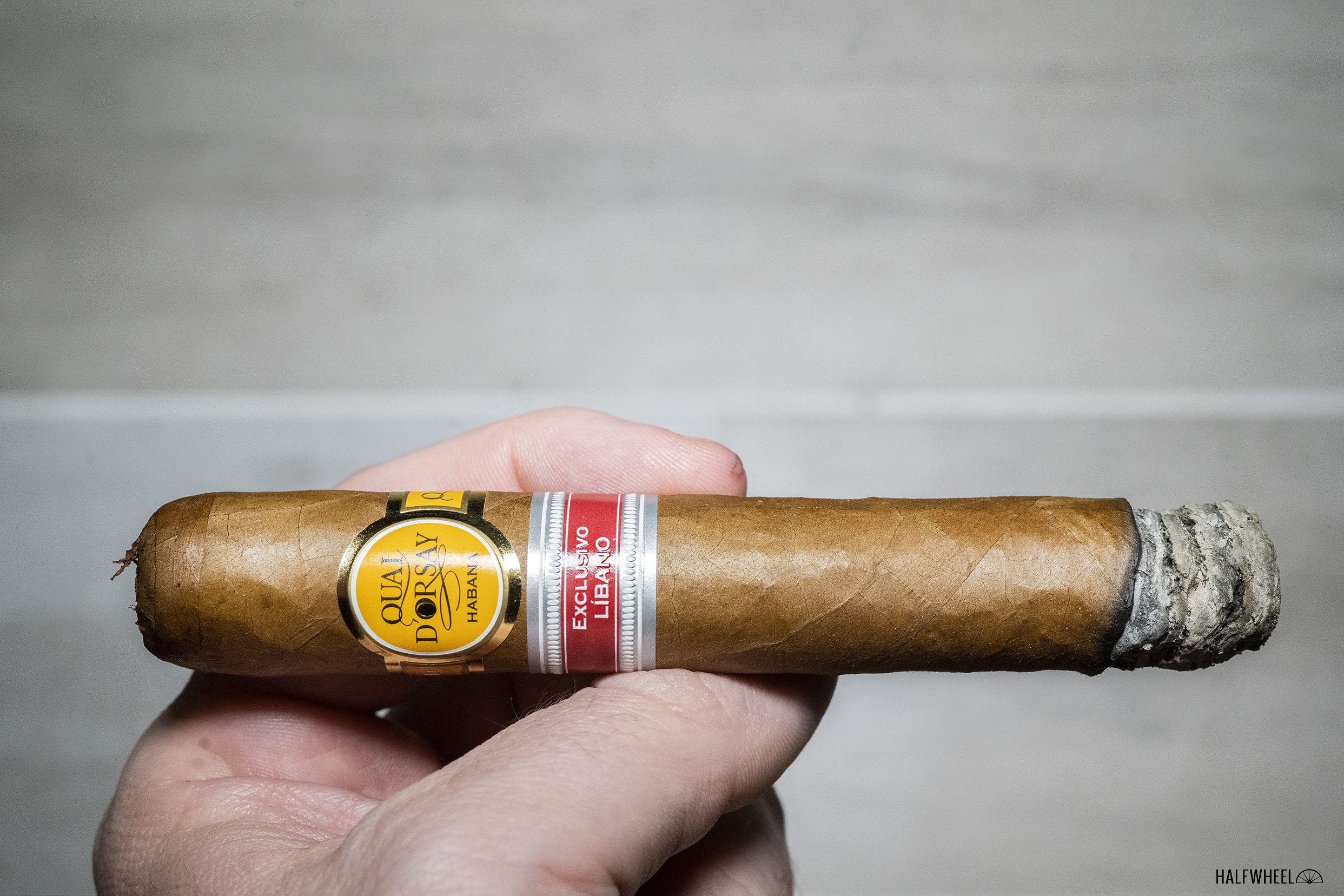 When it comes to looking for the interesting aspects of a cigar release, some are more of a challenge to turn up than others. Yet in the case of this cigar, the Quai d’Orsay Baalbeck, there seem to be enough that it’s hard to know where to start.

First, the basic details: it’s an Edición Regional release, part of a class of cigars made by Habanos S.A. for its distributors, which are able to commission them by selecting an existing profile in the company’s portfolio and one of the non-global brands in which that size doesn’t exist as a regular production offering. It has resulted in some interesting combinations, but most of the time it’s not the most exciting part of the project. In this case, the cigar is a 5 1/2 (140mm) x 54 robusto extra vitola known as the Duke and which debuted in 2009 with the Romeo y Julieta Dukes Edición Limitada. It has also been used for the Partagás Serie E. No.2 and a number of other Edición Regional releases.

But then you get into where the cigar is being released, which in some ways is most notable for being not France.

The Quai d’Orsay brand has long had very limited distribution around the world, having been created in 1973 at the request of Valéry Giscard d’Estaing, France’s Economy and Finance Minister at the time and later president, who wanted a cigar to pair with French staples, notably Champagne and foie gras. Not only did the line stay largely in France, but the Edición Regional releases that have used the brand have largely been made for France as well; of the seven released to date, five of them were for France.

This cigar, which is part of the 2018 class of Edición Regional releases but not released until 2021 due to unrest in Lebanon, became the first Edición Regional made for a country other than France since the very first one, the Quai d’Orsay Superiores, a robusto made for the Asia Pacific region and released in 2011.

When it did arrive in June 2021 alongside the also delayed Ramón Allones Phoenicio 40, it became the first Quai d’Orsay release—regular production or otherwise—to be released in 50-count cabinets, a format that has largely fallen out favor across the Habanos S.A. portfolio, Edición Regional or not. Phoenicia T.A.A. Cyprus Ltd., the distributor of Habanos S.A. products in the Middle East region as well as the bulk of African countries, commissioned 1,200 of those boxes for a total run of 60,000 cigars, each with an MSRP of $19.80 in the duty free shops in Beirut, Lebanon. It became the 11th Edición Regional to be released for Lebanon, with eight of those released under the Ramón Allones marca, and single releases under the Bolívar and El Rey del Mundo marcas. Several of those have been the recipients of critical acclaim, including the Ramón Allones Phoenicio from 2008

As for the name of the cigar, it comes from a historical city in Lebanon, located approximately 53 miles northeast of Beirut and which has been continually for 8,000 to 9,000 years. Also spelled without the c, the city is a UNESCO World Heritage site and home to two notable Roman temple ruins which are part of the Baalbek temple complex. Just under two years ago, I picked up a box of Quai d’Orsay No. 50, a cigar I enjoy from time-to-time as a fairly quick and flavorful smoke, so pulling out this Quai d’Orsay got me thinking of those cigars. At first look, I was convinced that the Baalbeck had a much darker wrapper, but they are nearly even when put side by side, though the Baalbeck has a noticeably redder hue than its regular production sibling. It’s a color that has me thinking of the word colorado, which is used to describe the reddish-brown color I’d say that the Baalbeck has. The cigar is consistent in its firmness, definitely not the firmest cigar I’ve seen as there is some give to it, but firm enough that it’s not spongey. It is wrapped as well as any cigar, with the leaf providing some visual depth by way of some small veins and just its inherent texture. The foot has aromas of wheat bread—particularly the crust in some samples—and a bit of cake donut. It is a familiar if tame profile, engaging but not enrapturing to my nose, though I’m intrigued by some the subtle sweetness it offers. The cold draw is equally as subdued, though there seems to be just a touch of sweetness joining the mix. Air flow is good on two samples and a bit firm on one sample.

I’m impressed by the creaminess and pepper that the Quai d’Orsay Baalbeck has to offer right out of the gate, as it’s a pairing that works well together and generally without either one trying to dominate the profile. There is a bit of nuttiness right on their heels as the smoke warms up, though in one sample that makes the pepper a bit harsher in the process, which I’m thinking might be attributable to its slightly firm draw. It mellows with some slower puffs, a reminder that every cigar has its own pace. Retrohales have an ideal amount of white pepper for my liking, filling but not dominating my nostrils, softened by just a bit of creaminess to give the warm nuttiness the chance to do its thing. The combination is an impressive offering that is complex, refined and balanced, and has me thinking of a line that I believe I heard from my colleague, Charlie Minato, who noted that when Habanos S.A. wants to make a great cigar, they certainly are capable of doing so. Flavor has a decently wide range from a mellow medium to a more robust medium-full, body is medium if not a tick more, and strength is just shy of medium. Other than one sample with a slightly firm draw, construction is very good. 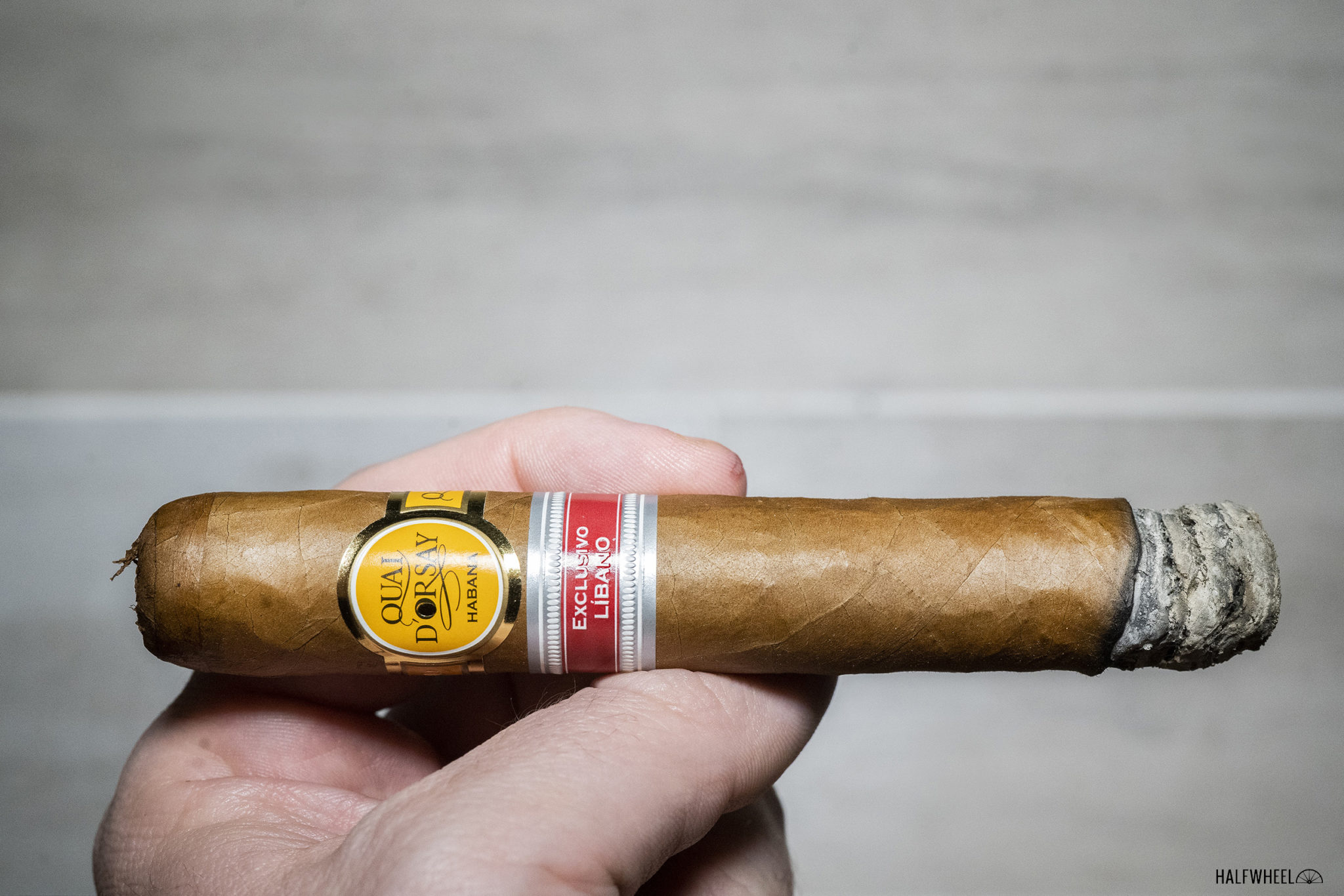 The second third begins with a vibrant yet somehow restrained black pepper, a bit of graham cracker that contributes both sweetness and dryness, and varying amounts of the creaminess and nuttiness from the first third still hanging around. From this point, the profile steadily gets a bit more intense, not necessarily with every puff, but it’s a change that when I hit the end of the section, I realize has been happening the entire time. The flip side to that coin is that I don’t really notice the profile changing that much along the way, which makes it seem a bit less engaging to the palate. There are spots where it gets a bit drier, a bit woodier with some sweet oak, a bit more peppery, but at the end they are all appreciably different. This section closes out with a noticeably thicker, richer and heavier profile, the result of a bit more of the mixed nuts flavor and a bit less of the pepper in quantity, but what it does offer now is a bit sharper and cooked, much like you’d find on the crust of a steak. It’s a fuller flavor than before, constantly medium-plus, with body medium-full as well and strength creeping out of medium territory. Construction is still very good, the burn line is a bit wavy from time to time and the one sample with a slightly firmer draw doesn’t improve, but the overall performance is problem-free. The Quai d’Orsay Baalbeck’s final third starts with a bit more earthiness than the profile has shown to this point, and while I wouldn’t call it an earthy profile by any means, it has enough to mention. There’s still some pepper in the profile, and while it feels a bit more buried in the mix than earlier, it still creeps out from to time to hit the taste buds with some tingle. It also hangs around the finish quite a bit, easily the last flavor my taste buds get as each puff dissipates. A more direct route to the pepper comes via retrohales, where it is nowhere near  as encumbered with the other aspects of the profile. While the flavor doesn’t have much creaminess left, the body of the smoke has thickened up enough to remind me of custard or condensed milk. The wood can get a bit charred in the final inch and a half, a flavor that dries out the palate and a sensation that comes up right behind it to really light up the tastebuds. While I want to smoke this cigar down to its cap, heat comes into the profile to a point where it’s no longer enjoyable, finishing with a sharper, medium-full flavor, medium-plus body, and strength that is flirting with medium-full. Despite a slightly wavy burn line and the need for a bit quicker puffing rate, there are no problems with combustion or smoke production. From the first inch of the first sample of the Quai d'Orsay Baalbeck that I smoked, I had a feeling that I might be in for a very good cigar, and while three samples tempered my thoughts about the cigar a bit, I'm still quite impressed by the cigars that I smoked. As I noted above, if the cigar gets off to a great start in the first inch, it makes it that much more enjoyable the rest of the way. That's not to say that any sample got off to a bad start, but one with a tight draw and another that struggled to keep the pepper balanced had the added challenge of righting the ship. But even with that, all of the cigars performed quite well, showing both pronounced and subtle flavor changes, stimulating the senses quite well, and burning respectably enough that nothing distracted from the profile. While I don't know if I would be willing to purchase a full 50-count cabinet of these if offered, this is certainly a cigar I wouldn't mind having a few more of in my humidor, as they are smoking very well now and will hopefully see what wrinkles they do have smooth out with even a bit more rest.