So far, my visits to factories in Estelí have all been return visits: J.C. Newman PENSA, which I visited on Wednesday, as well as My Father Cigars and Oliva, where I went on Thursday, are all places that I have been before. But while I’d been there before, that didn’t mean there wasn’t plenty of new things to see.

As you might know, J.C. Newman is celebrating its 125th anniversary this year, and while a good amount of attention has been focused on the company’s El Reloj factory in Tampa, Fla., things continue to stay busy at its PENSA factory in Estelí, where the company produces Brick House, Quorum, El Baton, Perla del Mar and a handful of other lines. We were greeted by Eric Newman of J.C. Newman and Omar Ortez, who runs the PENSA factory; the pair led us through a bilingual journey of a leaf from arrival at the factory all the way through to being loaded onto a container.

From an operational flow perspective, things are largely the same as in years past. One are that did stand out to me was a number of fairly new murals that have gone up around the facility that honor the company’s heritage. In particular, there is a hallway between the administration office and one of the rolling rooms that features a timeline showing the company’s founding and history, as well as the company’s’ original brands as well as its founder, Julius Caesar Newman, and his son, Stanford J. Newman, father of Eric and Bobby Newman and grandfather of Drew Newman, who would most likely otherwise be here but he is at home expecting the arrival of the fifth generation of the Newman cigar family. The tour wrapped up with an opportunity to bunch and roll our own cigars, a friendly reminder that such a process is a skill for which I am nowhere near adequately prepared.

On Thursday, it was on to My Father Cigars, a facility I visited during the 2018 festival but was more than happy to see once again. From the outside it looks largely the same—which means both impressive and expansive, especially as it sits right alongside the Pan-American Highway. After a quick stop in the main reception area for a cigar and some snacks—including some of my favorite coffee in Estelí—we got back on the bus to see a new off-site facility. 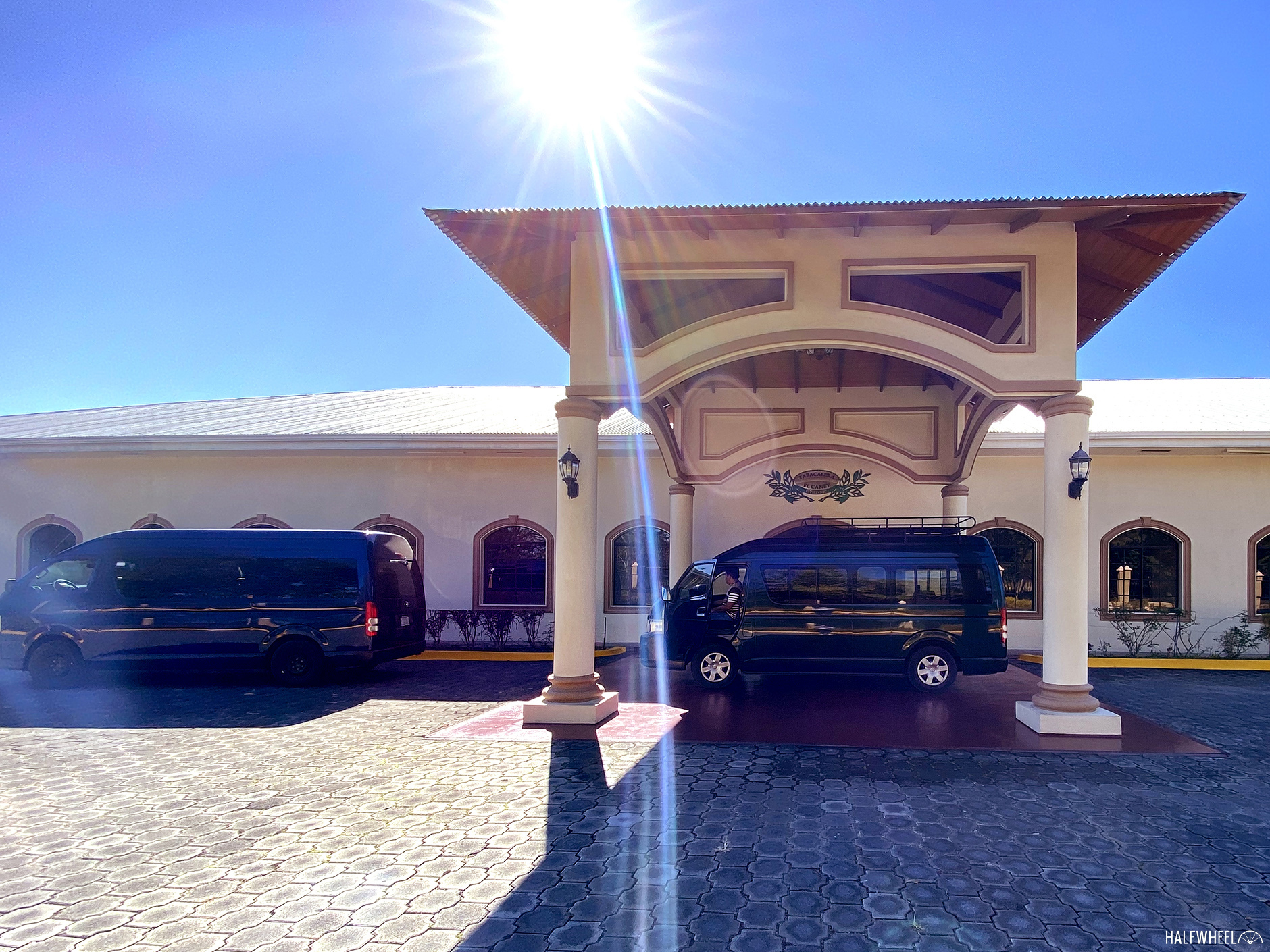 Just a few minutes up the road is a good-sized plot of land that the Garcías recently acquired and have turned into a processing and storage facility for filler and binder leaves, as the company’s growing operations have grown to the point where they are producing all of their own filler and they simply outgrew the current space. To say it feels like a Costco of tobacco is an understatement, and the aisle markers that show where tobacco from each farm is located definitely reinforces the notion. After touring that new facility, is was back to the main factory where certain steps in the process have been expanded and relocated to provide better use of space as well as efficiency in the process. The tour was led by Jaime Garcia, whose knowledge of and vision for the process is remarkable, as well as his continuing introduction of more technology and cleaner processes into the company’s operations seeks to improve the end product as well, for instance moving away from fumigating tobacco to a cleaner process that also results in more enjoyable tobacco.

As I mentioned earlier in the week, when I visit a factory I’m always hoping to see at least one new thing that I haven’t seen before, and My Father didn’t disappoint. Recently, Jose Pepín García has reintroduced a technique for handling and storing wrapper leaves that harkens back to his days in Cuba in the 1970s. Whereas it is very common to see what are referred to as hands of tobacco—a small group of leaves bound together near the stem—Pepín has brought back the manojo, a word that is simply translated as bunch, but which he says has a profound effect on the end product. Not only does it do a better job protecting the leaves until they reach the table, he said it concentrates and enhances both the flavor and aroma that each leaf is able to offer to the blend. One of the other interesting things I found and which My Father has been doing for a while is that the cigars are packed into boxes earlier on in the color sorting process, a minor difference but one that provides some added protection as they make that journey and sets up some other quality checks down the line, all to make sure the cigars look as perfect as can be when you open that box. I’d be remiss in not acknowledging our other guides, Janny Garcia, the company’s vp; Jose Ortega, the company’s director of sales; Pete Johnson of Tatuaje Cigars, as well as Yosef Joudeh and Jandy Garcia, one of Jaime’s sons. All of them took time to share their knowledge and insight about the cigar making process to the group, providing the opportunity to get a number of takes on the process.

From there it was on to lunch in a tobacco barn, something that has become a staple of the festival in recent years. There’s a good amount of content from that on our Instagram pages—halfwheel’s, mine, and Charlie Minato’s—as well as lots of other videos, so I’d highly recommend checking that out as well.

After lunch it was on to see Oliva’s newly renovated factory, something that we’ll be recapping later in the week.

As the afternoon turned into evening and factory visits concluded, the Cámara Nicaragüense de Tabacaleros, the Nicaraguan tobacco association, held a press conference with Claudio Srgio (Mombacho Cigars S.A.), Nimish Desai (Rocky Patel) and Juan Ignacio Martínez (Joya de Nicaragua). Charlie attended and has the following to say about it:

The trio announced that there were 120 guests, down from about 200 in 2018, it also confirmed that there were plans for an expanded festival—a 7-day event that would have gone to Granada, Estelí and León—before the social unrest.

The group said that the 2020 festival was being planned well in advance, and as such, the group was forced to make decisions based on the availability of flights and hotels at the time, something that has since improved. They also answered questions about the recent struggles between the aforementioned social unrest, environmental issues and layoffs related to declining exports. While the press conference ended on a bit of a low note, Martínez stressed that not only did the Nicaraguan tobacco industry experience 10 consecutive years of double digit growth, more than doubling premium cigar exports to over 200 million by 2018, but also that the industry was the only major sector that didn’t decline in 2018.

With that concluded, guests changed into their white cotonas, a linen-like shirt that looks like a bit like a henley due to the three buttons at the top but is differentiated by a banded collar, and headed to the White Party, hosted by J.C. Newman at the PENSA factory.

As would be expected, the night featured more cigars, including a J.C. Newman Brick House Culebra and the Joya de Nicaragua Antaño CT, halfwheel’s 2019 cigar of the year. The highlight of the program was a nearly 30-minute long dance presentation featuring more than a dozen dancers highlighting Nicaragua’s rich history and culture.

Which brings us to Friday morning, the final day of the festival. After a bit of a scheduling hiccup, I will be headed to A.J. Fernandez, Cigar Box Factory and AGANORSA Leaf. After the tours conclude, we’ll get changed into more formal attire for the final dinner of the evening before people start heading home, which for Charlie and myself will be an early morning departure during the wee hours of the morning.