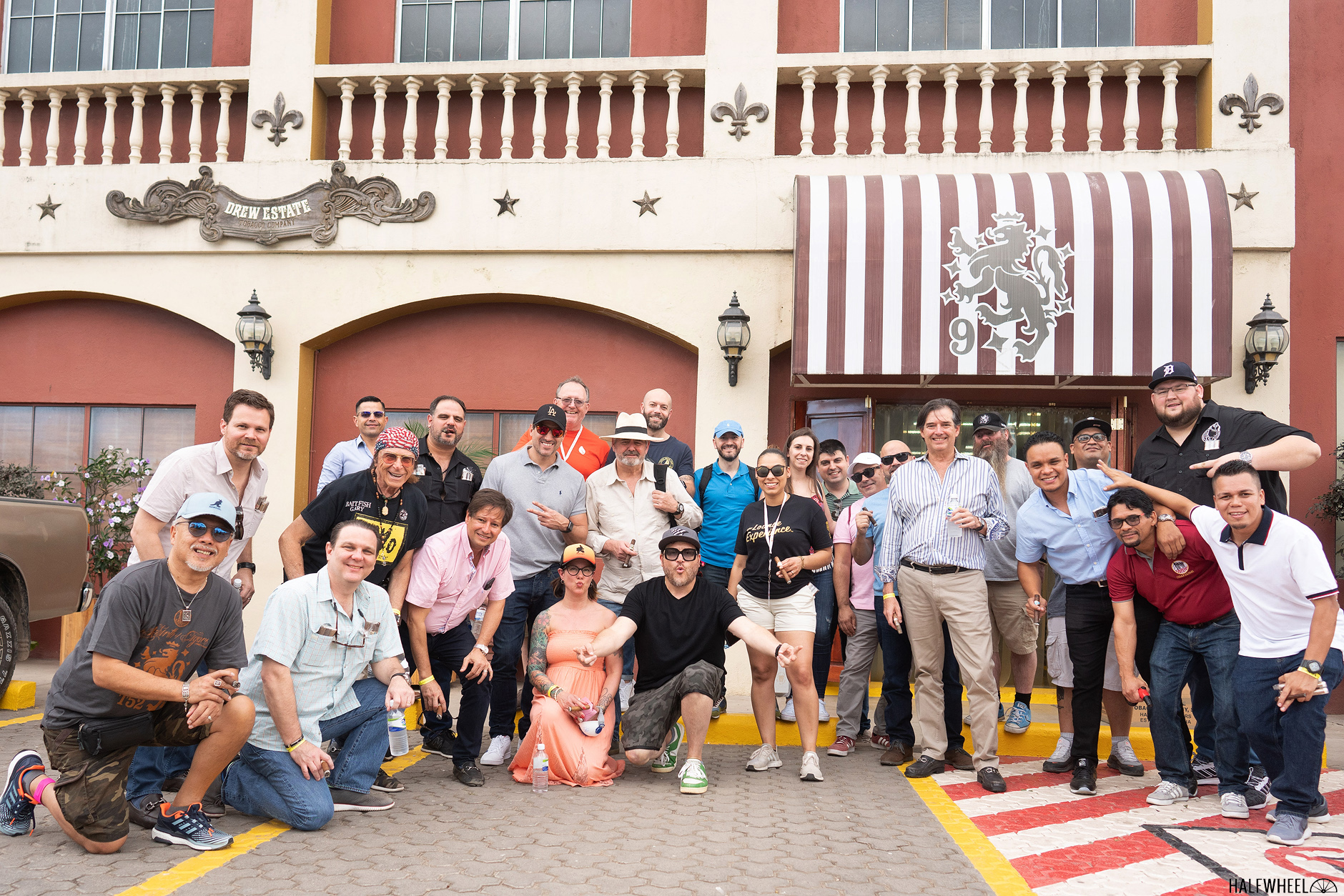 We were supposed to be on the buses at 7:50 a.m., leaving Managua for Estelí at 8 a.m. And sure enough, at 8 a.m. or thereabouts we were off to Estelí.

Patrick and I spent much of the bus ride working on articles, many of which were published on Wednesday, and a little more than halfway to Estelí, the buses pulled over to visit the Victor Calvo tobacco farms. Puro Sabor 2018 made a similar stop at Victor Calvo and the 2020 visit was quite similar. The largest change was that one of the roads had been paved, meaning we could take a singular bus into the farm as opposed to having to get into smaller buses then back into big buses, something that inevitably wasted a lot of time.

The Victor Calvo operation—both the farm and factory—are quite large for a brand that neither Patrick nor I have ever seen outside of Puro Sabor. I remember being told that the company is making cigars for other people, but it also makes products with its own name on them and some quick research shows that some stores do carry the brands. 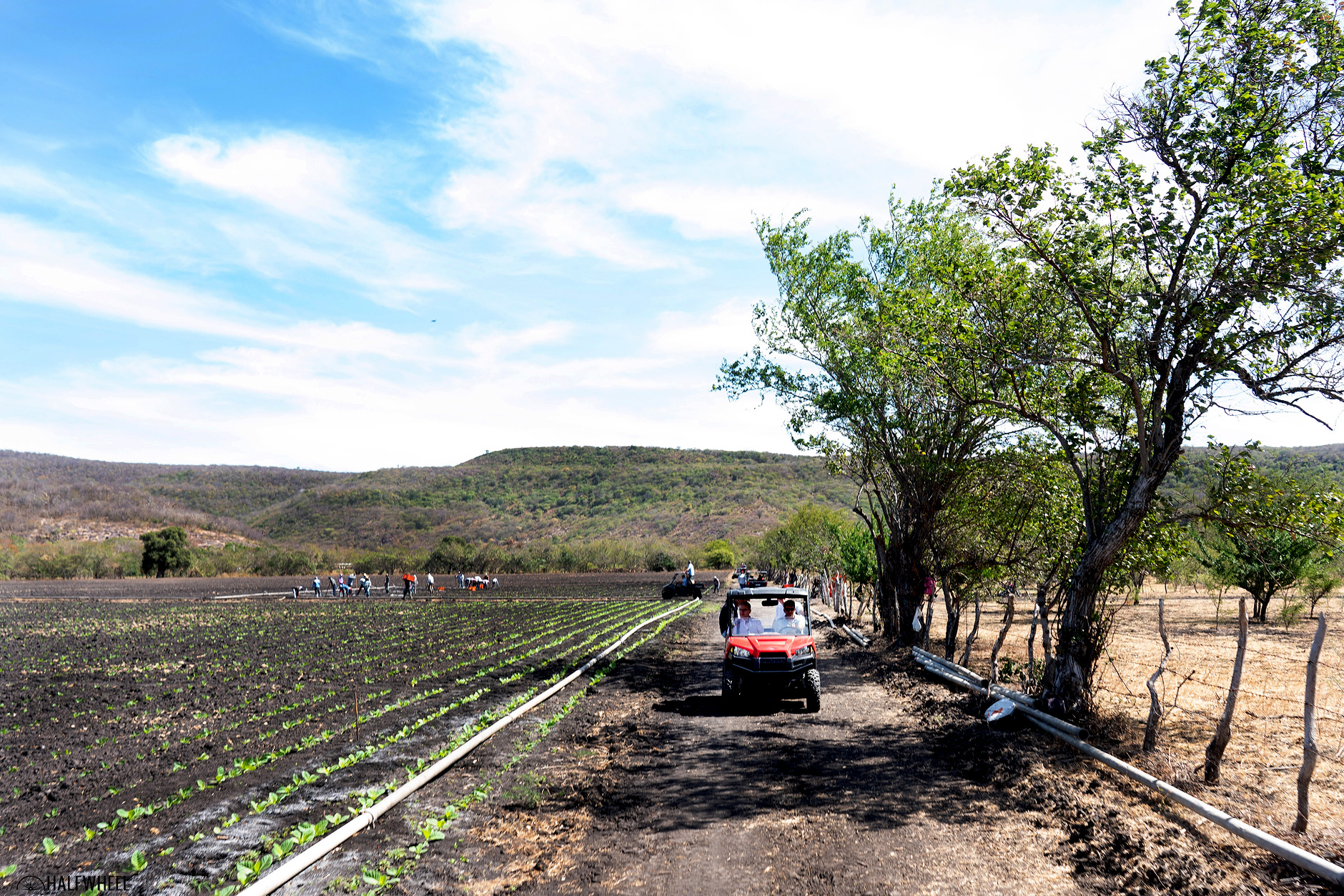 After some snacks, we hopped on an ATV and took a quick spin around the farm to see some of the operations, which is super impressive. Someone remarked that it’s crazy how you would never know this was here from the Pan-American highway, even though it’s only a few minutes off the main road.

We then headed to lunch at one of the Plasencia farms. This too was the same itinerary we had followed in 2018. I failed to take any pictures at the lunch, so you’ll have to take my words that the farm was once again set up nicely to handle lunch and that the food was much appreciated.

I then headed off to Drew Estate, a factory I’ve probably spent more time at than any here in Estelí. Brooks is coming back to do the full Cigar Safari experience in April, so I’ll keep things somewhat brief. Drew Estate is now making 160,000 cigars per day, far and away the largest factory in Nicaragua. La Gran Fabrica Drew Estate remains the home for production, DEII is the company’s tobacco storage facility and DEIII is about ready to open. 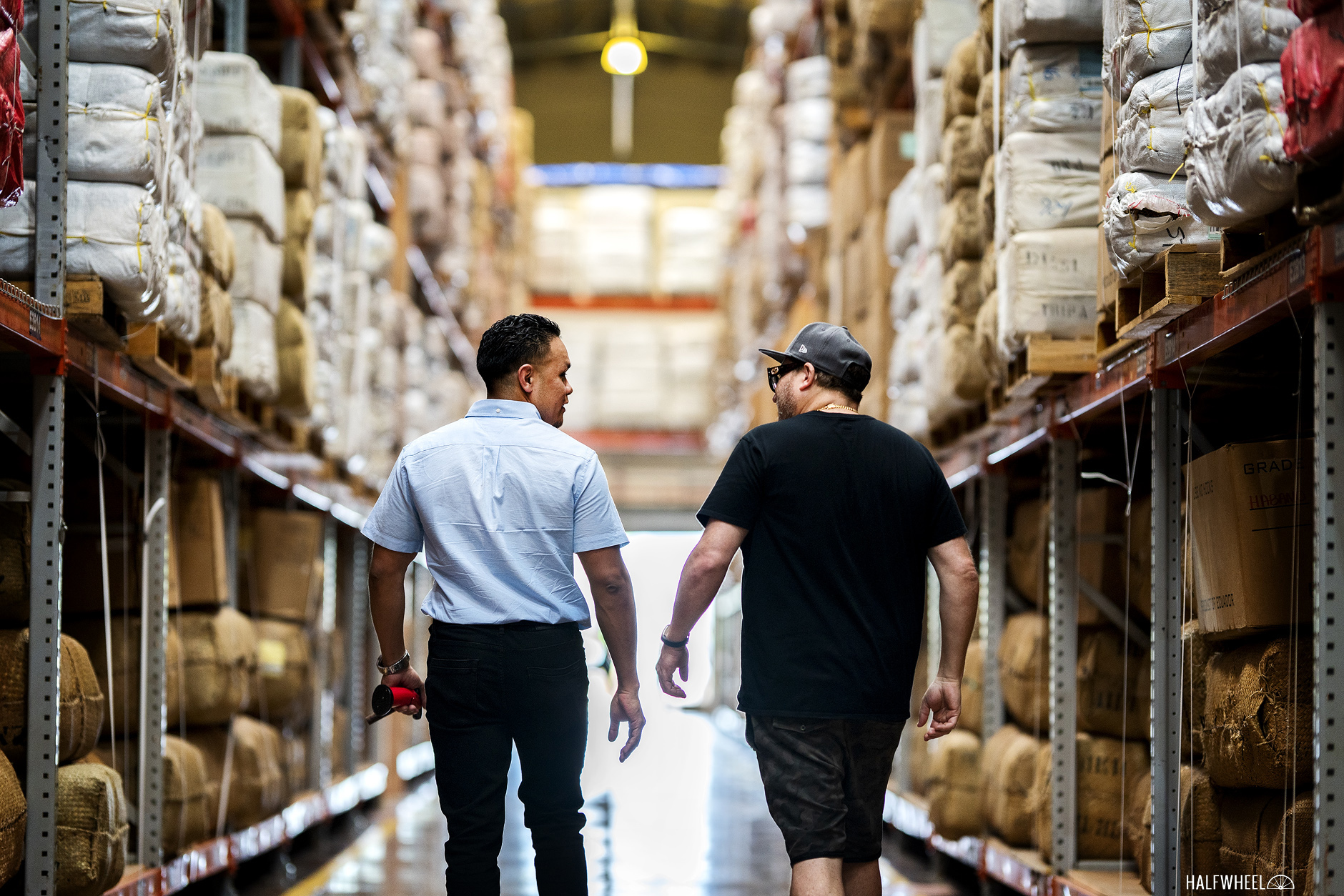 The best part about our three-hour visit was that we were led by Jonathan Drew and both Perdo and Henry, the two tour guides who have led Cigar Safari both past and present. I was surprised by just how much we covered in our stay: DEII and tobacco processing, rolling, QC, storage, infused versus traditional divide, packaging and Cigar Safari. 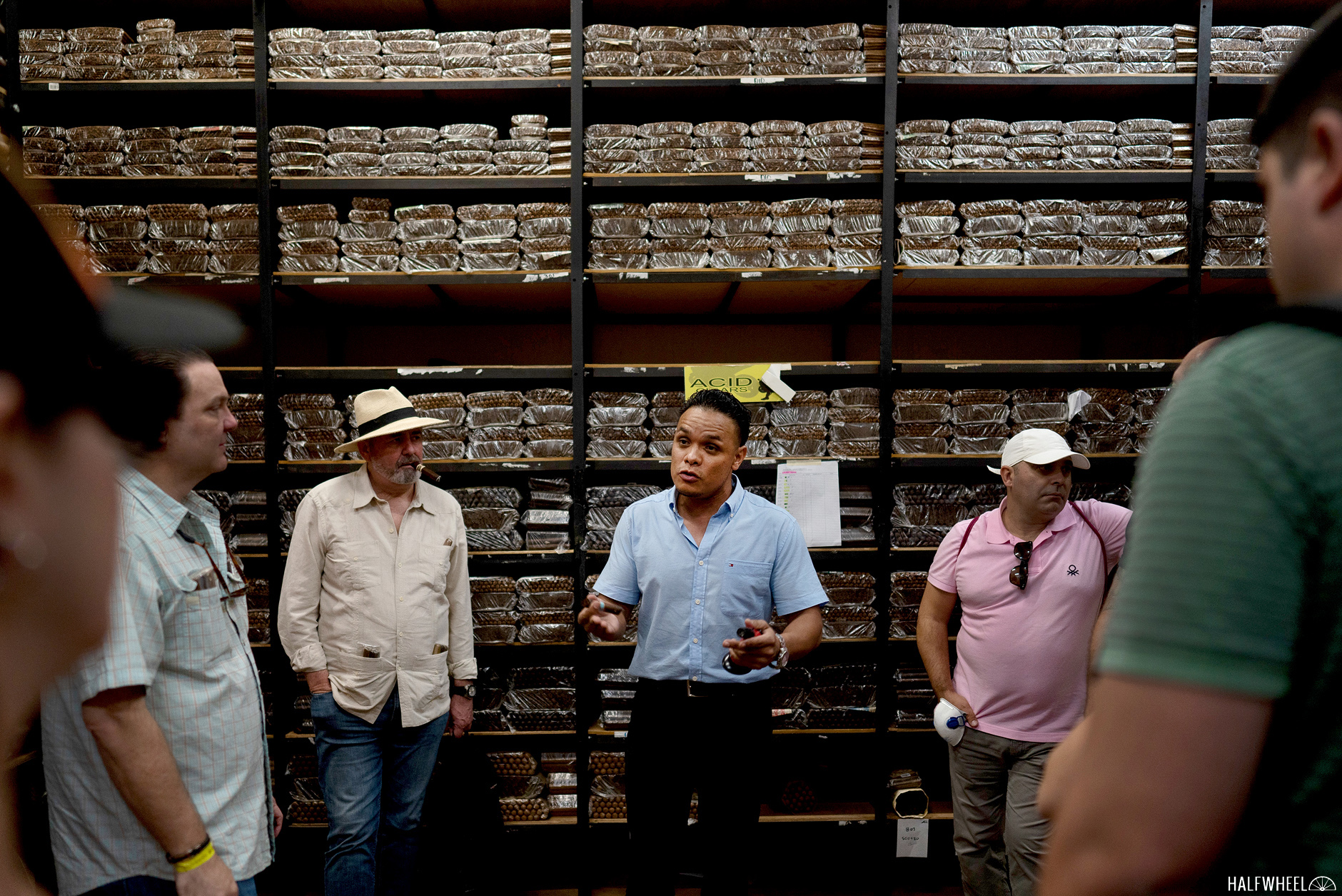 Drew Estate gives more tours to its factory than anyone else, and it shows. A half-hour into the tour a group of Spaniards showed up, requiring the tour to now be bilingual and Drew Estate didn’t skip a beat. Cigars were passed out, smoked and photographed. This one might end up in the next issue of Cigar Snob. 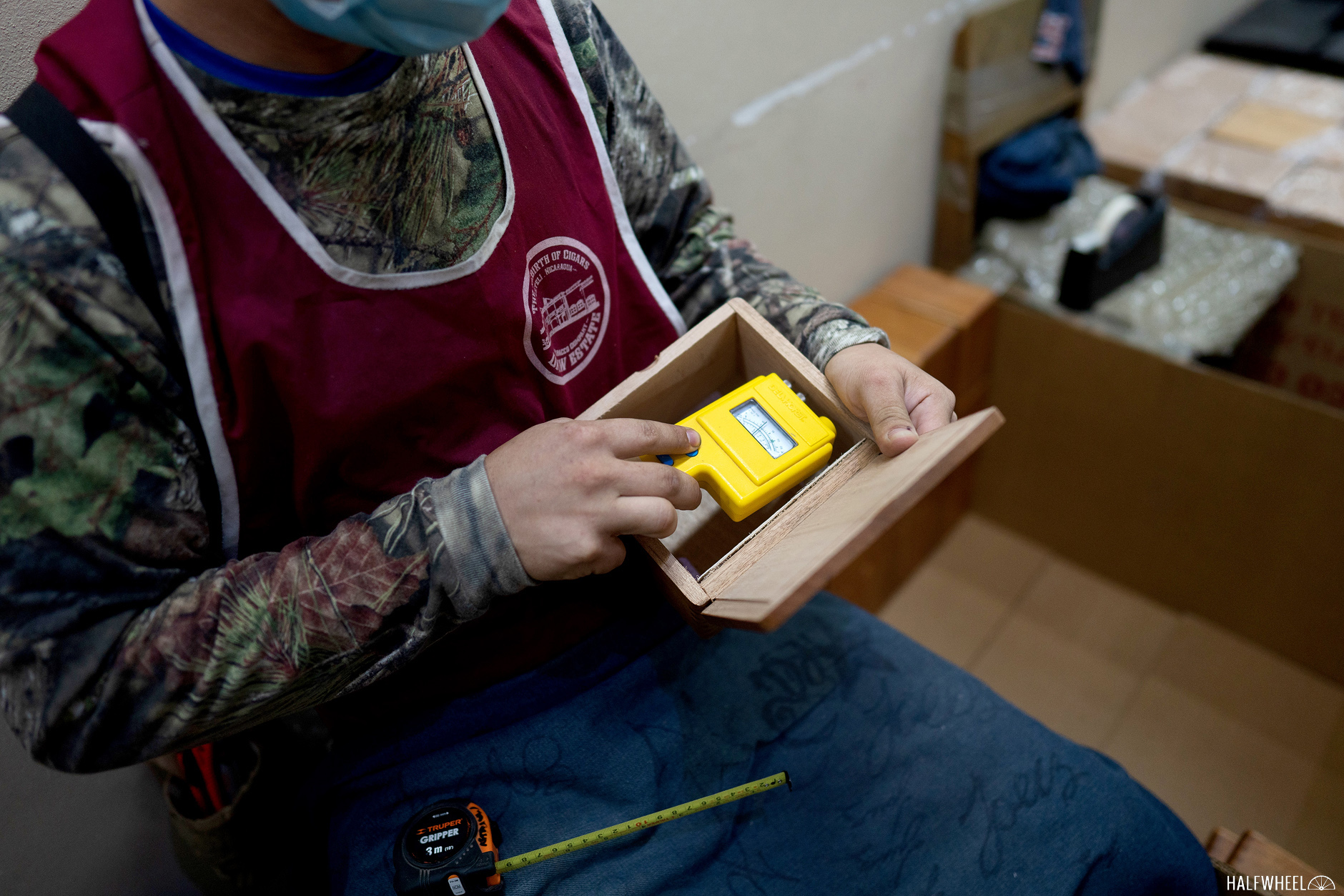 Once again, Brooks will give a larger breakdown of all that’s happening at the massive complex that is Drew Estate, but as far as the one thing I hadn’t seen before. I don’t think I’ve ever seen anyone doing quality control on a box quite like this. There’s an area where Drew Estate employees were measuring the dimensions and humidity of boxes, something that is very important and oftentimes overlooked.

We finished our tour at Cigar Safari and were then handed some unreleased cigars—Herrera Estelí Flying Pig anyone?—and then I sat down for a quick beer before heading to the hotel.

As it turned out, we would be back at Drew Estate for the evening party, which I also failed to photograph. This is a bit of a departure from the more recent Puro Sabors where Drew Estate has hosted the Friday night parties.

Regardless, it was a nice, relatively calm evening. Patrick Lagreid took a nice video you can watch on our Instagram feed. I now need to run downstairs before missing a bus to my Thursday destination.