While there were plenty of cigars smoked on the second day of Puro Sabor 2017, the day was more about experiencing some of the Granada area’s natural beauty than it was about discussing tobacco. 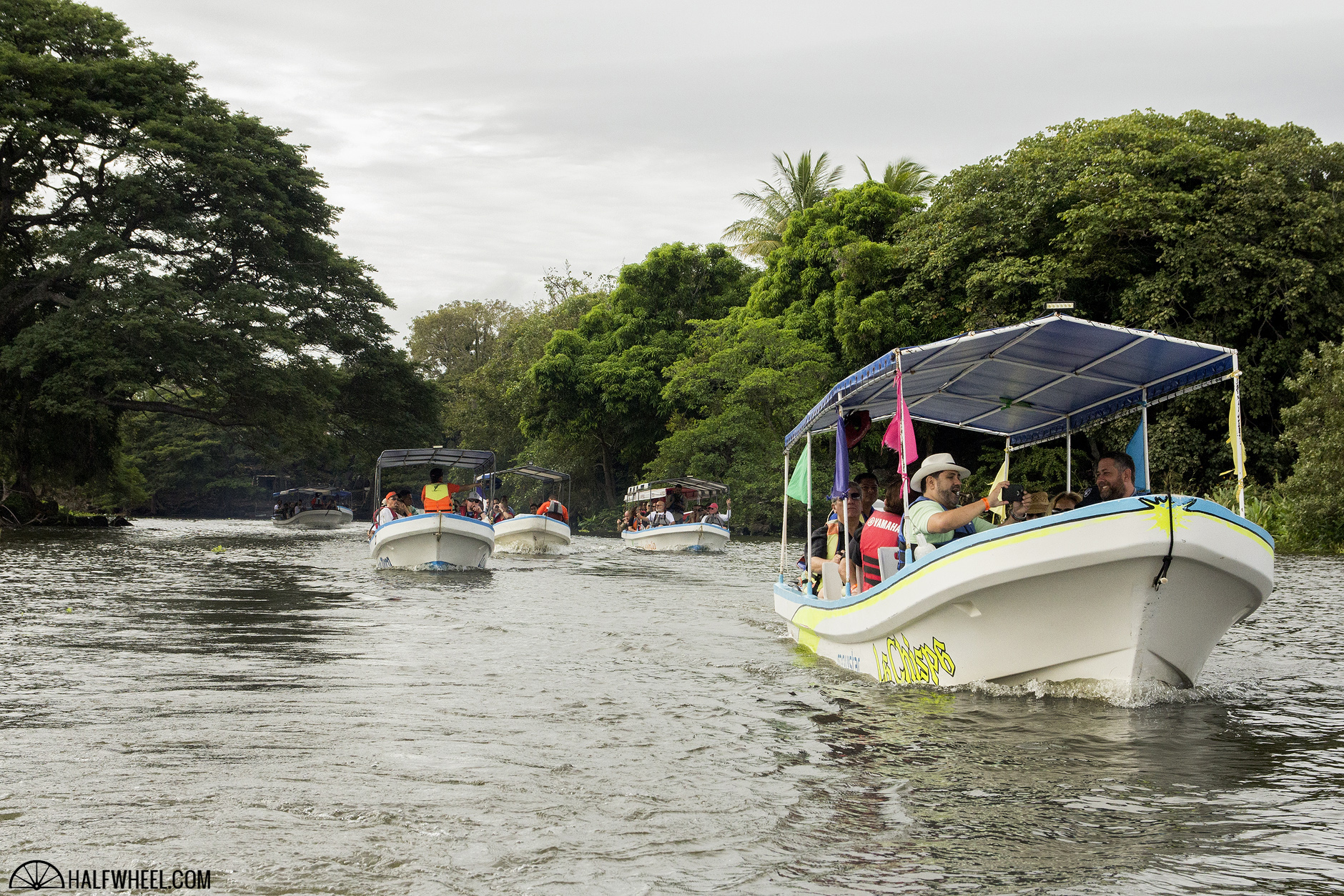 It started with an hour long boat trip on Lake Nicaragua to an area called Las Isletas, a series of 365 small islands, many of which have houses on them. As usual, the trip was accompanied by a cigar that was given to each of the participants, in this case a Liga Privada No. 9 from Drew Estate. One island is also home to a small group of howler monkeys who have become very familiar with the passing boats and the generosity of those aboard when it comes to food. After exploring a bit of the lake, it was time to head to two volcanoes of the region, Mombacho and Masaya.

Mombacho is possibly the better known of the two in the cigar world due to the company that gets its name from the stratovolcano, which last erupted in 1570. The group’s time began about halfway up at Cafe Las Flores, an organic coffee plantation growing arabica beans, which made for a fitting pairing with an Plasencia Reserva Organica cigar. At the site, participants had the option to take a tour of the Hacienda El Progreso coffee fields, a zip lining and adventure course, or a hike at the top of volcano, which stands 4,400 feet (1,344 meters) high.

As a frequent consumer of coffee, I opted for the coffee tour during the pre-lunch session. With it not being harvest season, it wasn’t quite as interactive as I had hoped, though since it’s been years since I last saw a coffee plantation, it was intriguing to see the process, especially in contrast to the tobacco fields I’d be seeing later in the week. Whereas tobacco is laid out in neat and tidy rows of a more-or-less flat field, the coffee bushes at Cafe Las Flores are the sloping sides of Mombacho and at an altitude that puts them in the middle of a cloud forest. The area has been home to coffee cultivation since the late 19th century, and today is pioneering organic growing and production techniques. The farm is 131 manzanas in size–roughly 228 acres–and home to approximately 432,000 coffee bushes, each of which produces about a pound of beans per harvest. While much of the operation was quiet, the company setup some demonstrations of the process that the beans go through, beginning with when the cherries are picked from the bush by hand, dried, milled, and sorted for quality before being shipped to Managua for roasting. After lunch and another cigar handed out by the ladies who were present at all of our meals, I crossed my fingers and hoped the clouds would break so I could get some pictures from the top of Mombacho. Most of the trek was made by truck due to time and some 30-plus degree inclines, while the final 1.5 kilometers were covered on foot. It’s a fairly tame trail that can be supplemented by the Puma Trail, a 4.5 km path that must be tackled with the help of a guide due to its difficulty and the fact that puma tracks have been found, though the animal(s) seem to be reluctant to engage in human contact. Unfortunately the clouds weren’t as cooperative as my group hoped, parting just briefly enough to see a bit of the landscape below, though the limited view was still quite impressive. The trip to the top also included a visitor center that offers a look at the five distinct climates that can be found on the mountain, as well as a closer look at the numerous plants, flowers, insects and animals that call Mombacho home. There’s also a reminder that while it hasn’t erupted since 1570, Mombacho isn’t an extinct volcano. Following the visit to Mombacho, the group headed about 30 kilometers northwest to another volcano, Masaya. Known as a caldera, it is more known for the significant amounts of sulfur it emits rather than for eruptions or lava flows, which last happened around 1772. The effects of that last flow can still be seen on the way up to the crater, as streaks of blackened hillside show the paths it took. The highlight of the journey however is the breathtakingly massive crater that awaits visitors, and a handful of spots from which to look down and see a bright red river of lava and if lucky, hear the sounds rising up from inside the earth. The evening’s activity consisted of a dinner held within the walls of Fortaleza La Pólvora, a historic colonial monument in Granada built in 1748. A night of traditional Nicaraguan cuisine, plenty of Flor de Caña rum and Toña beer, as well as five cigars were in store for attendees, while the mayor of Granada offered her welcome to the group, as did a representative from the country’s tourism board.

The mayor of #Granada welcoming attendees to #PuroSabor.