I was on my way downstairs when I saw Gustavo Cura of Oliva Tobacco Co. trying to find his room.

Like many, he had been moved around in the hotel, something that occurred because of the lack of hotel rooms in Managua during the festival, a great sign for the growth of the festival. I’m told that there are around 200 paid guests for the festival, which I imagine is more than five times what there was in 2013. The growth has been great, although it definitely seems like hotel occupancy is already becoming a problem, which leads me to wonder what it’s going to be like in Estelí, which has far fewer hotels than Managua.

As for Gustavo, he offered to let me ride with him to Estelí instead of the tour busses, something that would be a lot quicker (as Gustavo was ready to leave and the busses were not there) and more importantly would allow me to sneak in another factory visit before the scheduled lunch. We made it to Estelí in a bit over two hours, great time coming from Managua (it’s about three hours by bus), and that included some entertainment by Abdel Fernández of A.J. Fernandez on the way there.

Larry Palombo, who just began working for NACSA, drove down with us and after a quick stop for coffee at Oliva Tobacco, and another quick stop for coffee at Gustavo’s house, we made it over to NACSA where I visited the factory. It’s my third visit to the new facility, which opened a year ago, and it’s already changing quite a bit. There are now over 150 pairs in the massive gallery and there’s other improvements. Raul Disla, brother of Esteban Disla of Fabrica de Tabacos NicaSueño S.A., is now the production manager, which means the cigars should be getting better. 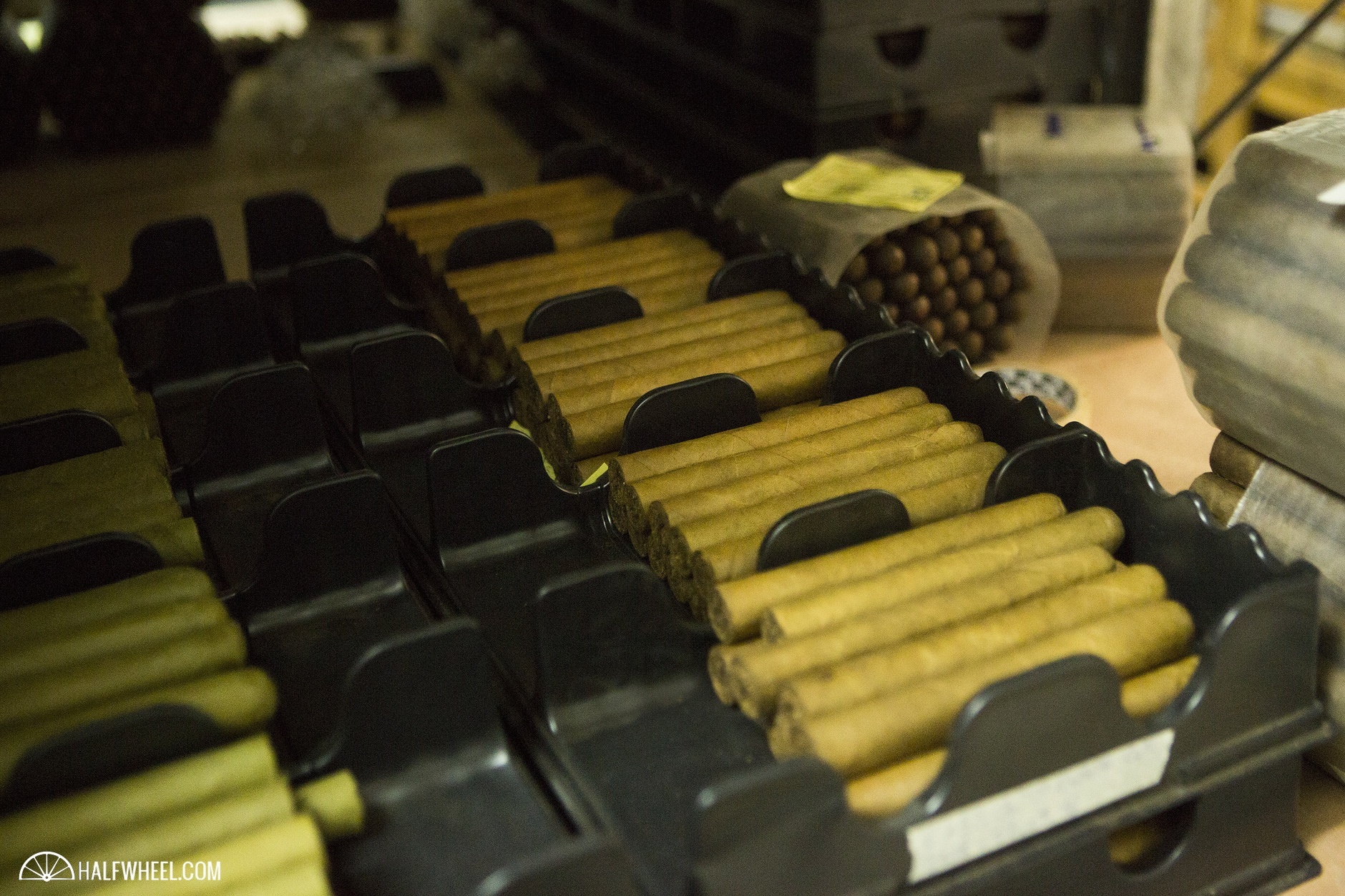 One thing I noticed was how they are transporting and storing cigars around the factory—using these black plastic trays. It was explained to me that they wanted to cut down on the damage that was caused while transporting cigars in traditional manners like wheels or in wooden boxes. We then headed over to the TAVICUSA farm, which is co-owned by Rocky Patel and Amilcar Perez-Castro, who runs the factory by the same name. they had opened up a barn for us to eat lunch in. This is the second year we’ve had lunch in a barn, this year they moved the poles up much higher which meant people weren’t hitting their heads into them on a constant basis, an improvement of sorts, even if it meant less entertainment. Eating in a tobacco barn is definitely a unique experience and we even had a leaf or two fall on us during lunch. 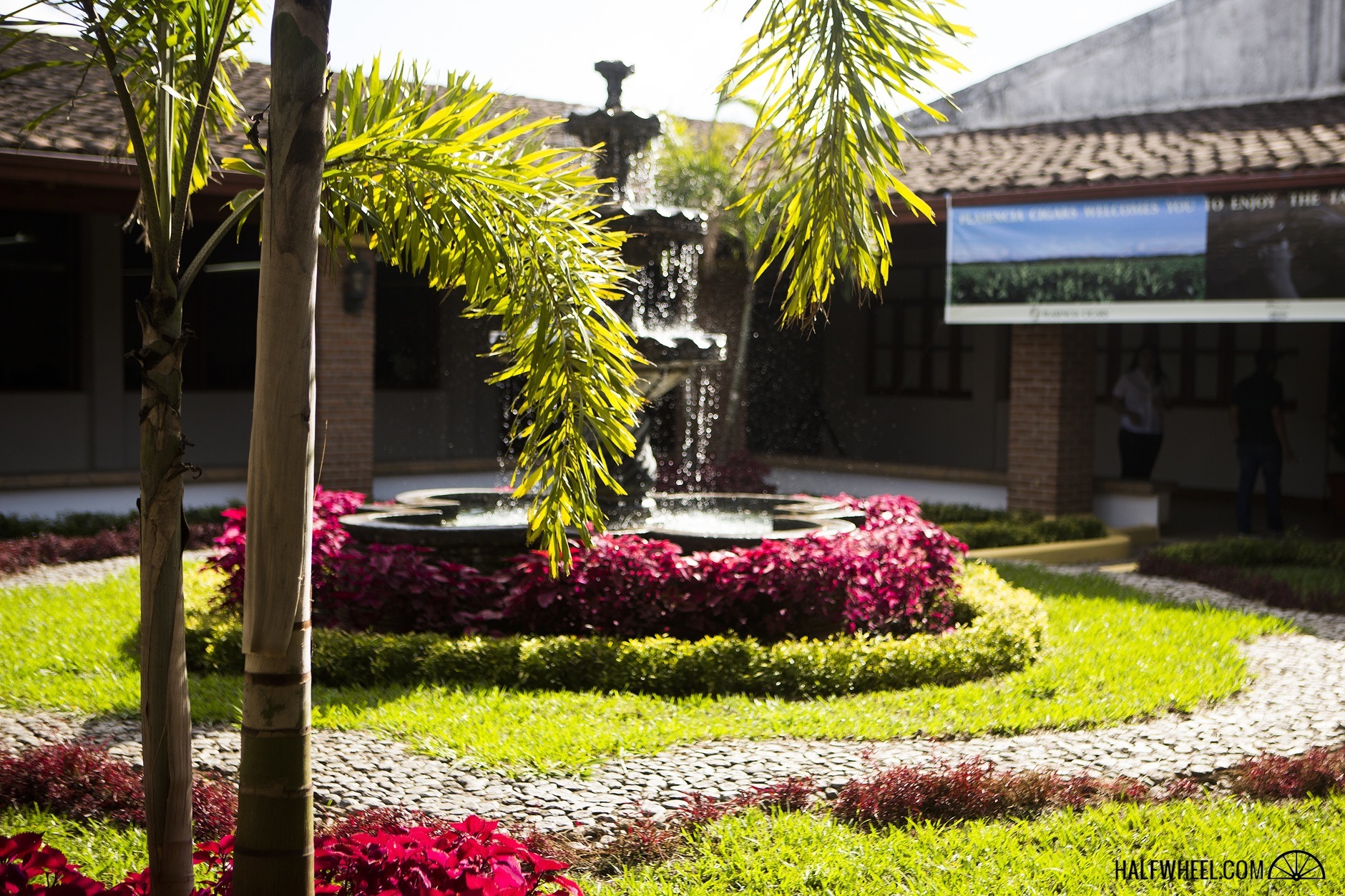 After lunch, my group was headed to Plasencia Cigars S.A., one of the very few established factories in Estelí I’ve never visited. Brooks photographed the factory extensively, but it was nice to see the Plasencia rolling operation running. We were guided around by Nestor Andrés Plasencia but also joined by Patricia and Raquel Quesada of Quesada Cigars. (Quesada’s Casa Magna brand is produced by the Plasencias.) 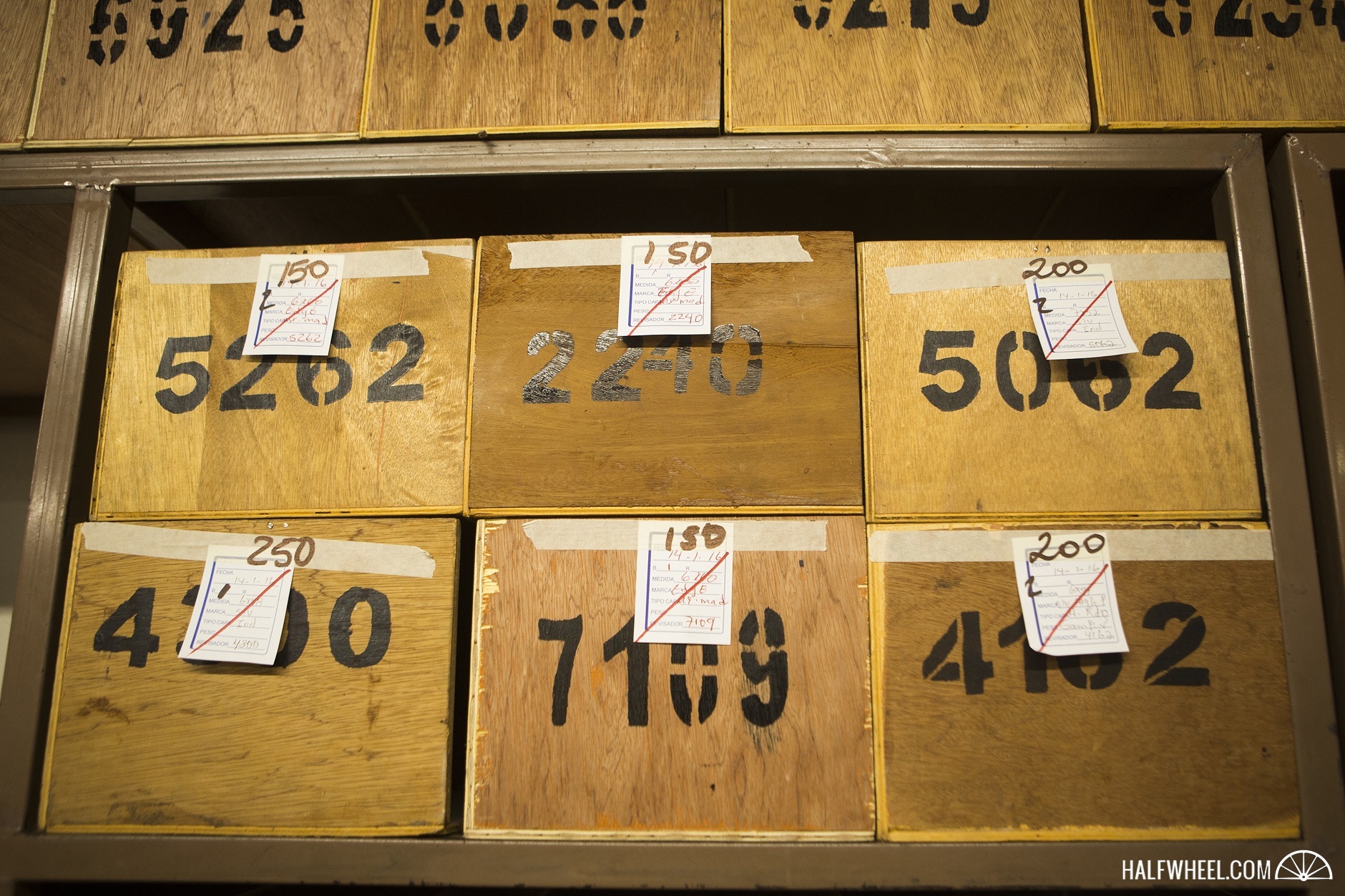 In addition to the normal factory tour, there was also a band, dancing show and a visit to the school run by the factory across the street where the students performed another show. While I hear about the clinics and other social outreach efforts, it’s nice to see the efforts in person. 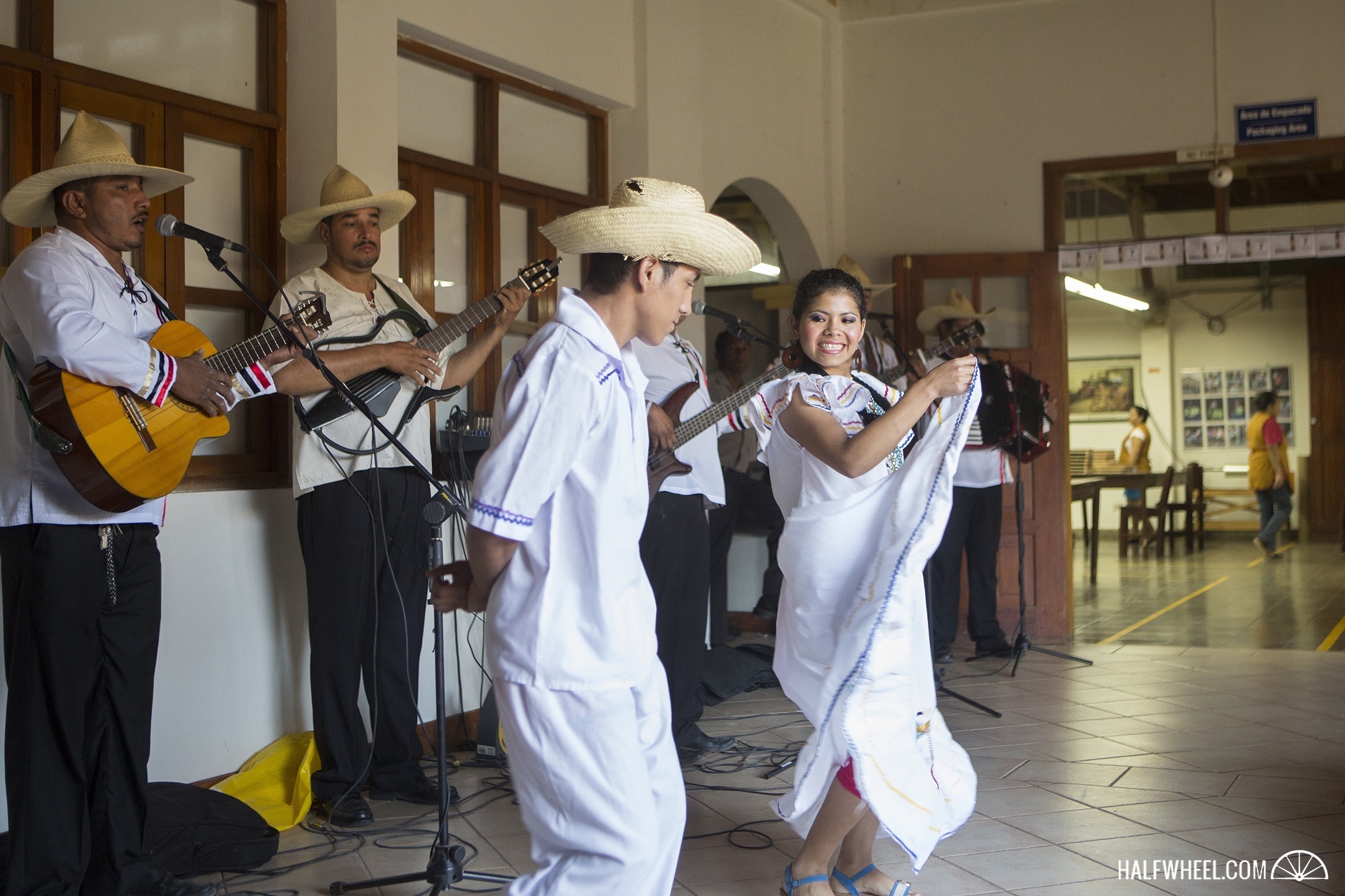 I also got to have some of the coffee Brooks has previously raved about. I’ll admit, it was good. It’s not the greatest coffee I’ve ever had and I certainly didn’t have a dozen of them, but it was still quite good.

From there it was back to Hotel Don Vito for a bit of work before dinner. My thoughts on Don Vito are that it is clean and safe, but I’d rather stay at Los Arcos which I find more comfortable and in a much better location. It’s definitely a more local style compared to something like Hotel Hex, which is rather sterile.

As for dinner, it was—as it has been for the last few years, a white party in downtown Estelí. This was the first year in which almost everyone was wearing white—bravo there—but it was otherwise quite similar. One thing I’ve picked up on at both dinners so far is that Flor de Caña 18 is being poured like it is going out of style. Interestingly, the only place this wasn’t happening was at Flor de Caña itself.

The Cuban classic Guantanamera was performed by the band who was joined by Gustavo Plasencia and led by José “Pepín” García. I managed to get a shoutout during the Pepín freestyle performance of the song, although I still am not particularly sure what he said.

My night ended at Cigar Zone. It’s not what it was, it probably won’t ever be. Ever since Hard Bar opened up a few years ago, Cigar Zone has looked more and more depressed. Thursday night was perhaps the epitome of the downfall. Thursday night is apparently Lady’s Night. Rather than hosting that, it essentially closed the club for the private afterparty for Puro Sabor. While in years past Cigar Zone has in fact been the official afterparty, this year it was not. This meant people would have to find their own transportation to the club—that didn’t happen.

Outside of some hired dancers, there was maybe a dozen locals and 30 or so people from the festival. It sort of looked like an episode out of Bar Rescue. And despite the complete lack of guests, the music was as loud as ever meaning I fell asleep with a rum headache supercharged by the obnoxiously loud music.