Puro Sabor, the Nicaraguan cigar festival has been a fascinating saga to watch unfold these last few years. Nicaragua, more specifically the city of Estelí, is the country that has seen more growth, more new cigars, more new factories and probably more cigar tourism than any other place in the last few years, and yet, the festival is still very much in its infancy largely because of how poorly the first two renditions went–the locally-oriented Puro Humo in March 2013 and last year’s third edition of Puro Sabor–both of which seemed more like test events rather than the main event.

But this year, the Nicaraguan Association of Tobacco Producers (ANT) invited consumers from the around world to attend its cigar festival, and upon stepping foot off the plane, it was clear things were going to be quite a bit different. 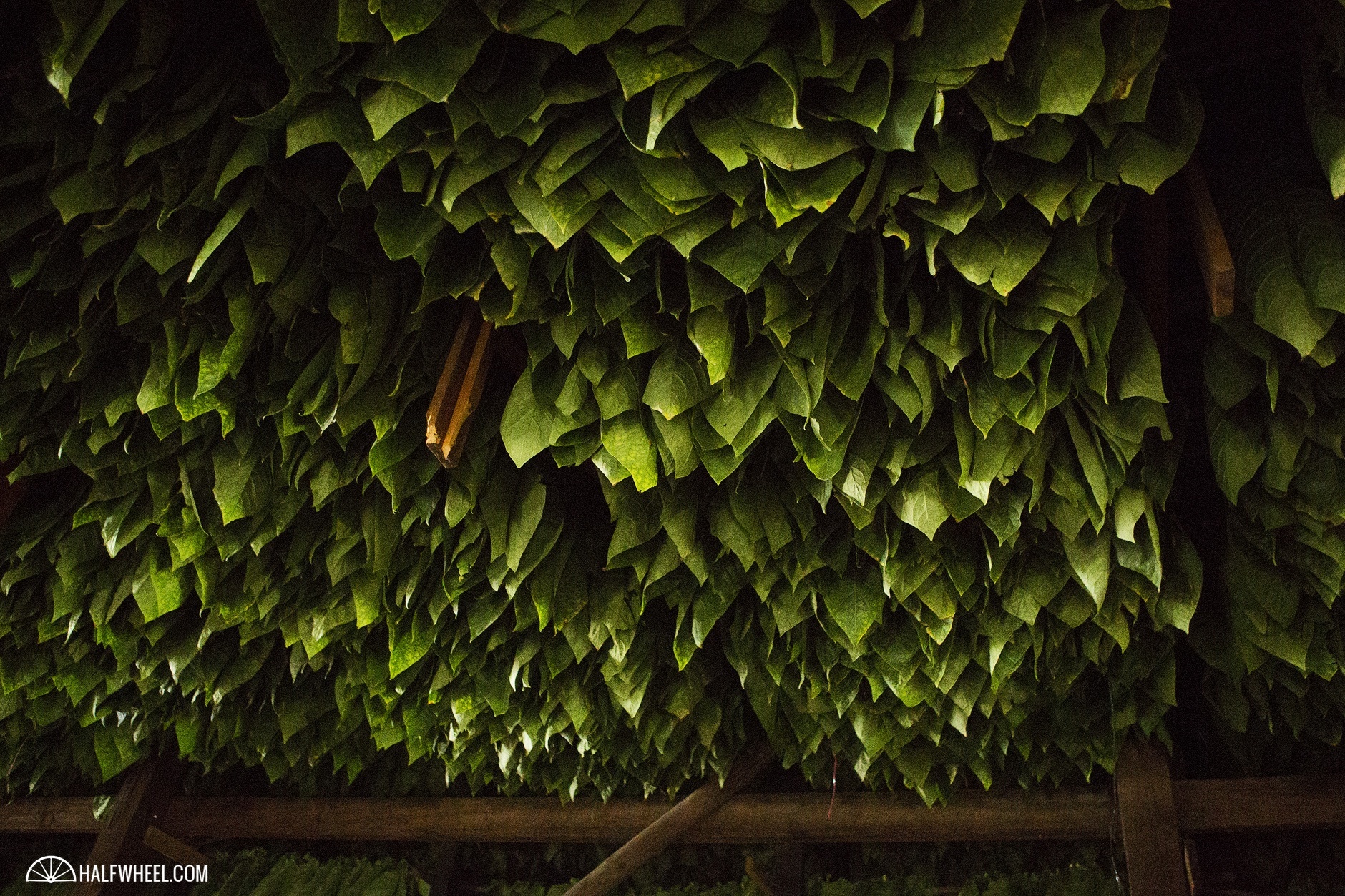 Yes, it was the same airport, the same VIP lounge customs process, the same organizers as last year—but the guests were very different. On my bus to the Crown Plaza in Managua, Nicaragua’s capital, there were no manufacturers, no one from a support business like cigar bands—and honestly—no retailers. With the exception of the Cigar Vixen crew, it was all consumers.

The itinerary received a few minor modifications, but it was largely the same outline as the year prior: one night in Managua, including a welcome gala, then off to Estelí for two days of factory, farm and cultural visits. Yet, there were also quite a few needed changes.

For starters, there would be no lengthy bus ride to a country club in the mountains.

The opening gala was at the Crown Plaza, followed by Puro Humo, a night for Nicaraguan cigar smokers and press to get to interact with the Nicaraguan cigar manufacturers. Puro Humo 2015 was much different than Puro Humo 2013—there were modern-looking stands instead of decorated tables, there were no half hour-long speeches and there were a lot more people. It might sound like small details, but in fact are big changes to the overall ethos of getting the event “right.”

In a surprising turn of events for anything that has ever happened in the cigar business, the busses to Estelí left on time. 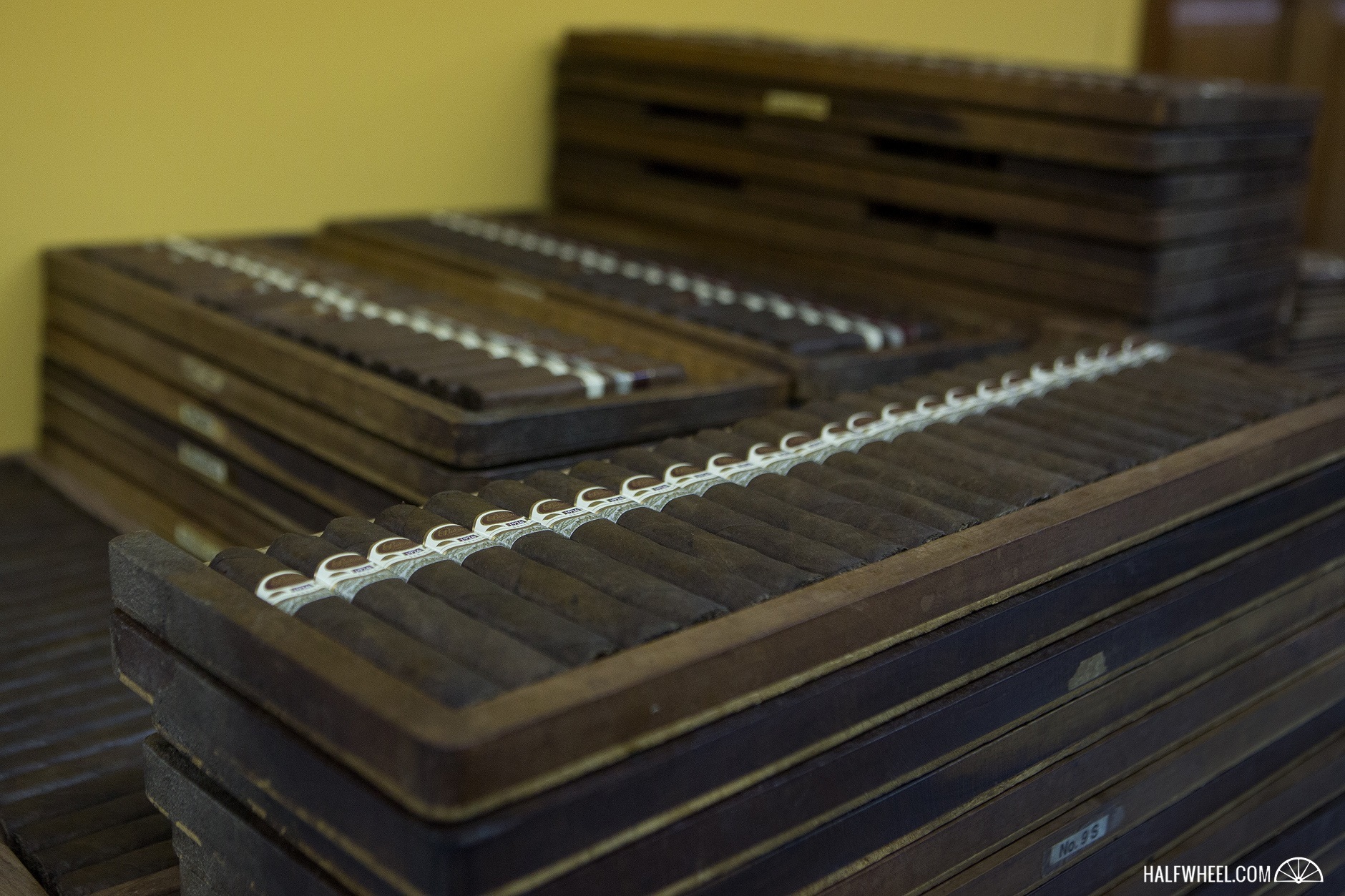 Rather than heading to lunch and a horse show as we had done the year prior, the groups split up for a quick factory tour. I was once again at Padrón, this time at Tabacos Cubanica S.A., the company’s Estelí-based factory. Because of the on-time bus departure, we actually had a bit of time to spare, so Jorge Padrón brought us over to the company’s Villa Vieja farm that it acquired about a year ago. While there, he explained that they had actually purchased an additional farm last year, part of a massive expansion in the company’s tobacco production capabilities, despite the fact that it has no intention of producing more cigars.

We then headed over to Tabacalera Fernandez S.A., the massive factory of A.J. Fernandez that opened up a few years ago. It was not the three-hour ordeal that took place the year before, but in the short time I managed to eat before listening to Abdel Fernandez and Willy Herrera of Drew Estate have a conversation while smoking a new lancero Fernandez is working on. From there it was off to Rocky Patel and Amilcar Perez-Castro’s TAVICUSA factory in the heart of Estelí. It’s small– smaller than I honestly would have thought–but it’s one of many factories producing Rocky Patel cigars, and perhaps most importantly, its one that Patel actually owns, or at least co-owns.

In order to strike contrast, our final stop of the day was the new Nicaraguan American Cigars S.A. (NACSA) factory, located right down the road from the old NACSA factory. It’s massive, probably the largest single rolling floor in Estelí with Omar Ortez telling me there was already nearly 180 pairs working. The night featured an attempt at a white party at a park in the center of Estelí. It sort of worked, but plenty took the laissez-faire approach to the color request, while others claimed the memo was lost. As it so often does in Nicaragua, my night ended to the thumping music of CigarZone, a discoteca in Estelí.

I had gotten used to the idea that busses might leave on time at Puro Sabor, but I had no idea they would actually leave two minutes early, at least according to my phone. Imagine my surprise when I was downstairs, two minutes before the bus was supposed to leave, only to watch the bus pulling away. Eventually, I made it back to my group, who at this point were at one of the Plasencia farms. Both Nestor Plasencia and his son, Nestor Andrés Plasencia, guided the tour from the greenhouses to the curing barns. It was then time to head over to La Estrella, the prized farm of the García family of My Father fame. I had driven past it a few times, but it was nice to finally enter the gates and see it. There was a constant theme stressing how clean the farm was, and La Estrella certainly ranks amongst the cleaner farms I have ever walked through. The Garcías, like so many in Nicaragua, continue to add farms as quickly as they can. Good land is in short supply and the demand continues to grow; as such, prices are also on the rise. From there it was off to yet another farm. Fortunately for myself and the rest of us on the bus, it was for lunch and salsa lessons, not another visit. There was something incredibly romantic about eating in a tobacco barn, even if many narrowly missed smacking their heads into the support structures inside. Afterwards, I took a detour to go visit Nicaragua Procesadora S.A. (NICAPROSA), the Estelí-based processing facilities of the Oliva Tobacco family. Gustavo Cura attempted to keep Nicholas Melillo, Steve Saka and I in check as we ventured through the facility and looked at the absolutely absurd amount of tobacco the company had in inventory. From there it was back to the new NACSA before briefly looking inside the gutted-out old NACSA building.

The final night once again included a gala at a country club outside the city. It was formal, probably more formal than last year. As the night got underway, Juan Ignacio Martínez of Joya de Nicaragua was announced as the new president of the ANT, succeeding Nestor Andrés Plasencia. While the highlight of any other evening would have been José “Pepín” García performing Guantanamera, including a few freestyle verses, it was an auction.

Well, it started as an auction.

In an effort to raise money to help clean up a river in Estelí, the ANT held a live auction. Three humidors were auctioned and while the first two went for a few thousand dollars, it was clear the auctioneers—Pedro Gomez of Drew Estate and Alan Fonseca—were not going to let the final, much larger humidor go for that amount. After stumbling a bit, cigar manufacturers began teaming up with one another to produce larger bids and somewhere in the $20,000 range, a donation was made, and then another, and then another and at some point, nearly an hour after the auction began, the final amount closed at $60,000. For those wondering, the humidor itself will stay in the ANT’s office.

Shortly thereafter, fireworks lit up the sky over Estelí and then Pepín took his spot on stage for Guantanamera. If the above thousand or so words was overwhelming, just imagine the 72 hours or so in Nicaragua.

There is no city quite like Estelí. You can drive by a couple dozen cigar factories—tiny to gigantic—in less than 15 minutes in a car. Add another 15 minutes and you can drive by a dozen or so fields. Nowhere else in the world is that concentration or proximity really had and as such, it’s akin to bringing a child to an empty FAO Schwarz, for five minutes.

Two years in and Puro Sabor’s largest problem is clear: striking the balance between visiting the plethora of cigar manufacturing operations that are literally a five-minute car ride away, and going overboard with it. There is too much to see in Estelí in two days, too much even for two weeks realistically. Unlike at ProCigar—where it is not really imaginable to visit both Tabacalera de García and La Aurora in a single day—at Puro Sabor, visiting Drew Estate, Padrón, and A.J. Fernandez is an option.

It’s a bit much, particularly after a few nights of heavy consumption of Flor de Caña, but it’s what truly makes Estelí unique. While I’m not sure anyone went home well-rested, it seemed like every one of the attendees left Puro Sabor with a smile on their face and for those that had been previously, it was clear, this year was a lot better.

I’d recommend Puro Sabor 2016. It’s going to be overwhelming whether it’s your first trip to Estelí or your 20th. For most cigar retailers, let alone consumers, the concept of visiting six or seven different manufacturing facilities and farms in the course of 26 hours is unattainable, except at Puro Sabor. It truly is the crash course on Nicaraguan cigar culture.