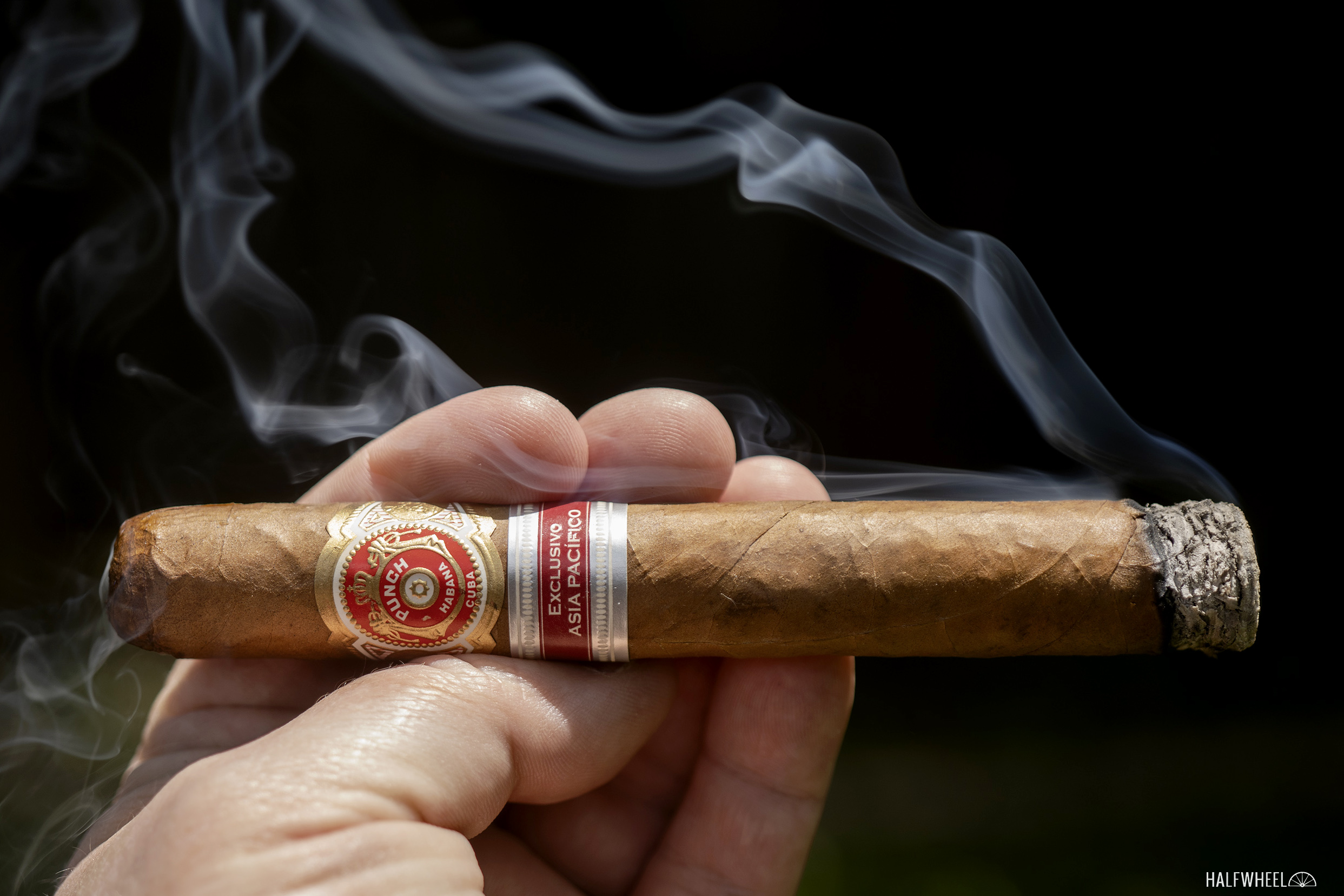 Rereleases in Habanos S.A.’s Edición Regional program are fairly rare, but one of the better known examples is the Punch Super Robusto. Originally released in 2006, the Super Robusto measures 6 1/8 x 50 and was an exclusive cigar for the Asia Pacific region of the world. At the time, it was only the third Edición Regional for the Punch marca, although interestingly enough, both of the previous cigars—the Punch Superfinos and the Punch Robusto, both from 2005—were also cigars that were rereleased in 2007.

As has happened before, the two releases happened in consecutive years:

The Edición Regional program started in 2005 and utilizes the 17 local and multi-local brands for their releases exempting the ten worldwide premium global and niche brands. The cigars are limited production releases with a minimum run of 25,000 cigars and are made exclusively for a regional market, which can range from a specific country to a geographic region.They are available for one to two years, after which time the cigar can be added to the line’s current production range. The vitolas used for Edición Regional releases must be selected from current production vitolas, but ones that are not already used by that lineIn addition, r  ecent changes, as noted by Trevor Leask of CubanCigarWebsite.com, have included a lifespan of 12 months with release dates generally in August, September and October. In addition, while some regions have received multiple releases in a calendar year, it has been reported that starting in 2012 Edición Regional releases will be limited to one per distributor. Visually, the Punch Super Robusto is covered in a golden brown wrapper that is parchment rough to the touch while also exhibiting very little oil. In addition, there are also quite a few veins up and down its length and the cigar is slightly spongy when squeezed. The aroma from the wrapper is an amazing combination of citrus, bitter chocolate, cinnamon, hay, creamy cedar, and barnyard, while the cold draw brings flavors of lemongrass, orange peel, cinnamon, aged leather, earth and nutty creaminess.

Starting out, the first third of the Punch Super Robusto shows promise immediately by exhibiting a dominant flavor combination of pistachios and cedar, interspersed with hay, bitter espresso, leather, cloves, earth and lemongrass. There is plenty of both orange peel citrus, white pepper and vanilla sweetness on the retrohale, while the finish is full of the flavor of gritty earth. In addition, there is a bit of spice noticeable on my tongue that seems to be increasing as the first third burns down. Construction-wise, the burn and draw are giving me no issues at all after a straight cut, and while the overall strength barely hits a point about halfway between mild and medium, it is obviously still increasing.

There are plenty of changes in the profile of the Super Robusto during the second third, staring with the dominant flavor, which shifts from the combination of pistachios and cedar to a distinct note of dried tea leaves. Additional flavors of creamy nuts, espresso beans, hay, cinnamon, cocoa nibs and a mild floral flavor flit in and out, while the retrohale continues to exhibit notes of both white pepper and vanilla bean sweetness. The changes also extend to the finish where I taste a slight metallic note about every third puff, although it is not strong enough to negatively affect the profile in any major way. Both the burn and draw continue to impress, while the strength increases enough to almost reach the medium mark by the time the second third comes to an end. The profile of the Punch Edición Regional Asia Pacifico shifts again in the final third, with the dominant flavor changing back to a combination of pistachios and cedar followed by lesser flavors of nutmeg, cinnamon, dried tea leaves, hay, floral, dark chocolate and leather that flit in and out. Interestingly, there is a noticeable increase in both spice on my tongue and vanilla sweetness on the retrohale, while the metallic note on the finish from the second third disappears completely, never to return. The draw remains trouble-free but the burn does start to get a bit out of hand, forcing me to touch it up twice before I am satisfied there will be no more issues. The strength does finally hit a solid medium just as I put down the nub down with a bit more than an inch remaining.

The Punch Super Robusto is a great example of what a good Cuban cigar can be: rich, creamy and complex with a profile that is dominated at different points by pistachio and tea leaves with a distinct citrus undertone. Yes, there was a bit of a metallic note on the finish that popped up every once in awhile—most noticeably in the middle of the second third—but it did not last long, and that was easily countered by the excellent balance and top-notch construction. Punch has always been far down the list of my favorite Cuban Marcas, but I have to call the Super Robusto has turned into a very good cigar that still seems to have plenty of life left.