In at least one regard, 2011 will likely go down as the end of an unofficial era for Habanos S.A.’s Edición Regional series. That year, the company announced 25 different releases for the series. It remains the peak as far as the number of releases.

Patrick Lagreid summarized the program a few years ago.

The Edición Regional program started in 2005 and utilizes the 17 local and multi-local brands for their releases exempting the ten worldwide premium global and niche brands. The cigars are limited production releases with a minimum run of 25,000 cigars and are made exclusively for a regional market, which can range from a specific country to a geographic region.
They are available for one to two years, after which time the cigar can be added to the line’s current production range. The vitolas used for Edición Regional releases must be selected from current production vitolas, but ones that are not already used by that line.
In addition, recent changes, as noted by Trevor Leask of CubanCigarWebsite.com, have included a lifespan of 12 months with release dates generally in August, September and October. While some regions have received multiple releases in a calendar year, it has been reported that starting in 2012 Edición Regional releases will be limited to one per distributor.
Finally, the cigars generally use the marca’s main band with a second red and silver band that indicates the region it was made for, in the format “Exclusivo ___” with the region’s name in Spanish.

For Pacific Cigar Co., the distributor for the Asia Pacifico region, there were two releases for 2011—the Punch Sabrosos and Quai d’Orsay Superiores.

The Sabrosos, which translates into tasty, is a 6 1/8 x 52 pirámides. It was limited to 2,400 individually numbered boxes of 25. Unlike many Edición Regionals, the Sabrosos actually appeared in stores by the end of 2011. The Sabrosos looks fine. It’s hard to get overly concerned about the discoloration or veins in the wrapper, but it’s also not the greatest rolled cigar I’ve seen from Cuba. There’s a fairly strong aroma given these cigars have both been sitting loose in a humidor. I pick up floral notes and cedar from the wrapper, a relatively similar base from the foot but with added notes akin to Ivory soap and some spice. Both caps came off and felt a bit light, although both cigars felt fine. The cold draws deliver a raspberry note similar to that found in Lindemans Framboise, generic floral notes and cedar.

There is significantly less nuance to the start of the Sabrosos: cedar then cream with very little to add. It’s got a wonderful crispness, but it takes a few puffs before the flavors begin to show themselves. Midway through the first third, the creaminess morphs into a sugary sweetness. A potato note develops and the raspberry note from the cold draw returns, although in a significantly reduced capacity. Touch-ups are needed on both cigars, although it’s nothing major. In addition, the draw on both cigars was tight, requiring slightly more liberal cuts. By the midway point, the draw is beginning to improve. Unfortunately, the flavor is not improving. While it jumps from medium to medium-full, it loses some of the unique characteristics. Earth and an herbal flavor take over. While the youth shows, floral notes and black pepper are added to the profile which add some depth. The herbal note becomes vegetal by the halfway point, although it never fully overtakes the earthy base. Strength is medium-plus, right around where the body is. 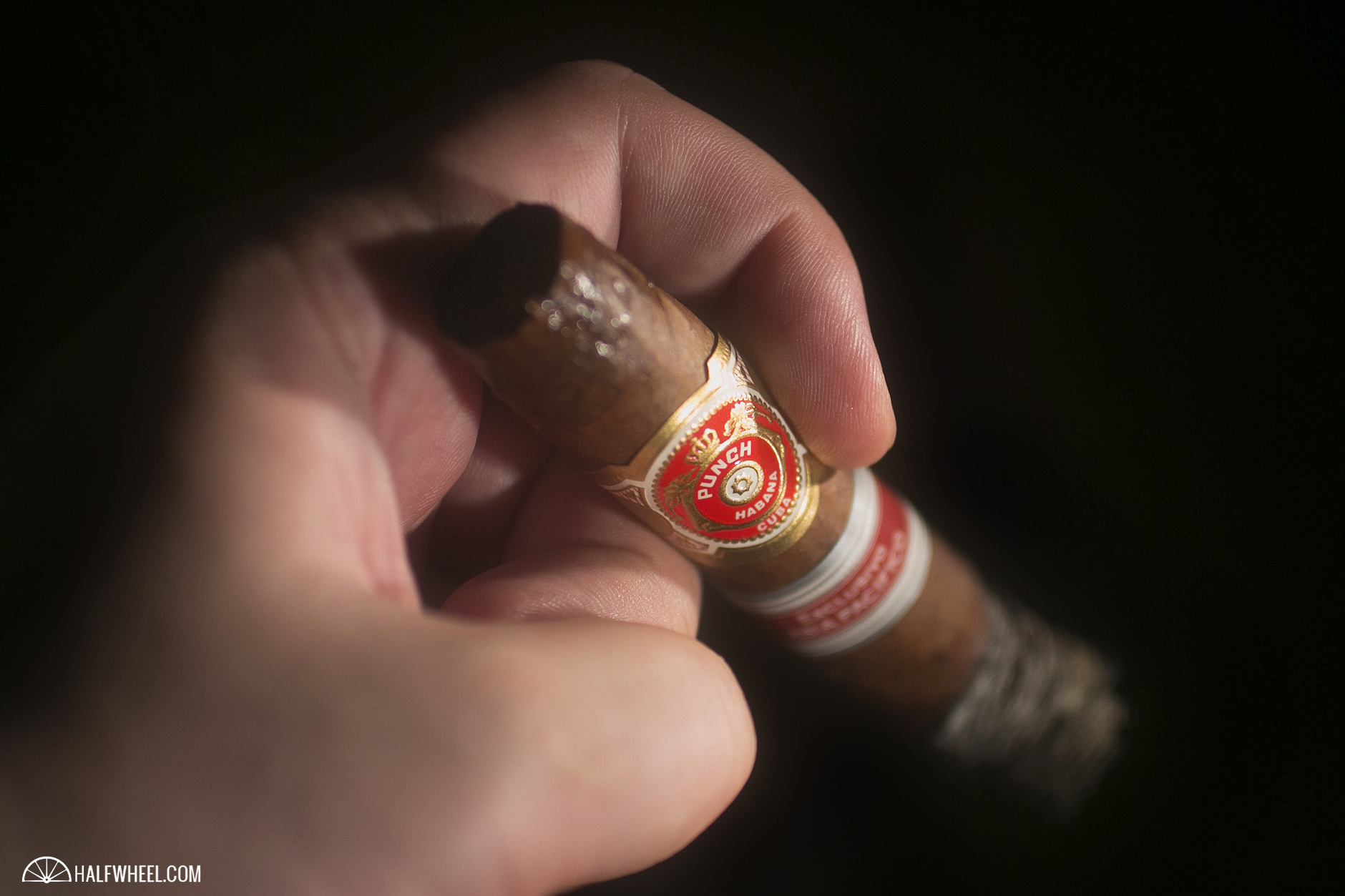 Into the final third and the Punch is becoming more challenging to stay lit. I make a secondary cut on one of the cigars to help loosen the draw, which is becoming tighter as the cone shape burns down. The crisp cedar and sweet earthy leather remain at the core, but little else can be found. The herbal notes are largely present only on the finish. One surprise is how full the final part of the cigar gets. Unfortunately at the one-inch mark the Sabrosos goes out. We don’t evaluate cigars based on aging potential, and even so, I’m not sure my opinion would change. As far as smoking these cigars today, my thoughts are recommending no less than a five-pack. There are some great qualities to the Sabrosos, but there are some glaring areas that need improving. Looking over the 2011 Edición Regional class, there are some better areas to spend money, but this is not a bad choice.