As it stands, this is the 2016 lineup for the Rare Corojo: General has also announced, this year also will be the last for the 6 3/4 x 48 Double Corona, which will be retired after this year’s production runs out The Regalias Perfecto has a really striking presentation, with the dark Sumatra wrapper contrasting beautifully with the limited edition version of the Punch band featuring a cream background instead of the normal red and gold affair. Slightly rough to the touch, the wrapper does have a rich oily feel to it as well. Gently squeezing the cigar reveals firm construction with very little give anywhere. Leather, earth and a touch of pepper make up the aroma coming off the wrapper, while a more interesting mix of almonds, vanilla, cocoa and some light bready notes make up the cold draw.

Starting into the first third of the Regalias Perfecto, a nutty cocoa note jumps up front, with some charred bread, light pepper, and a bit of a brown gravy note in the background. The draw is extremely tight and I’m barely able to actually pull any smoke through. As the burn line makes its way around the perfecto’s bulge, it stays sharp and almost completely even, a feat that many perfectos seem to not be able to manage. As it makes it past the curve, the draw finally starts to open up to a more acceptable range and where I can actually get some good smoke production going. A huge spice note shows up next to the nuttiness, cocoa and pepper, while the charred bread and brown gravy have faded to very distant flavors in the background. The second third continues with more of a sweet profile of cocoa and spice while the nuttiness has turned into more of a marzipan note. Though the draw is still snug, it has worked its way into the ideal range, producing enough smoke with each draw to be acceptable. The burn line has continued to stay mostly even, with the exception of one little jagged section that appears like it’s going to correct itself. There isn’t much change in the profile specifics, with cocoa, spice and almonds still present, however the overall profile has become much less sweet. 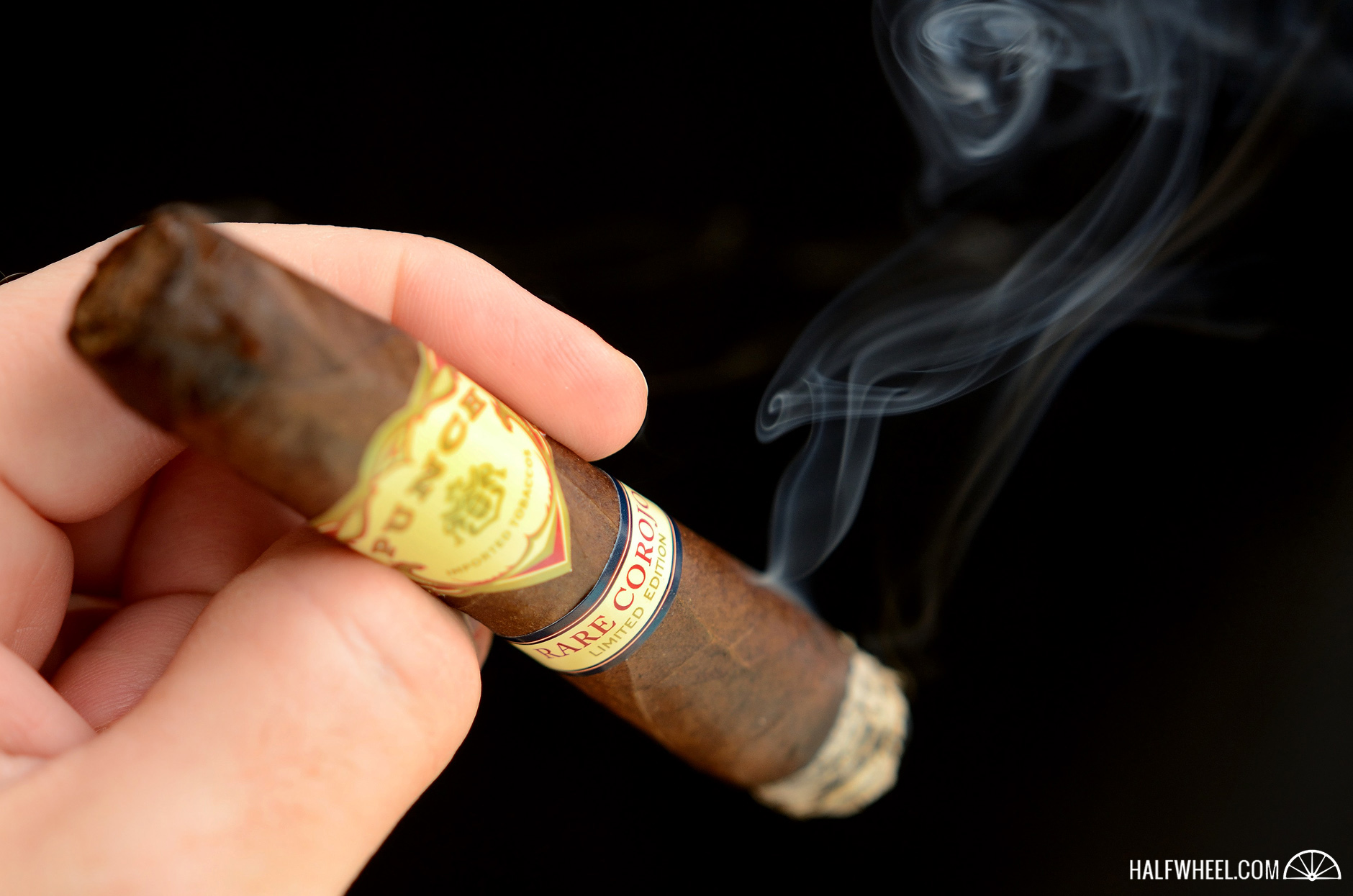 Moving into the final third, we see another transition from sweet to savory, with the return of some pepper and that brown gravy note from before, pairing up with the cocoa, spice and nuttiness to create an interesting profile. While the second third saw the burn become a little jagged, it has evened itself up and is almost back to the same sharp line without any intervention from my lighter. As I wrap up the final inch of the cigar, the strength and pepper grow and continue to solidify the savory profile and finishes smooth without getting hot or harsh. I had a lot of trepidation going into this cigar. I have historically enjoyed the Rare Corojo blend, having been one of my go to cigars as I “grew up” in the cigar world. Seeing all three samples with giant cracks in the head and then the extremely tight draw going into the first third had me worried how this experience was going to go. After the draw opened up however, the cigar really got going in a positive direction, with no other construction issues and a profile that shifted and kept me guessing where it was going next. While the flavors weren’t necessarily ones that I would throw together off the top of my head, they didn’t clash and even in some strange way complemented each other. Pair all that with the fact that it’s a pretty good deal for a seven inch perfecto and this is a release I can definitely recommend picking up before it’s all gone.