Released every year in February since 2001, the Punch Rare Corojo blend features a Sumatra wrapper from Ecuador covering a Connecticut broadleaf binder and filler tobaccos from Dominican Republic, Honduras & NIcaragua. There were two new vitolas in this year’s release: a 6 x 52figurado vitola named Rare Lapiz that sells for $9.82 each in boxes of 10 and a 6 1/2 x 66 gordo known as El Diablo priced at $8.25 per cigar that comes packaged in boxes of 20.

While the Rare Lapiz is a limited edition release for 2015, the El Diablo will continue to be a regular addition to the Rare Corojo line after this year.

“Punch Rare Corojo started the trend of seasonal cigars, and each year, we’re pleased with the response to this annual collection,” said Ed McKenna, senior brand manager for Punch, in a press release. “Given the range of frontmarks and the addition of Rare Lapiz to this year’s lineup, we are confident that Punch Rare Corojo will sell out quickly.”

All of the Punch Rare Corojo cigars are rolled at STG Danlí in Honduras, and retailers will only be able to order them until May 15, or until stock is depleted.

There are six different vitolas in the 2015 release of the Punch Rare Corojo. 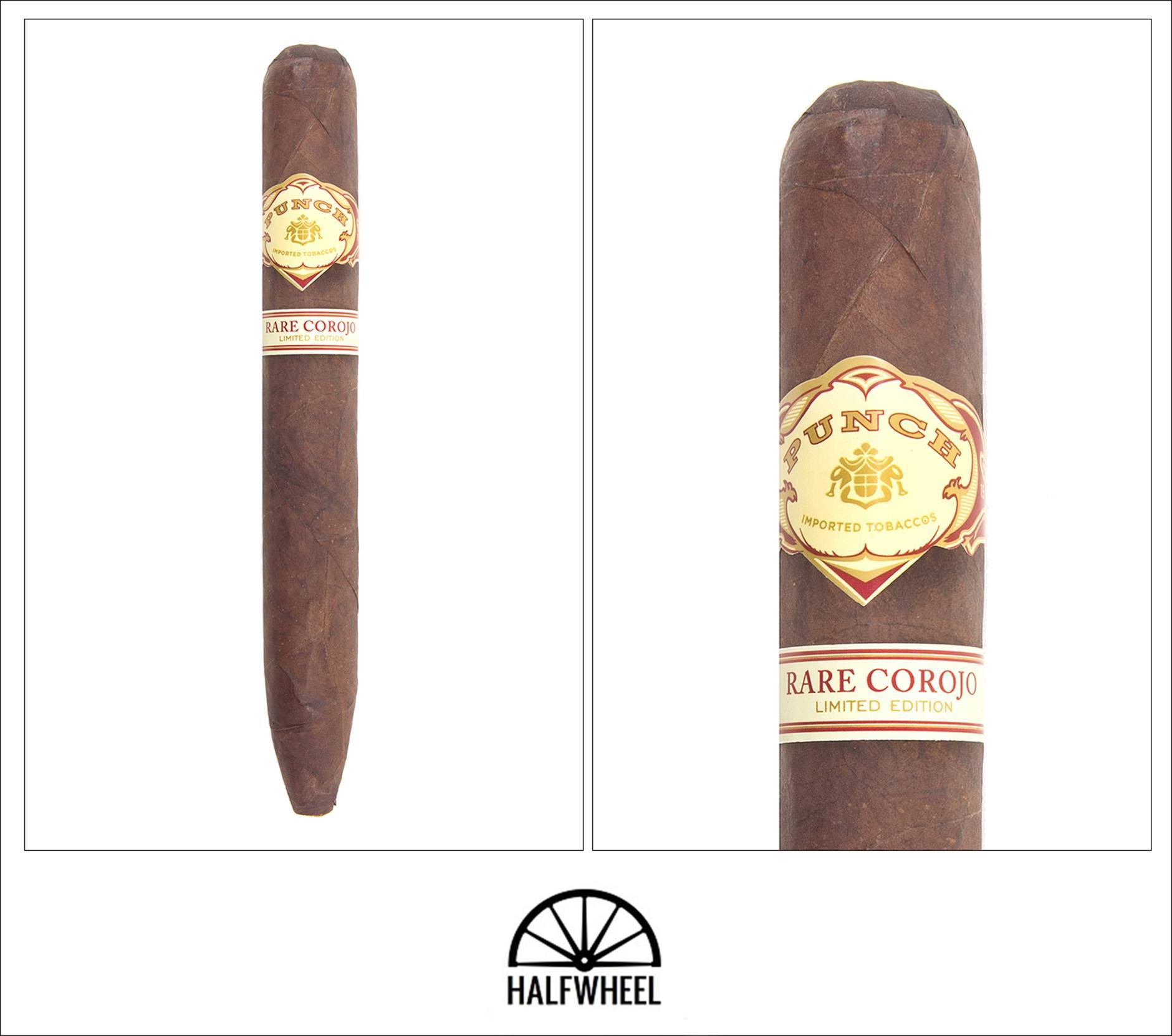 The Punch Rare Corojo Rare Lapiz is covered in a reddish mocha brown wrapper that is quite toothy to the touch and almost totally devoid of veins. It is just short of rock hard when squeezed, and seems to be excellently rolled after a visual inspection. Aroma from the wrapper is a surprising combination of sweet floral and earth, while the cold draw brings flavors of oak, leather, grass and pepper.

The Punch Rare Corojo Rare Lapiz starts off with a very dominant gritty earth note, along with leather, espresso, cedar, hay and barnyard, along with a slightly generic sweetness that comes and goes. There is a floral note on the finish that reminds me of the scent that came off of the wrapper, and some nice black pepper on the retrohale. I am noticing a slight spice on my lips, but it has disappeared by the end of the first third, and the smoke production is well above average. Construction-wise, the draw is a bit tight to start, but the burn is excellent so far. The overall strength surprises me, and easily hits the medium mark by the end of the first third. Unfortunately, the second third of the Rare Lapiz follows exactly along the path of the first third: earth and leather up front, with minor flavors of coffee, wood, barnyard and hay filling in the gaps. The sweetness from the first third is still around, but has lost quite a bit of its strength, as has the black pepper on the retrohale. While I can still tasted the floral note on the finish, it is being diluted by a creamy cedar note. The strength has stalled out slightly higher than medium, and while the draw is still a touch tight for my tastes, the burn has started to waver a bit, forcing a relight along the way. The final third of the Punch Rare Corojo figurado changes very little with the same earth and leather combination as the obvious dominant flavor, followed by bitter espresso, dark cocoa, hay and wood in varying amounts. The sweetness is long gone, the pepper is long gone, and the spice is long gone, but the smoke production continues to impress, billowing off of the foot in dense waves. Both the burn and draw continue to have issues, although they are more annoying than detrimental, and after taking off like a rocket in the first third, the strength ends up just above the medium mark by the time I put the cigar down with a little more than an inch left. Unfortunately, after smoking three of these, if I had one word to describe this blend, it would be "forgettable." While there is nothing offensive about it, there was also no point during the entirety of the three cigars I smoked that would lead me to come close to recommending it due to a profile that almost ever changed. The construction was medium of the road, with a draw that was just too tight and burn line that wavered for pretty much the entire cigar and the finish had a bit of a floral note to it that, while somewhat interesting, did not help the balance or the profile. Yes, the release features a nice vitola, but in the end, that is just not enough to save the cigar.