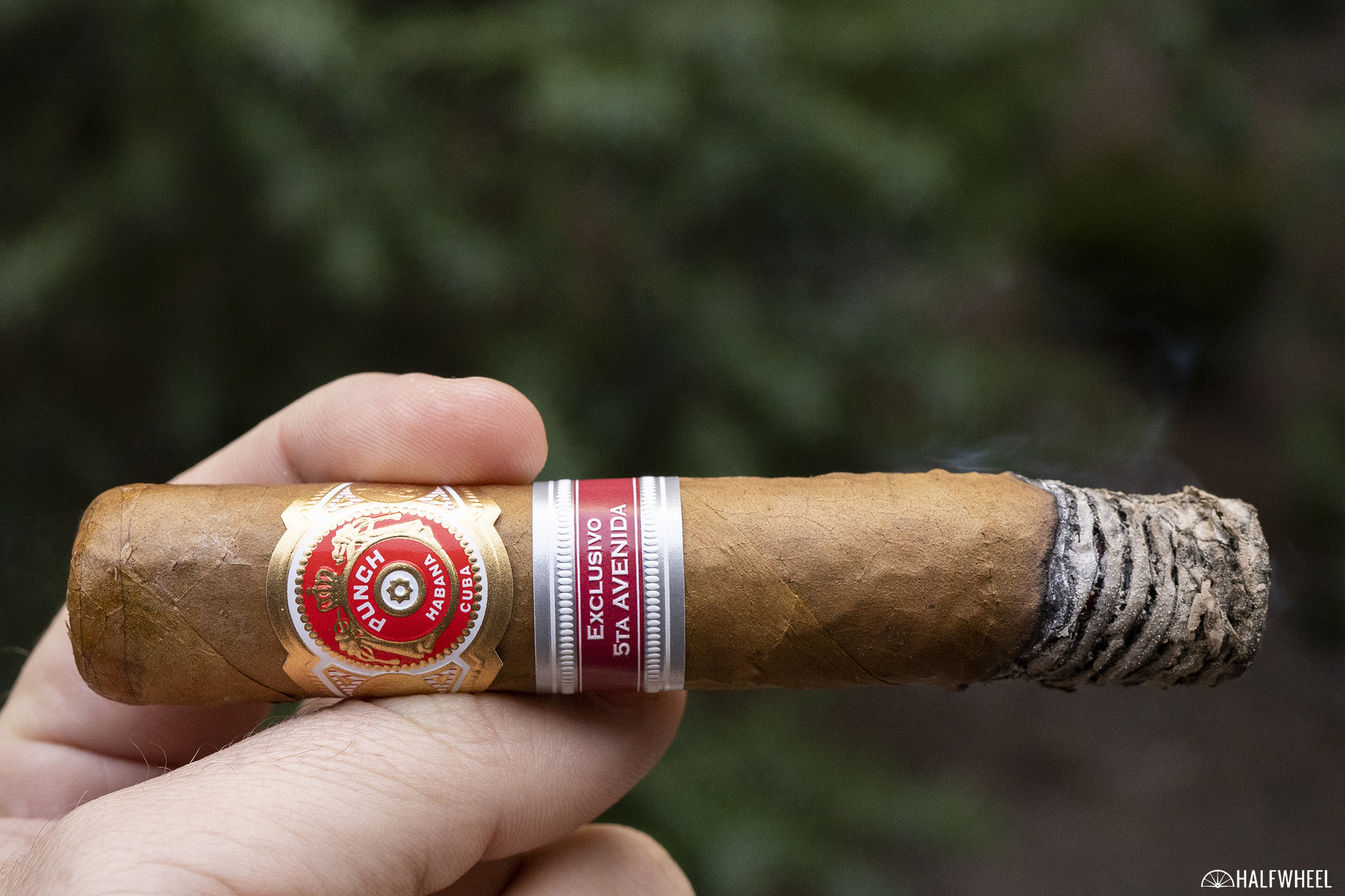 When I first started getting into cigars, I remember being absolutely fascinated by—maybe even obsessed with—the Edición Regional program offered by Habanos S.A., the Cuban cigar conglomerate.

Regular readers and those knowledgeable about the Cuban cigar industry should be familiar with the program, but as a quick refresher, it was launched in 2005 as a way to bring together brands and sizes that aren’t often found in combination and offer them as a limited edition to a certain region of the world, whether it be a single country or an multi-country area covered by a distributor. Among the guidelines of the program, the distributors have to front the money for the cigars and they have to order at least 25,000 cigars. The global brands are not eligible for the program, so no Cohiba, H. Upmann, Hoyo de Monterrey, Jose L. Piedra, Montecristo, Partagás or Romeo y Julieta, and what were referred to as niche brands were also ineligible, meaning no Cuaba, Trinidad or San Cristóbal, though that last one just got it first by way of the San Cristóbal de La Habana La Cabaña, an Edición Regional for Cuba.

Additionally, each release is generally limited to one year of availability though can be rereleased by the distributor, with Habanos S.A. having the option to eventually turn that Edición Regional release into a regular production cigar. The vitola must also be one that is in Habanos S.A.’s existing portfolio, and as of 2012, each distributor is limited to a single release per year.

For its 2018 release, 5ta Avenida, the distributor for Germany, Austria and Poland, selected the Punch marca, one of the most well-known brands that is eligible for the program. In fact, the brand was part of the inaugural class of Edición Regional releases, with the Punch Superfinos created for Italy and the Punch Robusto created for Switzerland. 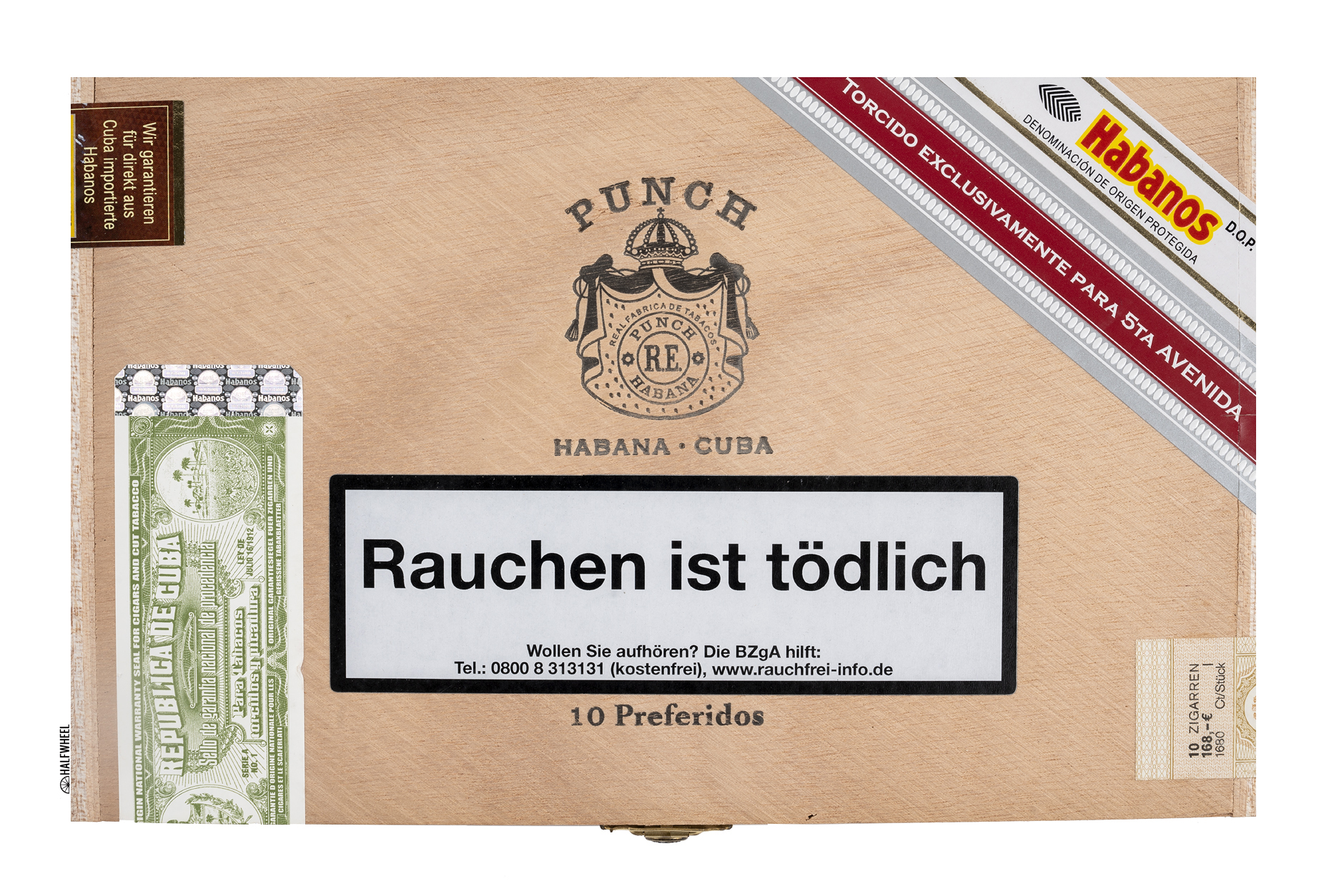 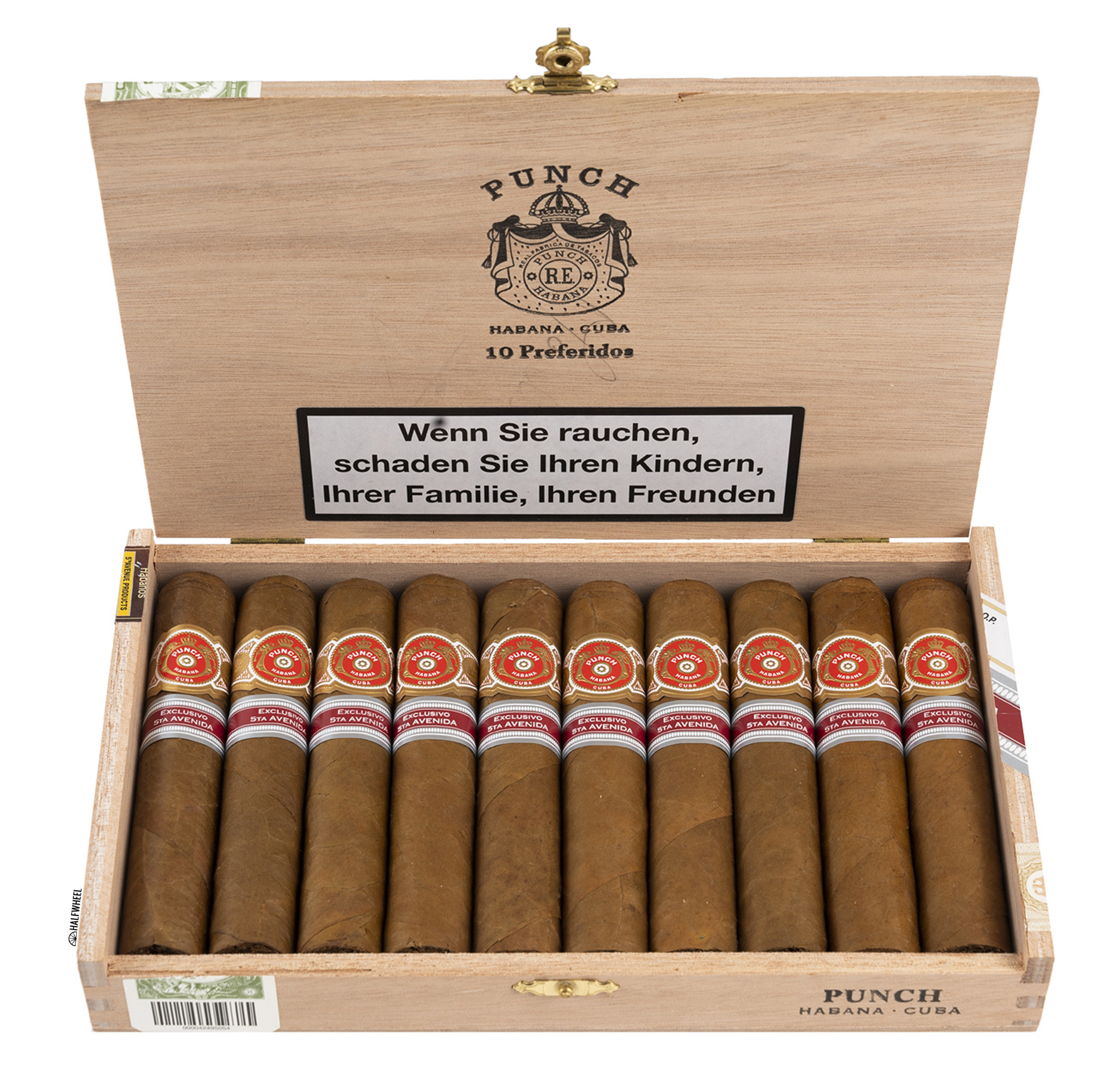 As for the size, the distributor selected the montesco vitola, a 5 1/8 (130mm) x 55 ring gauge robusto that debuted in 2010 with the release of the Romeo y Julieta Wide Churchills. It has since been used in a number of other Edición Regional releases, as well as the Hoyo de Monterrey Grand Epicure Edición Limitada 2013, Hoyo de Monterrey Wide Churchills Gran Reserva Cosecha 2009 and the yet-to-be-released Montecristo Supremos Edición Limitada 2019.

The size is notable for the Punch marca as it is tied for the thickest Punch cigar to ever be released. The cigar it is tied with is the Punch Diademas Extra, a massive figurado that measured 9 1/8 inches (233mm) long that was discontinued in 1980 as a regular production cigar, but returned in 2010 as an Edición Regional release for Italy. It’s also notably thicker than the thickest regular production Punch available, the Punch Short de Punch, a 4 3/4 x 50 petit robusto that came out in 2019.

This is the fourth Edición Regional release to wear an Exclusivo 5ta Avenida band:

It’s also the second time that the Punch marca has been selected for an Edición Regional release by 5ta Avenida, joining 2012’s Punch Sir John, though that cigar was designated as an exclusive for Germany. 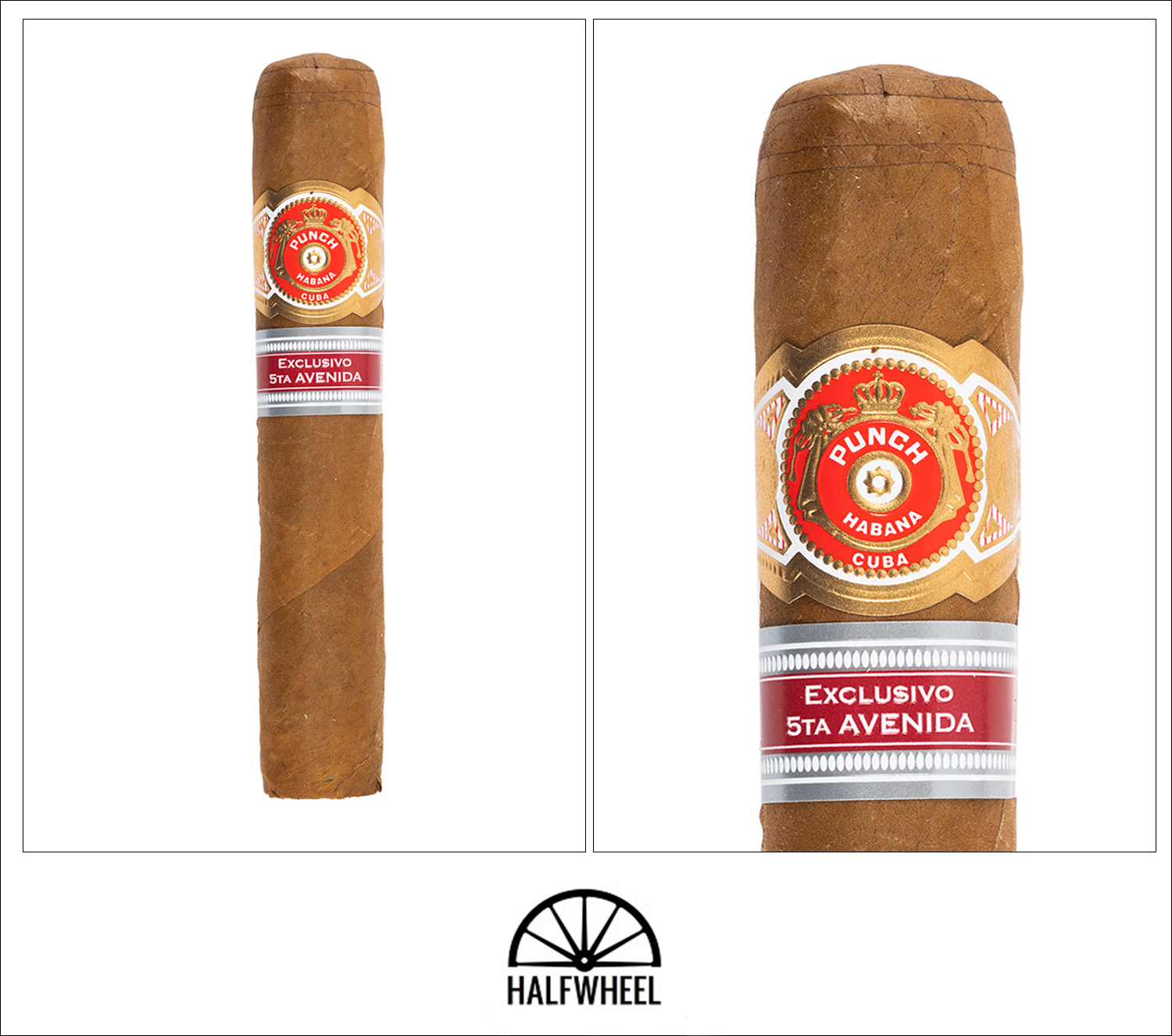 The Punch Preferidos is a stout, thick cigar that even with recent releases, feels a bit out of place to be wearing a pair of Cuban cigar bands. Under those bands is a familiar-looking leaf, lightly tanned with a matte finish, visible seams and the very familiar style of veins that are found on leaves from the island. It appears well-rolled and is firmer than I have come to expect from a Cuban factory, showing little of the spongy give that I still associate with Cuban cigars. The cap also feels flatter than normal due to flattened shoulders and a fairly large final piece of tobacco placed atop the head. The foot of the cigar is very light and mild, reminding me of corn flakes with just a bit of sweetness. The case could be made for vanilla ice cream or the frosting found on a cinnamon roll in other samples, though neither are consistent across the samples. The cold draw ranges from nearly perfect to a bit firm and is a bit more flavorful, taking the sweet cereal note and thickening it up into a sweet bread flavor. That said, it’s not an abundance of flavors by any means, staying fairly singular and offering little in the way of spice or pepper.

The Punch Preferidos was very mellow to the senses before being lit, and the first puffs after being lit aren’t much different other than a bit more creaminess and the first inklings of pepper. That said, it takes a step forward with pepper and wood not long after and begins to develop a fairly familiar profile, and there are a few points where the cigar hints at what it could become, blending the creaminess with the cereal and pepper together with an impressive result. There’s a bit of a toasty aspect to the flavor as well, tingling the lips and drying the mouth out a bit before the one-inch mark. It’s a good though fairly singular profile, and while the flavor doesn’t taste young, it does taste a bit restrained, which I’m not terribly surprised by given the January 2019 box date. It’s a point that gets reiterated as the first third progresses and the white pepper tends to leap out of the profile at times, a trend that carries the cigar into the second third. Flavor sits at an unbalanced medium-plus, body about the same, and strength varying between medium-plus and full depending on the most recent hit of pepper. The burn, draw and smoke production are all quite good.

The exuberance shown by the white pepper in the first third of the Punch Preferidos carries over into the start of the second third, but starts to fall in line with the rest of the profile. It steadily dries the mouth, particularly the lips and the front and sides of the tongue. It’s not quite the same feeling as being truly parched on a hot, dry summer day, but it’s close. While there is a bit of creaminess to be found in puffs, it is sporadic and hardly enough to avert the physical effect the cigar is having. At the midpoint, I get an even drier profile that is marked by white bread toast and peanuts, though without the oiliness that the flavor tends to contain. By the end of the second third, my mouth is quite dry and I’m not only thinking of drinking more water, but finding some lip balm as well. The profile, body and strength are all at a pretty similar place to where they were at the end of the first third. The burn line begins to tilt at the start of one sample’s final third and it’s not long before I have some shoveling to remedy, though the Punch Preferidos is smoking well otherwise. Another sample has to contend with some damage to the wrapper due to the removal of the bands, thankfully it is more cosmetic than anything and it burns well otherwise. There’s a bit less drying of the mouth going on, even though the profile hasn’t changed much and is still showing a very dry toast note along with some thin, dry wood. The result is a fairly shallow flavor that tries its best to keep the palate engaged but simply doesn’t offer much in the way of depth or complexity at this stage of its aging process. While the pepper is still present, it’s now more of an accent note compared to the first third. The closing puffs don’t improve the profile or experience much, getting a bit more intense and smoky, with a bit of heat coming through as well. The draw is good, and while the burn line was able to be largely corrected, it’s not the prettiest of endings for the cigar. Edición Regional releases have had their share of negative comments heaped upon them, and I’m relieved to say I don’t feel the need to add any more after smoking the Punch Preferidos. While it’s far from being a bad cigar or a letdown, it certainly seems like it is not in its best place yet, something that will more than likely happen in the coming years. There are marks of good flavors—creaminess, breads, wood and white pepper—yet they all feel a bit youthful and underdeveloped on their own, let alone when it comes to functioning as a cohesive profile. This is certainly a cigar that could be smoked now, and other than the dry mouth and some white pepper that has the steadiness of a baby giraffe, would seemingly be fairly enjoyable. But as many regular Cuban smokers would likely attest with cigars from the island, this needs to be put in a humidor to rest and develop before finally being ready to show its more developed—and likely more enjoyable—profile.