To put it mildly, the series has been quite successful. Based on the MSRP of the cigars, the latest release generated almost $5.5 million in retail sales. As such, it’s no surprise that other companies have opted to release their own cigars based on the concept. For the most part, the formula is quite homogenous:

Then, there’s General Cigar Co., which has gone to the opposite end of the spectrum.

Some of that is probably because General’s approach to most of its brands is to have lower prices than most of its competitors. Some of it is also probably due to the fact that most of the brands that General sells—with notable exceptions being CAO and Macanudo—are brands that it can’t sell in China due to trademarks. So, its Chinese Zodiac calendar releases have been based around the theme of American Chinese food. This year’s release is called Punch Kung Pow!, a 6 x 52 toro that uses a Connecticut broadleaf wrapper over a Honduran habano binder and fillers from Brazil, Honduras, the Dominican Republic and Mexico. Like the previous releases, it features an unfinished foot and is packaged in boxes designed to mimic American Chinese takeout food. 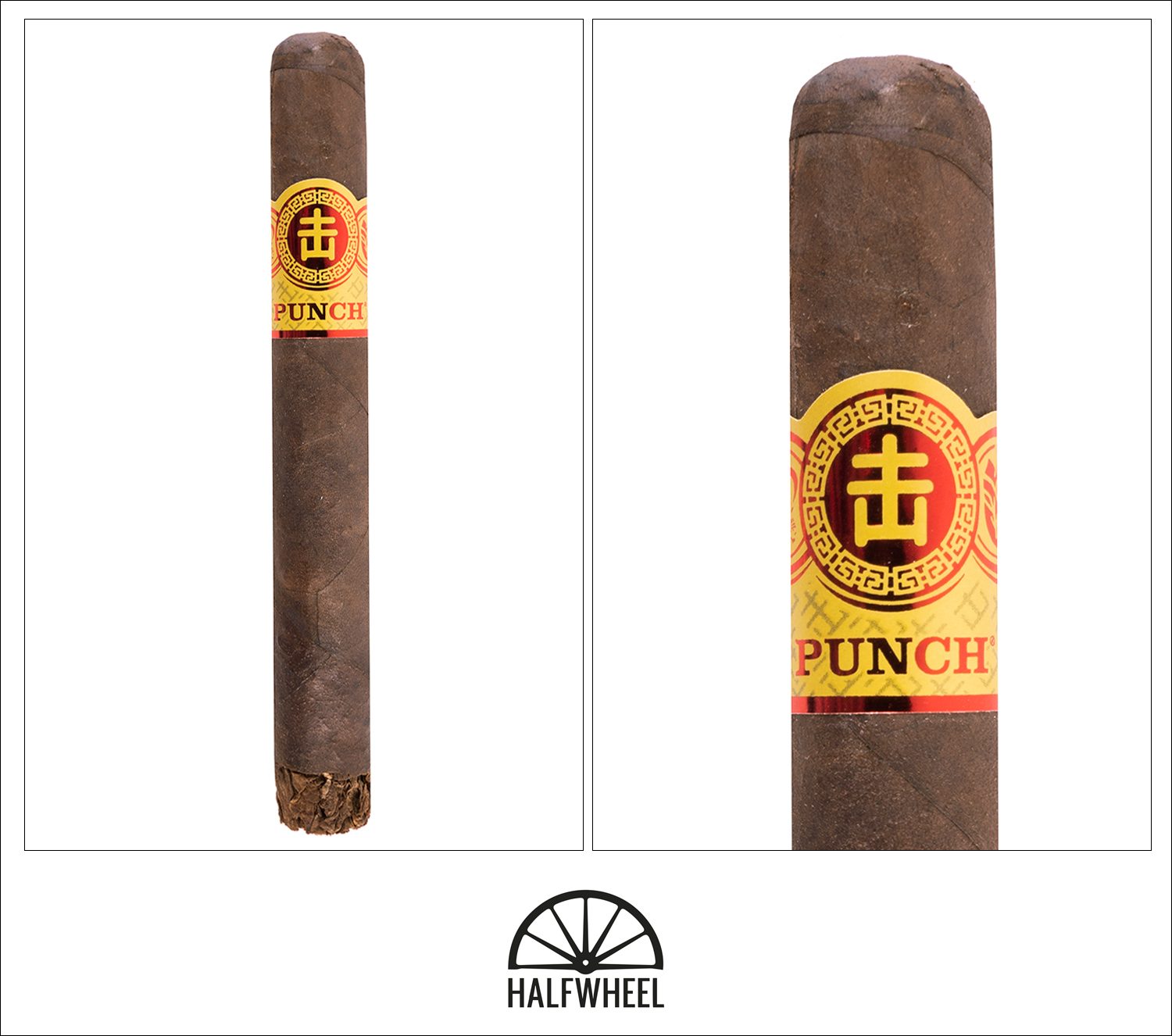 The first thing I notice is the unfinished foot, which fortunately isn’t leaking any small bits of tobacco. Elsewhere, the cigar seems like it was rolled pretty well. I must say, I like this version of the band better than the other ones used before. The aroma from the wrapper is medium-plus with barnyard over dark chocolate, leather and earthiness. There’s this weird aroma that reminds me of the smell of new industrial carpeting being installed. I’m not sure that’s exactly the sensation, but that’s what comes to mind. Whatever the case, it’s not the most appetizing of smells and it’s not something I can ever recall another cigar smelling like. The foot is a bit stronger with notes of sweet milk chocolate, red pepper, white pepper and a bit of that carpet smell. While the cold draws are medium-full, the flavors themselves are a bit muted. I get notes of milk chocolate, blueberry and earthiness but all of them seem a bit watered-down behind what’s otherwise a generic tobacco sensation.

Compared to cigars with a more pronounced brushed foot, lighting the unfinished foot of the Kung Pow! is a breeze. That being said, I do take a bit more time to make sure the cigar is fully lit. Once that’s done, the first flavors I pick up are earthiness, wet mud, sourdough bread, a sugary sweetness, creaminess, and some minerality. The first half dozen puffs seem to be a constant rearranging of the flavors, but after that, the cigars finds its groove. I do notice that the cigar is a bit earthier through the unfinished foot part, though I’m not sure how much of that is due to the introduction of the wrapper versus any number of other varietals. Whatever the case, the Punch Kung Pow! settles on a mixture of a terroir-like earthiness, coffee, mineral flavors and some sunflower seeds. It finishes with lots of black pepper joined by sourdough bread, earthiness, leather and a bit of a fresh mud sensation. Retrohales aren’t as potent as the main flavor, though I pick up a lot of meatiness, a vibrant bread flavor and some walnuts. Those retrohales finish toastier with white pepper, black pepper and more of the terroir flavors. Flavor is full, body is medium-plus and strength is medium. Construction is fantastic. 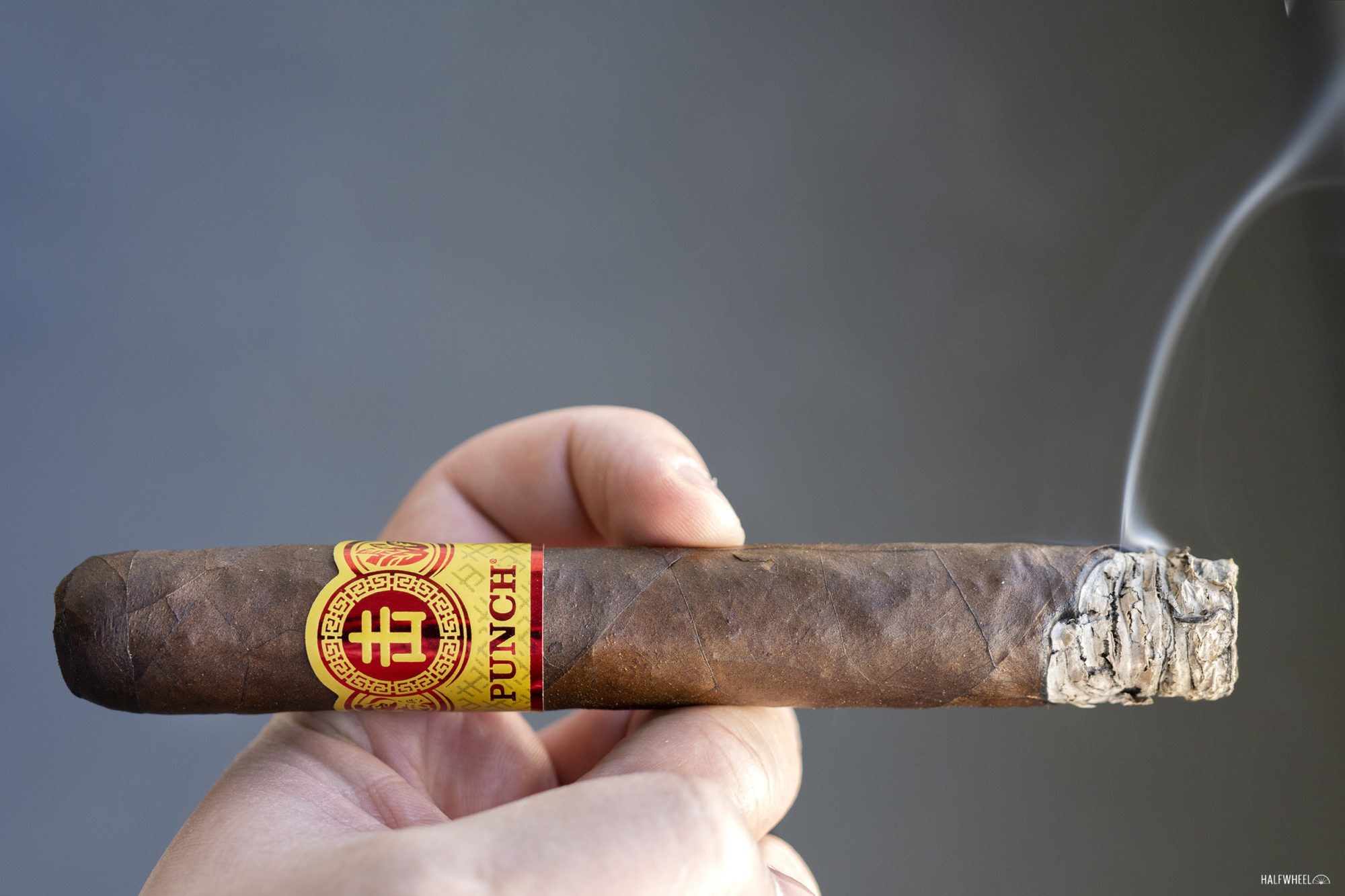 At one point, I think that the building nuttiness might be able to take over as the strongest flavor from the variety of earthy sensations that have defined the Punch from the start, but it’s not to be. While it certainly makes a charge towards the top, it sputters out and takes a clear role as a secondary flavor. After that, there’s black pepper and a new roasted corn flavor, the latter of which is quite enjoyable. The finish really shows what the Punch Kung Pow! wants to deliver: earthiness. There’s generic earthiness, mineral flavors, muddy sensations—all of which just produce this vibrant terroir sensation. Additionally, I find some hay and a fading nuttiness; there’s white pepper on the tongue, while black pepper lingers elsewhere. Retrohales have a more generic earthiness, bread crust, sunflower seeds, hay and a bit of white pepper. It seems to be a bit of addition by way of subtraction for the retrohale’s finish: earthiness, white pepper and a hint of citrus. Flavor is pretty close to full, body is medium-plus and strength remains medium. Construction continues to be excellent on all three cigars. 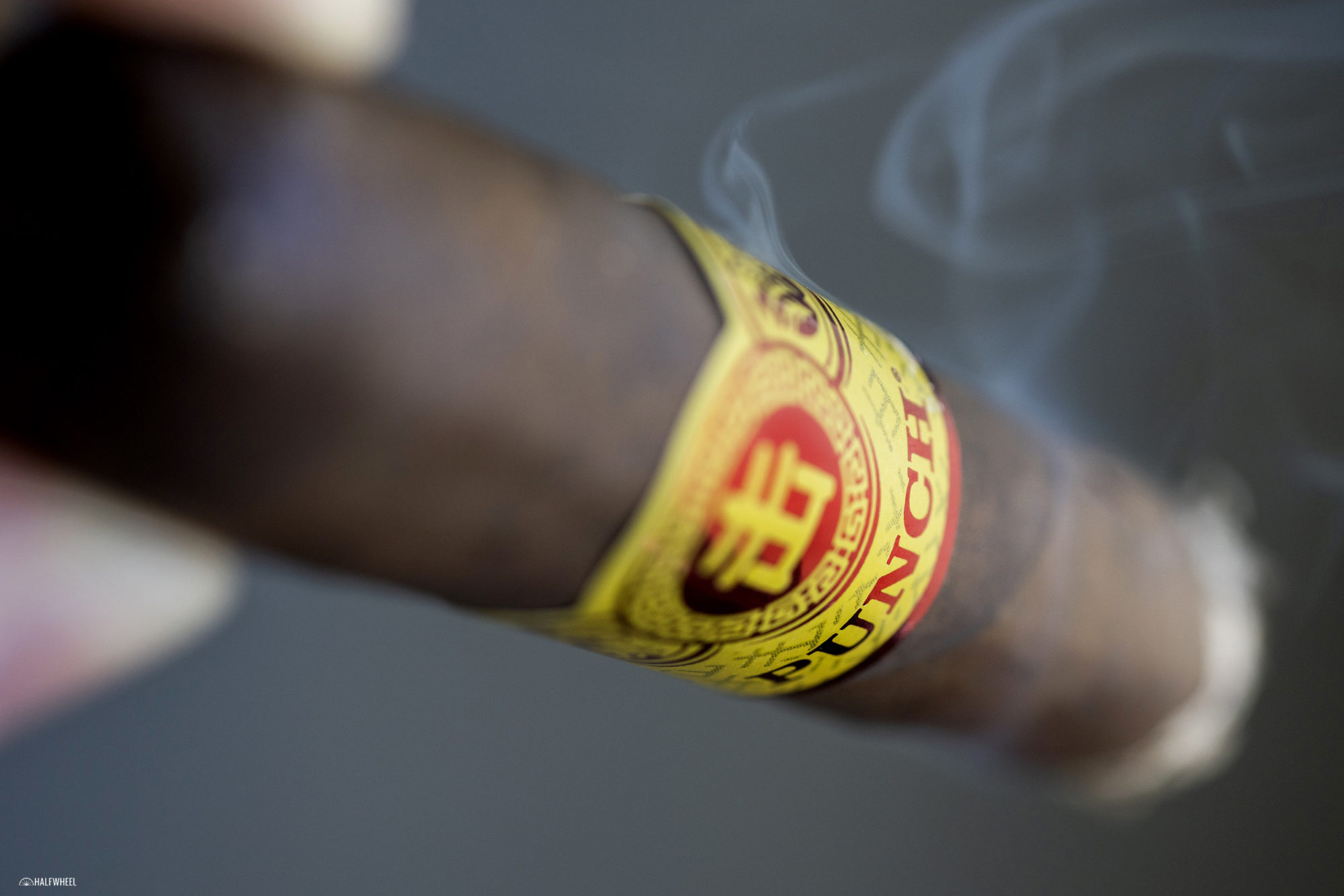 While the individual flavors don’t change much in the final third, the profile gets much crisper. The array of earthiness continues to lead the Punch Kung Pow!, though the mineral flavors have decreased. Beyond those flavors, there’s something that reminds me of potato crisps and some nuttiness. It finishes with the familiar bouquet of earthy flavors, joined by some white pepper. Retrohales have this weird herbal flavor that takes me a handful of puffs to identify. The closest thing I can think of is that it reminds me of a very mild Shishito pepper. In addition, I find earthiness and nuttiness, the latter of which is still a secondary flavor. The finish of the retrohales isn’t as vibrant as the other parts of the profile, though it’s the first time that the nuttiness seems to overtake the earthiness. The Shishito pepper-like flavor sticks around through the finish, but I still feel like the finish could use some more intensity. Flavor is medium-full, body is medium-full and strength is medium-plus. From start to finish, each cigar had fantastic construction. Underneath all the gimmicks, the Punch Kung Pow! is about as solid of a cigar as one can be. It’s not the most complex, it’s not the most interesting, it’s not the best—but there’s nothing wrong with it and there’s a lot to like. To me, the construction is the most impressive part, a technically flawless cigar in that regard. I wish there was a bit more sweetness to contrast some of the other flavors and bring out more complexity, but perhaps that just wasn’t meant to be here. Out of the three releases in this series so far, this is my favorite, with the Egg Roll a pretty close second.