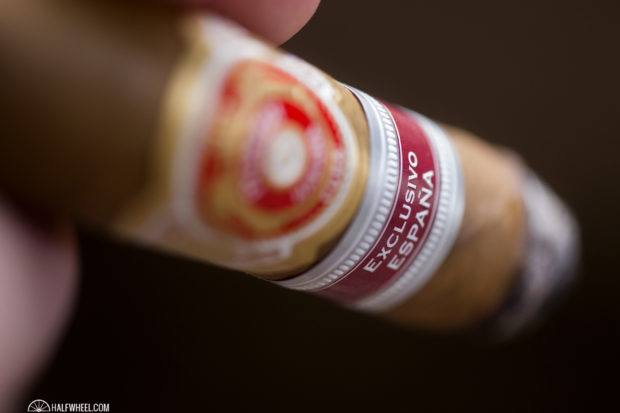 The year 2009 was a monster year for Habanos S.A.’s Edición Regional series, with a total of 23 different cigars announced or released, the second most in the program’s history so far. Six of those cigars were released under the Punch marca, one of which was the Gran Robusto, a 6 1/8 x 50 vitola made for the country of Spain.

If you know nothing of the Edición Regionals program, these two paragraphs explain the series in a nutshell:

In terms of release numbers, there were 80,000 of the Punch Gran Robusto packaged in boxes of 10 produced, and although it was scheduled to be released in 2009, the cigars were not actually available for sale into early 2010. 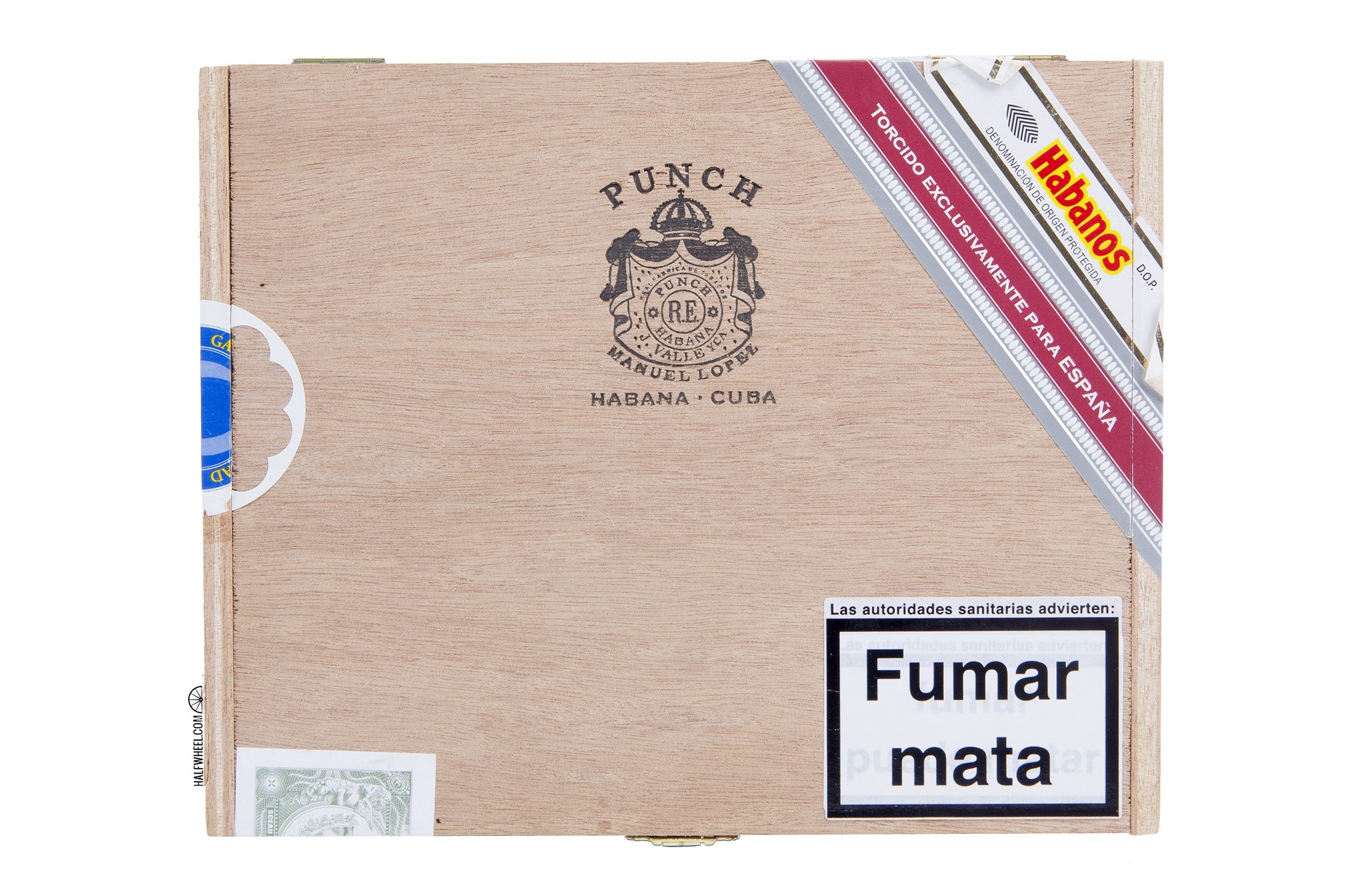 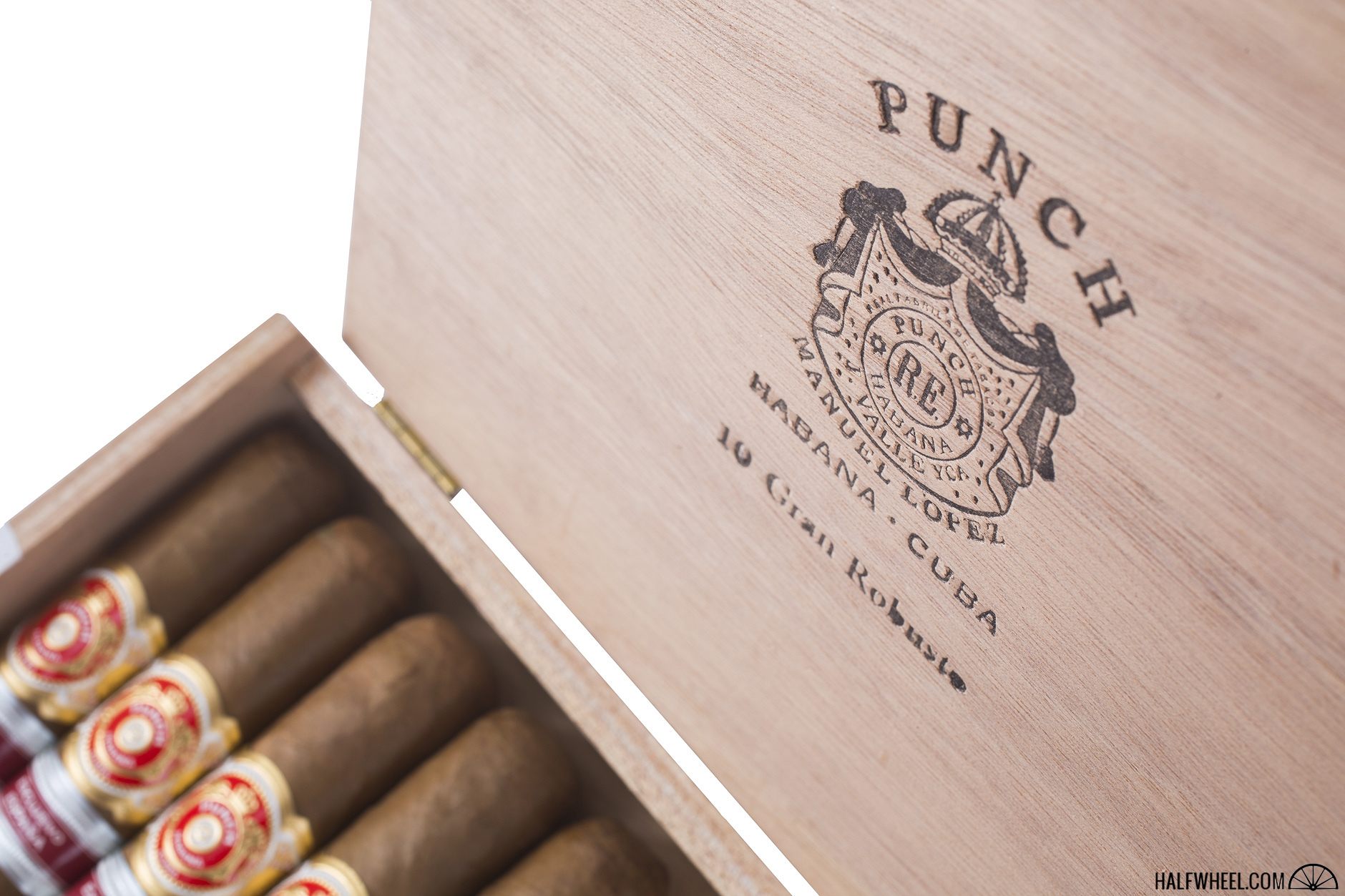 The six different Punch regionals were: 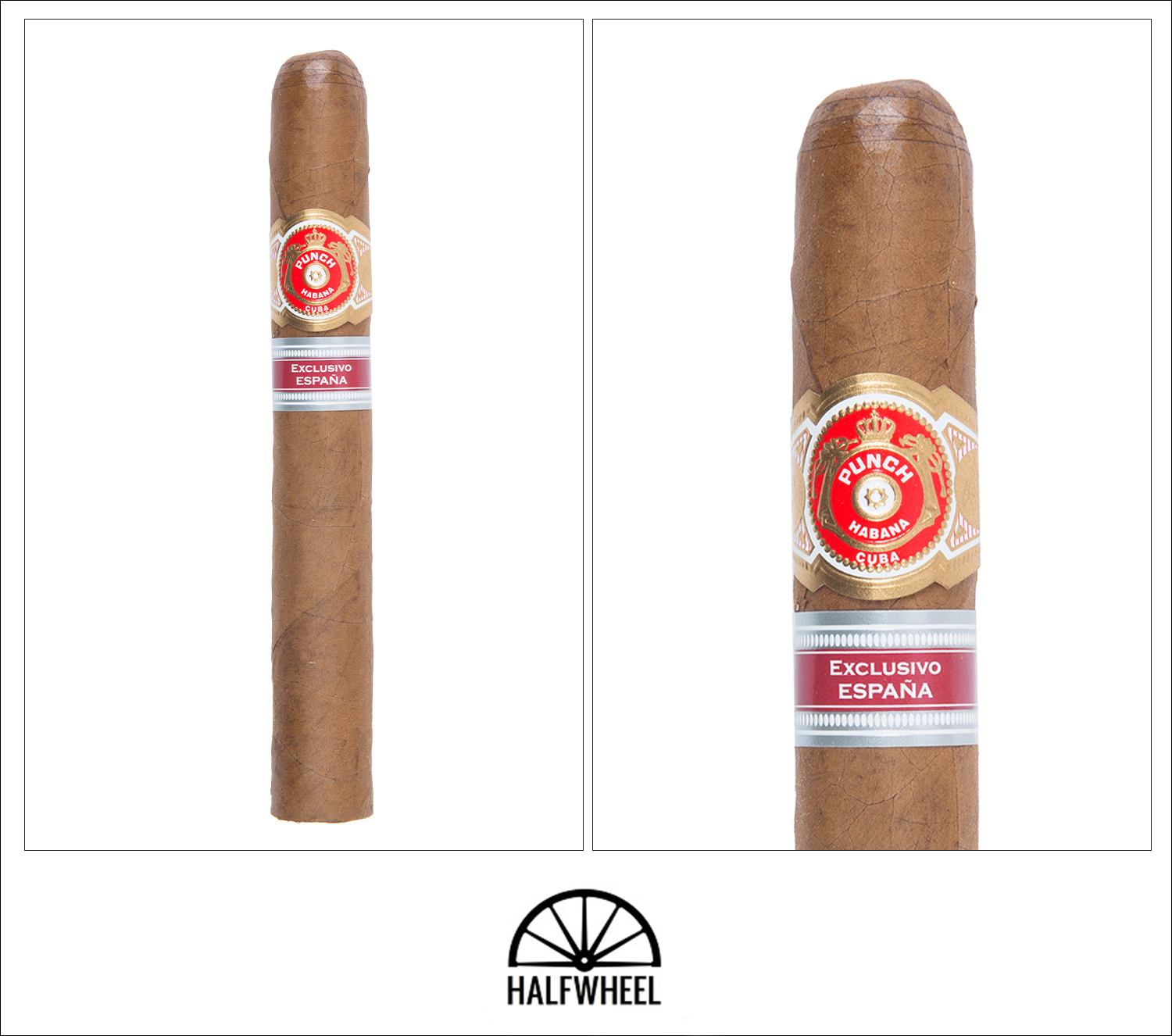 The Punch Gran Robusto is covered in a gorgeous medium brown wrapper that is quite rough to the touch, reminding me of parchment. While there is virtually no oil visible on the wrapper, there is an abundance of prominent veins running up and down the length of the cigar. Aroma from the wrapper is a combination of strong barnyard, manure, grass, dark chocolate and cedar, while the cold draw brings flavors of sweet cedar, cinnamon, barnyard, dank earth, cocoa and hay.

Starting out the first third, the Punch Gran Robusto features a multitude of flavors, including a dominant combination of creamy oak and hay, followed by notes of dark chocolate, cinnamon, anise, leather and a touch of orange citrus. There is some noticeable white pepper on the retrohale and I taste some faint sweetness that reminds me of mocha coffee on the finish. Construction-wise, the draw is a bit open for my tastes after a v-cut—albeit well within normal limits—but the burn is excellent so far, and there is plenty of smoke production emanating from the foot. In terms of strength, the Gran Robusto starts out fairly light and fails to come close to the medium mark by the end of the first third, but it is obviously still increasing. 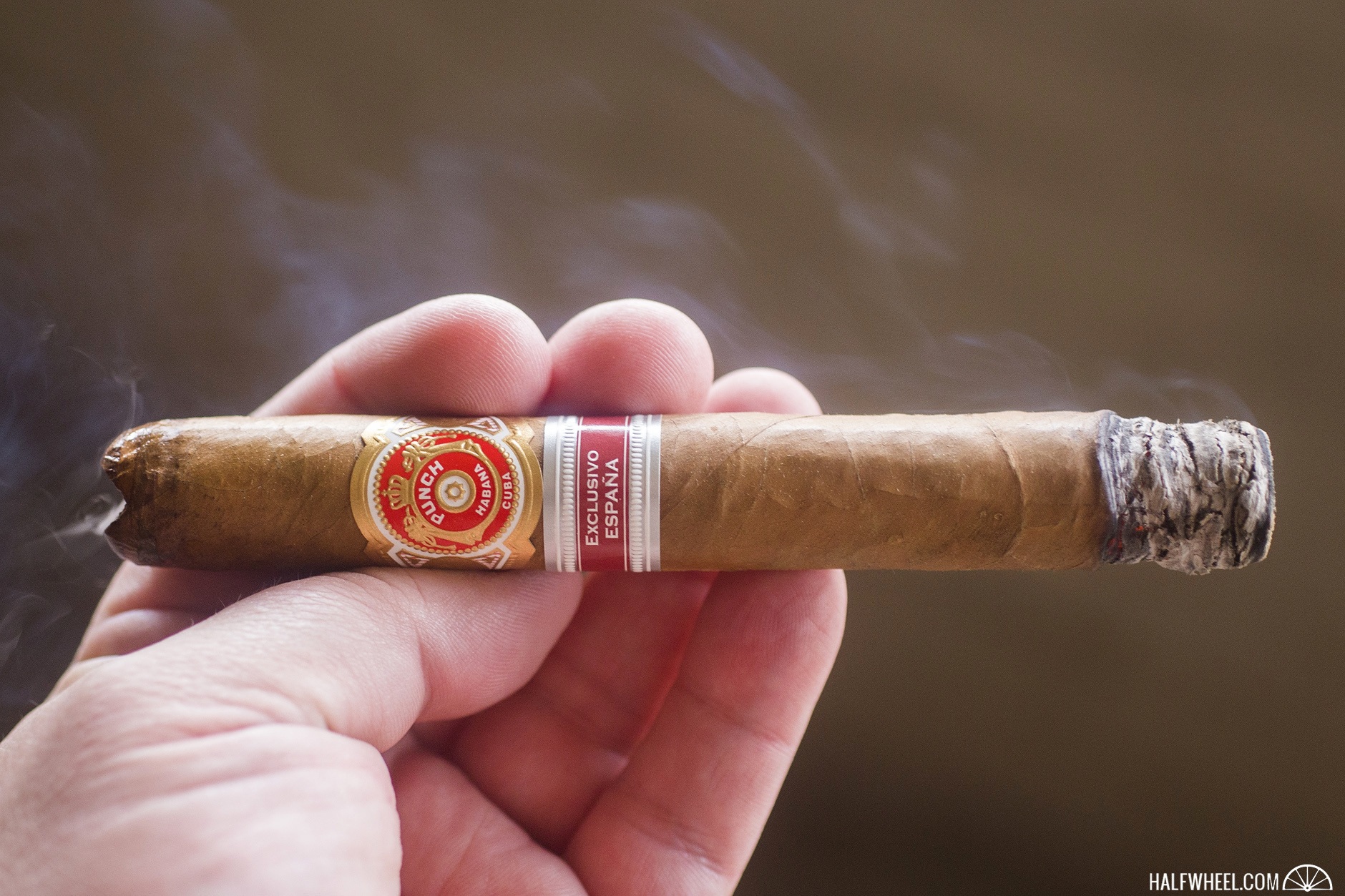 The mocha coffee sweetness begins to change in the second third of the Punch Gran Robusto, morphing into a great vanilla sweetness fully by the halfway point. The dominant flavors remain the same creamy oak and hay combination, but I also taste some salt on my lips that really bumps up the overall complexity of the profile. In addition, other notes of cinnamon, leather, peanuts, dark cocoa, gritty earth, barnyard and a touch of floral flit in and out. While the white pepper on the retrohale increases slightly, the orange citrus completely disappears by the halfway point. The draw is still a bit loose for my tastes, and the burn continues to impress, while the smoke production remains high. Strength-wise, the Gran Robusto easily hits the medium mark just past the halfway point, but stalls there until the end of the second third. 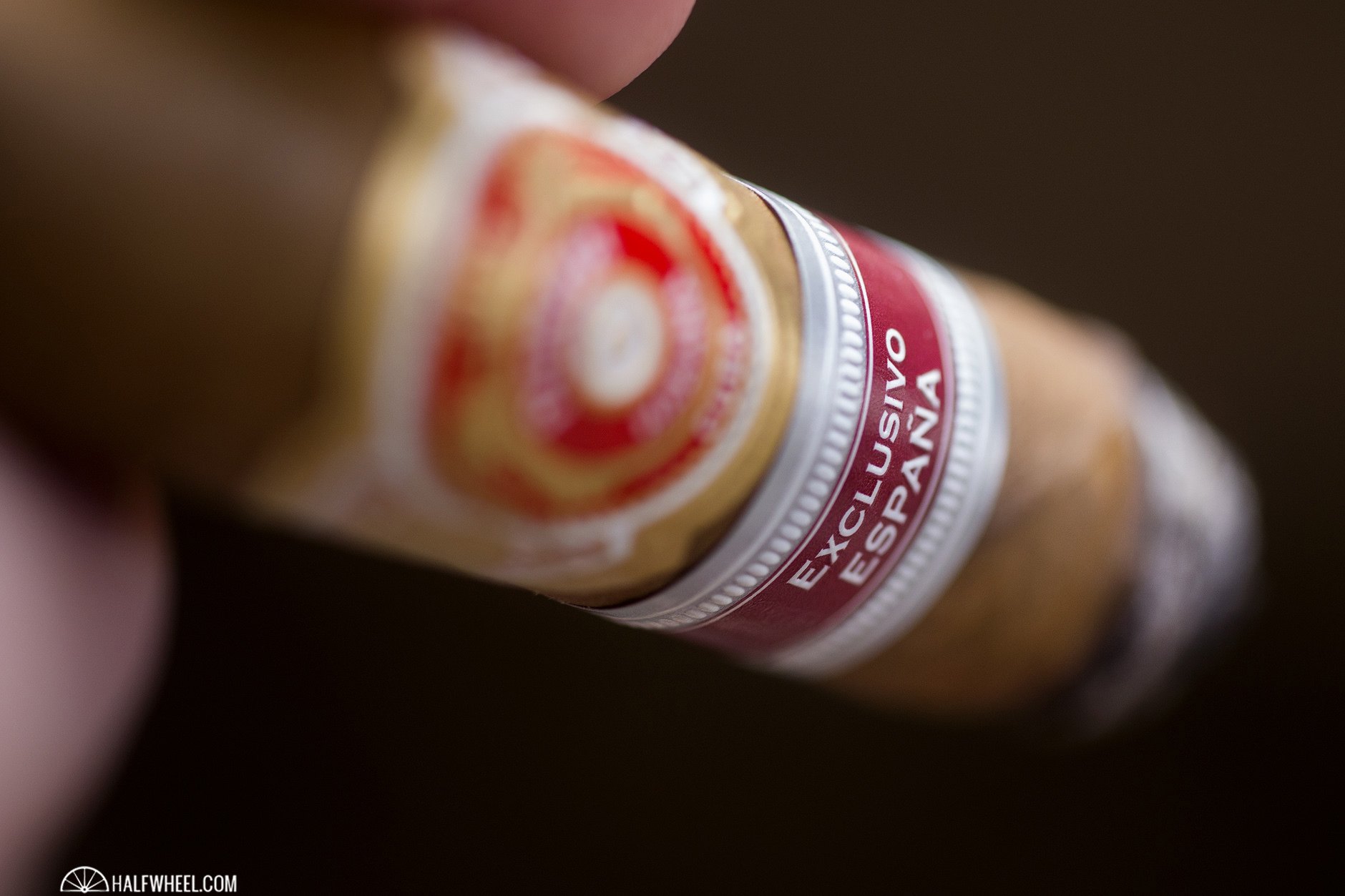 While the creamy oak flavor continues to be dominant, the hay note from the first two thirds has receded significantly, replaced by a stronger flavor espresso beans. Other flavors of grass, cinnamon, floral, leather, earth and slight citrus fight for space, although none come close to the strength of the dominant flavors. The vanilla sweetness continues to shine on the finish and the white pepper on the retohale has remained steady. The draw continues to be a bit loose, but the burn becomes problematic enough that I am forced to touch it up, and the strength ends up just north of the halfway point. However, the flavors in the profile seem to hit a cliff about halfway through the final third, becoming more muddy and less distinct and throwing off the balance, leading me to put the nub down a bit earlier than I wanted to with more than an inch left to go. 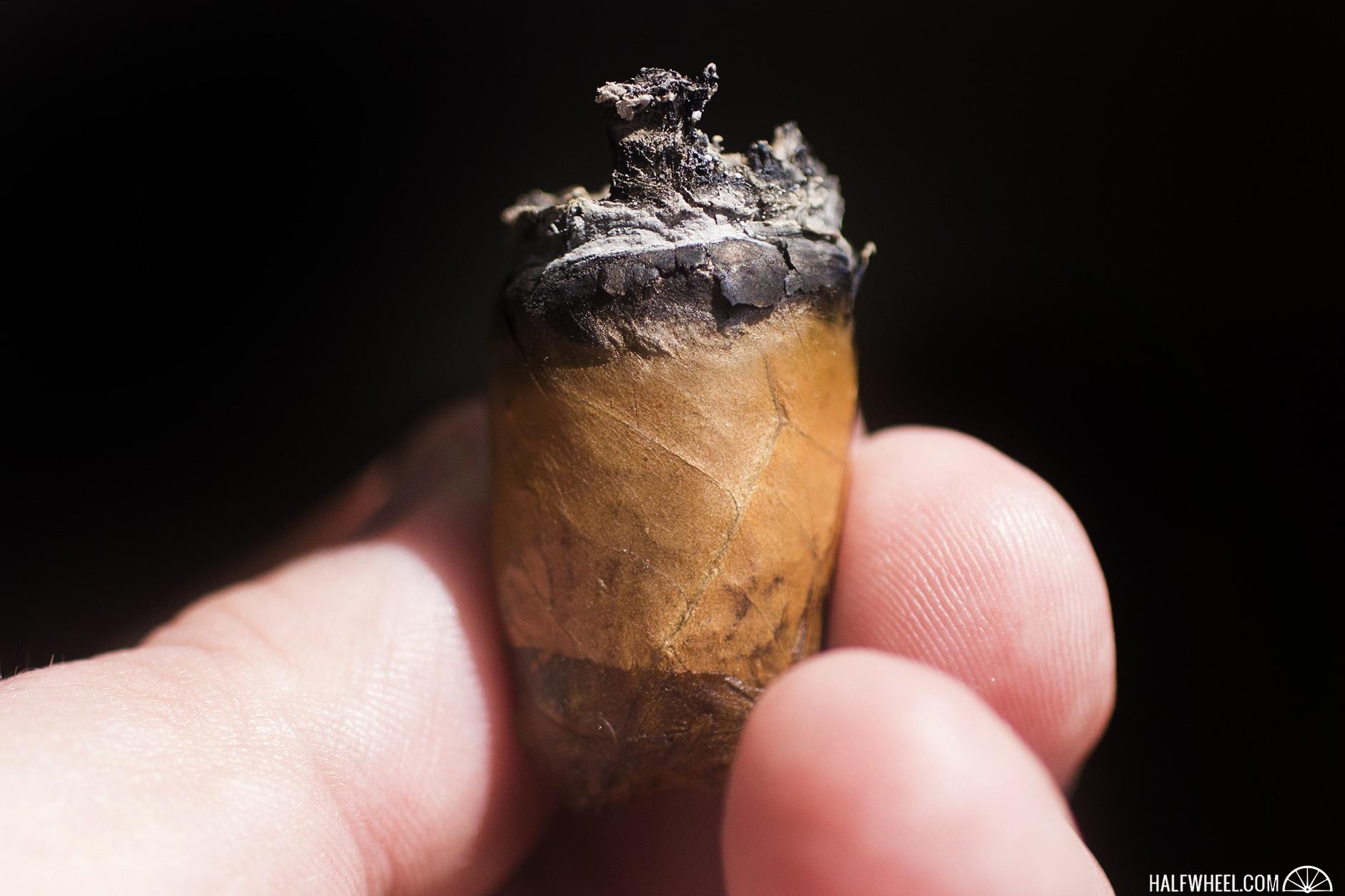 The Punch marca has never been a go-to for me in terms of Cuban cigars, especially when talking about the Edición Regionals, but the Punch Gran Robusto España 2009 may make me reevaluate that. Complex, nuanced and almost perfectly balanced for most of the cigar, the Punch also features a great amount of both mocha coffee and vanilla sweetness, and a wonderful creaminess throughout the profile. Yes, the profile fell apart near the end, but it was late enough that it be easy to put the cigar down before that happened in future samples, meaning I would not have to experience any of the downturn. Sadly, I never smoked this particular cigar fresh, but I can tell you that it is smoking wonderfully now and is well worth the effort to track down and try for yourself.