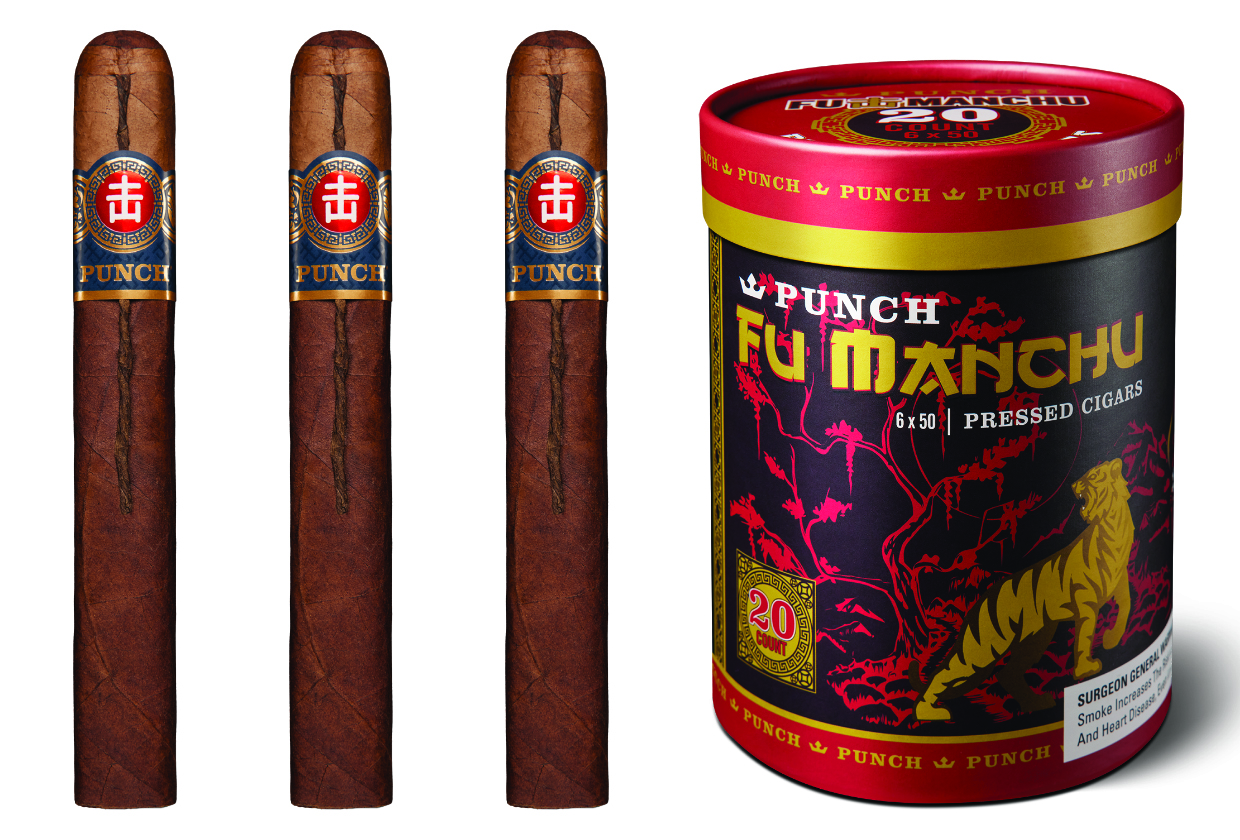 General Cigar Co. is celebrating the Year of the Tiger with the Punch Fu Manchu, the fourth installment in its series of cigars that draw on Asian foods and other themes in celebration of Lunar New Year.

It is a 6 x 50 box-pressed toro that uses a Honduran habano wrapper, Indonesian binder, and fillers from the Dominican Republic, Nicaragua and Mexico, which the company says results in a rich, toasty and nutty profile that is complemented by a building, natural sweetness. The Punch Fu Manchu also gets an extended pigtail that runs down the front of the cigar, designed to be reminiscent of the long braid of hair worn by the Dr. Fu Manchu character.

It is produced at STG Danlí, with production limited to 6,400 boxes of 20 cigars, a total run of 128,000 cigars, each of which has an MSRP of $5.99. Instead of traditional boxes, the cigars are being placed into packaging designed to look like a takeout-style soup container that has graphics acknowledging the Year of the Tiger. The distinctive packaging that draws on take-out food packaging has been a staple of the series since its debut.

“Punch is keeping its Chinese New Year tradition alive,” said Ed Lahmann, senior brand manager of Punch and the creator of the Fu Manchu, via a press release. “For the 2022 release, we went old school, replicating a maniacal kung fu master’s white hair and long goatee with a blonde cap and extended pigtail. Whether you’re watching Kung Fu Theatre or karate kicking back with friends, Fu Manchu breaks bricks on both flavor and price.”

The Dr. Fu Manchu character is the creation of English author Sax Rohmer, with his first appearance coming in 1913 by way of the book The Mystery of Dr. Fu-Manchu. The character would go onto appear in more than 20 books, as well as movies, television, music and comic books. He is generally described as a supervillain, evil criminal genius and mad scientist, and became recognizable for his distinctive mustache that became synonymous with his name. The character has been portrayed by several notable actors over the years, including Boris Karloff, Peter Sellers and Nicolas Cage.

Punch debuted this series in 2019, and has released a new cigar every year since. While the cigars share similar band designs, the blends are all unique: 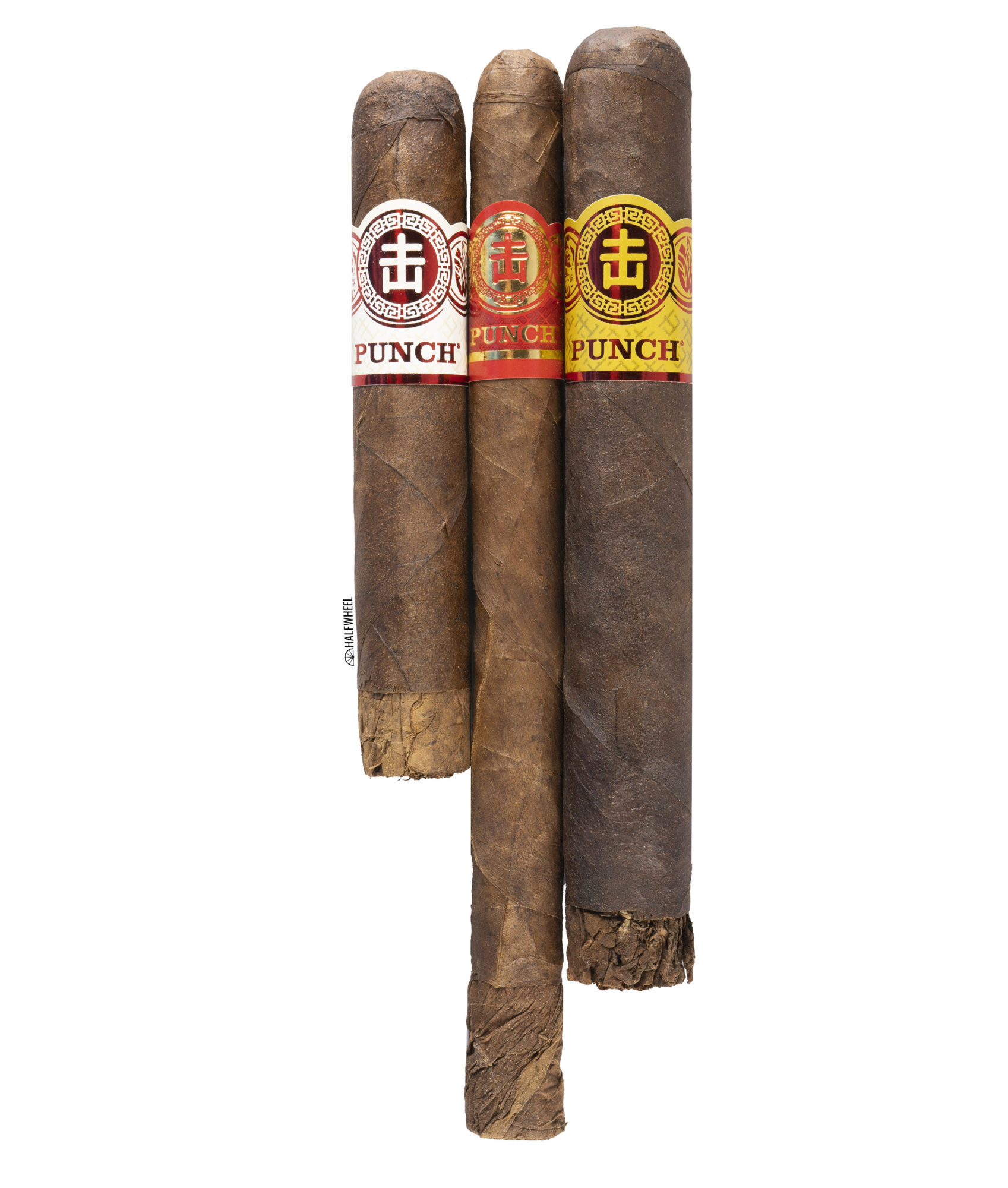 In September 2021, General Cigar Co. released the Punch Bento Box, a sampler that contained a total of 42 cigars: 20 of the Egg Roll, 12 of the Chop Suey and 10 of the Kung Pow! The cigars for that release were not from the original production, however, as they were rolled specifically for the sampler.