If you’ve ever ordered Chinese take-out, you’ve got a pretty good idea where General Cigar Co. got the inspiration for its latest addition to its Punch brand, the Punch Egg Roll.

This limited edition 4 1/2 x 50 Rothschild vitola comes with a shaggy, unwrapped foot that is supposed to mimic the cabbage texture you get when biting into an actual egg roll, the company said when announcing the cigar. Fear not, there is no cabbage in the actual cigar, as the fillers from Colombia, the Dominican Republic, Mexico and the United States, while the binder is an Ecuadorian Sumatra leaf and the wrapper is Connecticut broadleaf.

Fittingly, the cigars come in 25-count packaging designed to look like a Chinese food take-out container. The cigars wear a band that sports a new design for the brand and features a fortune on the back side. 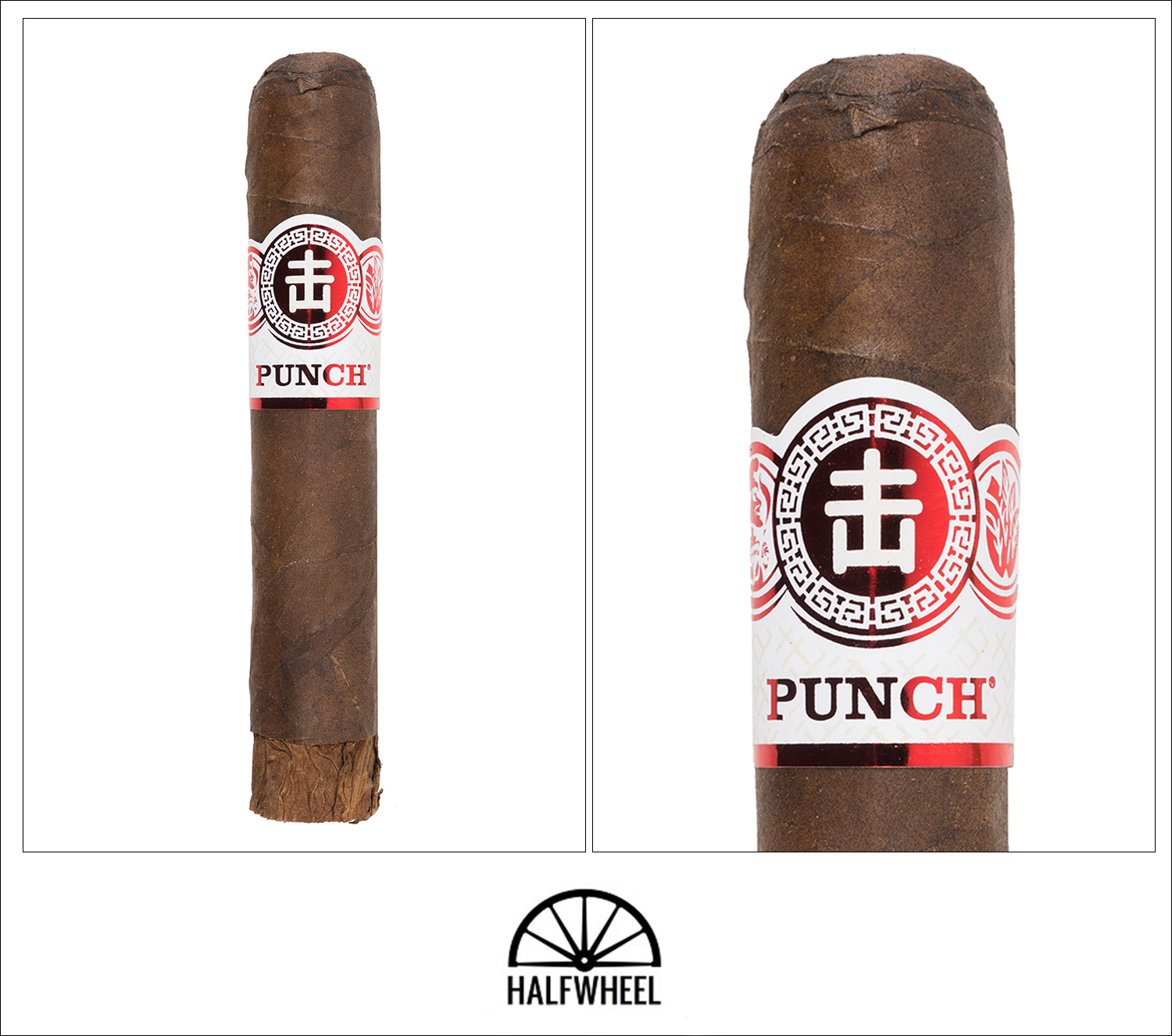 If there’s one brand I probably wouldn’t expect to see lean on a quasi-Chinese aesthetic, it would be Punch. The bands have a shiny metallic red that is definitely eye-catching, almost a bit much for the dark brown shade of the wrapper. The cover leaf has a fair number of veins but that doesn’t stop the cigar from being rolled well with flat seams and just a bit of give. The caps are also fairly well applied, and the construction of the shaggy foot has a very evenly cut edge of the wrapper. I can’t say I get much in the way of distinct smells off the foot of the Punch Egg Roll; there’s a bit of sweetness and a very light vegetal note, but unless I try and force something—which is where I get a dry tobacco smell, shockingly—it’s pretty mild. The cold draw is a bit more telling as air moves decently through it, carrying a bit of sweet cream and peanut, but without much in the way of pepper.

The unwrapped foot of the cigar burns fairly quickly while delivering a medium-body flavor profile that doesn’t have a well-defined set of flavors but rather is dominated by a tobacco-forward note until the wrapper comes along, an event on which I’m focusing a bit more than normal during cigar reviews. When that happens, the profile gets a few ticks fuller and adds in a distinct pepper note that helps give the flavor some pointed character. A retrohale taken while smoking the unwrapped foot reveals a good bit of black pepper, and another taken not long after the first clump of ash falls off shows just how much the profile has evolved, as there’s now more black pepper, rich earth and some blackberry sweetness to be found through the nose. The burn line moves quickly through this opening third, and by the time the addition of the wrapper can be fully processed and appreciated, the second third of the cigar—and the eventual meeting of band and burn line—seem to be upon me. 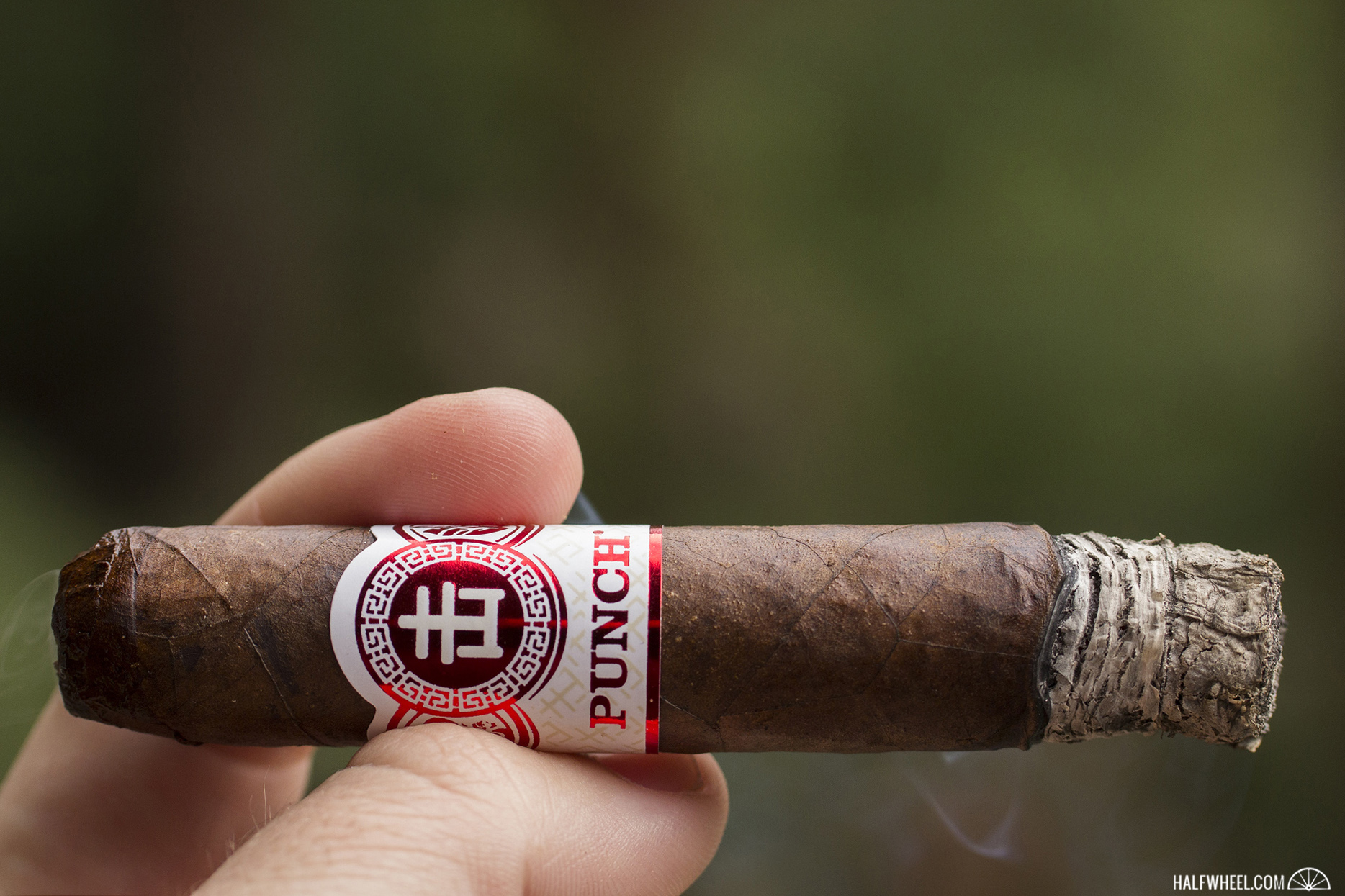 The Punch Egg Roll’s second third sees a bit more pepper through the nose, enough that I’m contemplating calling this a full-bodied cigar, though how the smoke hits the palate has a bit of catching up to do before the description is completely appropriate, and it’s not quite an even level of strength among the three samples. There are beginning to be some subtle hints of dry wood in the profile, but they stay fairly restrained and don’t move the profile too much. There is some of the signature broadleaf flavor in the mix but there’s not as much sweetness as I would expect, but the first half of the cigar is quite flavorful and enjoyable nonetheless. Heading into its second half, the cigar picks up a bit more of a robust flavor, not a drastic change but an appreciable one that slightly shifts things from where they had been previously. The smoke picks up a much smokier taste and aroma as the burn line approaches the final third, smelling somewhere between a charcoal grill and a campfire depending on the sample. The technical performance has been near stellar, with no issues as far as combustion, smoke production or the burn line. 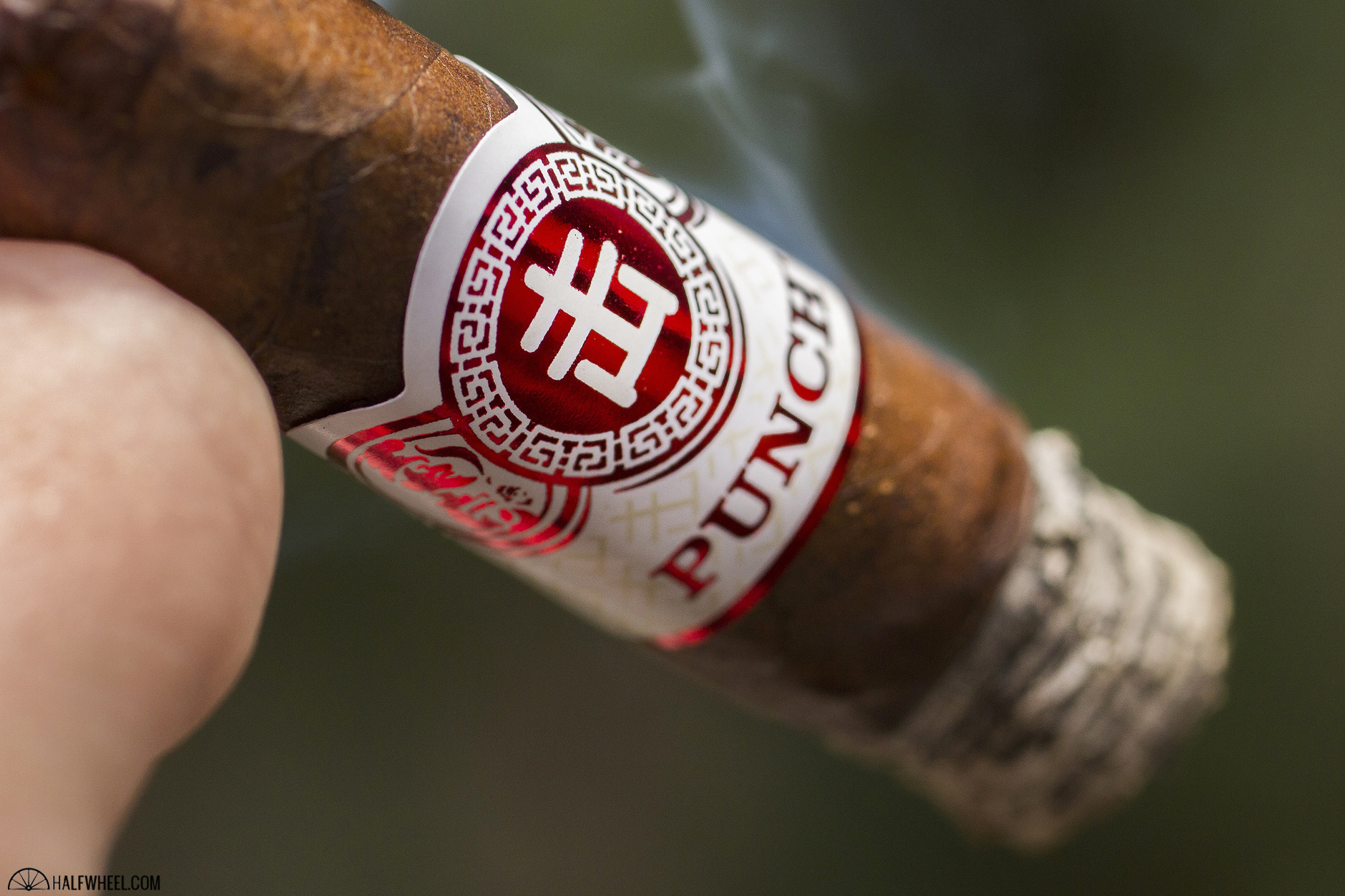 The smokiness stays in the profile as the Punch Egg Roll enters its final third, but it’s now much more attached to what’s left of the woodiness seemingly picking a side in the debate I was having earlier as to what I was tasting earlier, although there is a newly developed meatiness emerging. While the black pepper in the profile feels to be focusing more on the front of the tongue and the lips well, shifting the bulk of the physical sensation towards those areas, a bit of white pepper comes in as well to add complexity and a different flavor and physical sensation. One sample has a bit more of a mineral character to go with this, drawing on some of the earthiness that has been a component of the cigar since the start. The final bite—err, puff—of the Punch Egg Roll comes just about 50 minutes after the cigar was lit, a relatively quick smoking experience, with the burn line still sharp, the draw still very good and the smoke production decent if not overwhelming, with the smoke both a bit dryer and drying on the front half of the tongue and the lips. 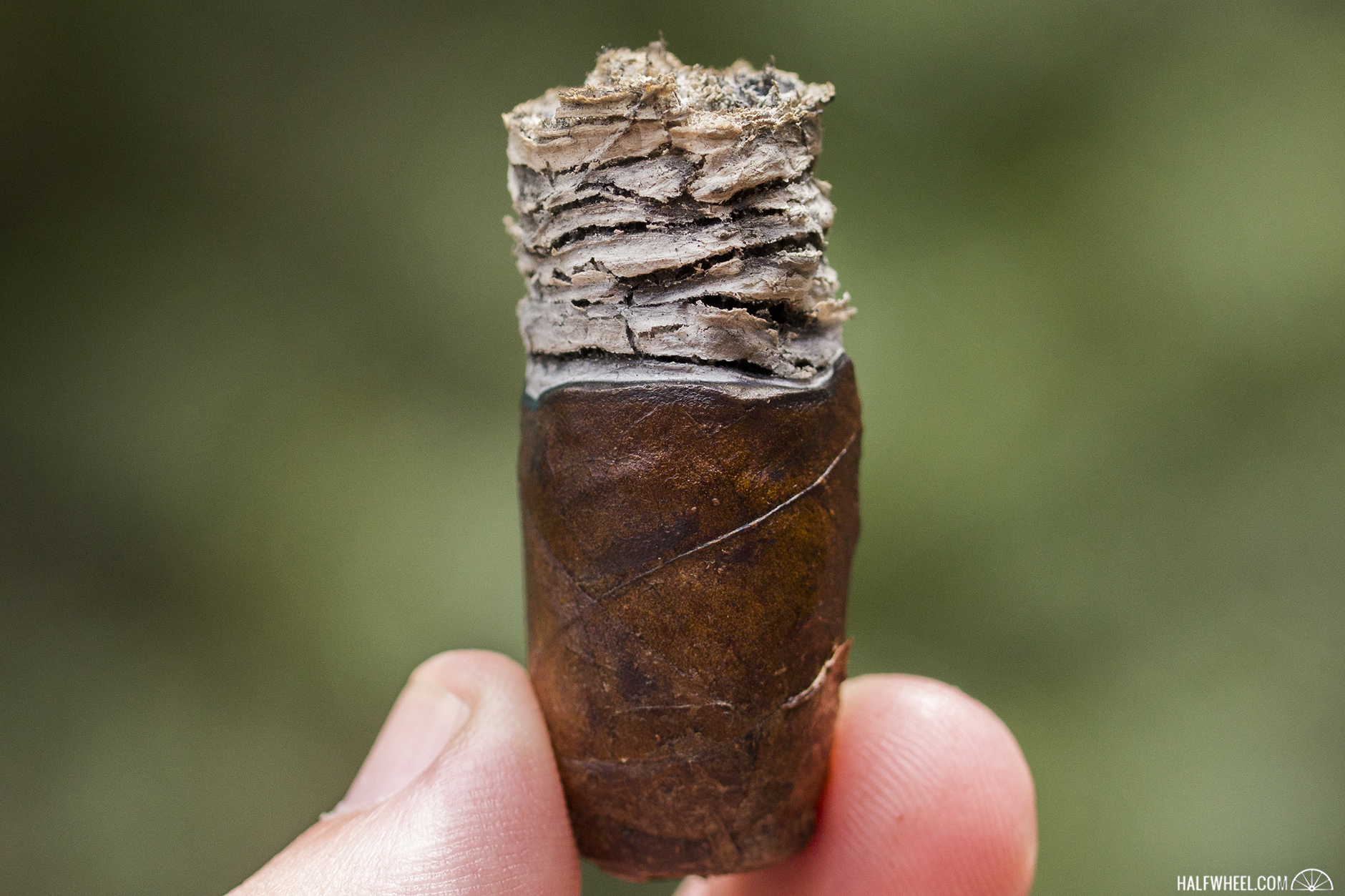 While this could be dismissed as a gimmick cigar, I found it to be anything but. The flavors are rich, developed and balanced, the construction is excellent and the overall experience of each of the three cigars far exceeded my expectations. While we don't take price into account in reviews, the fact that this has an MSRP of $3.99 is even more impressive, as I've smoked cigars with zeros after that amount that don't match what the Punch Egg Roll delivers. For a medium-full bodied cigar that takes just under an hour to smoke, this is a fantastic option, and one I have no hesitation to encourage checking out.