In 2011, Habanos S.A. released a total of 25 different Edición Regional cigars, a number that has yet to be matched within any year before or since.

Four of those Edición Regionals were produced in the Punch marca for different countries:

The Punch Descobridores was the third release for Portugal, following the Vegas Robaina Petit Robusto in 2008 and the Ramón Allones Lusitanos in 2010. They are available for one to two years, after which time the cigar can be added to the line’s current production range. The vitolas used for Edición Regional releases must be selected from current production vitolas, but ones that are not already used by that line.
In addition, recent changes, as noted by Trevor Leask of CubanCigarWebsite.com, have included a lifespan of 12 months with release dates generally in August, September and October. While some regions have received multiple releases in a calendar year, it has been reported that starting in 2012 Edición Regional releases will be limited to one per distributor. Visually, the Punch Descobridores is covered in a light mocha brown wrapper that is fairly smooth to the touch, albeit without any oil present. There are plenty of obvious veins running up and down the length of the cigar—although none are particularly distracting—and it has some nice give to it when it is squeezed. Aroma from the wrapper is a combination of manure, cardamon, oak, leather, earth and barnyard, while the cold draw brings flavors of distinct cinnamon, creamy oak, baker’s spices, dark chocolate, white pepper and slight spice on my tongue.

Starting out the first third, the Punch Descobridores features an overtly creamy profile, dominated by the aforementioned creaminess, leather and peanuts, followed by notes of milk chocolate, hay, cocoa powder, yeast and oak. There is a wonderful sweetness on the retrohale that reminds me strongly of marzipan, along with some noticeable white pepper, both of which seem to be getting stronger as the first third continues. Both the burn and draw are excellent so far, while the smoke production is both dense and copious off of the foot. The overall strength starts out firmly in between the mild and medium range, but as the first third comes to an end, it is obvious that it will be increasing. The marzipan sweetness in the Punch shifts noticeably in the second third, morphing into a distinct caramel flavor that combines nicely with the dominant flavors of both creamy almonds and earth. Other notes of hay, oak, anise, dark chocolate and baker’s spices flit in and out and there is is a very slight touch of citrus every once in a while as well. The white pepper on the retrohale has increased noticeably from the first third, and I am also picking up some slight spice on my tongue, although it does seem to be strong enough to stick around vey long. Constriction-wise, the burn is not close to razor sharp, but it is not bad enough to need touching up yet, while the draw is still giving me my ideal amount of resistance. In addition, the strength has increased enough to come close to the medium mark, but the second third ends before it reaches that point. 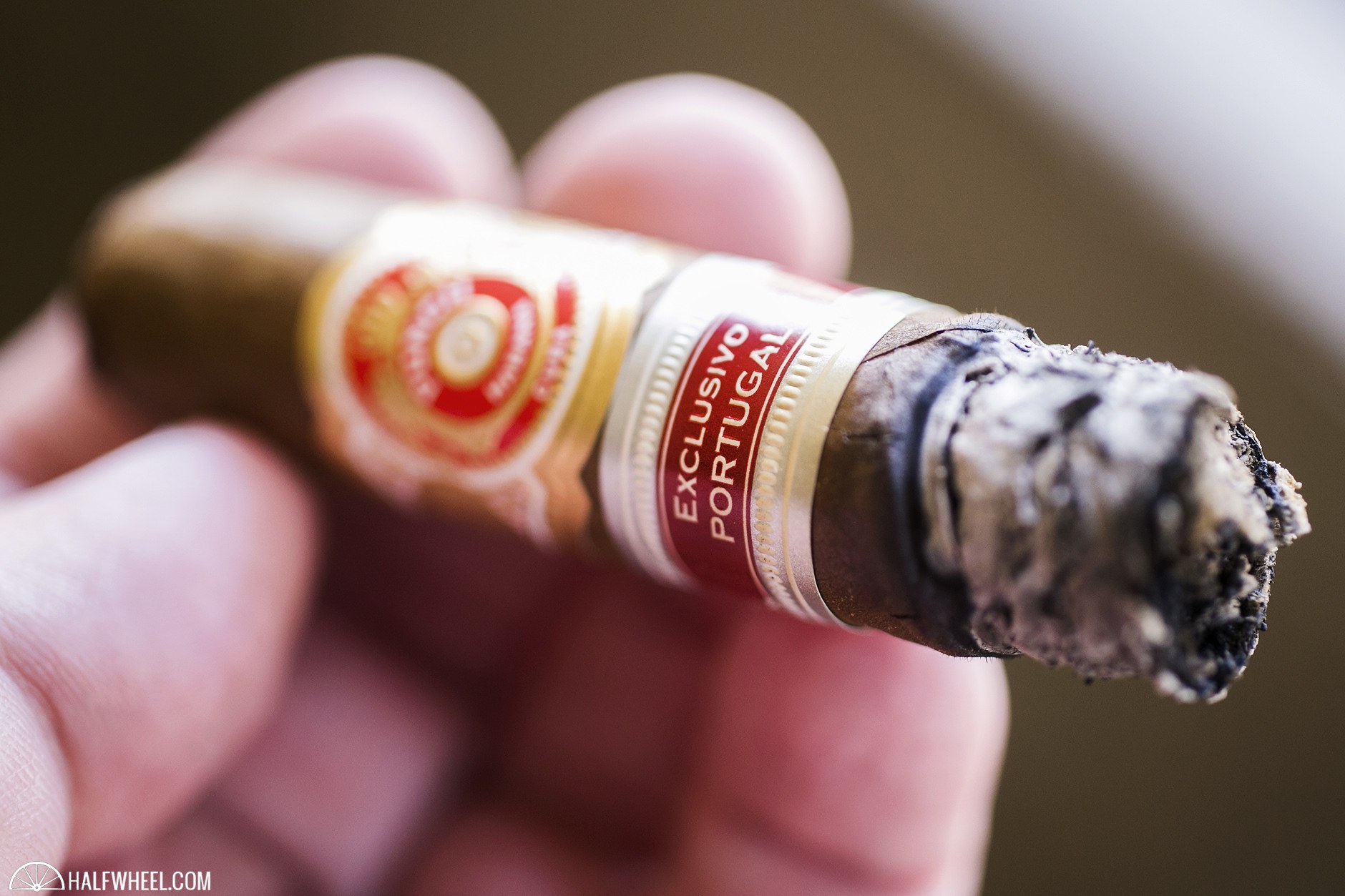 Coming into the final third and the Punch Descobridores shifts to a totally different combination of dominant flavors—namely leather and hay—followed closely by notes of dark cocoa, espresso beans, citrus, cedar and yeast. The sweetness on the retrohale also sees a shift for the third time, reminding me strongly of bananas, while the white pepper note is down significantly from its high point in the second third. The draw continues to impress, but the burn gets enough out of hand that I have to touch it up, while the smoke production is a bit reduced. Strength-wise, the Descobridores does finally hit a solid medium right before I put the nub down with less than an inch to go, but never threatened to go any further. These days it is rare that I want a cigar to be bigger, but that is definitely the case with the Punch Descobridores. After six years of rest, the profile is both complex and balanced, with an almost shocking amount of sweetness that shifts from three times throughout the smoke: from marzipan in the first third, to caramel in the second and bananas in the final third. The Descobridores is a joy to smoke and I am already on the look out for more.