In recent years, there’s been a growing number of manufacturers releasing cigars based on the Chinese Zodiac calendar, which is best known for naming each year Year of the ____, something many Americans have probably seen on placemats at Chinese restaurants if not elsewhere.

The trend started with Davidoff and has expanded to a variety of non-Cuban companies, and starting last year, Habanos S.A. joined that group. For those two companies in particular, the Chinese market and, more importantly, Chinese cigar buyers represent an important segment of sales, one that has grown immensely in the last decade.

Most of the releases have played heavily on two favorite Chinese colors—red and gold—and have used the specific animal as part of the cigar’s name and packaging.

Last year, General Cigar Co. released the Punch Egg Roll, a short robusto with an uncovered foot that came in boxes that looked like small Chinese takeout containers. Because of the unique packaging and all the attention it got, I honestly had no clue that it was actually branded with “Year of the Pig.”

This year, General took its Americanized Chinese food packaging theme to new levels with the Punch Chop Suey, which comes packaged with chopsticks. 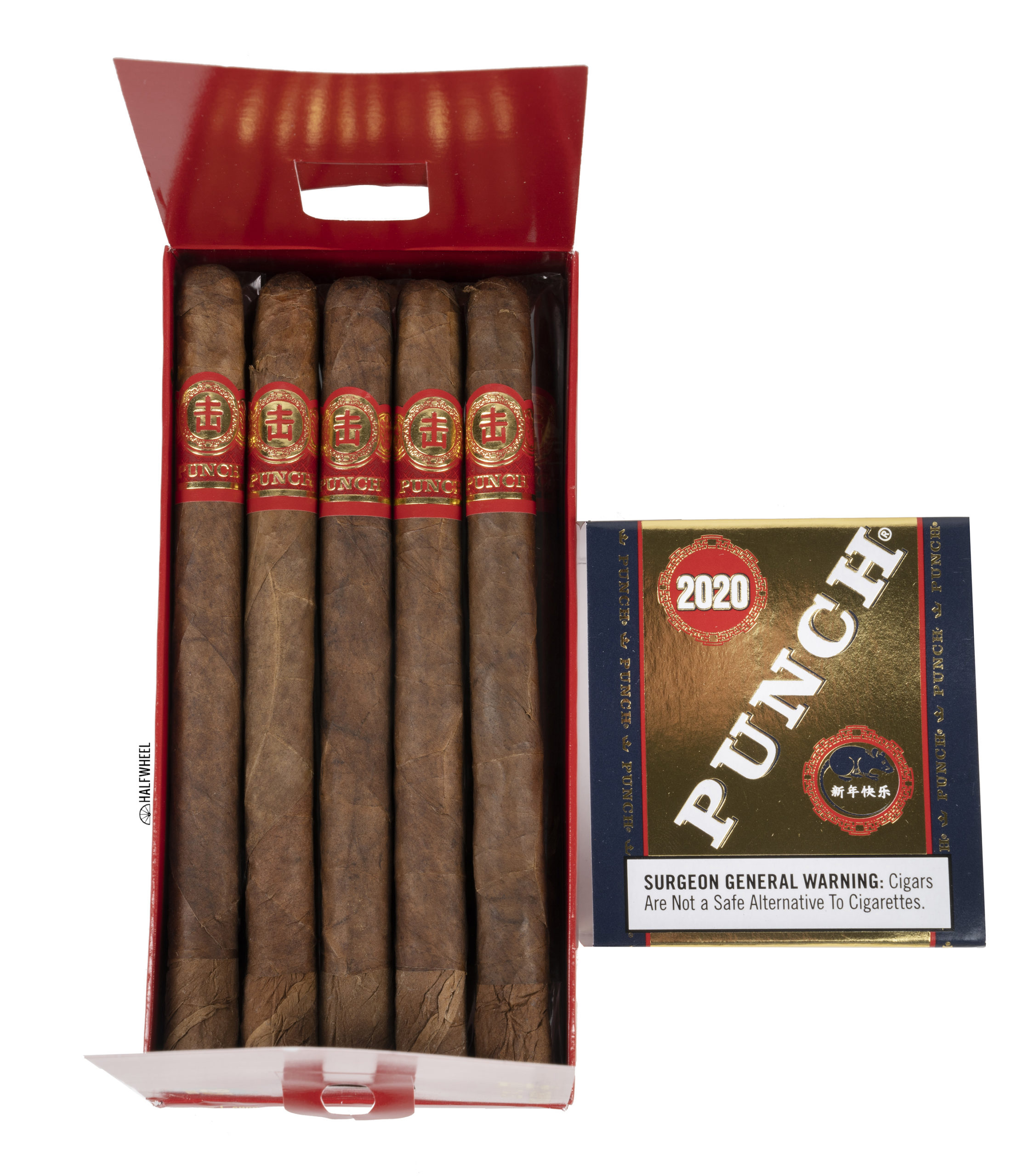 If the chopsticks weren’t included with cigars—I believe the first time that’s happened—more time would probably be spent talking about the price. The Punch Chop Suey is a 7 x 37 panatela that comes with a remarkably low price of $5.49 per cigar, before taxes.

As for the blend, it uses an Ecuadorian Sumatra wrapper over a Nicaraguan binder and fillers from the Dominican Republic and Nicaragua.

Like the Egg Roll, the Punch Chop Suey has an unfinished foot, a relatively rare look for a cigar of this size. Just like the Egg Roll, the inside of the bands feature a message a la a fortune cookie. For this release, there are five different messages. 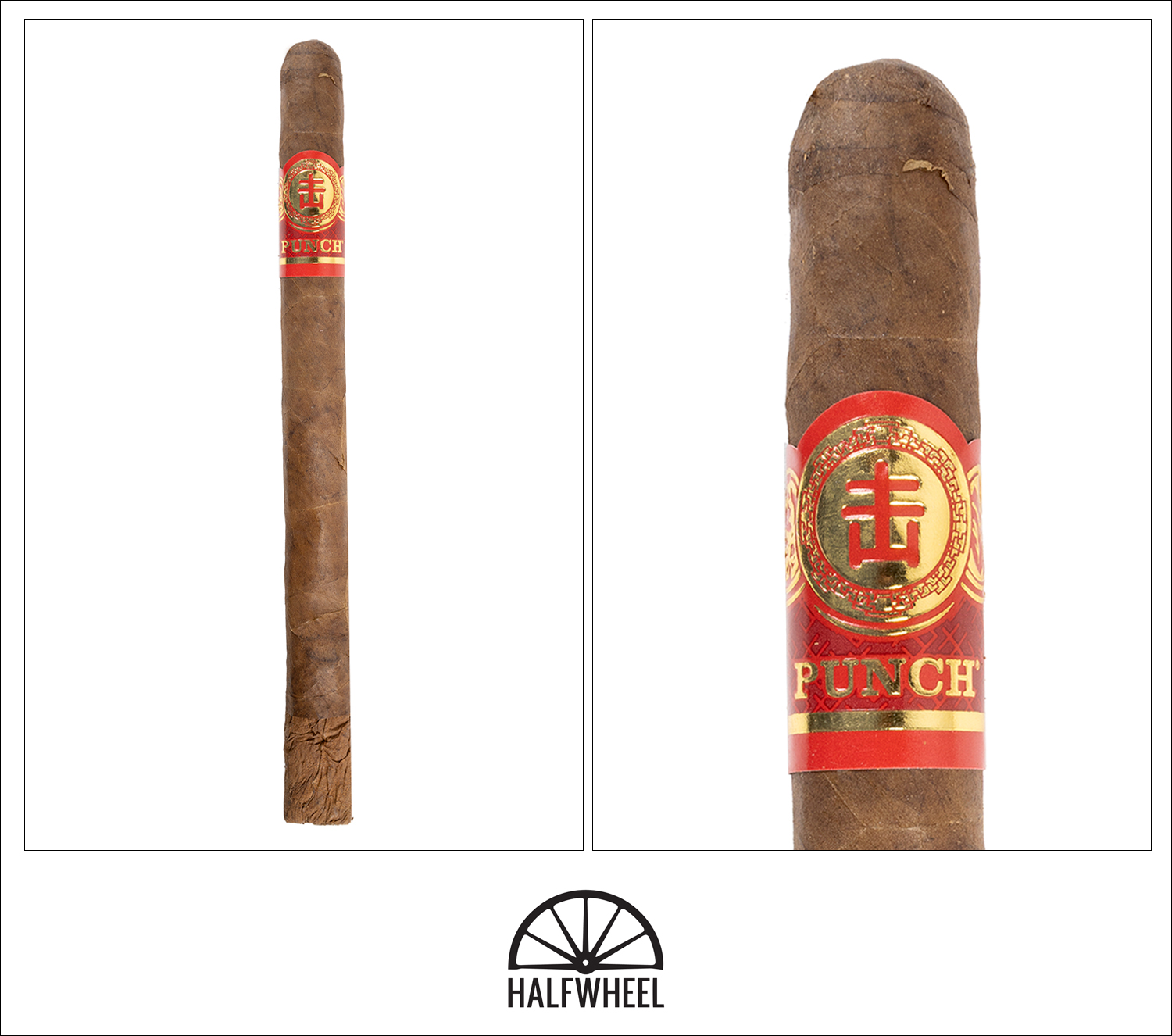 The Punch Chop Suey is one of the ugliest cigars I’ve seen in quite some time. If there wasn’t a gimmick with the packaging or if this cigar wasn’t being sold to purposely be ugly, I imagine there would be a lot of complaints. Even then, it’s still not great. There are veins that protrude out from the cigar in a manner that is a bit weird to hold, the seams aren’t particularly flush and there are sharp cuts and small tears in the wrapper itself. Once I get past that, smelling the wrapper produces a lot of chocolate and hints of manure. The foot is much sweeter, like taking a whiff of a bag of hot cocoa powder, and then some bark. Cold draws on all three cigars are quite open for a lancero: lots of chocolate, some bark, dry leaves and if I take a hard cold draw, some pepper flavors.

That open draw continues once the cigar is lit. Flavor-wise, the Punch starts with wet leaves, hay, dry earth and a bit of a mineral flavor. Pretty quickly—both time-wise and as far as the cigar burning down—things settle into a mixture of wet leaves, minerals, creaminess and a thick buttermilk flavor. Retrohales are creamier with something that reminds me of Montreal Seasoning underneath. The finish is similar, though with less creaminess and more cinnamon. Flavor is medium-full, body is medium-full and strength is nearly full. I ended up having to use two different cigars to produce the pictures because the ash struggles to stay on the cigar through the entirety of the one-inch long unfinished foot.

The second third of the Punch Shop Suey sees things getting better. The cigar is a bit sweeter, but the flavors that are there are also just more refined, albeit still not where I’d like them. Upfront there’s a lot of earthiness on top of bourbon, grains and an underlying sweetness. Retrohales have a mixture of cloves and a distinct flavor that reminds me of greasy breadsticks. It’s a bit fuller, but not as pleasant as the flavors I get via the mouth. The finish is much sweeter with a bready sweetness that is reminiscent of a pecan roll on top of some earthiness, grains and minerals. Flavor is medium-full, body is medium-plus and strength is medium-full. Thanks to the very open draw, smoke production is gigantic for a lancero, though I’m having to smoke a lot quicker to prevent the cigar from going out. Even then, by the second third of each cigar I’m having to use my lighter, both to help keep the cigar lit and occasionally relight the cigar. I would recommend that you finish this cigar with about two inches left. If you decide to keep going, there’s a very distinct clove note that is present for 10 or so puffs, but then I realize that the cigar is getting to the finger-burning levels. Going past that produces earthiness and a lot of white pepper, something that isn’t surprising given that the cigar is now down to less than an inch. Retrohales have a really bizarre sweetness that I can’t identify, but ultimately, I’d put the cigar down at the point you see in the picture below, as it’s not really worth the fuss beyond that. There is a reason why lanceros typically cost $10 or more. I have probably smoked more brands of lanceros than anyone on this planet and I’m not sure I’ve ever smoked one at this price point outside of a few random bundle brands. This cigar was just sloppy and the pictures above show that. There’s a lot that General could have done based on the packaging, but the end result is a release that was more focused on the packaging than the product, something that is never a good sign.