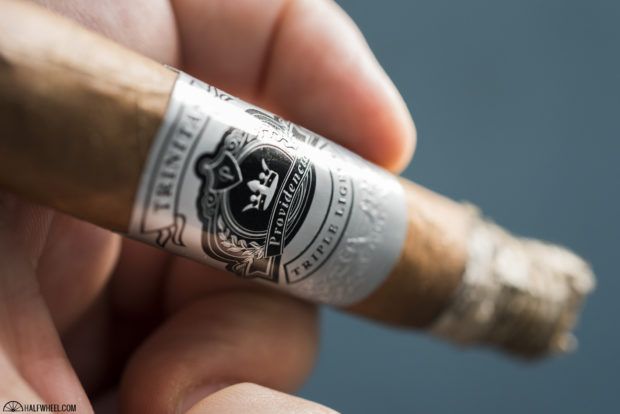 There aren’t a ton of cigar companies I have not heard of, but Providencia is one of them.

Founded by Jim Faber, Reed Grafke and Raymond Zinar, the company makes cigars with Javier Mendoza’s Alianza Cigars, a growing and factory operation I also didn’t know anything about. Faber played soccer in a second division league in Honduras, which is where he met Mendoza.

Trinitas is the newest line, the third offering for the company and what it says is the strongest in its portfolio. Trinitas is offered in a single 6 1/2 x 52 box-pressed perfecto portfolio using a Mexican San Andrés wrapper, a Nicaraguan binder and fillers from Honduras and Nicaragua. The company says there’s three types of ligero: the wrapper as wells as Honduran and Nicaraguan fillers. 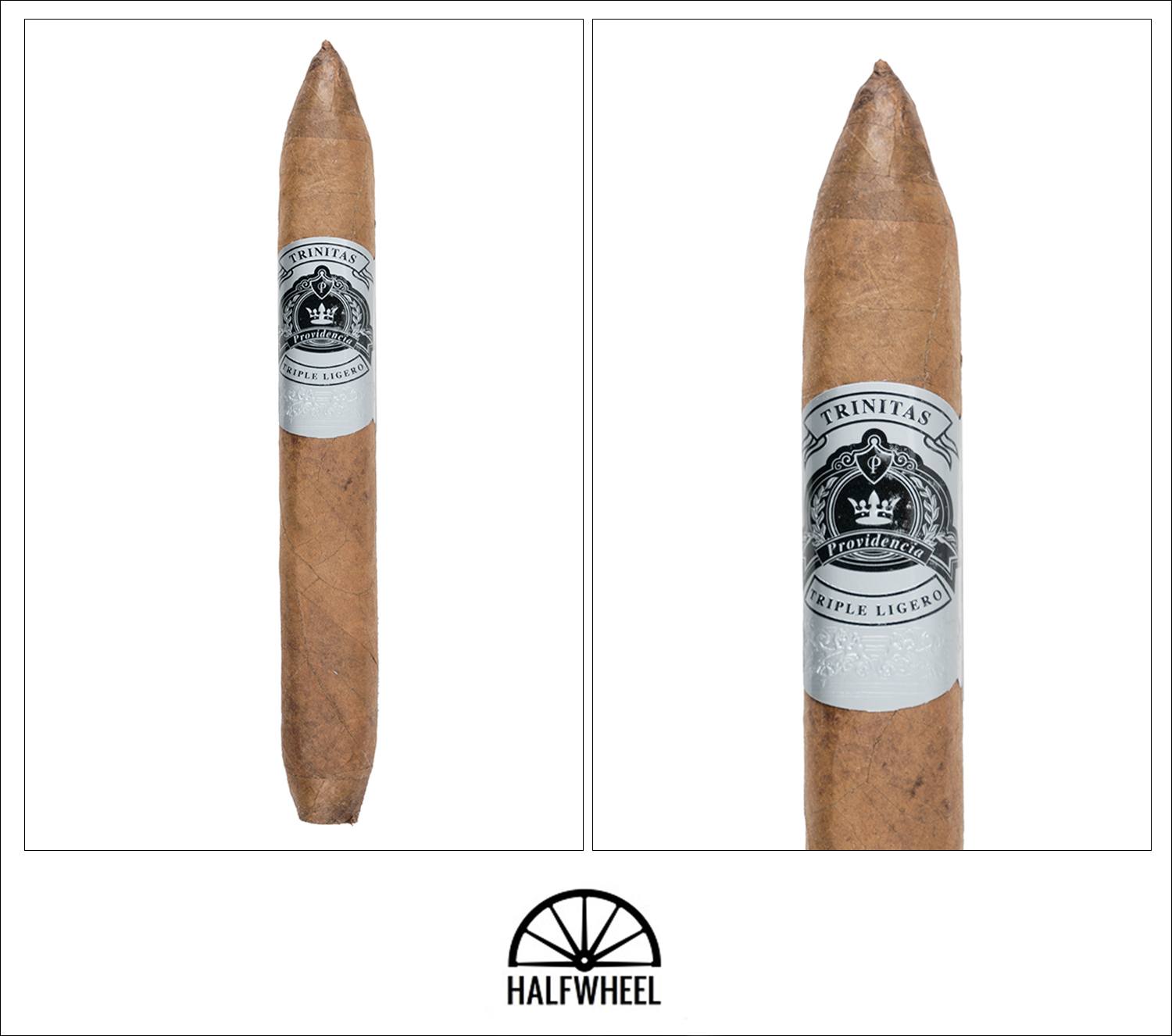 It’s a pretty looking cigar with some sharp pressing and an overall dimension that seems to hit the Goldilock’s paradigm: neither too large nor too small. The first thing that’s apparent is just how soft the wrapper is, almost leather-like. Aroma-wise, there’s not a ton going on though I pick up leather, some nuttiness and an artificial raspberry. The foot is ridiculously sweet, easily the sweetest smell I’ve had in the last year outside of flavored cigars. It reminds me a bit of some Cuban cigars with tons of floral flavors and some oak. The cold draw of the Providencia is equally as sweet with some artificial coffee overpowering any hope of me detecting any flavors on two of three samples. The third has a bit of fruitiness and earthiness, but still with that artificial coffee flavor.

Despite its perfecto shape, the draw is a bit open. That pays off once the cigar is lit with a volcano of smoke. Flavor-wise, there’s earthiness, some cedar, lots of coffee and an underlying sweetness. It, fortunately, avoids the artificial coffee flavor. At times it seems like I’m visiting an ice cream shop with both a creamy vanilla flavor and some sugary bread that reminds me of ice cream. It’s contrasted by some sourness that picks up steam after the first half-inch. A bit of pepper hits the back of the throat on the finish, but it doesn’t hold up to the initial flavors. In other news, the massive smoke production makes my balcony  appear to be on fire. Flavor is medium-plus, body is mild-medium and strength is mild-medium. 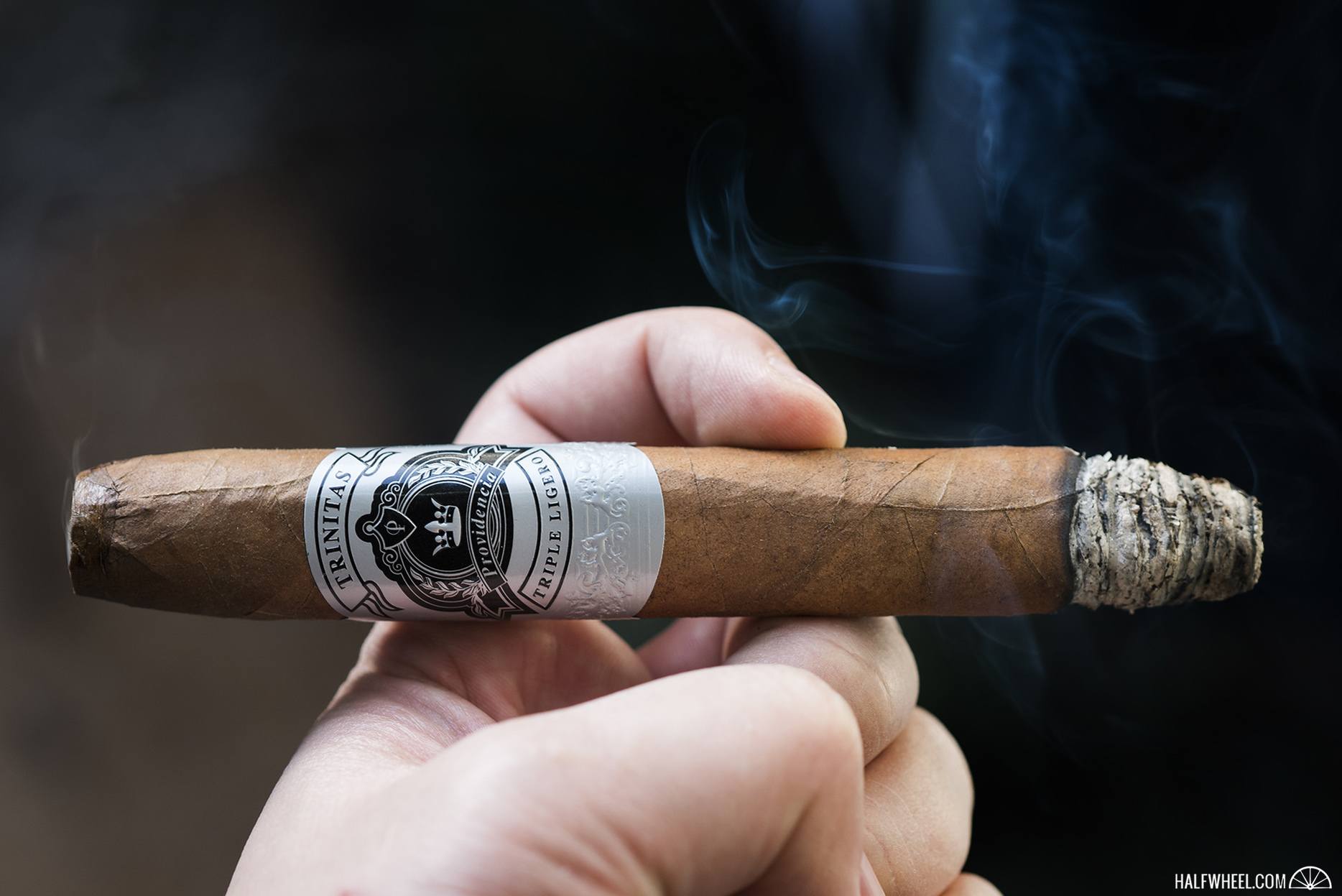 The second third of the Providencia Trinitas sees the sourness stick around, now paired with a saltiness that began in the final puffs of the first third. It’s not particularly pleasant as it reminds me of sweat, but it seems to be reducing with each puff. Left in its place is some sweet bready flavors that remind me of a cinnamon roll without the frosting. Through the nose, I pick up Lay’s potato chips and a jalapeño pepper on the back of the tongue and throat. That’s in contrast with a separate irrational-like flavor that is in the middle of the tongue. Construction remains impressive and impeccable with the burn great and smoke production out of hand. 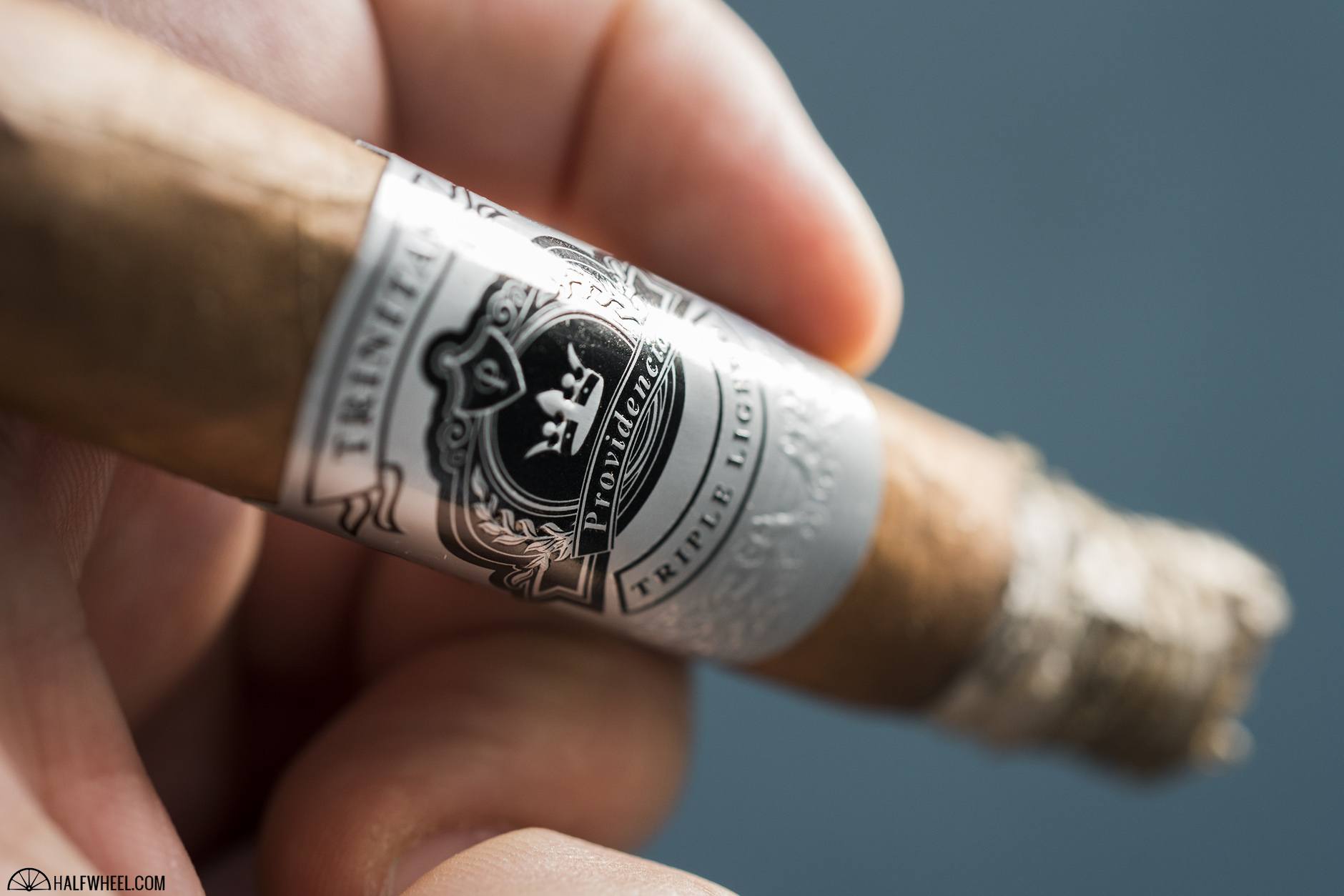 While the flavor in the mouth is largely reduced to some earthiness and an uncooked store-bought flour tortilla flavor, the retrohale is now much more enjoyable, as there’s a defined blueberry flavor on top of some raspberry and earthiness. The salty and sour flavor comes and goes, but it’s substantially reduced compared to the earlier two thirds. Flavor picks up close to full, but the body and strength remain south of medium. One sample needs two touch-ups in the final third to deal with an uneven burn, but otherwise, the Trinitas is relatively maintenance-free. 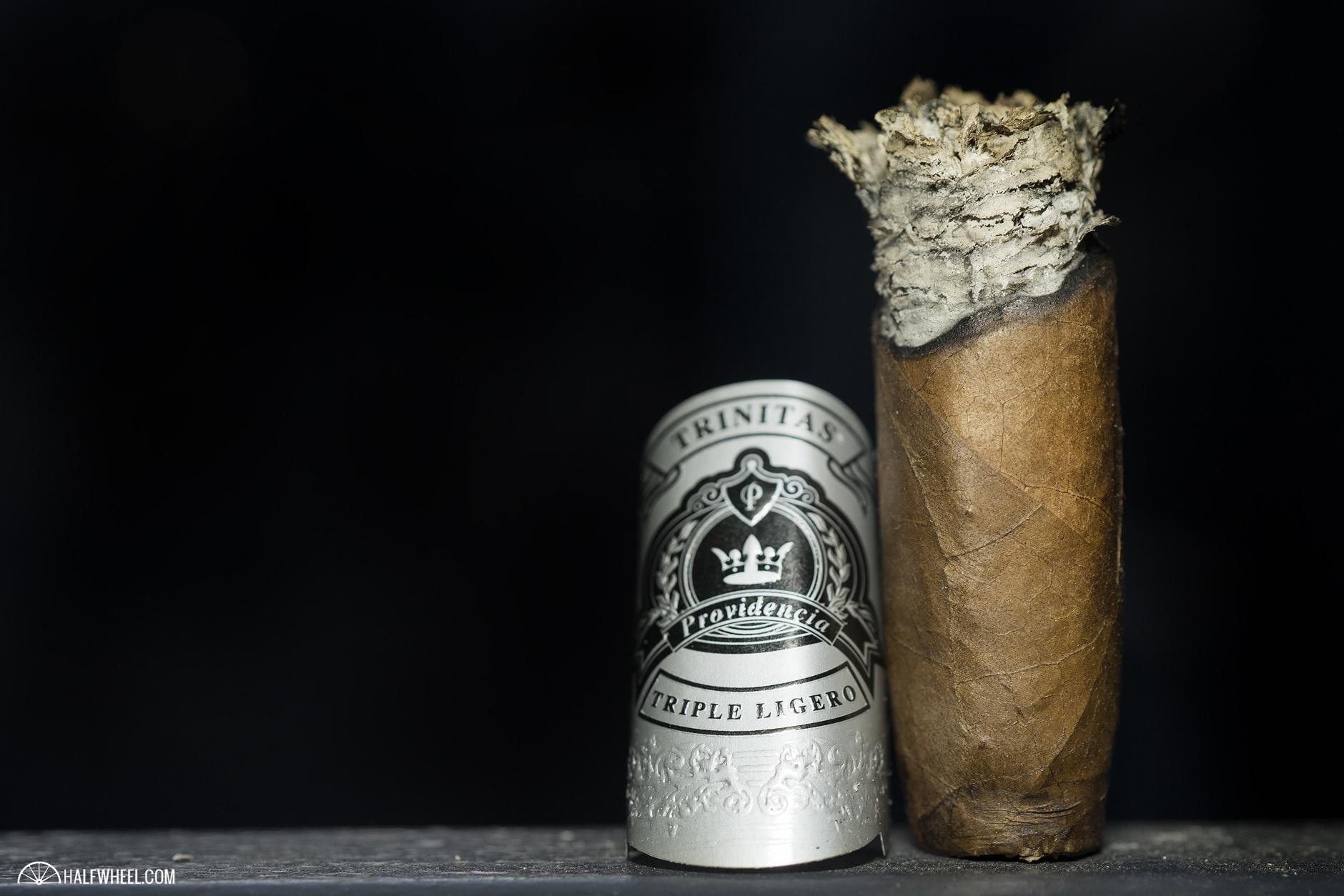 Start to finish, the Providencia Trinitas provided some bizarre flavors, but overall, I enjoyed the cigar quite a bit. It's a bit confusing to describe: the band says triple ligero, but the strength was quite light; the cigar smelled like some flavored cigars, but there was a salty and sour mixture throughout; the smoke production was gigantic, but the body was thin. I'm always interested to try cigars from brands I've not smoked and am even more interested in smoking cigars from factories whose products I've not yet had. Trinitas is a winner, oddities and all.