There’s no shortage of stories and inspirations that come with new cigar releases. Some are subtle and simple, some more elaborate and almost extravagant. For Hal Rubin, owner of Empire Cigars in Raleigh, N.C., the inspiration is very simple.

“Having tasted a prototype during a recent STUDIO TOBAC (World) Tour event, I requested that Oliva produce that same cigar for distribution at my store,” said Rubin. ”Given that Oliva had promised to make me a exclusive cigar since I entered the business six years ago, I was thrilled to hear that this blend would be the one that they decided on. Thus the name of the brand, ‘The Promise.’”

Rubin told halfwheel that in 2013, he took delivery of a single 6 x 44 lonsdale vitola, with 2,000 cigars produced and split between 250–count chests and 25 count bundles. While he hasn’t announced a date yet, he is planning on adding a second vitola before the end of 2014, and has the intention of adding a new size every year for the foreseeable future.

While The Promise is currently only available at Empire Cigars, Rubin is looking at making it available to other retailers at some point in the future.

The specific cigars that Rubin drew inspiration from have not been made public, though the basic components have, leaving a bit of sleuthing for those wanting to figure out exactly which cigars provided the basis for this release. 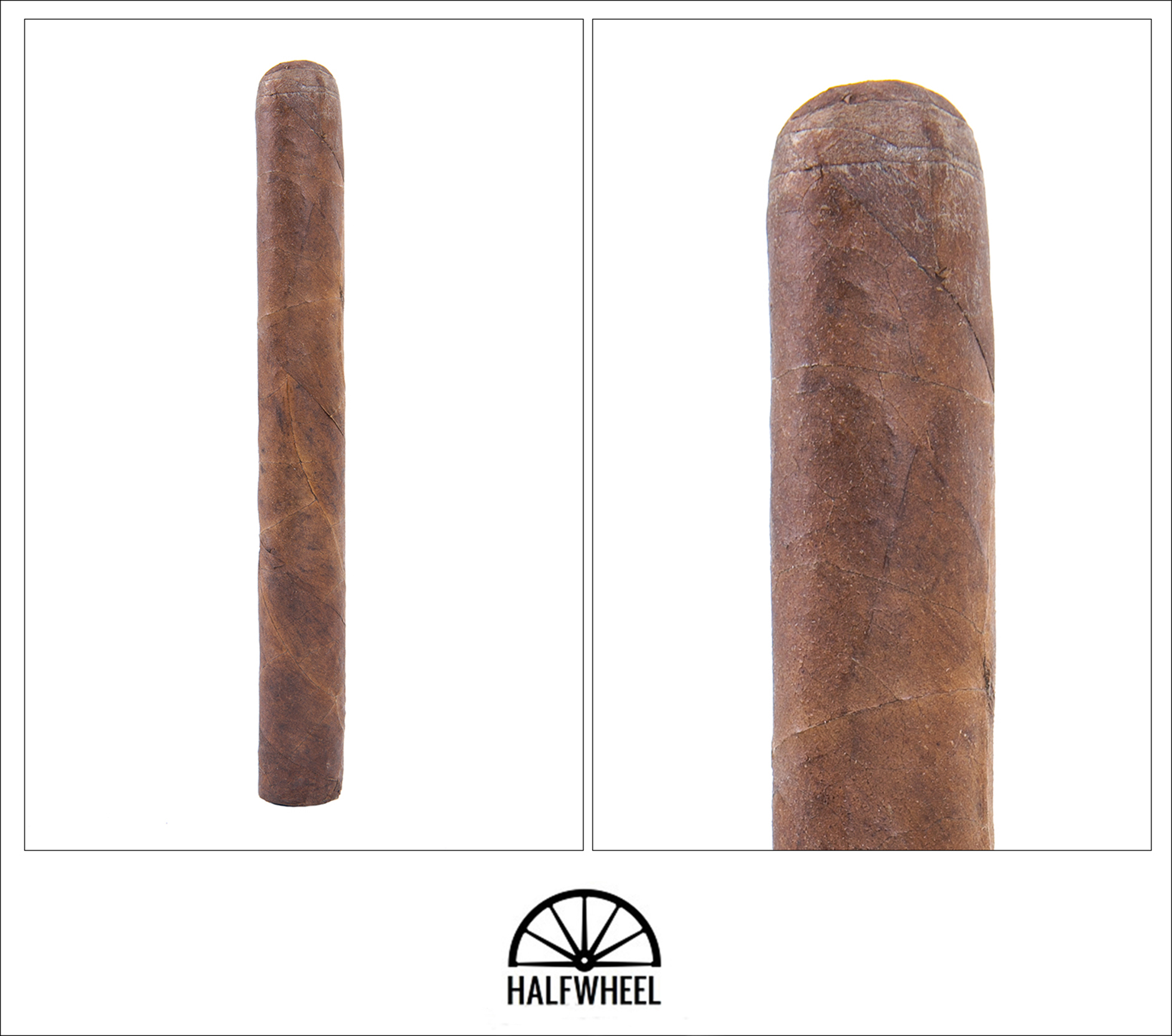 The Promise is an incredibly eye-catching cigar due to its chocolate brown wrapper with some pronounced veins that seem to be the reservoirs of oil and give the leaf a healthy shine. The wrapper offers a good level of tactile engagement as well—while it is overall smooth, it has just the finest bit of texture. The seam lines are very clean and the cap is applied well, with the cigar offering just a bit of give throughout its length. The foot offers a cocoa powder note first, followed by a bit of wood and tree bark and then a faint touch of pepper, all very soft and almost timid notes. The cold draw is perfectly dialed in for my preference and delivers more chocolate and cocoa powder notes as a largely singular but still enjoyable flavor, with one cigar having a very subtle note of pepper along for the ride.

The first puffs of The Promise focus mainly on the front quarter of the tongue with a flavor led by chalk and earth, showing little to any of the chocolate notes that dominated the cigar before it was lit. Pepper is varied in the early going, with little to be found in two of the cigars and a good amount found in the third. The first retrohale evokes notes of wood more than pepper and provide an easy first round challenge for the nose and subsequently a gentle wakeup for the palate. The chalk note becomes more pronounced through the first inch and offers a pleasing aroma in the nose, and with the first clump of ash gone, the draw opens up just a bit and smoke continues to flow out of the cigar. The draw through the first third has been downright perfect, while the burn line has been sharp and the ash fairly tight and layered. There is a brief but definite thinning of the flavors as the burn line enters the second third, and underneath the pepper notes the smoke begins to develop a creamy texture to it. By the midpoint, the foundational earth note has returned to The Promise and the top notes become a bit sharper though the smoke does an admirable job staying smooth as it hits the palate. There hasn’t been much in the way of outright, in-your-face pepper to this point, though a second retrohale at the midpoint might have you thinking otherwise. The quantity and intensity of the pepper have certainly picked up since the start of the cigar and could be signalling a stronger second half. There is an edge to The Promise that it just can’t seem to shake; not necessarily harshness, but rather what I’m guessing is a mineral from the soil note that prevents it from fully taking on the smooth character that the leaves are trying to offer. It is a decidedly second half experience, and when compared to the creaminess found earlier, provides quite the juxtaposition. This is not to say that the final inches aren’t enjoyable, just that it takes a little more willingness to look past a coloring of the flavor that tends to lead the palate before the core flavors of earth and a bit of leather, along with the continuing touches of pepper get there. Strength remains medium or just slightly more, never overpowering and never offering an excessive amount of nicotine. The burn line remains sharp and even down to the very end, never requiring a touch up since being lit with a single wooden match. The final puffs are clean and enjoyable, providing an enjoyable conclusion to the cigar. 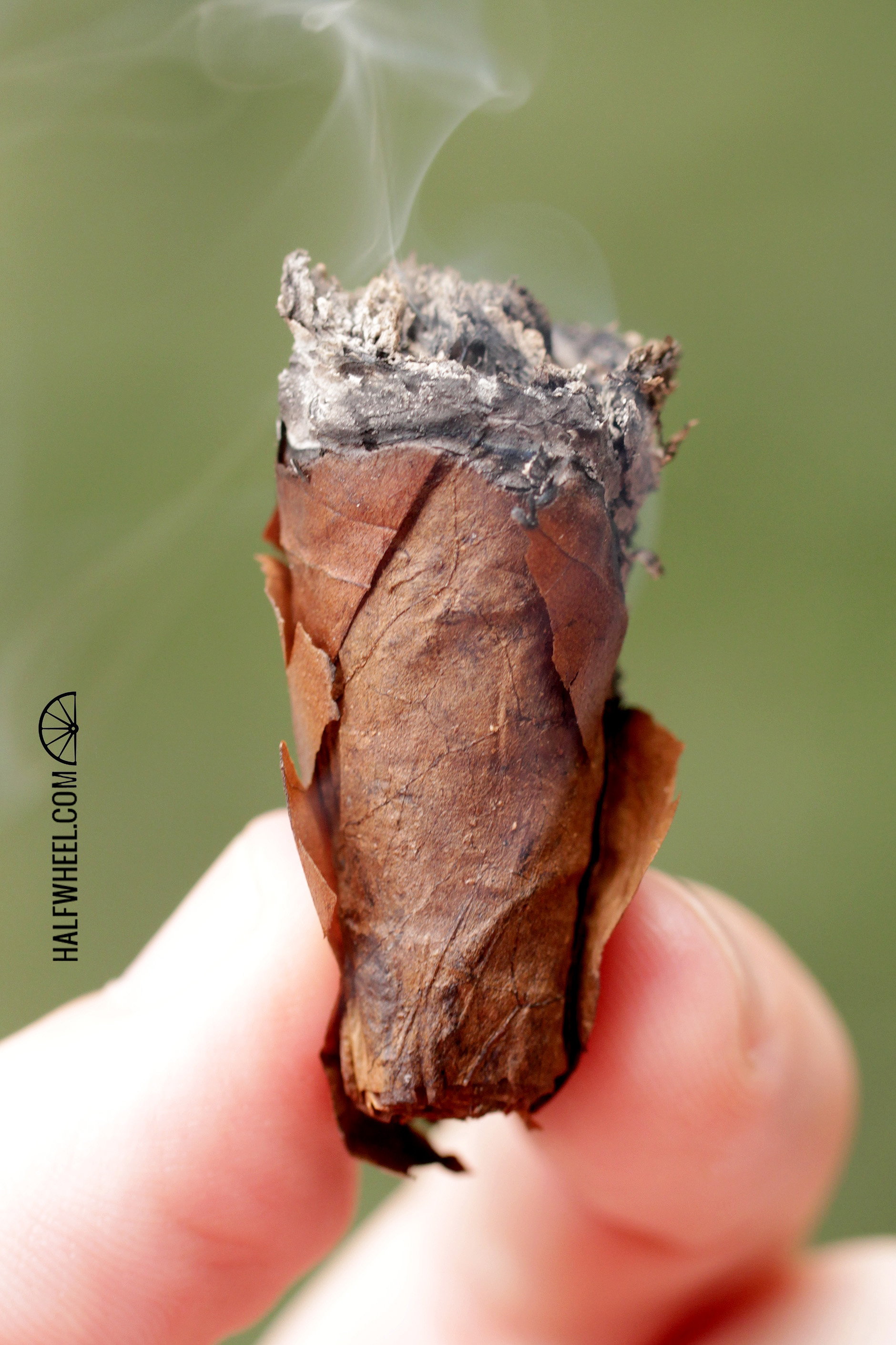 It's a shame that one of the main things that sticks out about my experience with The Promise is the wrapper issues because overall this is an incredibly good cigar that shows—pardon the pun—a lot of promise. To think that this is a cross of two existing cigars is already an exciting thing to consider; add to it that Oliva is manufacturing it and it lends an incredible amount of credibility to it. Even with the noted wrapper issues, I'd still say this is a cigar worth making an effort to try. The flavors are solid and enjoyable, forward enough to be attention grabbing but not so overwhelming as to wear out your palate, and the restraint in the use of pepper is a testament to both the tobacco and its blender. An incredibly enjoyable cigar that I could see myself reaching for time and again and proudly recommending to many cigar smokers.