In the past few years, there has been a steadily expanding number of entries into a specific subset of cigar lighter: flat flame torches.

Instead of the traditional torch lighter that puts out a long, slender and fairly high-powered flame, flat flame lighters take that single torch and spread it out into a W shape at the base, with the edges coming back together to form a spade-like shape. With the design, the heat is spread out and the flame paints the foot of the cigar with a broader stroke.

Last fall, Prometheus joined the list of companies offering a flat flame lighter, taking one of its existing designs, reworking the internal mechanics, and branding it with the company’s logo of Prometheus, bound to a rock and being attacked by an eagle as punishment for stealing fire from the gods and giving it to humans, thus advancing human civilization out of his love for mortals. 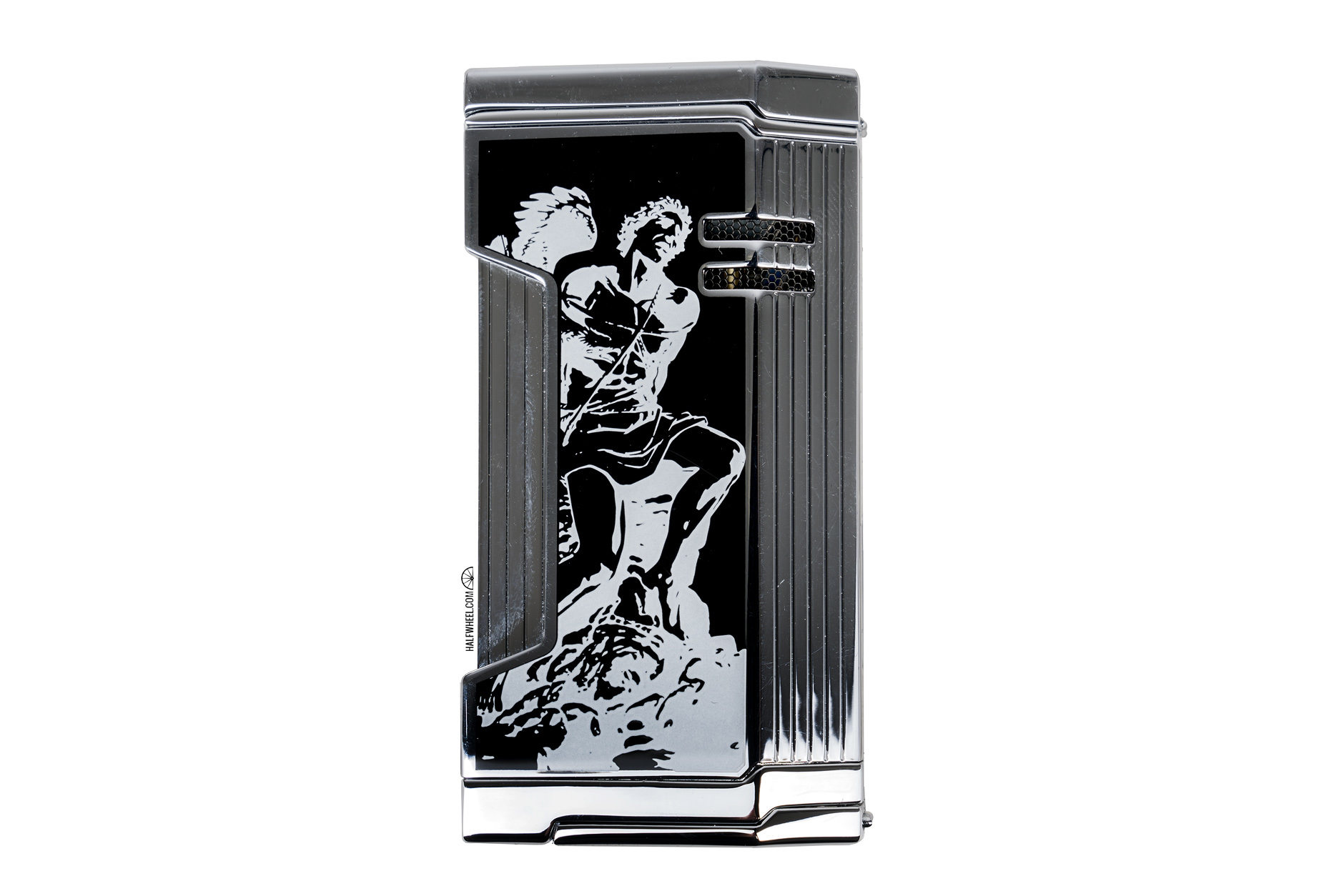 The Prometheus God of Fire Edición Limitada Magma X is a new spin on the company’s Magma X lighter. Instead of using the triple flame torch design of that lighter, the company replaced it with a single, flat flame torch, its first foray into this style of lighter. Mechanically it is the same as the other Magma X, with a flip-top lid and side squeeze ignition.

Additionally, it comes with a built-in punch cutter, a large fuel window that is tinted blue to see how much butane remains, and a two-year warranty. 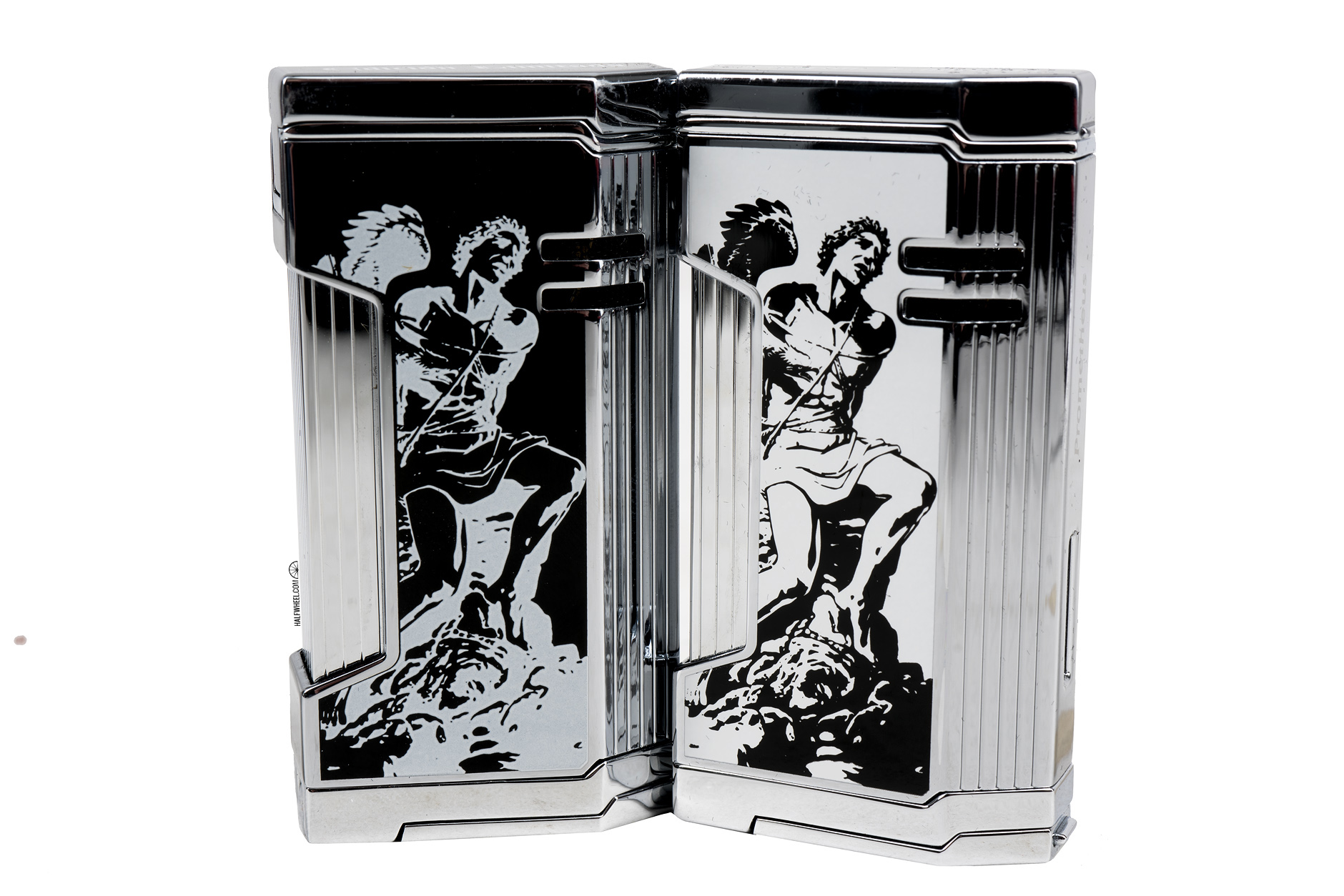 While it looks like a standard Magma X from the outside, Prometheus gets in on the flat flame segment by redoing the internals. Plus if you’re a fan of the Prometheus brand and/or God of Fire line of cigars, there’s some branding you’ll be tempted by. 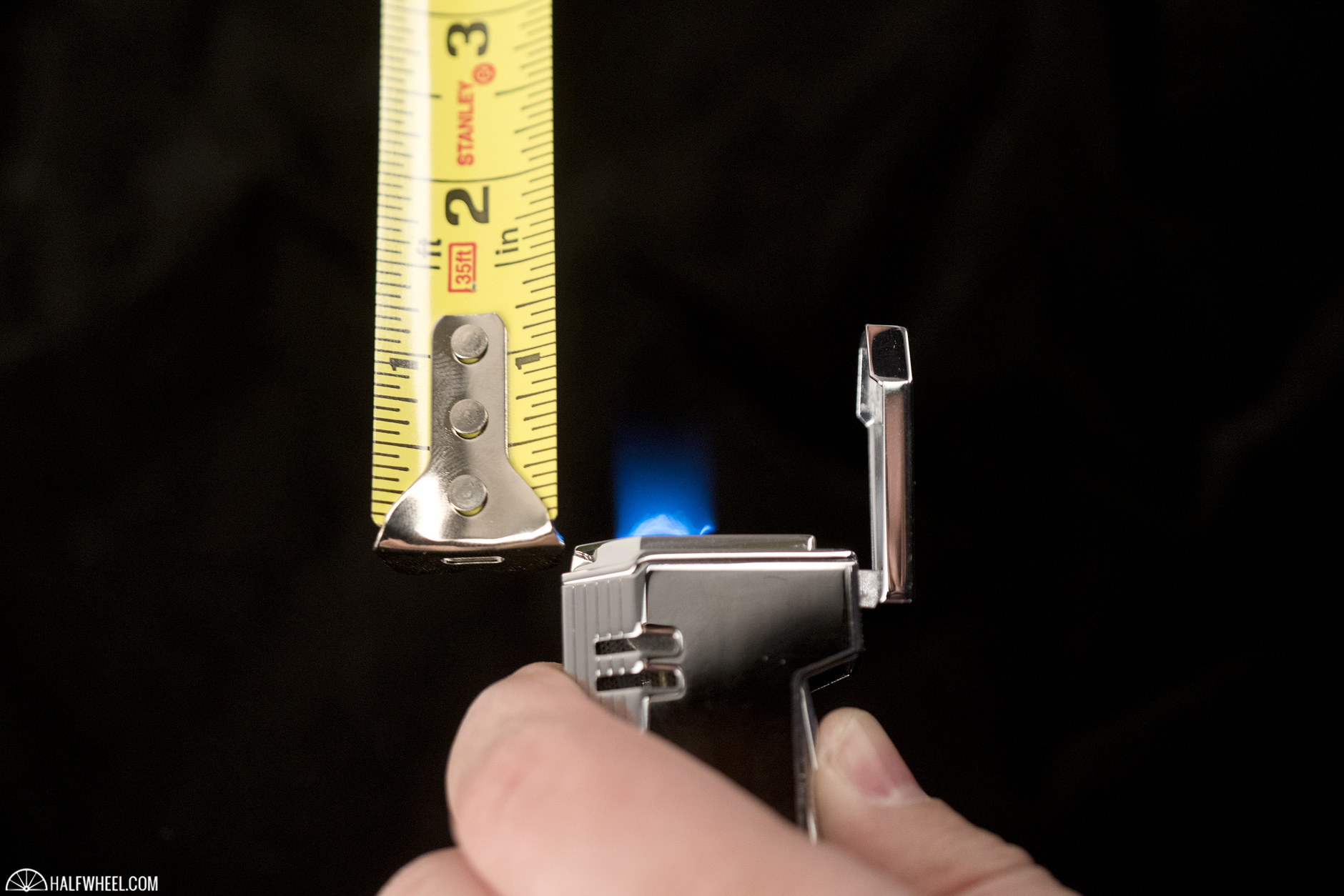 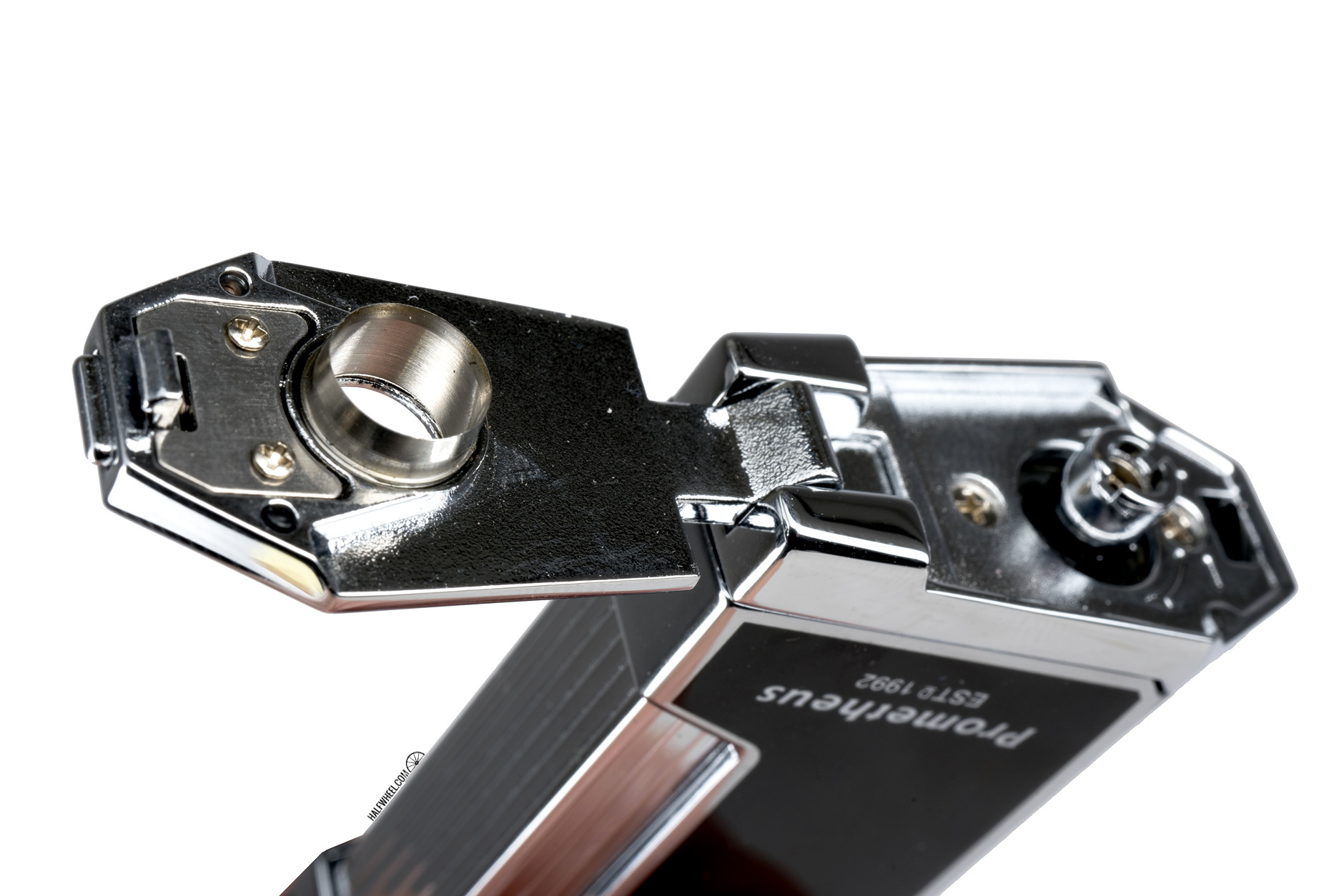 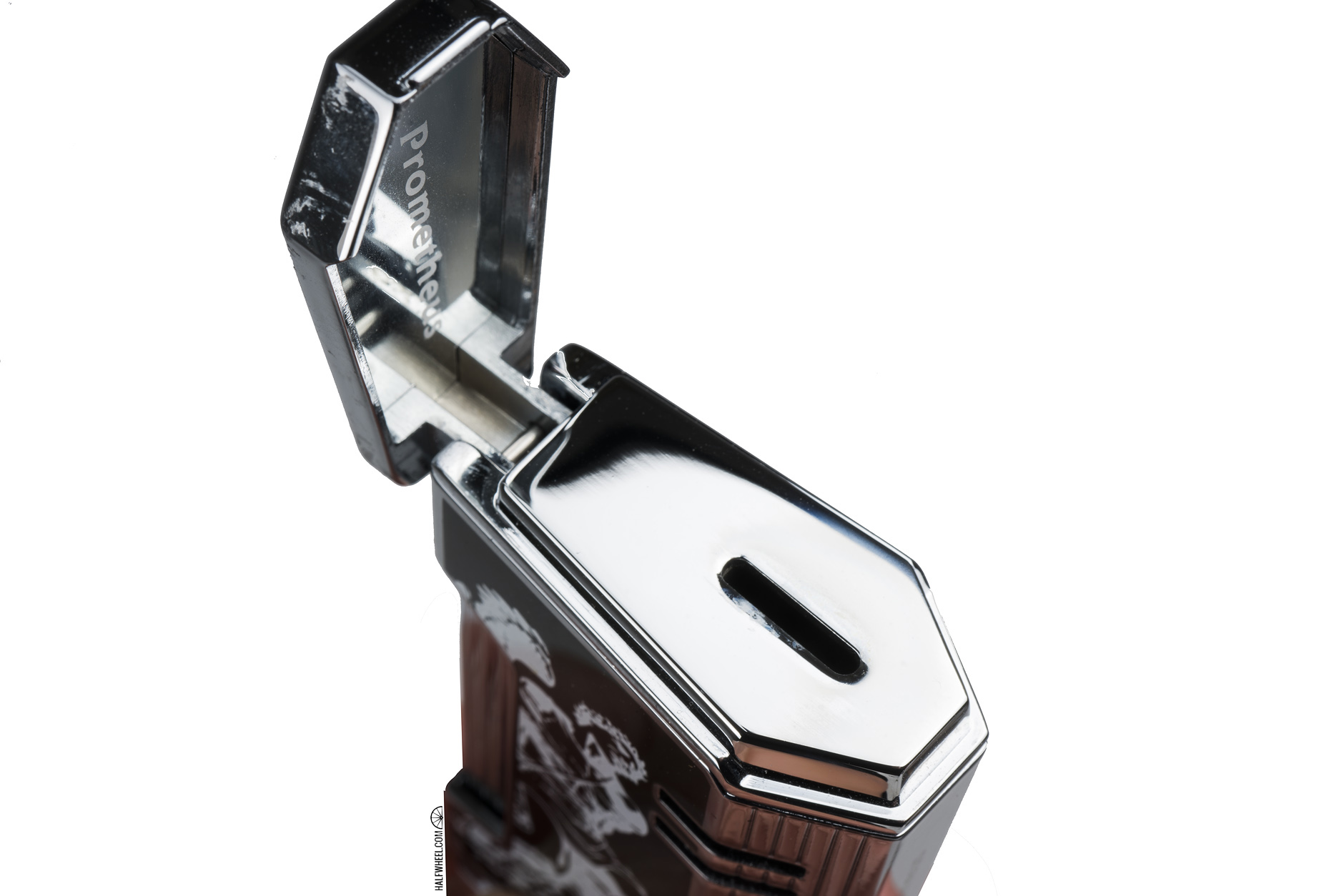 As I’ve noted previously, the flat flame segment has become increasingly crowded in recent years with numerous companies jumping into the ring. It’s certainly not the cheapest design, and I have yet to see a true wallet-friendly flat flame, but there are some very solid options that are worth considering. 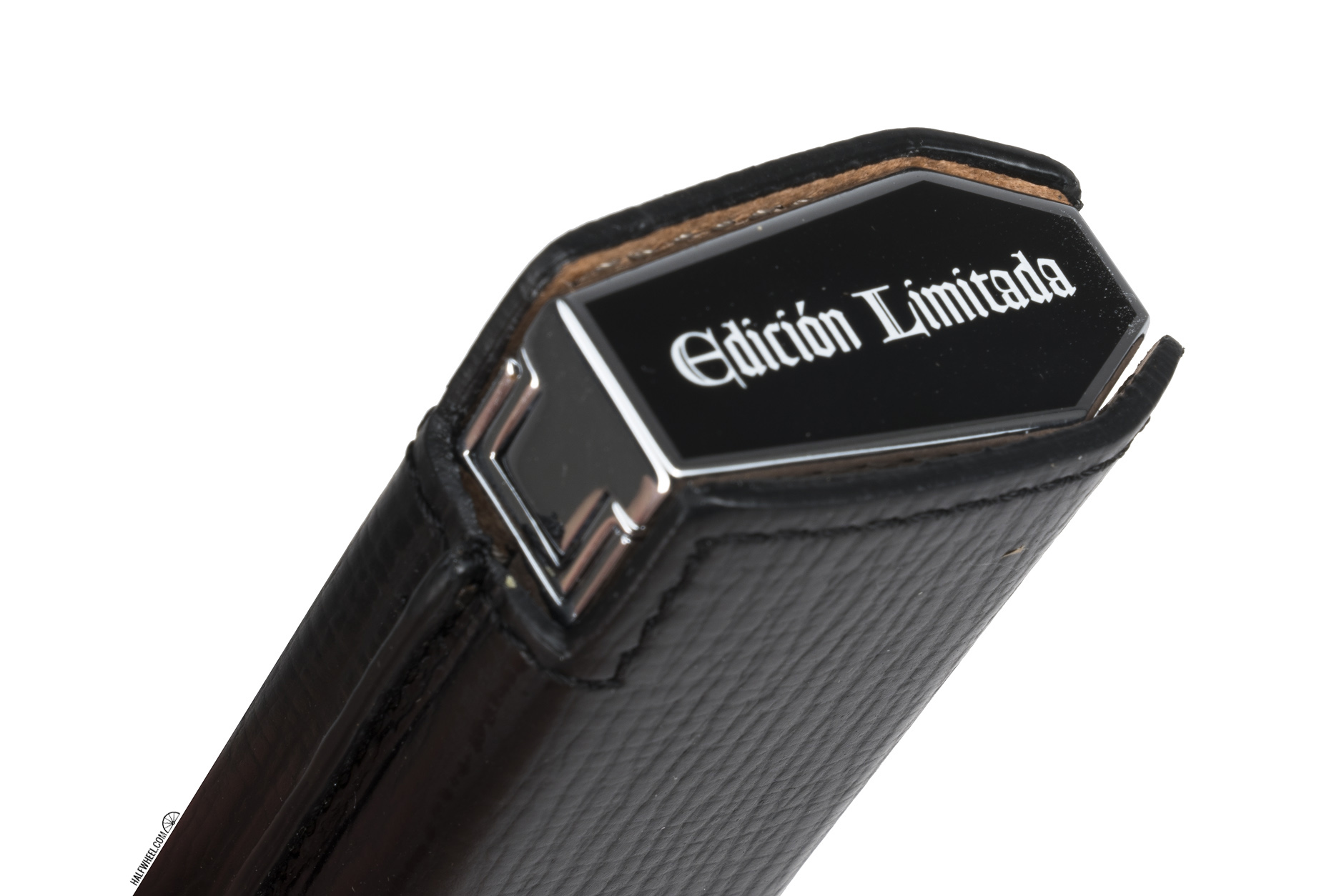 I’m sure it’s not intentional, but the lid reminds me of those old-time coffins that I associate with vampire movies and the like. 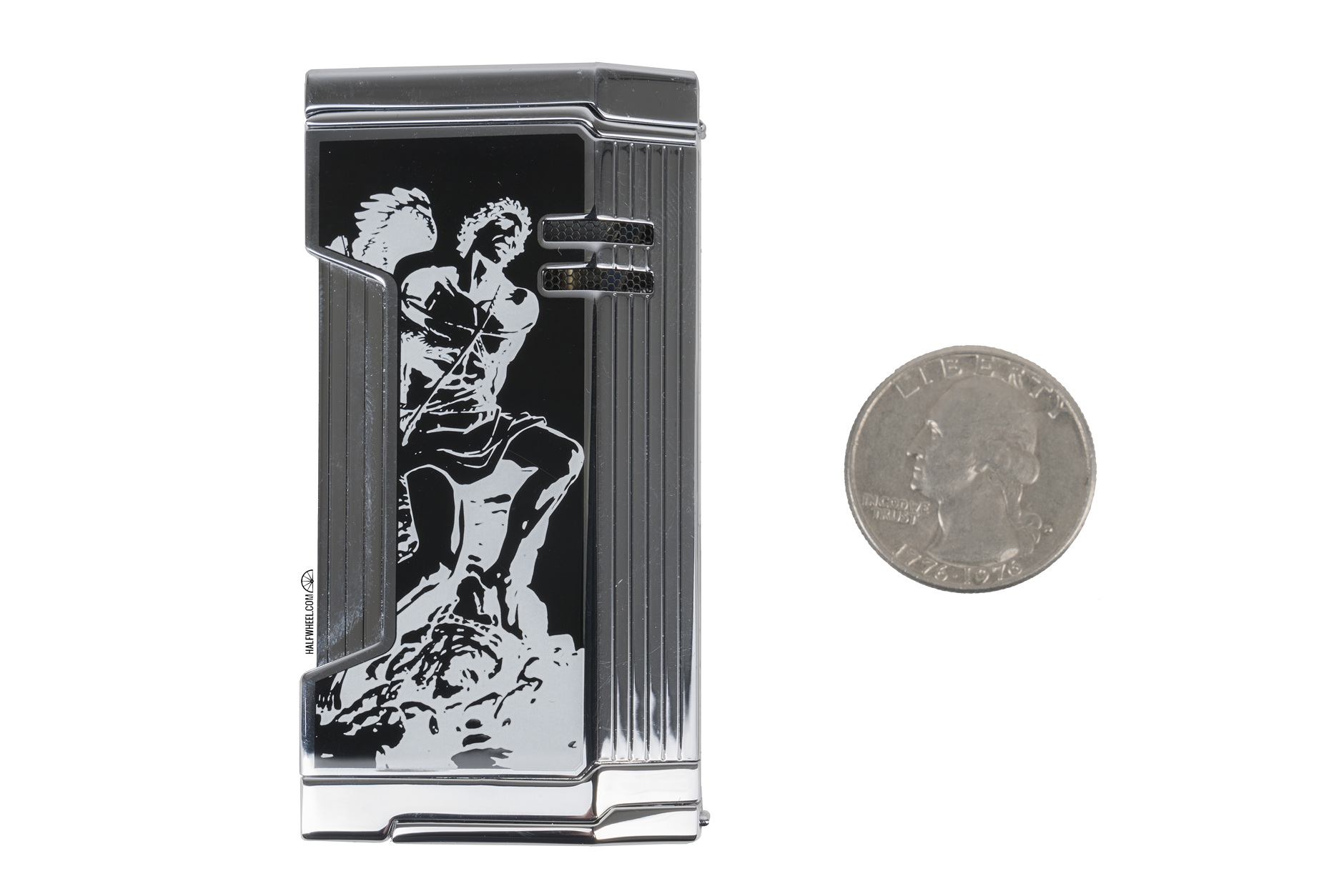 If you’re looking for a flat flame lighter, the Prometheus God of Fire Edición Limitada Magma X should be on your short list of considerations. The build is solid, the performance is reliable, the design is quite good, and the total package is available at a price point that is on par with or better than most of its closest competitors. There’s simply not much to take issue with when it comes to this lighter.

The lighter used for this review was provided by Prometheus.