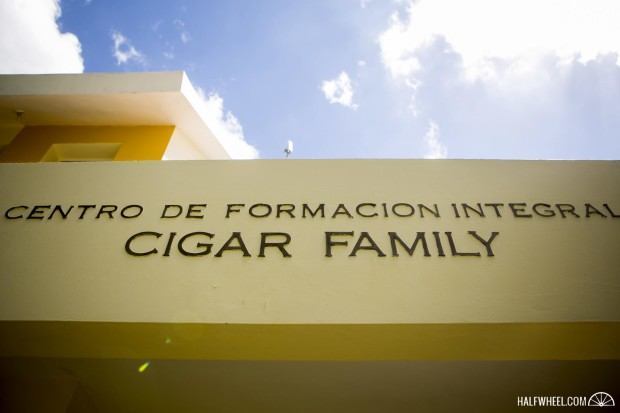 The third day of Procigar 2016 kicked off with a hoodied Charlie Minato and myself on a bus to visit the Cigar Family Charitable Foundation (CFCF) with a small group of attendees—the bulk of whom worked in the cigar industry in one capacity or another.

It’s about an hour’s drive from the hotel in Santiago to the foundation’s location in Bonao, a journey that takes one from the congestion of a decently-sized city east into a fairly small community called Caribe. More importantly, it’s a chance to see beyond a farm or factory, and to actually see just what sort of good the cigar industry can do for a community.

I’d like to think that most cigar smokers are at least aware of CFCF, which was launched by the Arturo Fuente and J.C. Newman companies in 2004. If you’ve been fortunate to have a conversation with Carlos “Carlito” Fuente Jr., Bobby Newman or Eric Newman, I’d venture to guess it came up at some point. You may have seen the two-packs of cigars that appear in retail humidors during the fall and winter and bear the foundation’s logo. But if you don’t know exactly what the foundation is about, allow me to give you some background.

While the Dominican Republic has thriving cities and luxury resort areas, it also has its fair share of poverty, to the point where children are lacking basic educational opportunities, essential health services and life necessities, which results in them being forced to find work at a young age.

Caribe, which is where the Fuente farms are located, is such an area. 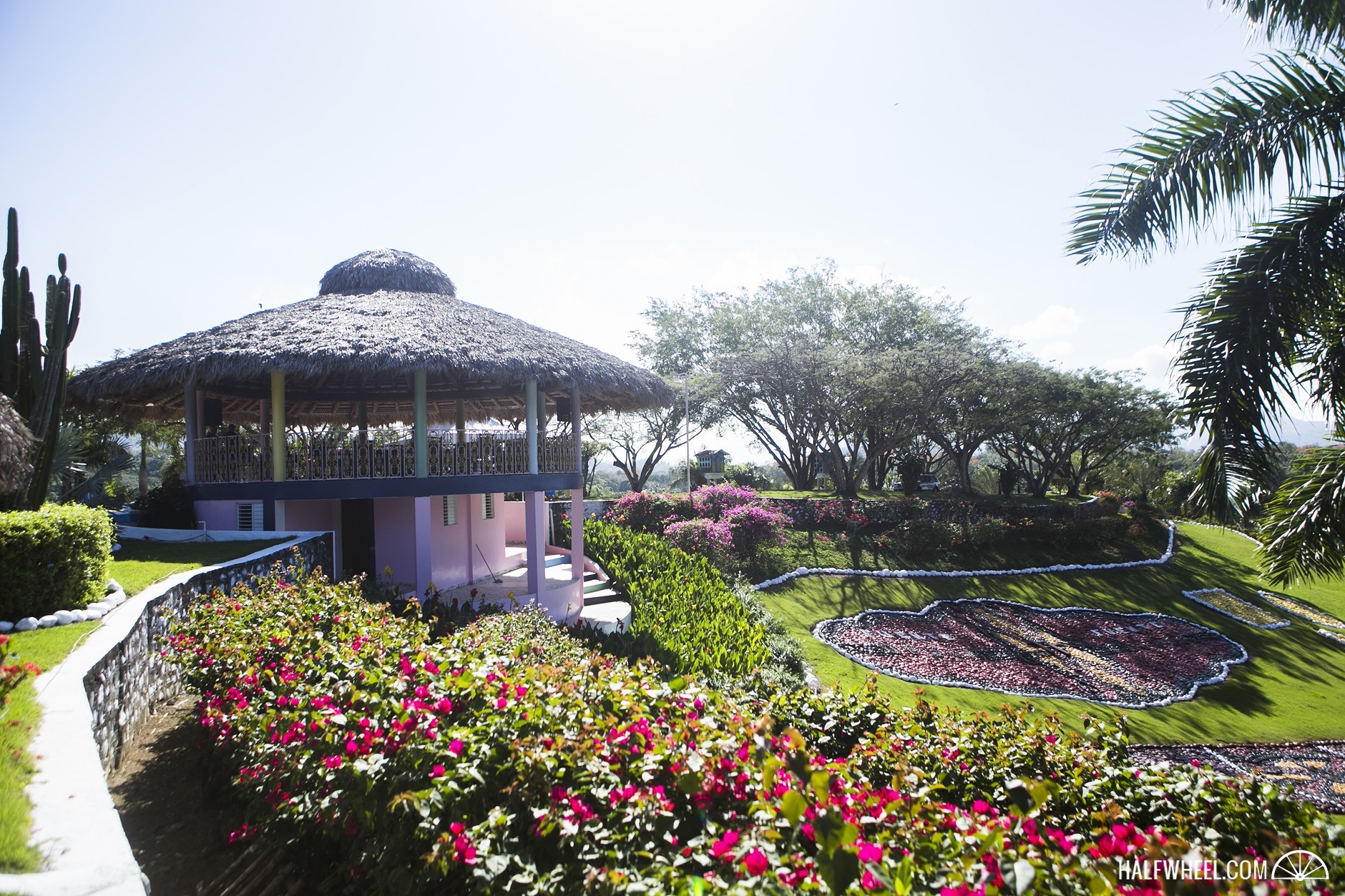 Deprived of communication and schools, the area is known primarily for its nickel and gold mines which get stripped for their contents. While no one wants to say the deprivation was intentional, it certainly kept people in the dark when it came to organizing and understanding their rights as laborers. Children would come to the farm looking for work when they should otherwise be in school, simply because there were no schools in the immediate area, and those who did have access might have been pulled out by parents who didn’t believe in the value of education or needed the children to bring home money for food. 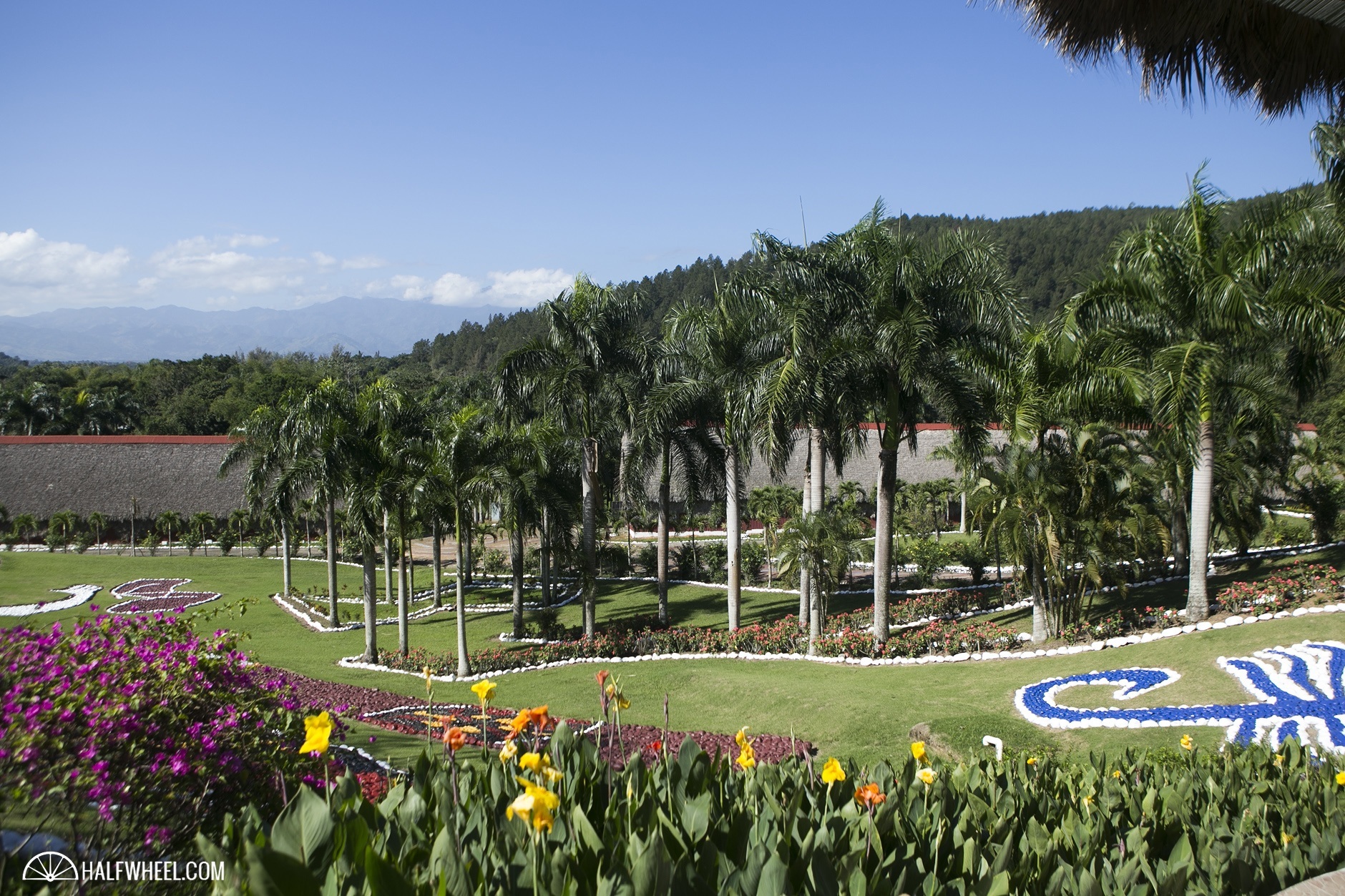 As more guests visited the farm, made famous for being the first to grow premium cigar wrapper leaf in the Dominican Republic successfully, small gifts would be given out to the kids, only to be discarded. Fuente said that the attitude of “we don’t eat with books” was pervasive in the area. Adding to the issues were intense rivalries between neighboring villages, creating a hostile environment that at times seemed unsalvageable.

But for the Fuente and Newman families, they saw education as a way to address the problem. Initially, the idea was to create a classroom and teach about 25 students the most basic knowledge needed to function in a community. But since the families’ backgrounds are in tobacco, not education, they needed assistance in getting the project up and running. Fortunately, they found a man named David Luther whose background in education was exactly what they needed. He said that if they really wanted to move forward with this project, it had to be a long term investment, it had to be a standalone project—not simply a classroom attached to an existing school—and it had to involve the entire community, meaning parents would need to be educated and involved as well. That was 2004, and now the Cigar Family school has nearly 500 students from preschool to high school, a 23-acre campus that is still expanding, a health clinic, seven graduated classes, and nearly 90 percent of their graduates going on to higher education. They have been so successful at national competitions that they have been prohibited from participating, and the CFCF school is now recognized as a model program in the Dominican Republic and beyond, with its programs looking to be emulated around the world for not just addressing and improving one aspect of children’s development, but the holistic environment and system of which health and education are a vital part.

Luther said that there is no secret to the school’s success, just that it has been a matter of creating an enabling environment for children to learn, grow and excel. 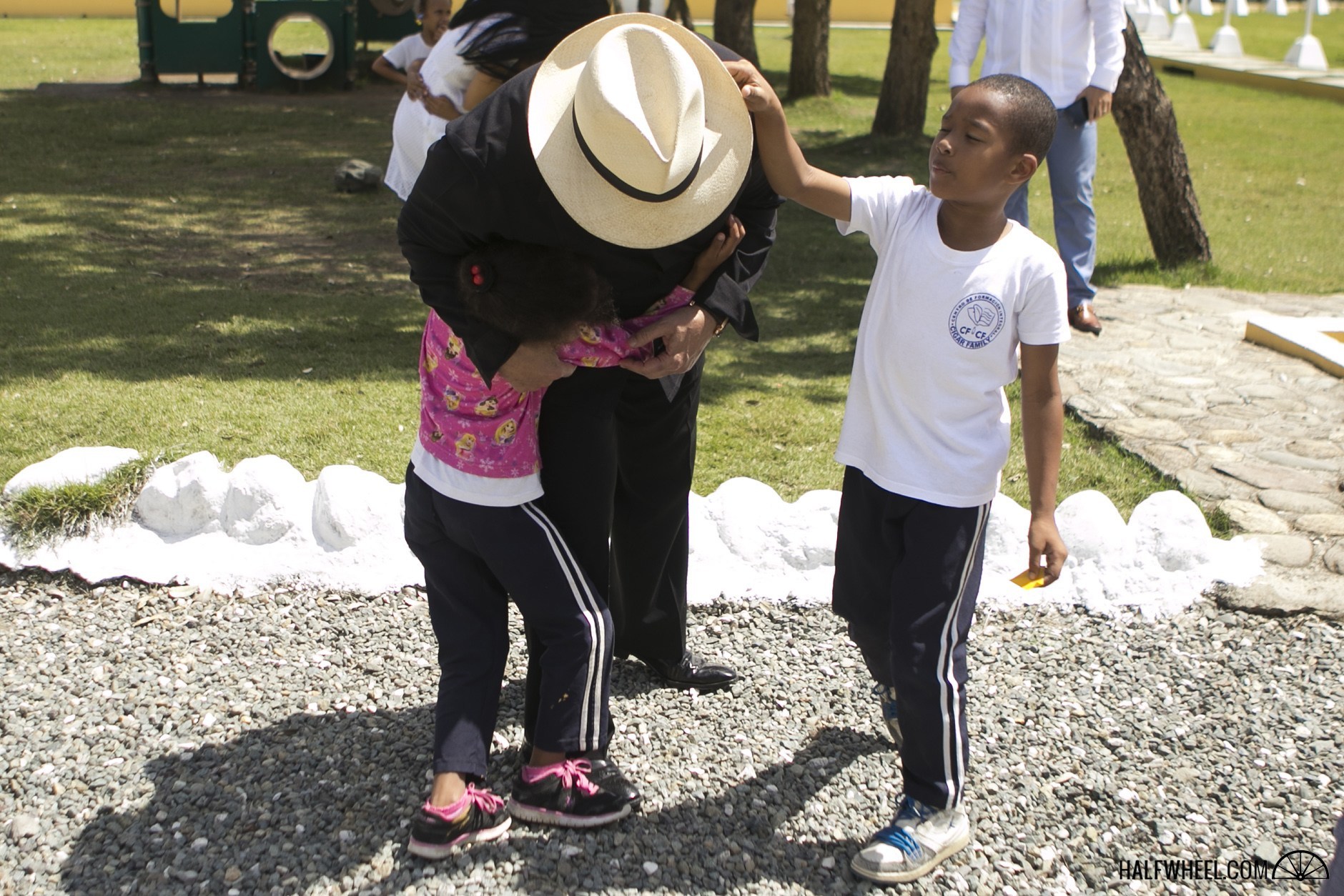 Throughout the day he rattled off story after story of students who are doing amazing things, from a former gang member becoming a black belt in martial arts and excelling in international competition while still returning to the school as an instructor, to a former student who is now a doctor and working with the United Nations. In the next year, the school will have more than 30 college graduates in its ranks, and all this from an area where in its first year, children as young as five years old were bringing knives and other weapons to school with the understanding that if they saw a child from a rival community, it was their obligation to kill them.

The day starts at an area known as the Grito de Carlito (Carlito’s Scream), an area that overlooks several of the company’s farms, ranchos and tobacco processing areas, as well as a new building that will house a museum, visitor center and cigar lounge in the near future. It’s a stunning transition from highway to rural road to an area bright with vibrant colors from flowers, landscaping and other touches that are rich with symbols that Carlito Fuente finds meaningful. Tributes to family members are ever present and the area is downright breathtaking, both in terms of the natural beauty due to where it sits in close proximity to a small mountain range, as well as for what Fuente has done to the place.

While Fuente spent time talking about his family’s history and a bit about cigars, it is mainly done to establish the bridge to what they have been able to provide the community. After that introduction to the day, our group went to the Cigar Family Charitable Foundation School, where we were greeted by a dozen students holding both Dominican and United States flags, ready to show off their English skills while a handful of teachers and staff surrounded them. 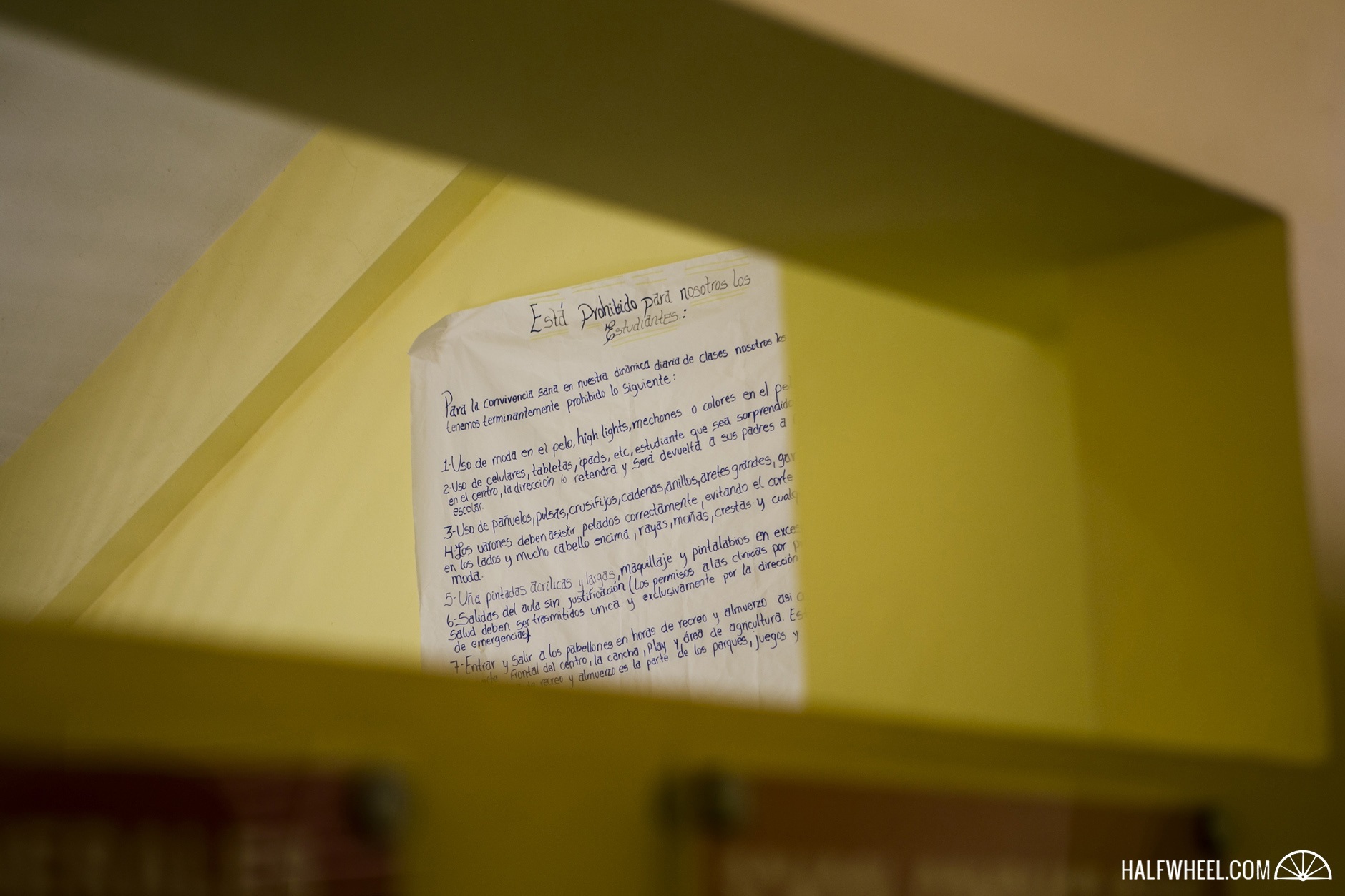 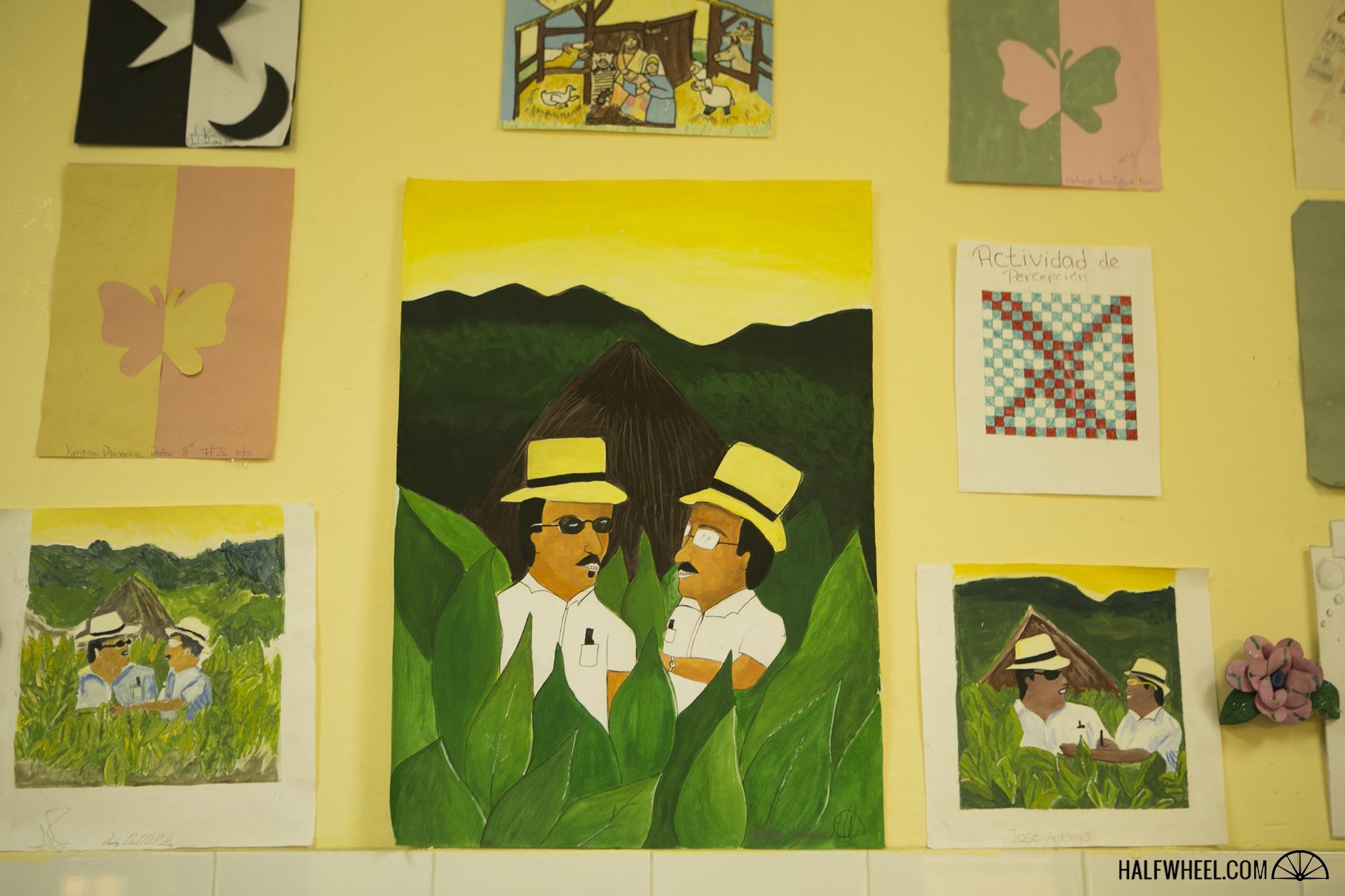 From there we moved to the health clinic and preschool, where the students sang the school’s official song for us and we saw what many consider to be the most important space in the school, as children are given the opportunity to tell teachers and staff what their home life is like and begin learning about basic skills and communication techniques. As we went to the next building, we were greeted by several students who wanted to show off their French proficiency, before getting a quick music performance from a group of third graders. We saw several more classrooms and the library, which overlooks the campus, before crossing one of the main play areas, which gave us the opportunity to see something truly magical. 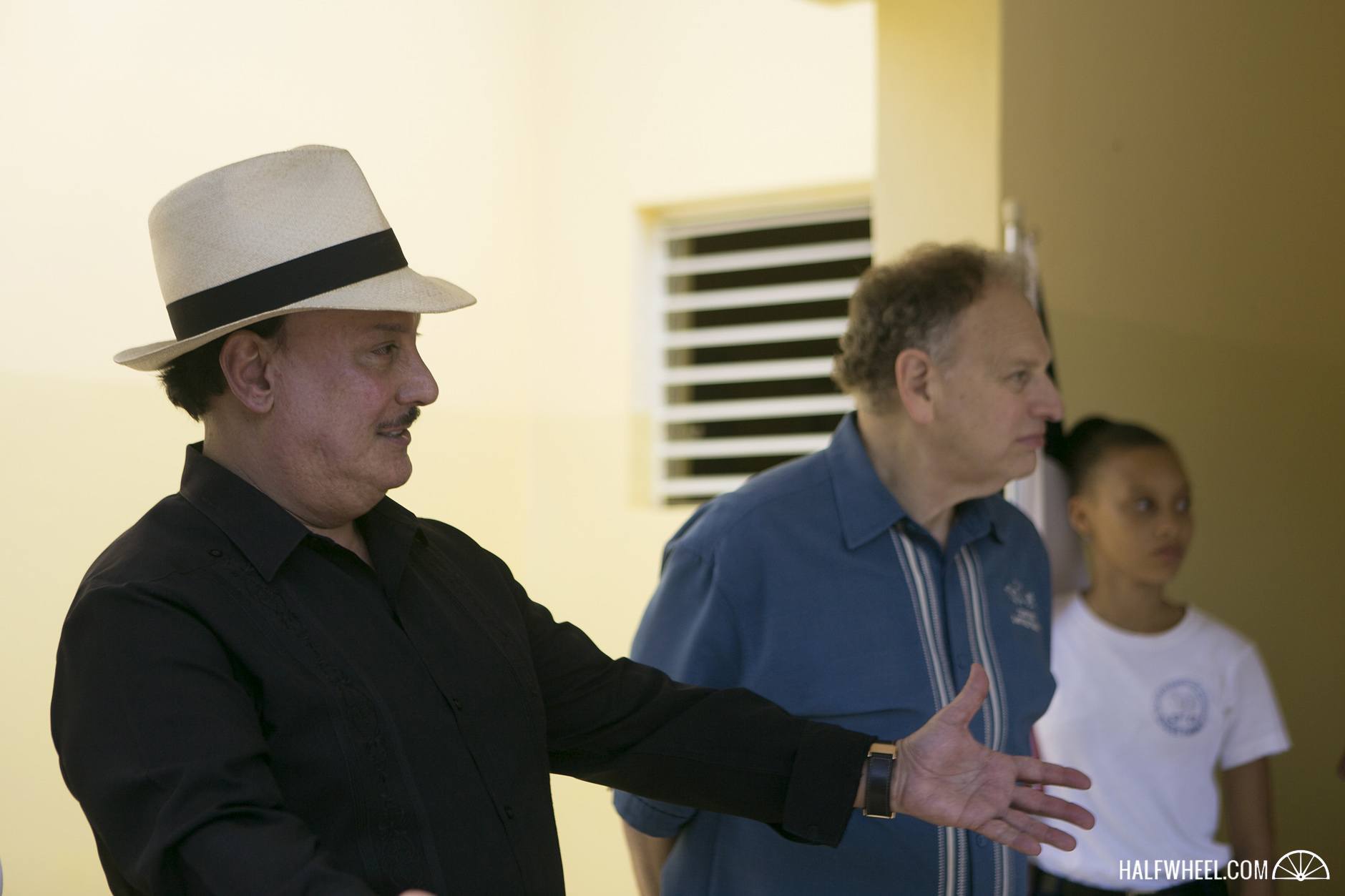 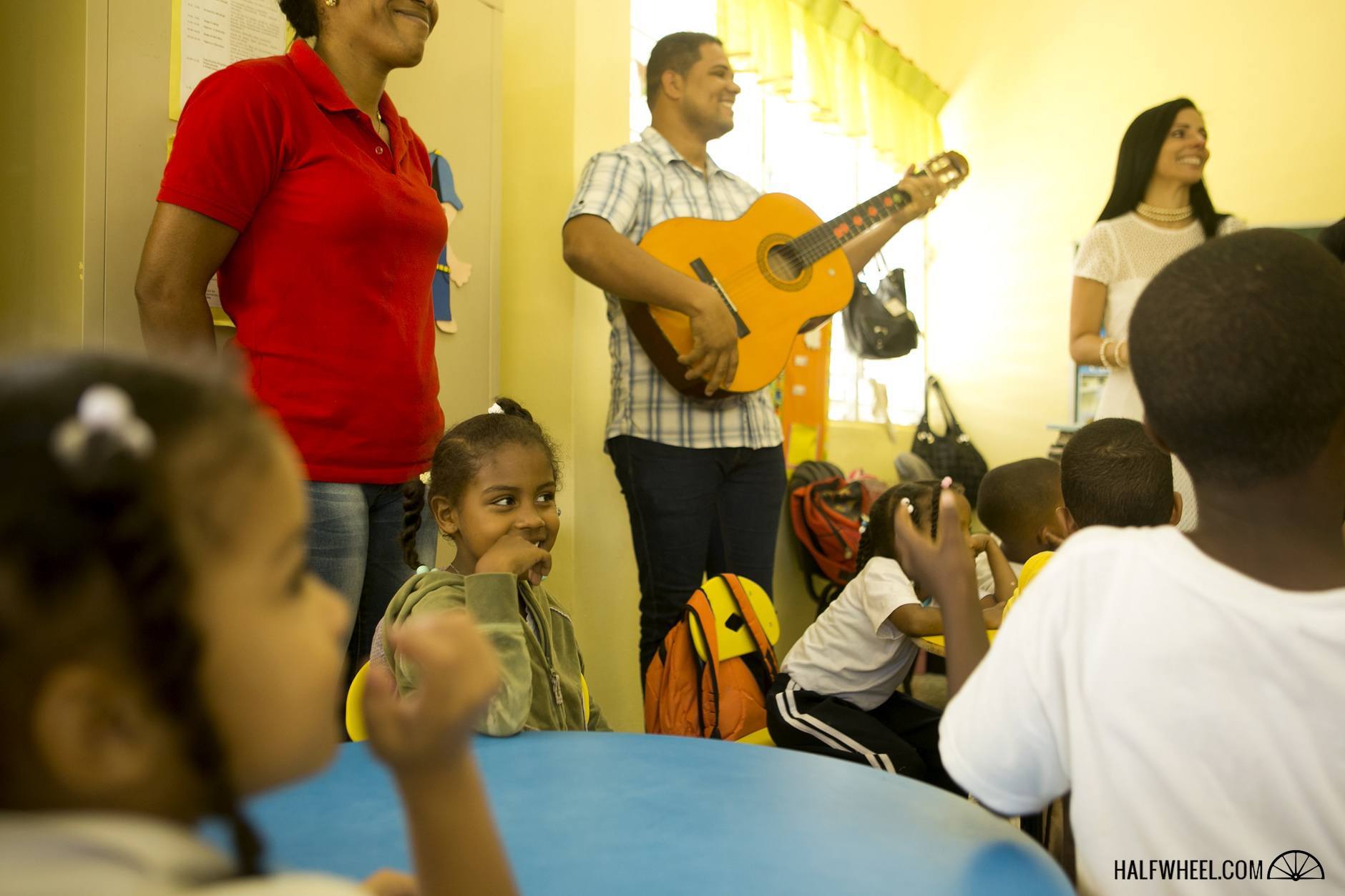 Almost immediately after Carlito Fuente emerged from the building, he was swarmed by young students wanting to give him a hug and express their love for what he has helped create. It was an almost surreal scene: beautiful, genuine and more heartfelt than probably anything I or any other Procigar attendee will see this week.

The group was then treated to a talent show by several of the school’s performing arts groups, including singers, musicians, dancers and even the school’s martial arts group. It was quite impressive to see these kids not only learning but being able to show off their talents and abilities while also growing in knowledge and self-confidence. 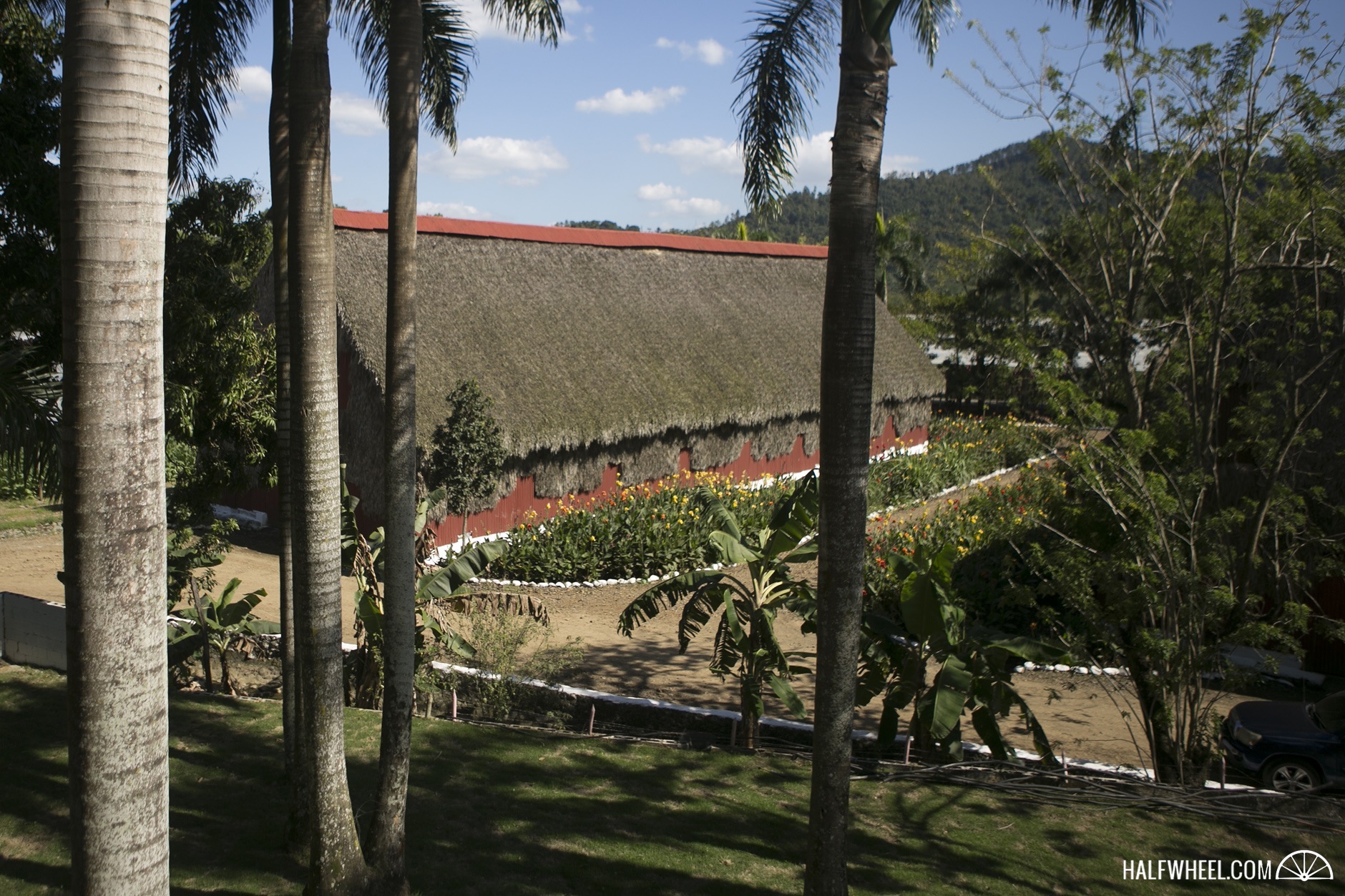 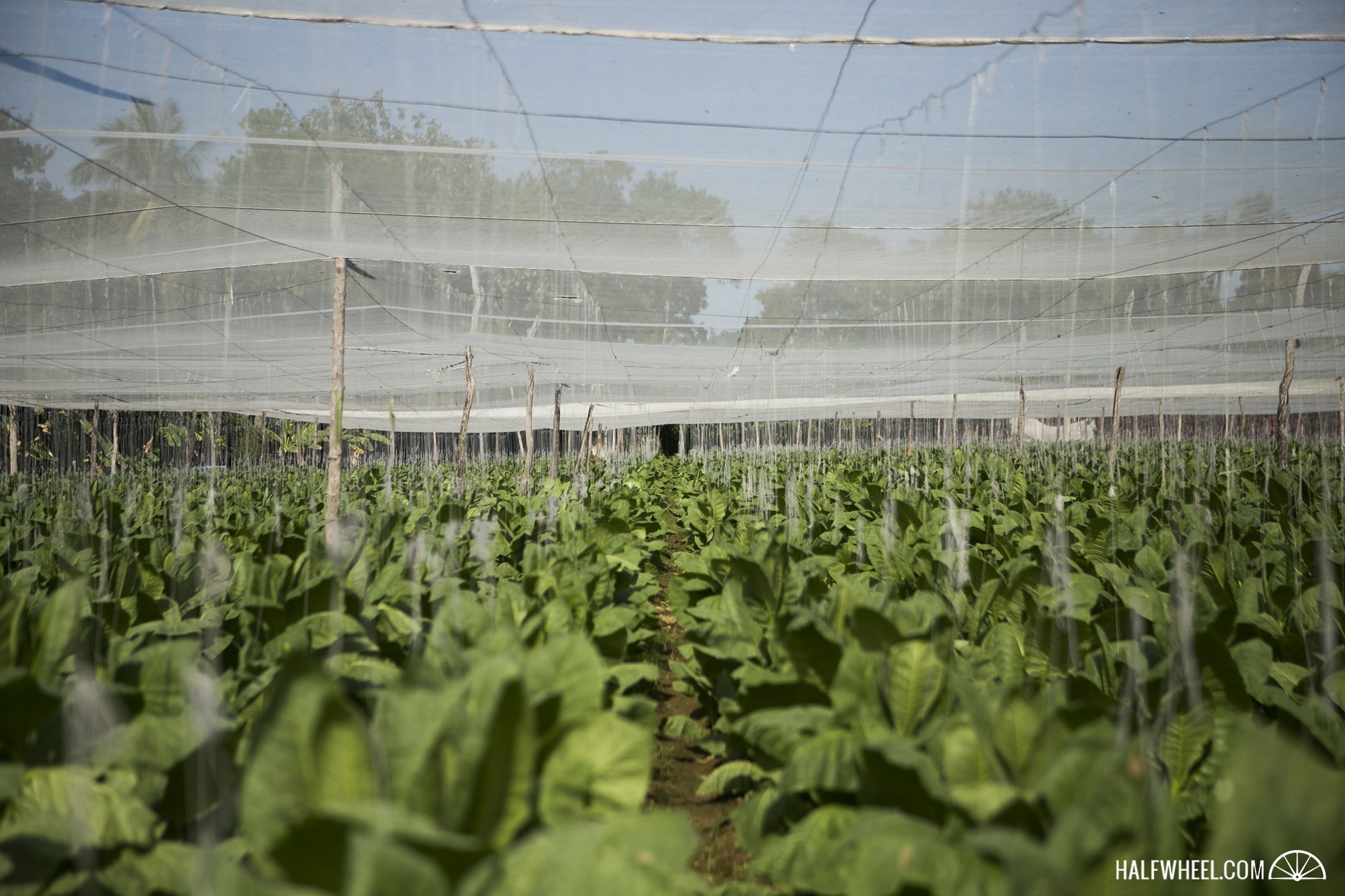 The daytime part of the program concluded with lunch and cigars at Chateau de la Fuente, with the company rolling out a local band and plenty of cigars, including the coveted Fuente Fuente OpusX A and several sizes of Angel’s Share. There wasn’t a formal tour of the farm, barns and support facilities, but Fuente encouraged people to walk around and explore the area once lunch was completed. 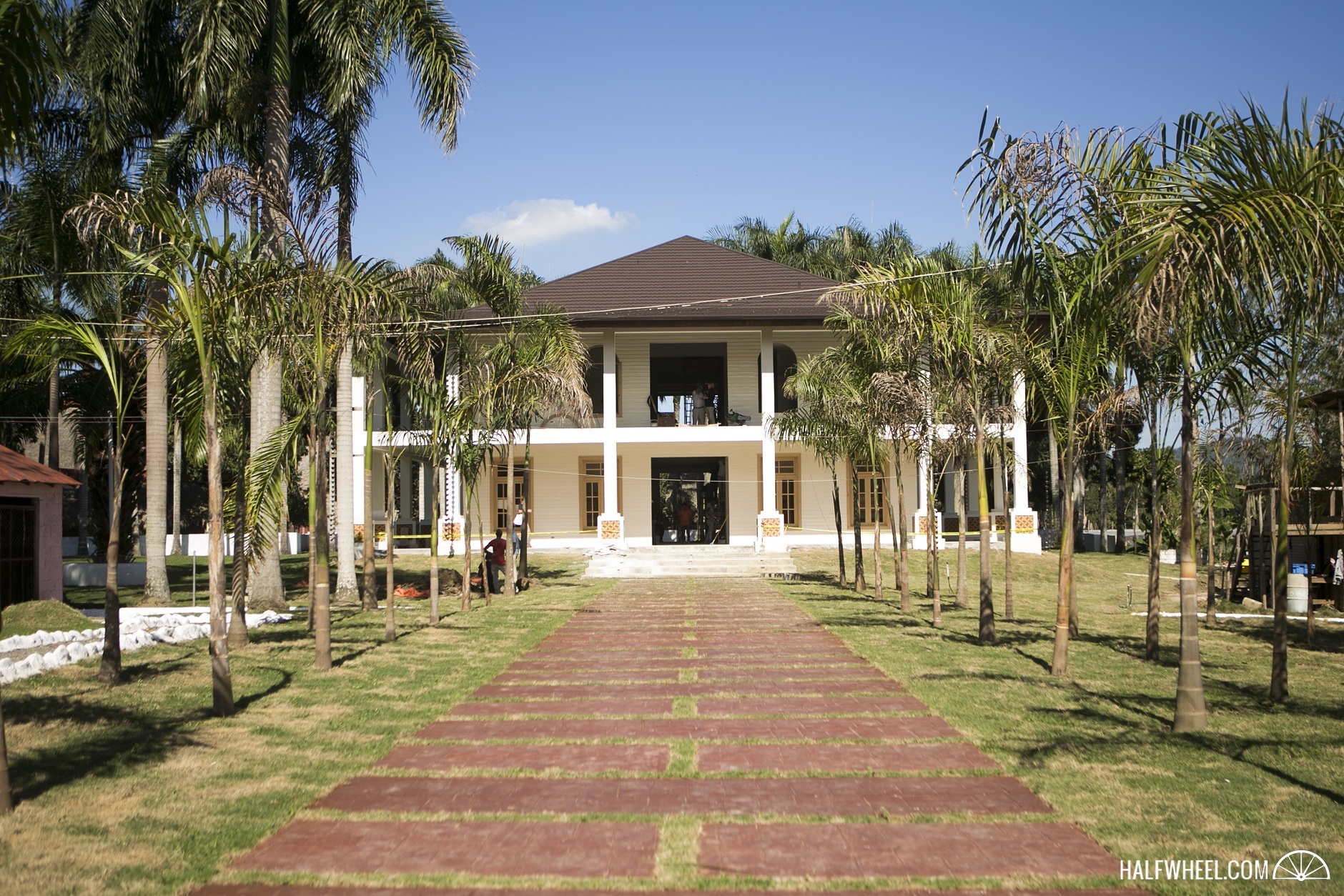 One place that got a fair amount of attention was a new house—or small mansion, depending on your frame of reference—that was being built and will be a museum, visitor center and cigar lounge when it opens in the near future. It is modeled after a house of Ernest Hemingway in Cuba and looks like a very fitting addition to the property, one that will live up to the Fuente level of quality. 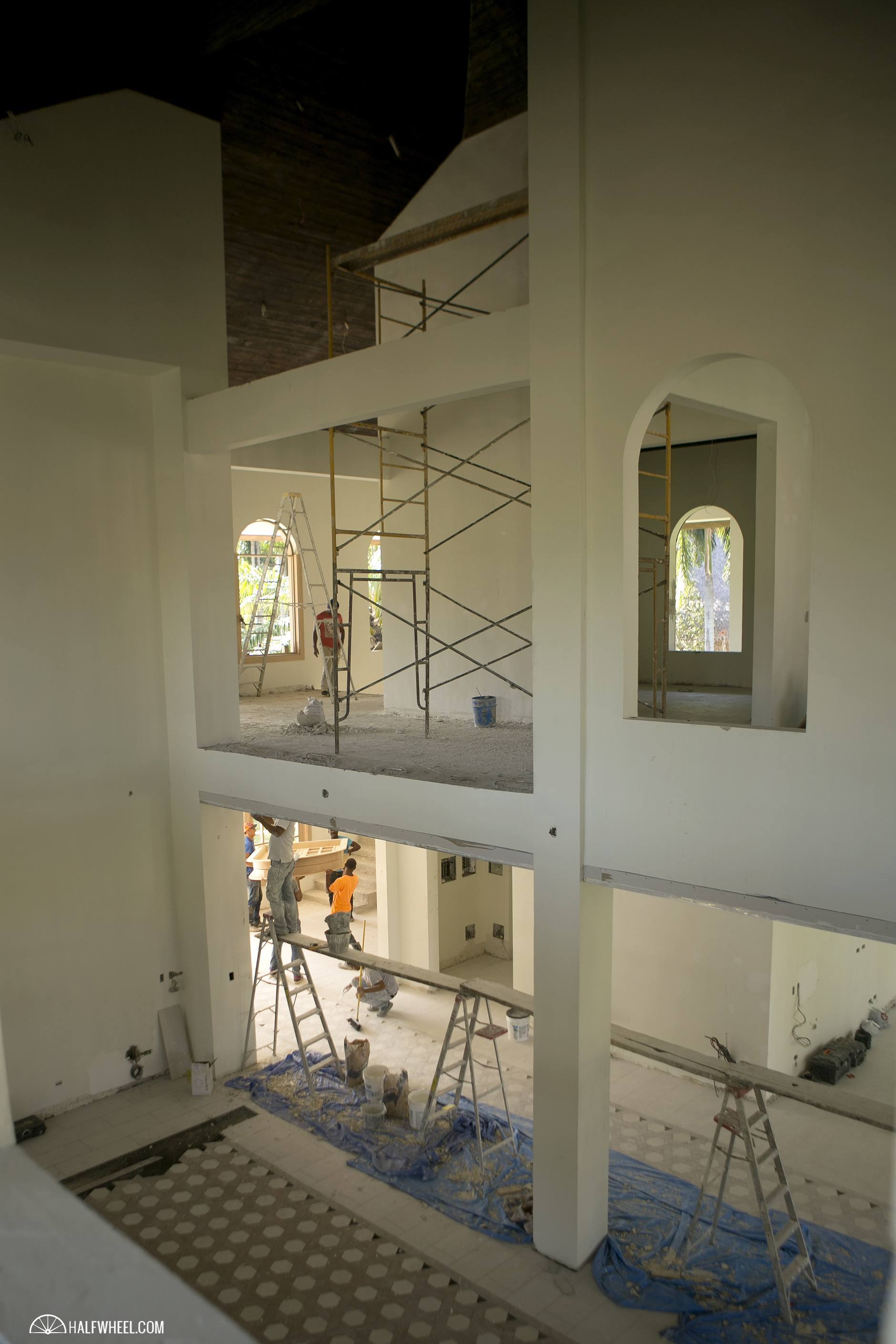 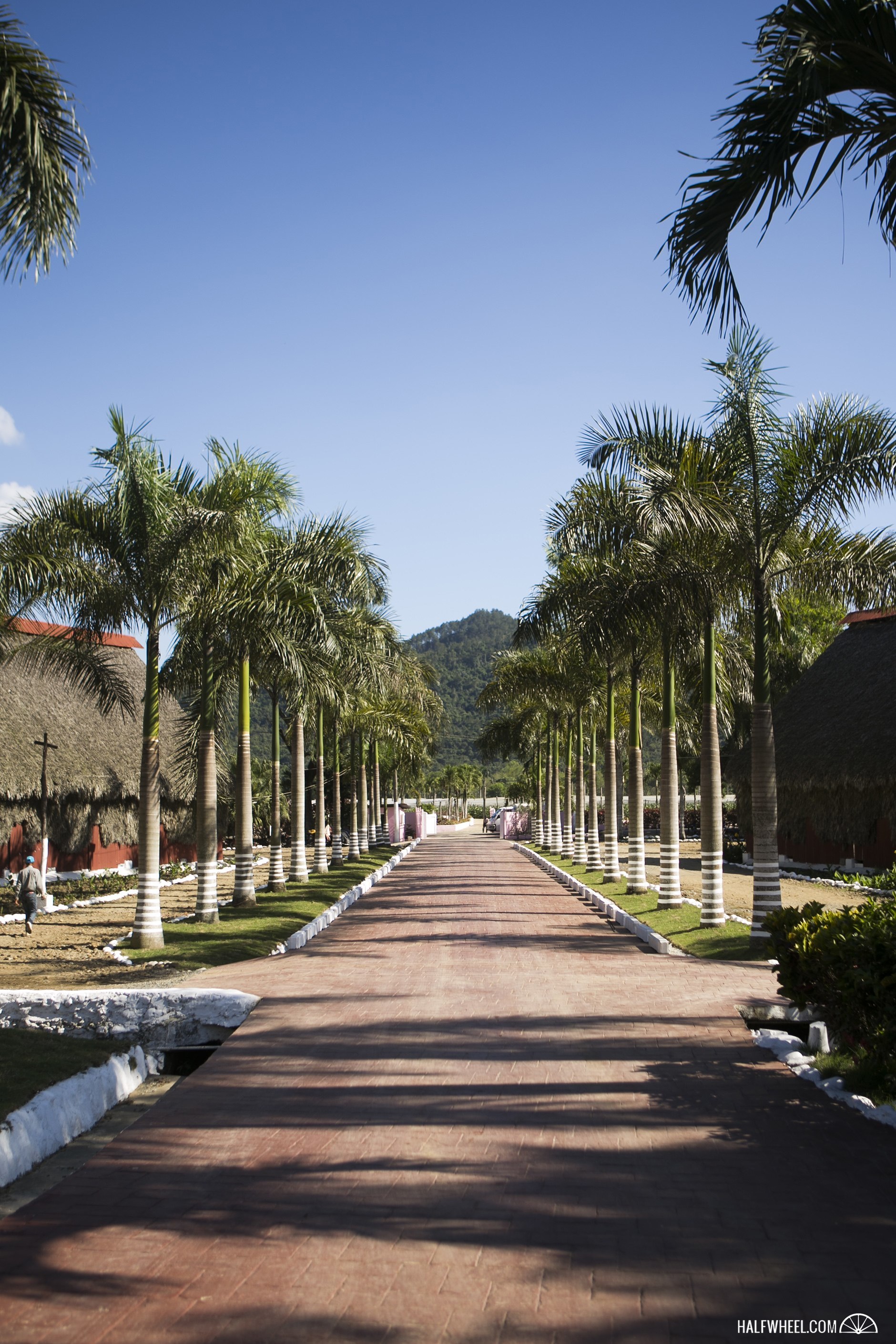 After a quick rest to get cleaned up for the evening, we were off to one of Procigar’s most well-known events, the White Party. Held at the base of the Monumento a los Héroes de la Restauración in Santiago, attendees are asked to dress in  as much white as possible for the festive evening, which once again features a box of cigars given out upon entry.

It’s another evening that features plenty of networking and socializing, a substantial buffet dinner and an hour or so of dancing to both a live band and DJ. Much like last night’s dinner, the crowd was substantial, numbering right around 600 people.

The event wrapped up just in front of midnight, with the crowd breaking off into after parties, returns to the hotel for a nightcap and cigar or for some, a relatively early bedtime.

Tomorrow brings about the fourth and final official day of Procigar 2016, starting with the option to visit one of several factories or fields, while some will be heading to the beach and others will be playing in the festival’s charity poker tournament.

For me, that means a trip to De Los Reyes’ farm and factory, while Charlie heads to Altadis U.S.A.’s farm in the La Canela area and will have that recap. After that, it’s the week’s grandest event, the gala dinner party and auction which raises funds for several area charities benefitting children, the elderly and a renovation of the Monumento a los Héroes de la Restauración.