For most people, Procigar—the Dominican Republic’s annual cigar festival—starts in Santiago, but for 150 or so of us, it’s starting at Casa de Campo, a resort on the southeastern tip of the island. The reason—as you will see tomorrow—is because of Tabacalera de García, the world’s largest cigar factory, which is located a few miles away in La Romana.

Tuesday is the day where will visit Tabacalera de García, but Sunday and Monday offer a bit more relaxing time before the hustle and bustle of Procigar really begins. 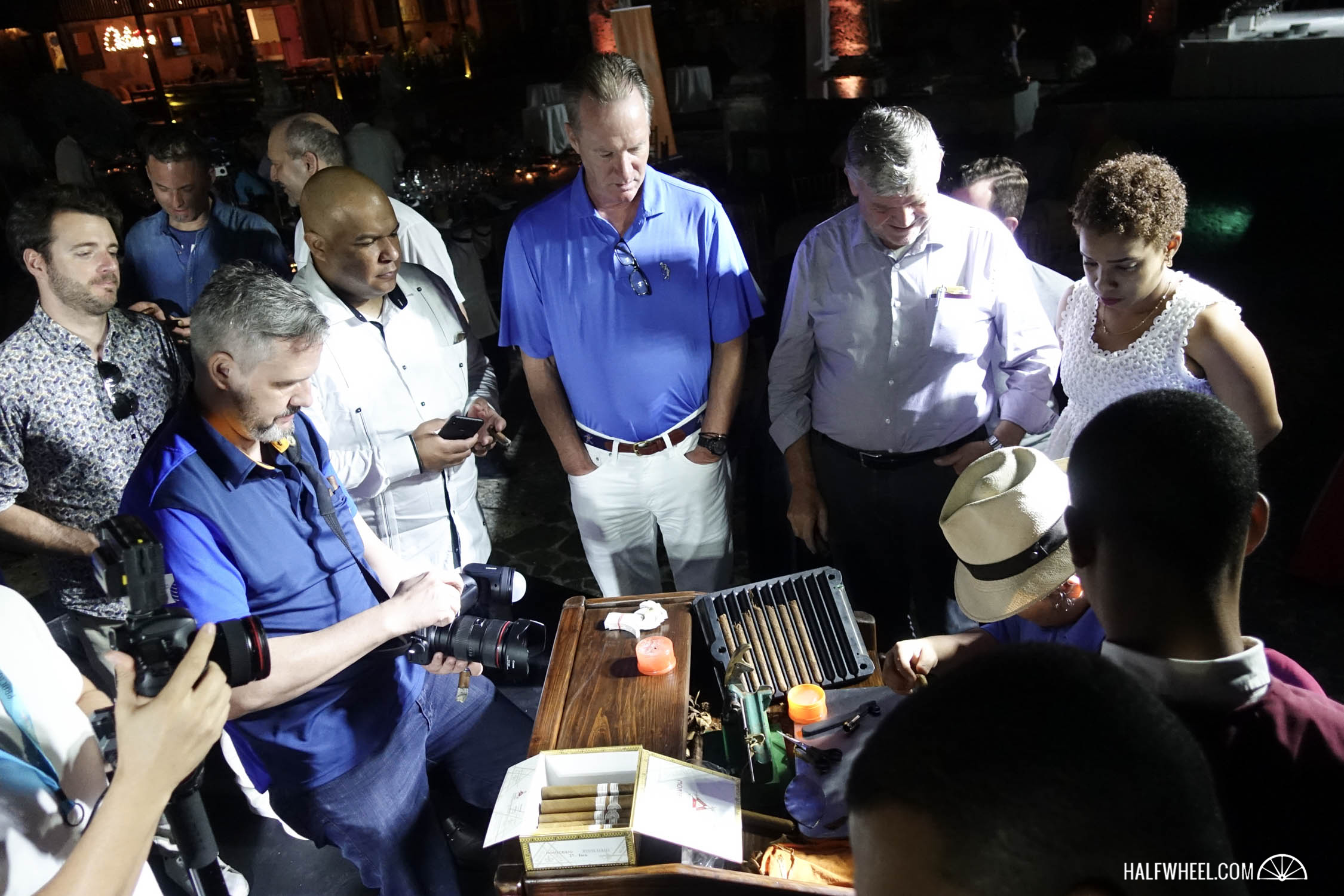 Unfortunately, the La Romana airport—which is about 15 minutes from Casa de Campo—doesn’t seem to be in service as much as it used to be. That means flying to Punta Cana, the resort town a bit less than hour away. After collecting my bags, a driver met me outside and drove me to Casa de Campo.

My family was considering going to Casa de Campo for a vacation and here’s how I described it to them:

Casa de Campo is a variety of different things. It’s a 7,000-acre area on the tip of the island, about an hour away from Punta Cana. It’s a mixture of a private, gated community with homes and a resort (also called Casa de Campo.) Located within the area are multiple golf courses, tennis courts, helicopter pads, shooting ranges and pools; a marina, the hotel, bar, a variety of restaurants/shops and Altos de Chavon, which was built in the 70s to recreate a Mediterranean village. It has a museum, amphitheater and restaurants.

Dinner was held in Altos de Chavon. There wasn’t much else to say other than the picture above, which shows a cigar rolling competition and one common theme of Procigar: cameras everywhere. Our time at Casa de Campo is meant to be relaxing and as such there were only two events scheduled for Monday: a boat ride and cigar seminar at the nearby Saona Island and dinner at Playa Minitas.

Unfortunately, the Festival del Habano, the Cuban cigar celebration that is also happening this week, got in the way of whatever I wanted to do on Monday. Normally the Cuban cigar festival is held the following week, but this year that has changed and the two overlap. Monday of the Festival del Habano is always busy, Habanos S.A. makes most of its announcements for the upcoming year on the first day of the event and as such, someone had to be there to write the half dozen articles pertaining to those announcements.

From what I understand, most people enjoyed the beach although it apparently took a lot longer than advertised.

Dinner was held on the beach at Casa de Campo, the same place as last year albeit a different section of the beach. I feel like I say this every year, but Tabacalera de García—the factory behind a lot of Altadis U.S.A. cigars—goes out of its way when it comes to hosting and this dinner was no exception. The factory is celebrating its 50th anniversary the year, something that was made quite clear on multiple occasions.

The highlight was simple, the fireworks display over the water that has hopefully uploaded by the time I have to leave.

Tomorrow is the longest day of Procigar. It starts at Casa de Campo to load buses for Santiago before heading to a tour of Tabacalera de García, then lunch and a lengthy bus ride across the island to Santiago.