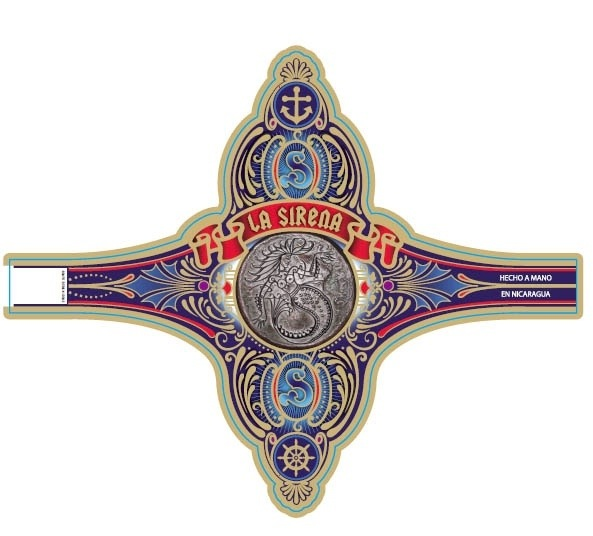 One of many announcements out of the IPCPR show from Miami Cigar & Co. was the La Sirena. A revival of an older brand, but a completely new blend. I smoked one shortly after the show and did a Twitter mini-review, but Twitter has lost that. Anyways, after the jump, pics and details of the newest Pepín stick.

La Sirena will be featured in five vitolas: The cigars will be launched at Casa De La Montecristo (outside of Chicago), November 19, 2010. Arielle Ditkowich, daughter of Danny Ditkowich of Tobacco Plaza, is the face of the brand, as well as the holder of the trademark apparently. There’s a host of events scheduled for the release. In addition to the launch, De La Concha will host an event featuring Arielle, Janny Garcia and Nestor Miranda.

I’ve smoked the Corona and Toro. I remember them as being wet, medium-full and having a medium to full flavor. They smoked a bit quick, but once again – not exactly the greatest storing conditions and who knows how fresh the cigars were.

Update: The reason why there’s a large discrepancy between wrapper color in the is because the band above was thrown on a random cigar, the real color of the cigar is reflected below.

“We are very happy to finally have that full-bodied cigar in our portfolio,” said Rene Casteneda, Miami Cigar Vice President of Sales. “We have never produced a full-bodied cigar of out the My Father Cigars factory until now, I am very excited to finally enter this market.”

La Sirena Cigars will retail from $8.00 to $10.00 (U.S.) per cigar.
Update III: The cigars are in the Miami Cigar & Co. warehouse (in Miami) and should be available for retailers this week and show up in stores later this week, early next week. Prior to late January, the cigars have been in “soft launch”, i.e. available at a few stores around the country (stores that had hosted La Sirena events for the most part), but not available for order otherwise; this obviously changes. The only store that I know that had any in stock without a La Sirena event was Buckhead Cigar Club LLC in Atlanta, who brought them in for the ATL Cigar Tweet-Up.

(Picture of band and cigar with band via Miami Cigar & Co.)