October 6, 2013 (Miami, Fla.) — The Toraño Family Cigar Company has reintroduced their venerable Reserva Selecta premium cigar line.  The box design has been face-lifted, but the cigar’s award-winning blend remains untouched.  This comes after fourteen years as the centerpiece of their broad portfolio of top-rated boutique premium cigars.  Reserva Selecta was among the earliest of many Toraño cigars to gain a 90+ rating. 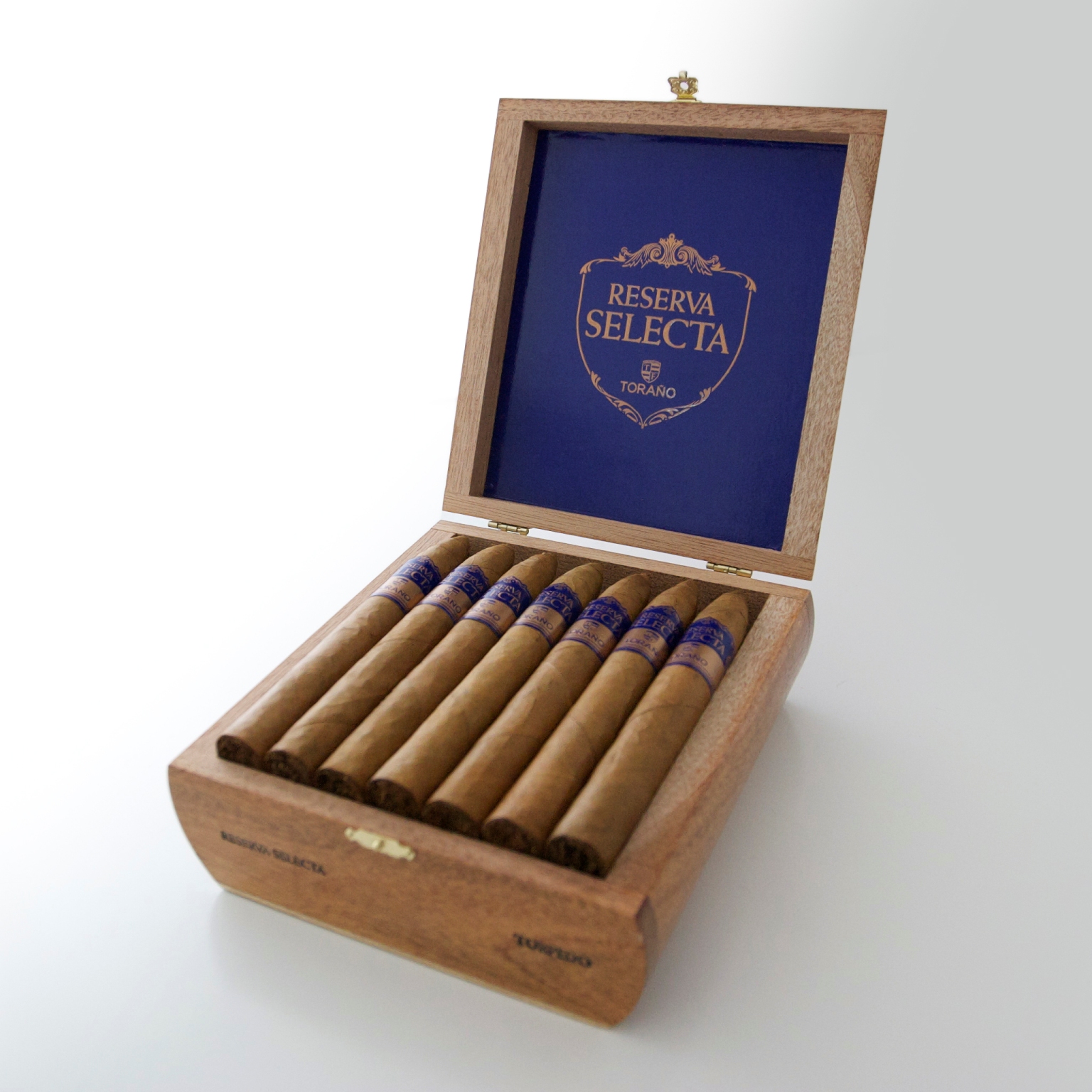 First debuted in 1999 as their “Millennium Cigar,” the Reserva Selecta went on to become one of the Toraños’ most successful brands.  It celebrates the Family’s heritage in dark tobacco and fine cigars that dates back almost a century to 1916.

Four shapes are offered: 5″ x 50 Robusto, 7-1/4″ x 48 Churchill, 6″ x 52 Torpedo and the new 6″ x 60 BFC.  All the tobaccos in Reserva Selecta are aged a full 3-5 years.  That plus the selection of meticulously blended tobaccos makes Reserva Selecta a “sophisticated mild-to-medium smoke with balance and harmony,” according to President Charlie Toraño.  The Toraños have faithfully held to the cigar’s original top-rated blend recipe … Connecticut shade wrapper; Indonesian binder; and Dominican, Nicaraguan and Honduran filler … with no changes whatsoever.  The secret to Reserva Selecta’s worldwide success is the blend, preserved in the Family’s “blend book” that holds the recipes to it and all other Toraño blends.

The presentation for Reserva Selecta has undergone a face lift.  The cigars were originally sheathed in cedar and presented in crystal tubes.  The box held 20 cigars in two removable trays with compartments for the individual cigars.  As Charlie Toraño reveals, “Consumers and retailers continue to heap praise on the blend, but have asked us to eliminate the tubes to save both cost and shelf space.”  The newly reintroduced cigars are presented in cellophane sleeves and packed in high-quality but more conventional boxes of 20.  The new presentation eliminates the cedar sheaths, crystal tubes and compartmentalized trays.  In addition to reducing the packaging costs substantially, the boxes are now considerably narrower allowing retailers to display more Toraño cigars in a given space.  The Reserva Selecta band has also been updated to reflect the Toraño’s new band logo, although it retains its iconic blue color.”

Manufacturer’s suggested retail prices for the Reserva Selecta line fall between $6.95 and $8.30.  Explains Toraño, “Offering this most popular cigar in fresh packaging and at a reduced price will introduce Reserva Selecta to an entirely new audience.  Sales have remained strong and steady since 1999, and the steps we’re now taking will keep it a bedrock cigar with us.” 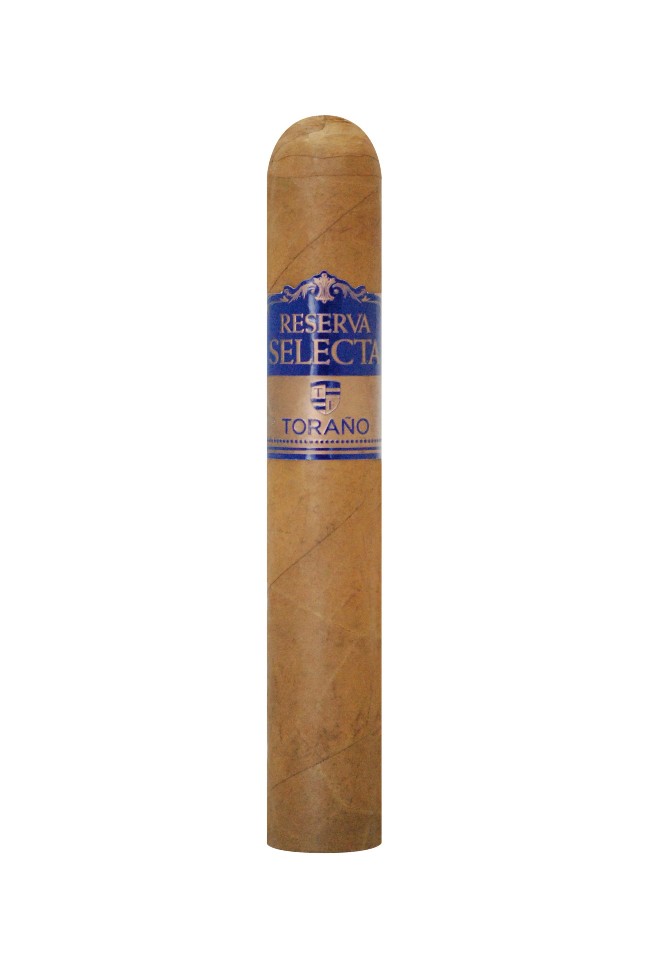