July 28, 2012 (Miami, FL) – PDR Cigars USA, one of the industry’s premier boutique cigar makers are excited to announce the release of the A. Flores Serie Privada, which will debut at this year’s IPCPR trade show in Orlando, FL on August 2nd.

The year 1975 signifies the year that brand owner and master blender Abraham Flores was born.  In only a few short years in the industry Flores has grown to be one of the industry’s most sought after cigar makers having put out stellar premium boutique lines such as; PDR Small Batch, PDR 1878, and PDR Reserva Superior. Additionally Flores has made cigars for a myriad of companies which include Ghurka Cigar Group, Cigars International, Famous Smoke Shop, Thompson Cigars, La Palina Cigars, Primer Mundo Cigar Company, and Herrera Cigars to name a few.  With an 80 year history the PDR Cigars factory only employs the most experienced rollers and craftsmen.  This commitment has served them well. Now in its 8th year of independent operation the PDR Cigars factory has established a solid footing in the premium boutique cigar arena.

“I am extremely proud to have the opportunity to build on the legacy of the exceptional cigar makers that have been making cigars here in the Dominican Republic for decades,” said Abe Flores, President of PDR Cigars. “I am very excited about bringing this new line to the market bearing my name.  We’ve taken special care to select the finest tobacco and create an exceptional blend profile that we feel today’s cigar enthusiast will truly appreciate.”

“I felt that it was important that the line was representative of the vitolas that I enjoy smoking and offers the consumer a great smoking experience in terms of blend, packaging, and pricing,” Said Flores. 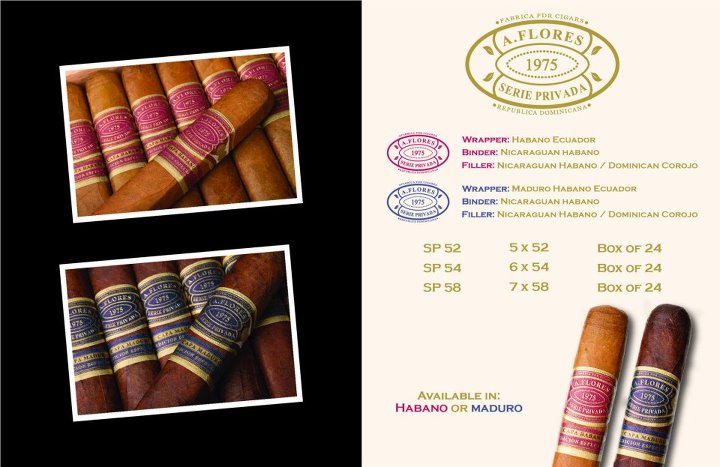