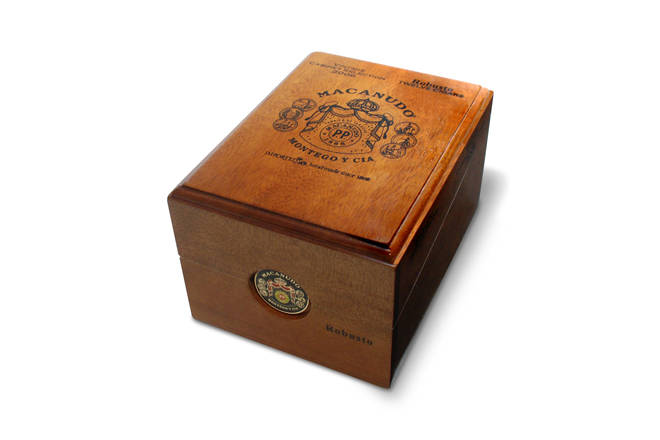 General Cigar is proud to present Macanudo Vintage 2006, a phenomenal cigar showcasing only the most refined Connecticut Shade wrapper leaves from the 2006 crop.

More than 30 years ago, General Cigar created its first Macanudo Vintage cigar to spotlight an exceptional wrapper developed in part by Mother Nature herself. Today, guided by meticulous aging and precise maturation techniques which have been handed down throughout the years, the Vintage tradition continues with the release of Macanudo Vintage 2006. “The Vintage 2006 Connecticut Shade wrapper was cultivated under perfect weather conditions.  Ideal sun, rainfall and temperatures yielded an extraordinary crop of shade tobacco that is beautiful to see, and even better to smoke,” said Bill Chilian, director of marketing for Macanudo.

These exceptional cigars will be protected in handsome mahogany boxes. When the lid is lifted, the fragrant cedar aroma and eye-catching golden metal cigar bands take over the senses, beckoning the true cigar lover to savor the indulgence that can only be had with a time-honored classic.