February 24, 2014 — A historic line within a brand that’s pure tradition in itself, like Hoyo de Monterrey, is now featuring the brand-new Le Hoyo de San Juan, a vitola that promises to be a revelation in the 16th Habano Festival.

There are reasons galore. First of all, the Le Hoyo Series includes a new vitola for a brand that hasn’t added a new presentation for decades. Secondly, this is a thick ring-gauge vitola that lets lovers of Hoyo de Monterrey enrich the assortment of long-range gauges –so scarce up to now in this brand. Le Hoyo de San Juan also stands out for showing off a new concept in the in-depth manufacturing of habano blends, with characteristics of its own for each and every one of the Cuban Denominations of Origin. In this case, the Hoyo de Monterrey’s signature soft tasting blend has been hand-rolled using exclusively leaves out of the tobacco-producing district of San Juan y Martinez (D.O.P.), relying on volado, seco and ligero leaves that add a very peculiar taste, let alone the traditional consistency and intensity of habanos coming from these lands.

The size of its factory vitola (Geniales, ring gauge 54 x 150 mm long), augurs quite a huge acclaim for Le Hoyo de San Juan among not only the brand’s enthusiasts, but also lovers of thick ring-gauge and midsize cigars, not to mention for scores of people who prefer a consistent and well-balanced habano in the same breath. 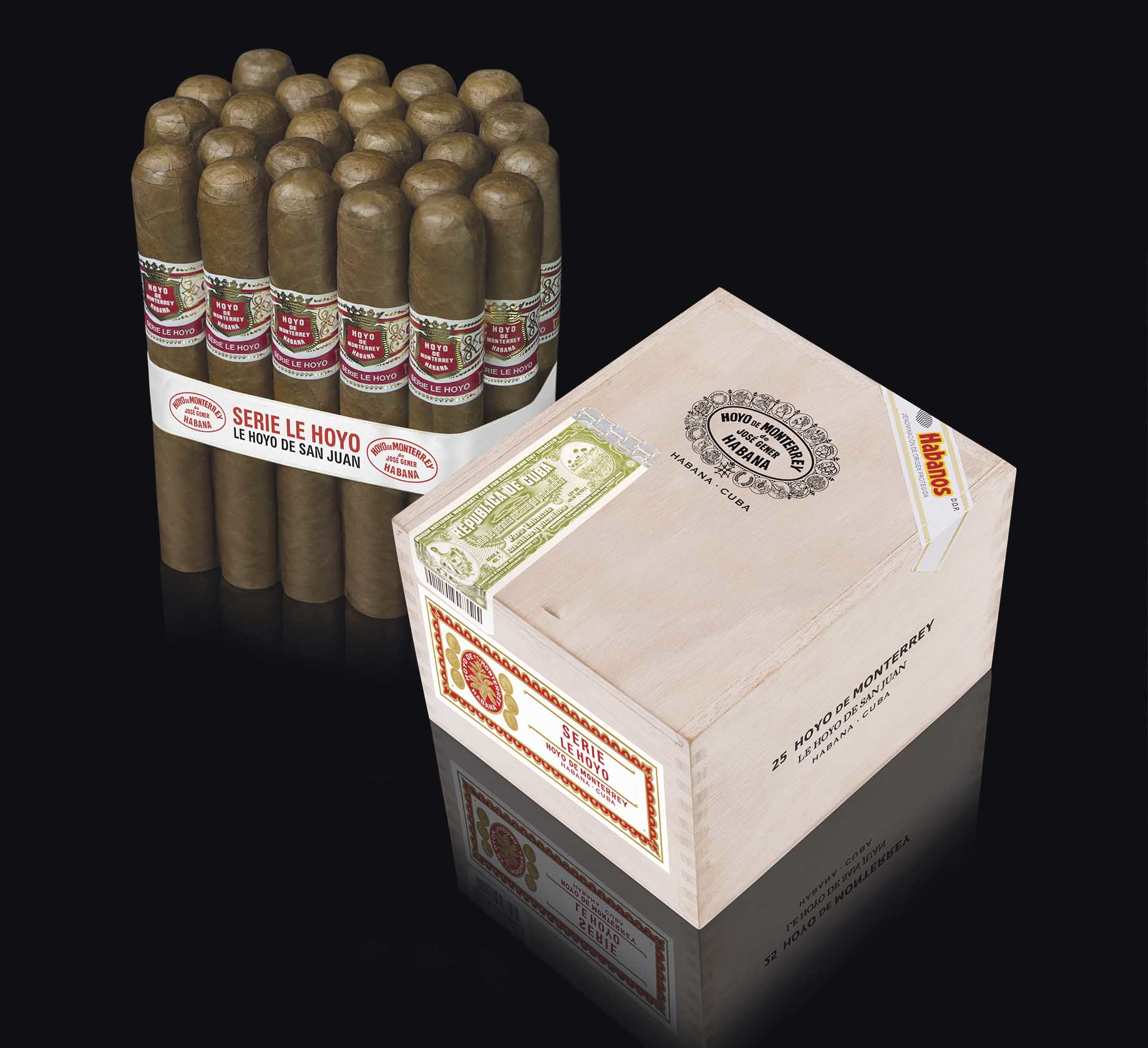 What’s more, these boxes add innovations in the brand’s image. Firstly, the adhesive outer paper inlays for the 25- and 10- unit containers. Also the wrapping ribbon that spruces up the 25-cigar bundle is now white, a token that would definitely help identify the new Hoyo de Monterrey vitola among the brand’s enthusiasts.

Last but not least, Le Hoyo de San Juan will carry the new Le Hoyo Series band that tells this vitola apart, still featuring the traditional red color and the brand’s image on the lower side.