November 21, 2013 (Hialeah Gardens, Fla.) — Espinosa Premium Cigars is proud to announce the unveiling of their domino lounge at Cordova Cigars in Pensacola, Florida. The Espinosa Cigars Domino Lounge features custom domino tables and a variety of branded decor from Espinosa Premium Cigars.  Over the years Erik Espinosa has been to Cordova Cigars for a number of events, all of which end up turning into domino tournaments, usually rather quickly.  Erik helped spark interest in Cuban-style “Nines” and has become a Cordova Cigars domino legend. It is for that reason, that Robbie Morton, founder and owner of Cordova Cigars, wanted to dedicate this lounge in Erik’s honor. “We at Cordova Cigars are extremely honored to become an even closer part of the Espinosa cigar company’s family. Erik Espinosa is one of the best friends Cordova Cigars has ever had, and we have both supported each other without question since day one of Cordova Cigars, which opened very shortly after the launch of 601 a number of years ago”, explains Robbie.

This marks the second branded lounge from Espinosa Premium Cigars. The first being the 601 Cigar Lounge at Casa Belicoso in Walnut Creek, California, which was launched on September 23, 2011. 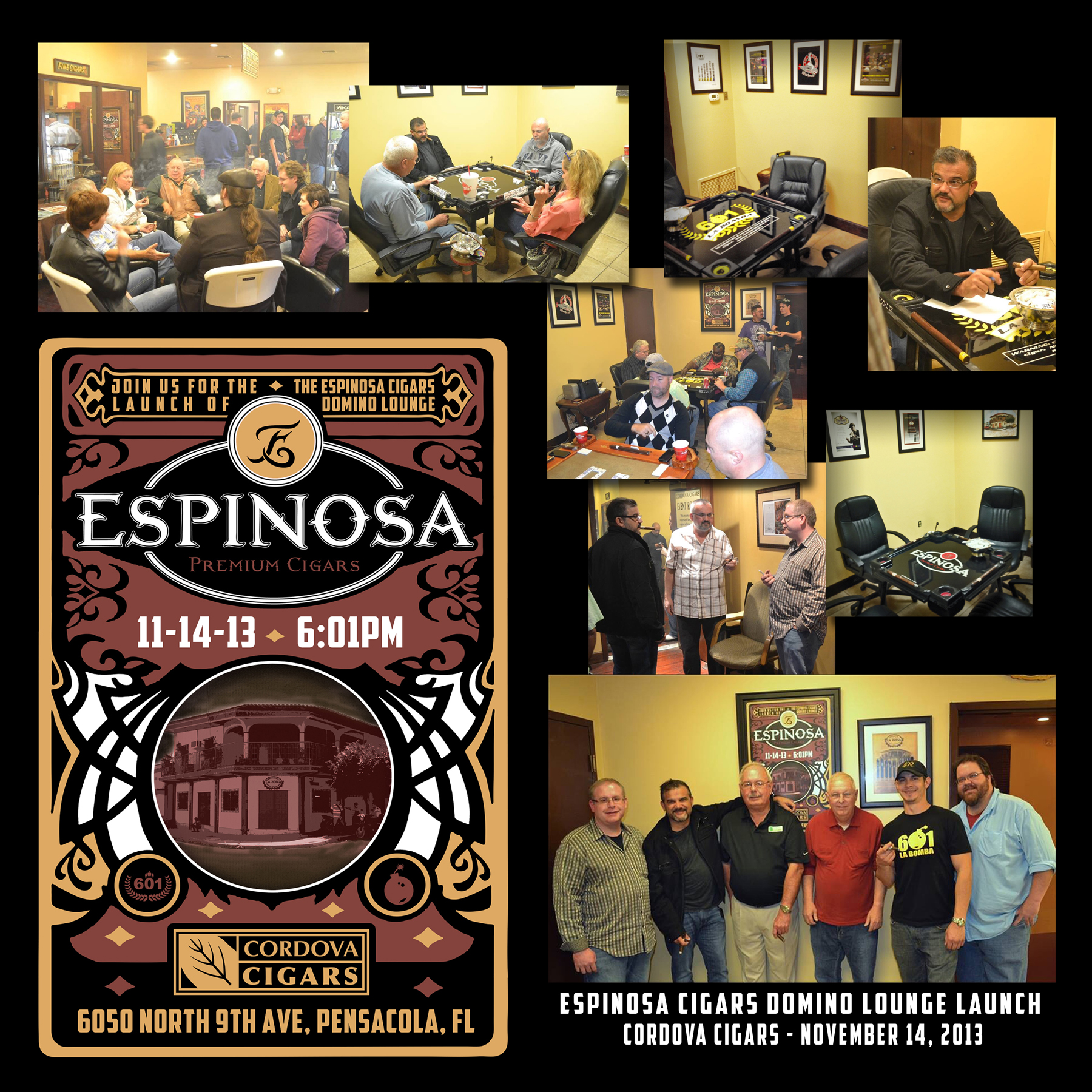 Additionally, Anthony Jimenez of Espinosa Premium Cigars has told halfwheel that a lounge exclusive cigar is in the works.